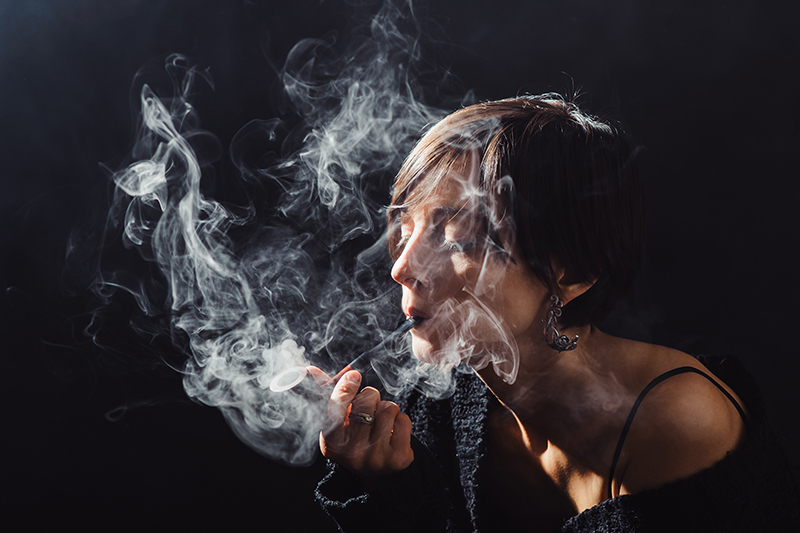 Throughout most of modern history, women around the world—particularly in the Western world—have taken up leisure pipe smoking, and there are graceful, stylish pipes made specifically for them, but this article is not about pipes made for them or which pipes they prefer to smoke. It’s about women who make pipes and women who smoke pipes. This is not my area of expertise, but their activism and participation warrants that their story, long overdue, be told.

Women as Pipemakers
There have always been glimpses of women’s art within male-driven societies, and pipemaking was no exception. “Women have always been active in the pipe-making industry—as wives and widows, as decorators and finishers, as pipe firers and proprietors, and as independent craftspeople. Women manufactured pipes for most of the year while their husbands soldiered and sailed and for all of the year when their husbands died. Women were also represented in the iconography of the pipe as symbols of England, Home, War, and Peace” (Sean M. Rafferty and Rob Mann, eds., Smoking Culture, 2004, 207).

There are indications that, as early as the 1620s, women tobacco-pipe makers were working in their own right, occasionally taking on young men as apprentices in the trade” (Ilana Krausman Ben-Amos, Adolescence and Youth in Early Modern England, 1994, 147). More specifically, these women were involved in the lighter tasks of finishing and glazing the clays. According to the 1909 “Women’s Trade Union Movement in Great Britain” (Bulletin of the Bureau of Labor, Volume XIX), all 24 of Glasgow’s tobacco pipe finishers were women, and the 86 pipe finishers in Manchester and Newcastle were women. However, there’s some evidence that these women were never formally apprenticed. Across the pond, in 18th-century Gouda, boys rolled the clay, men did the molding and women finished and glazed the pipes; they were forbidden to make pipes. In this fledging industry, women were essentially rendered invisible. However, in the United States, “The women also make pots, earthen vases and [clay] smoking pipes” (Matthew C. Emerson, Decorated Clay Tobacco Pipes from the Chesapeake, 1988, 163).

Sophia Isberg of Motala, Sweden (1819–1875), was the first female wood pipemaker, or more precisely, wood pipe carver (see “Lena ‘Jungfru’ Isberg. Master Carver of Motala,” Pipes and tobaccos, Fall, 2005). Two others in the mid to late 19th century, Carla Nielsen (probably Danish) and Maddalena Bianchi of Venice, had received slight mention in the annals of pipe history, but the record is absent details about which mediums they worked in or how productive they were. At Kapp & Peterson, “Out of a total of 84 hands thus employed, not more than 20 are female—these are usually confined to a special branch such as polishing, etc., which is a much lighter sort of work than what is usually to be found associated with the average factory” (“Irish-made Briar Pipes,” The Leader, July 18, 1903, 343). In a later article about Saint-Claude, France, where some five million briars were being produced annually by more than 1,000 artisans, the only role for female workers was polissage: “A variety of sanding, buffing and polishing operations is mainly the job of women, most of whom learned the skill from their mothers, as [they] did from theirs” (John A. Linkletter “The art of making pipes,” Popular Mechanics, February 1977, 38H).

As to whether women were employed in the production of modern pipes in American factories, it’s known that “110 women and girls” worked in the corncob factories of Missouri Meerschaum during World War I (A.T. Edmonston, “Missouri Meerschaums Furnish a Growing and Interesting Industry,” United States Tobacco Journal, Jan. 3, 1920, 18). The headline of a 1937 New York World-Telegram article about New York’s Wilke Pipe Shop read: “Their Father Hadn’t Any Sons to Teach His Craft To, So He Taught His Daughters to Carve Fine Pipes,” and a 1950 news clip in the Sarasota Herald-Tribune proclaimed that Anna and Louise Wilke were “the only women pipe makers in the USA.”

Most all on this list were inspired by someone in the family who was/is a pipemaker or was/is under the tutelage of another artisan. Yuki Tokutomi is Hiroyuki’s daughter; Asami Kikuchi studied under Seb Tsuge; Nanna Ivarsson is the granddaughter of Sixten (who died in 2001) and the daughter of Lars (who died in 2018); Marlene Micke is Jørn’s daughter; Anne Julie is the wife of the late Poul Rasmussen; Tine Loran is Ib’s (Pibe-Dan) daughter; Manduela trained with Poul Ilsted; Vilma Armellini is the daughter of Mauro (who died in 2004); Sara Mossberg is Love Geiger’s wife; Karin Romeo is Domenico “Mimmo” Romeo’s wife (“Pippo” Romeo is Mimmo’s father); Michaela Daniels is the daughter of pipemaker Klaus Hahn; George Dibos and Quinton Wells guided Scottie Piersel; Silver Gray collaborates with Brad Pohlmann; Elena Doroschenko apprenticed with Russian master Sergey Cherepanov; and Ukraine’s Alex Brishuta schooled Irina Serova. Having learned the fundamentals from Lee von Erck, Avril Gan made her debut at the 2015 Chicagoland show and plans to make pipes full time in the near future.

According to Jakob Groth, Else Larsen, who passed away in 1997, was Denmark’s first female pipemaker. Søren Refbjerg Rasmussen explained that “Else began as a house cleaner for Øle Larsen in 1963 and showed a degree of talent for making pipes. She eventually opened Else’s Pipe Repair Shop behind Øle’s establishment and began making pipes, but she was more noted for her repairs and for fabricating those stylistic Larsen horn and amber pipe tampers.”

Women as pipe smokers
In the last 20 years of extensive and intensive research focused on women and tobacco and on women and smoking, studies essentially centered on cigarettes and health, but has there been serious attention paid to women as pipe smokers? No, but through the years there’s been occasional commentary about this phenomenon appearing in many unexpected outlets: J. Elliot Hodgkin, “Women and Pipes” (Notes and Queries, 10 ser.12: 378, 1909); “Blow some my way: will women turn in droves to pipe smoking?” (Printer’s Ink, 1932); “Women turn to pipes” (New York Times, 1944); “Take a deep breath and be prepared—ladies do want pipes” (Brooklyn Daily Eagle, 1945); “Pipes and the Fair Sex” (Pipe Lovers, July 1948); “Briars on the distaff side” (Business Week, 1954); “Pipe This” (Saturday Evening Post, 1964); “Women Are Switching To Cigars and Pipes” (New York Times, 1964); “Women Pipe Smokers” (Pipe Smoker, 1986); “For women, pipes may be the ultimate smoke” (Smokeshop, 1988); and “Why should pipe-smoking be a hobby limited to man?” (The Guardian, May 18, 2008).

In a Jan. 20, 2018, post, Loren Stein shared her views: “These days pipe smokers are usually men 45 years or older. Reasons for the decline may include the pipes’ lack of appeal to adolescents and women … female pipe smokers remain uncommon” (“Pipe Smoking,” consumer.healthday.com). Irrespective of these biased views, female cigar smokers are avant-garde these days, and female pipe smokers have also become a force to be reckoned with. The movement should not be attributed solely to the idiosyncratic, eccentric and independent fashion editor turned politician and diplomat, Republican Congresswoman Millicent Fenwick. The earliest female club, the “Women’s Pipe Smokers Club,” was founded in 1926. Vintage black and white photos of the Chicago Women’s Pipe Smoking Club in 1954 are online.

Many smokers are participating in local, national and international pipe-smoking competitions; many such events have been around for more than a century. The first U.S. competition on record was at the Tobacco Trades Exposition in Madison Square Garden in September 1907 (United States Tobacco Journal, Aug. 24, 1907). And this collaborative event has spread its influence across the globe since then. Watch ’em puff away online at “Pipe Smoking Women” (British Pathé, Oct. 19, 2009, April 13, 2014, and July 27, 2017). In a rather unique competition in May 1963, Erinmore Tobacco provided a clay churchwarden pipe to “… everyone from elderly ladies to young students … who took part in the County Down smoking contest”; see the short video clip of a few senior female puffers at tinyurl.com/y8unmvjs. The most prestigious event is the annual slow-smoking competition hosted by the Comité International of Pipe smokers Clubs. The European championship (EC) started in 1969, and the first world championship (WC) cup commenced in 1971. In the first EC contest held in 1969, Madame F. Feretti won with a record of 2:41:46. Since 1995, Madame de Wolf of Belgium has retained her WC record at 2:35:05—not too shabby! Her timing beats a host of men who have been competing since the inception of
this competition.

Wake up, guys! These women are trendsetters and deserve better. If we want our community to grow, we should do everything in our power to welcome women who want to join our ranks. Encourage and applaud those who participate in slow-smoking competitions. Pipe smoking is an equal opportunity pastime. Any woman liberated enough to take part in this male-dominated hobby should be lauded. We should be promoting the artistic talents of women who choose to compete with men in the creation of upscale briar pipes. I am no present-day Adam Smith, but it seems patently obvious to me that encouraging more women to smoke pipes, to compete in smoking contests and to make pipes has a positive, commercial impact on the industry and the hobby, and that benefits everyone—more pipes made for and sold to more pipe-smoking men and women.

COVID-19 and Travel: What You Should Know 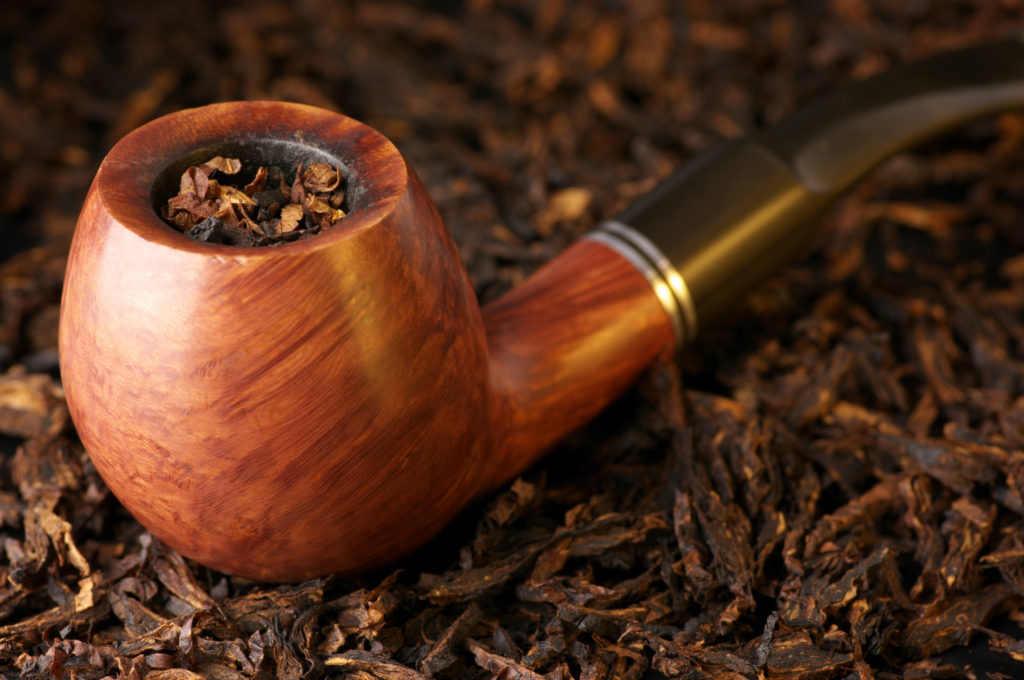 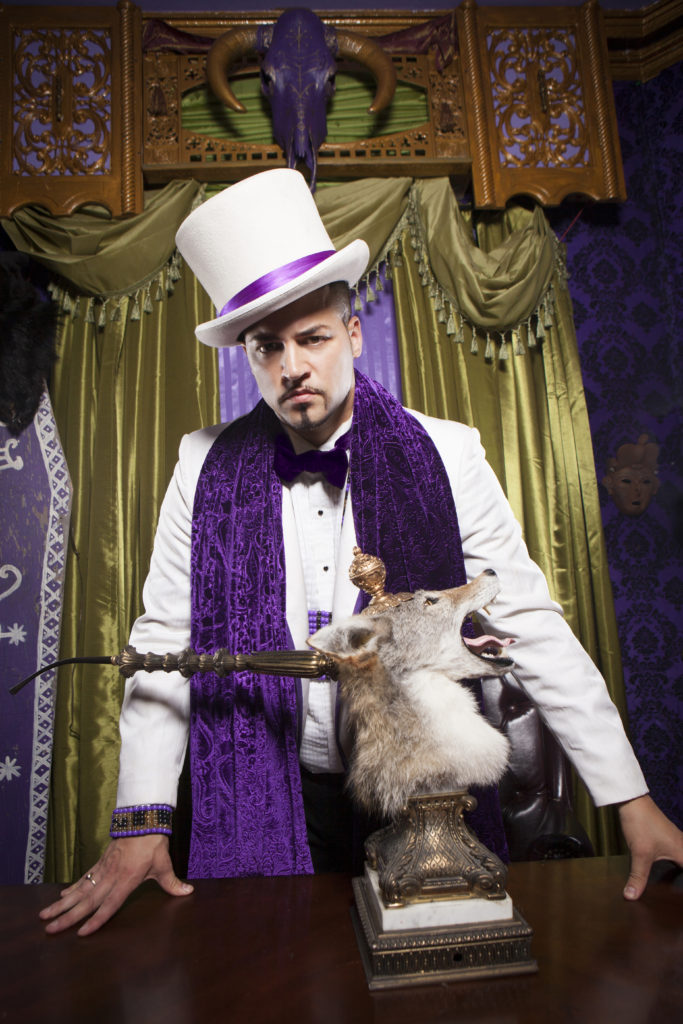 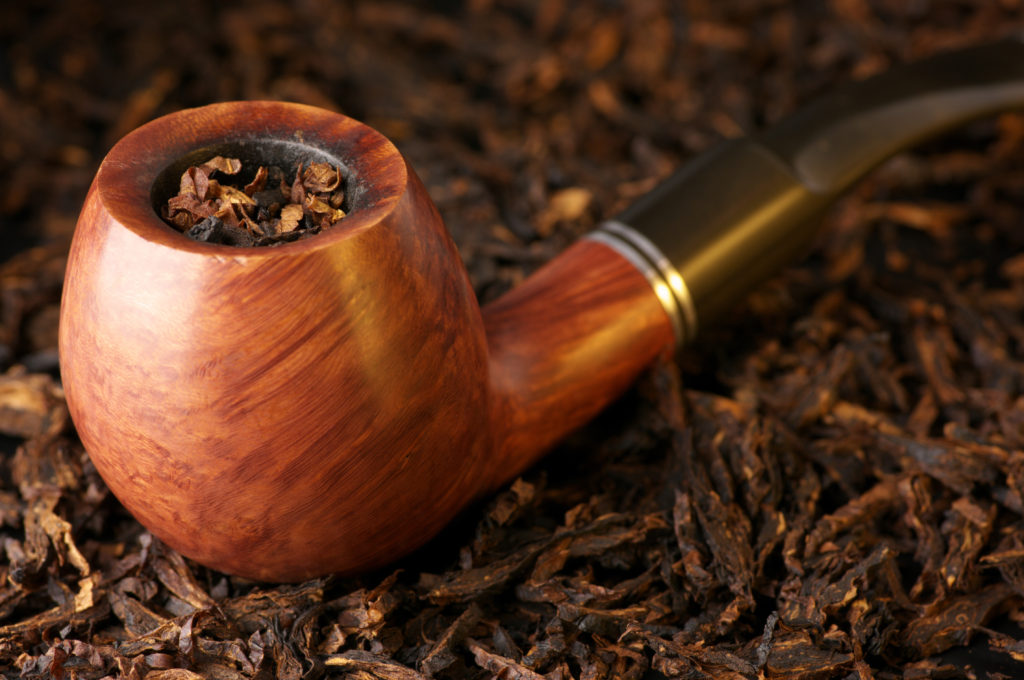 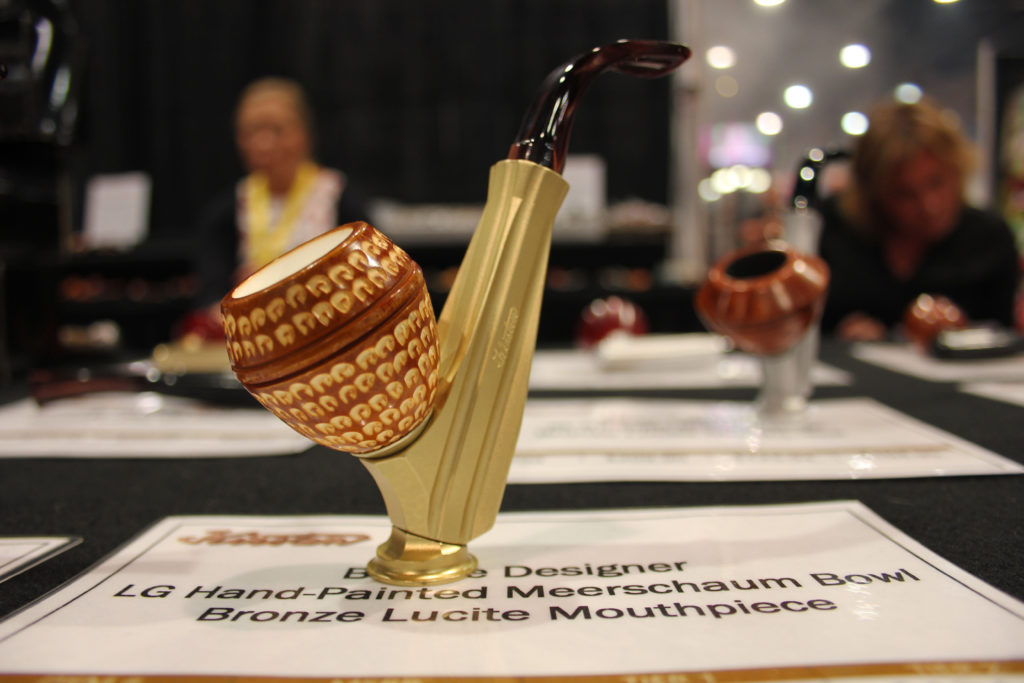