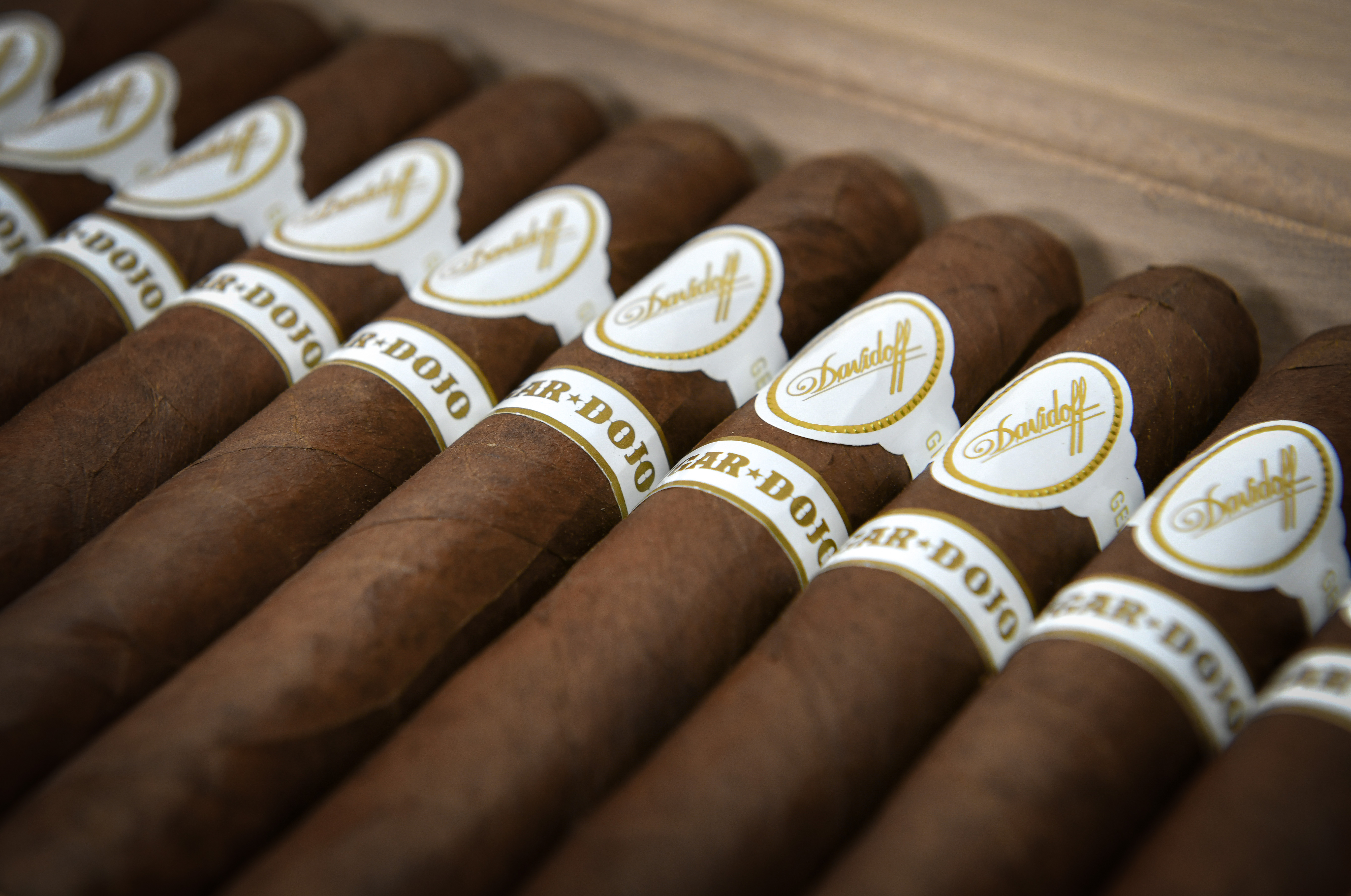 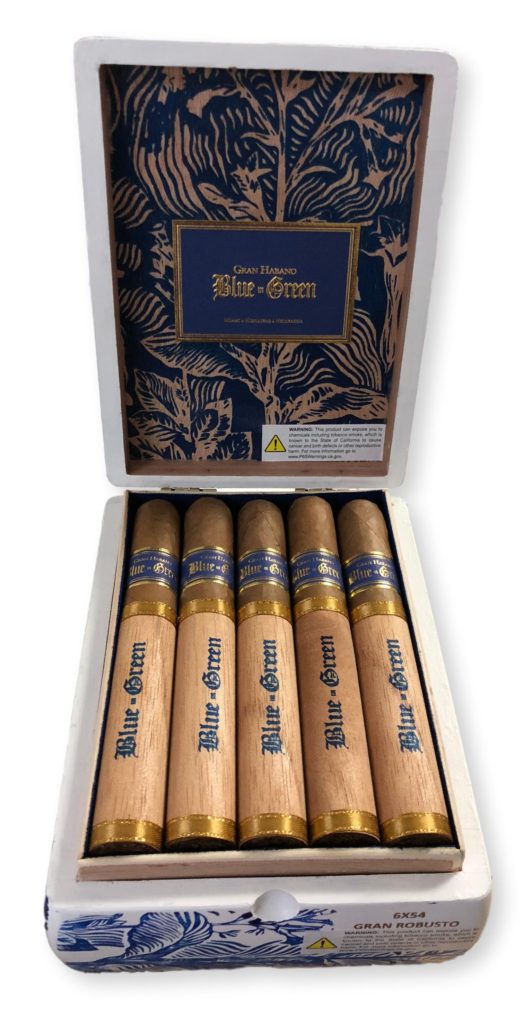 George Rico of Gran Habano is excited to announce the official release of its long awaited Gran Habano’s Blue in Green project.

This medium-bodied version of a Gran Habano classic blend is selected from the finest vintage tobaccos. The Blue in Green Connecticut-wrapped cigar blissfully embodies the rich nuances of its fillers from the exceptional sunbathed soils of Nicaragua. Blue in Green’s wrapper, binder, and fillers produce a synergy of smooth, creamy, and toasted loaded flavors. This is one cigar that demonstrates that a mild to medium-bodied cigar does not have to be bland. Now shipping to retailers nationwide.

Blue in Green by Gran Habano is available in three sizes and comes in 20 count boxes. 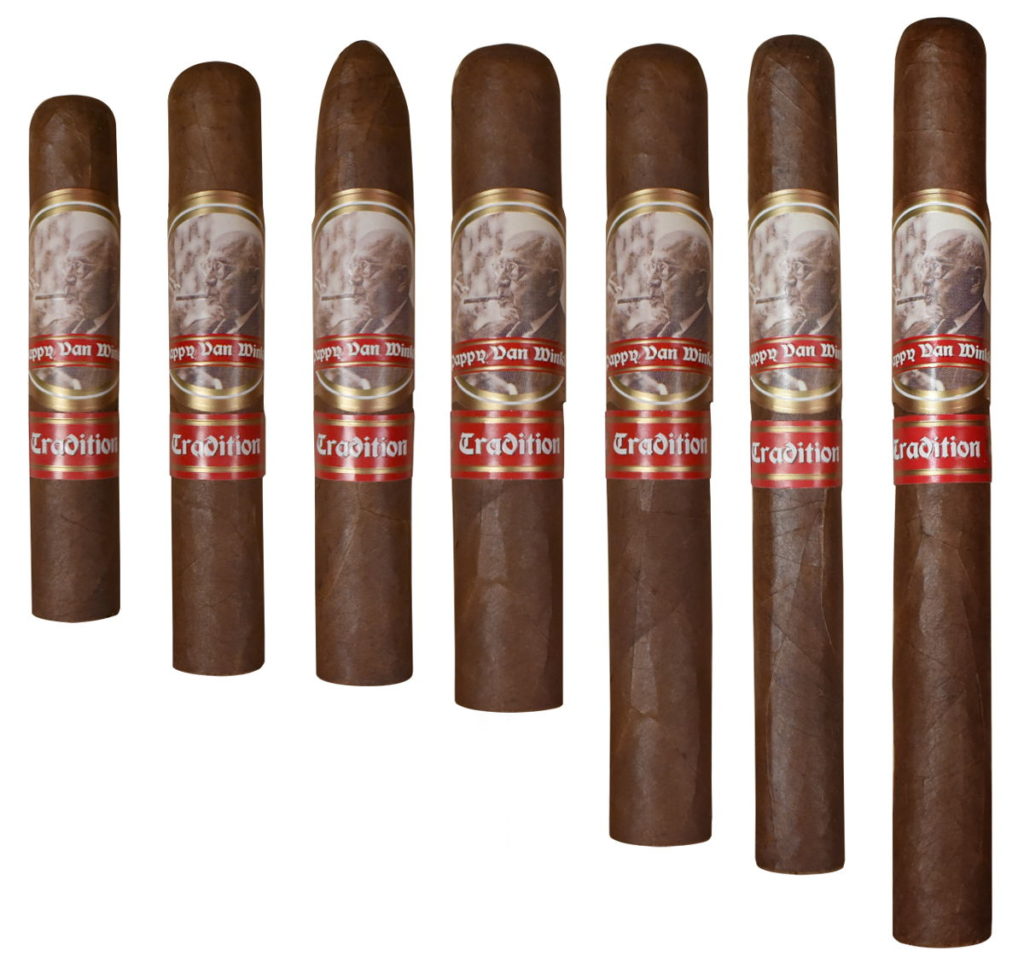 Drew Estate announces today that it is shipping the annual release of the Pappy Van Winkle Tradition to Drew Diplomat retailers nationwide.

Drew Estate is honored to represent the Van Winkle Family with an ultra-premium cigar that reinforces the legacy of America’s true living icons, Julian Van Winkle. The Pappy Van Winkle Tradition features an Ecuadorian Habano Oscuro wrapper, Indonesian binder and aged-fillers from Nicaragua and the Dominican Republic. The 2018 release features cigars that have been aged one additional year to provide added nuance and complexity for cigar enthusiasts.

”The Pappy Van Winkle Tradition is an ultra-complex cigar that honors the history and craftsmanship of the Pappy Van Winkle bourbon,” says Jonathan Drew. “We chose to age these cigars an additional year for this release, as Willy Herrera wanted to amplify the smoothness.”

The Pappy Van Winkle Tradition is presented in the following expressions:

The Pappy Van Winkle Tradition will begin shipping in October in coordination with the release of the Old Rip Van Winkle annual batch of the highly sought-after Bourbon and Rye. 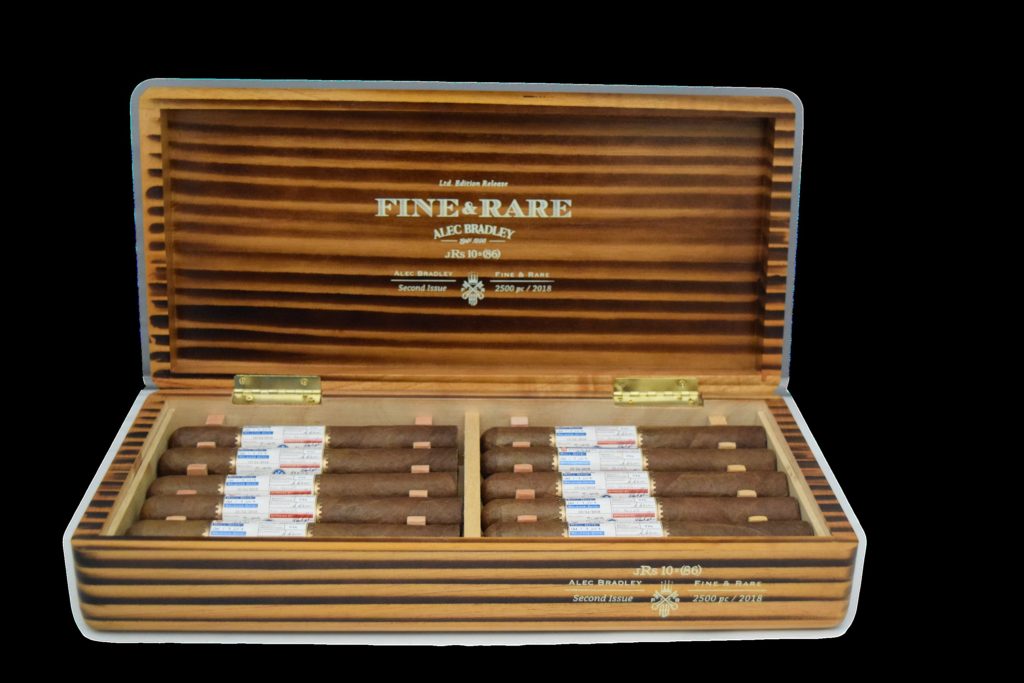 Seven years ago, founder of Alec Bradley Cigar Co., Alan Rubin had a vision to make the most complex cigar the world has ever seen. The term ‘complexity’ in cigars typically describes flavor, but Rubin wanted it to also describe the intricacies and complications of blending a cigar that would be named “Fine & Rare”.

Alec Bradley Cigars is not a company that has ever shied away from innovation. As Rubin blended, he devised the first ever triangular pressed cigar, known as the Alec Bradley Trilogy. Another revolution was the big ring gauge line known as the Alec Bradley MAXX- at its introduction, all sizes sold for the same MSRP. But Fine & Rare was to be Rubin’s Bohemian Rhapsody! Unheard of in blending, Rubin went on to take 10 different tobaccos to create the first Fine & Rare blend- released to great fanfare and critical acclaim in 2011.

“Fine & Rare is an ever evolving project,” Rubin said. “It is a concept more than a cigar. Fine & Rare has been a Double Figurado, it has been a Torpedo and a Parejo. From iteration to iteration we play with different tobaccos and different crop years to create a 10 leaf masterpiece. Having learned early on in my career that you must listen to the tobacco and let it tell you when it’s ready; I always need to allow the combination of select leaves to dictate the size of Fine & Rare in any given year. For 2018 the only thing I heard was: ‘JRS10 = (86) Gran Toro’. The tobaccos have married incredibly. The blend is where it needs to be. I am very excited for this release!”

Officially releasing on October 24 – the production of Fine & Rare JRS10 = (86) is only entrusted to a single duet of master rollers, because of the precision necessary to construct this blend. The 6 1/2 x 56 ring gauge Gran Toro features a silky smooth estate grown wrapper from Trojes, draped over select and proprietary tobaccos from Nicaragua and Honduras. Only 2500 ten-count boxes were produced for global distribution and are exclusive to appointed tobacconists. SRP has been set at $21.90 per cigar before any applicable taxes.

“Fine & Rare is for enthusiasts to experience and enjoy,” Rubin continued, “the blend is well balanced and showcases the different levels of flavor that every leaf in the cigar offers. With the holidays fast approaching, Fine & Rare is something special that can be shared with friends and family to take enjoyment to the next level!”

Rubin added, “Or to find that special moment for yourself to escape…” 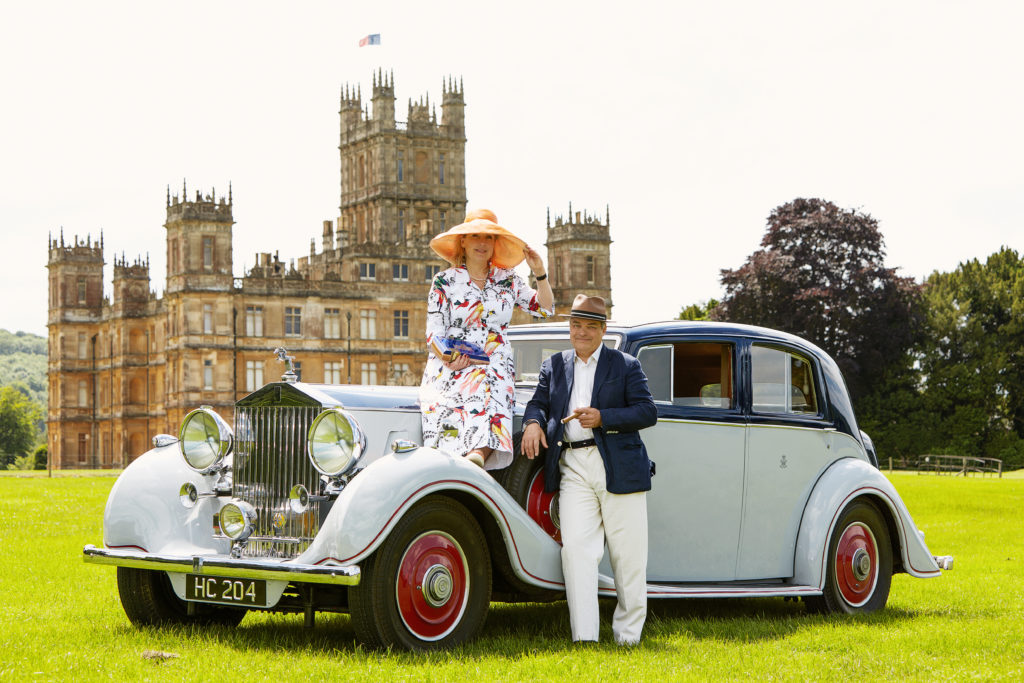 On Wednesday November 14, the 8th Earl and Countess of Carnarvon will visit New York City for an exclusive introduction of their soon to be launched Highclere Castle Gin ahead of its release in 2019.

The Highclere Castle Gin is produced in England’s oldest gin still and is made using botanicals from the estate and is set to launch globally next year. The botanicals are inspired by the herb gardens from the medieval palace at Highclere which pre-dates the castle, as well as citrus fruit rinds from the Victorian-era orangery in the castle gardens.

The evening will also serve as a celebratory event for their successful internationally acclaimed Highclere Castle Cigars, a super-premium cigar that evokes the historic and aristocratic ambiance of England. The cigar has won many awards and accolades in the past year and is available in the United States and the United Kingdom.

To be held at Soho Grand Hotel, the intimate reception will feature a private meet-and-greet with Lord and Lady Carnarvon, followed by cocktails, hors d’oeuvres, and sampling of Highclere Castle Cigars on the Penthouse Suite Terrace. Others in attendance will include Highclere Castle Cigars and Spirits co-founder and CEO, Adam von Gootkin, and world-renowned cigar maker Nicholas Melillo. 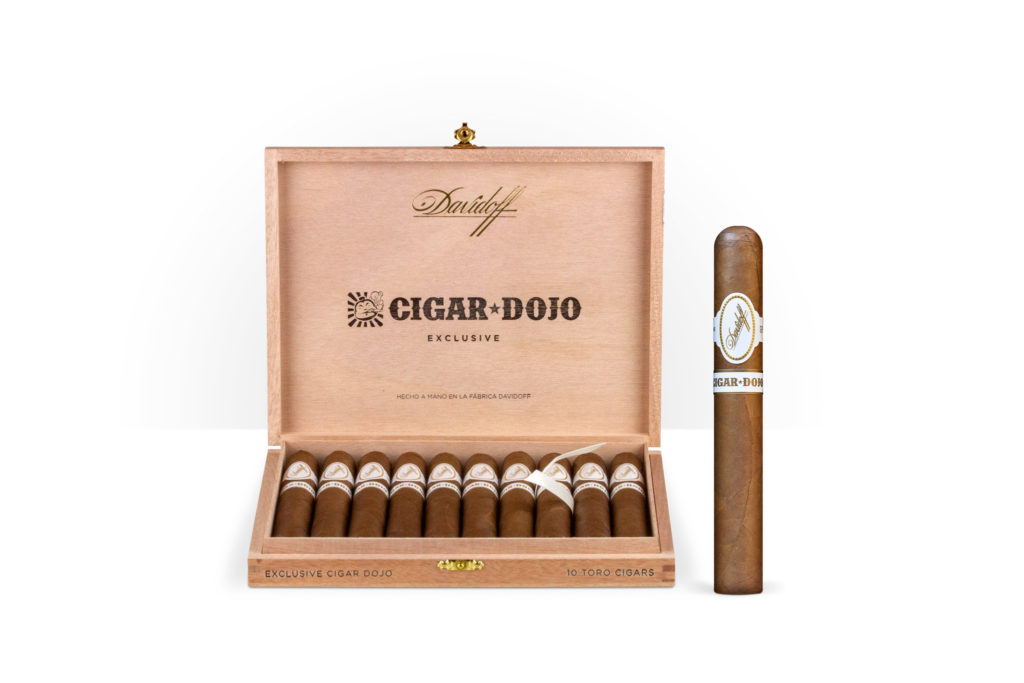 On its quest for new cigar experiences, Davidoff, the renowned luxury premium cigar brand, announces the release of the Davidoff Cigar Dojo Exclusive.

The unique cigar blend is created in collaboration with Cigar Dojo, one of the most recognizable brands in the cigar media industry with a vibrant and loyal cigar community following. Known for its engaging cigar blog and digital app, Cigar Dojo sets the standard for cigar reviews and ratings, and is the social hub for cigar smokers around the world.

The Davidoff Cigar Dojo Exclusive beautifully represents Davidoff’s expertise and quality supported by deep heritage and craftsmanship, with Cigar Dojo’s desire to create a blend that is truly unique and special to the cigar community.

“Cigar Dojo has released some legendary collaborations, but we have never done a true celebratory cigar,” said Eric Guttormson, owner of Cigar Dojo. “And if we are going to do it, you know we are going to do it right – which is why we are proud to collaborate with Davidoff on this exclusive project. This is a superior blend that features deep, rich flavors that have the ability to transform any occasion into a celebration.” 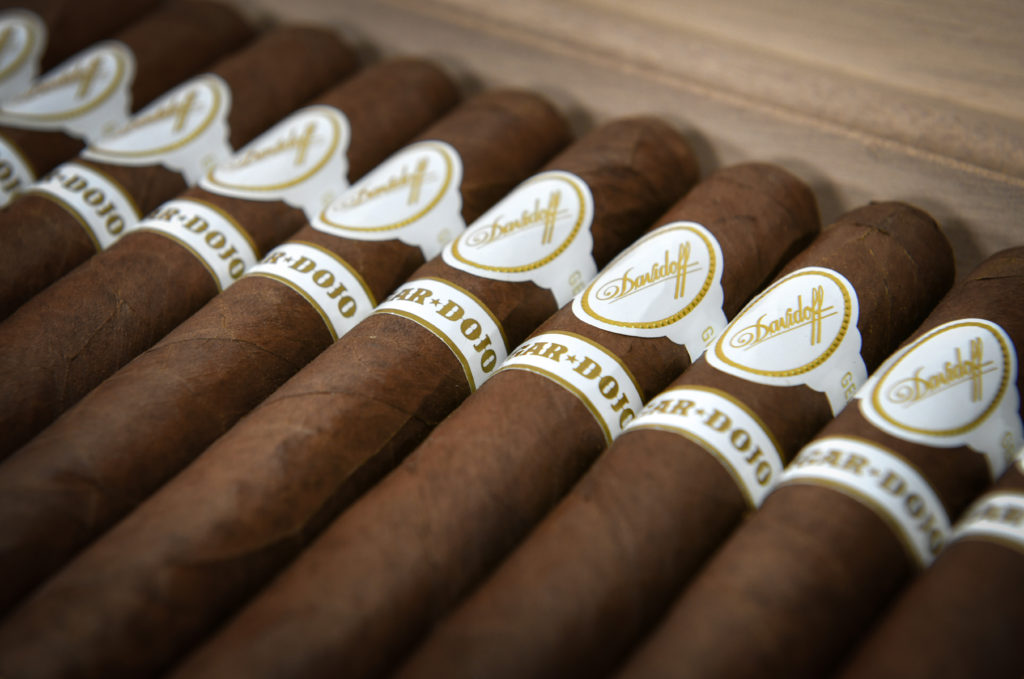 This special cigar is blended by Davidoff Master Blender Eladio Diaz exclusively for this project. The cigar features a beautifully rich Ecuadorian wrapper, a Dominican binder from the rich soil of the Yamasá region and filler tobacco from various regions of the Dominican Republic. The cigar is handcrafted in a majestic Toro 6 x 52 format, providing a creamy, nutty aroma at the start, building to sweet notes of caramel, corn and hazelnut, with hints of ginger spice. The Ecuadorian wrapper contributes to the extremely smooth and aromatic retro-hale, yet with favorable intensity of spice and strength creating a cigar with an exceptionally clean finish and palate-pleasing stimulation of sweetness, spiciness and bitterness. The combination of wrapper, filler and binder creates a complex transition in the second-third and final-third, creating a creamy aroma with sweet notes of chocolate and salted caramel, and an intensified retro-hale with heightened spice and wood notes. 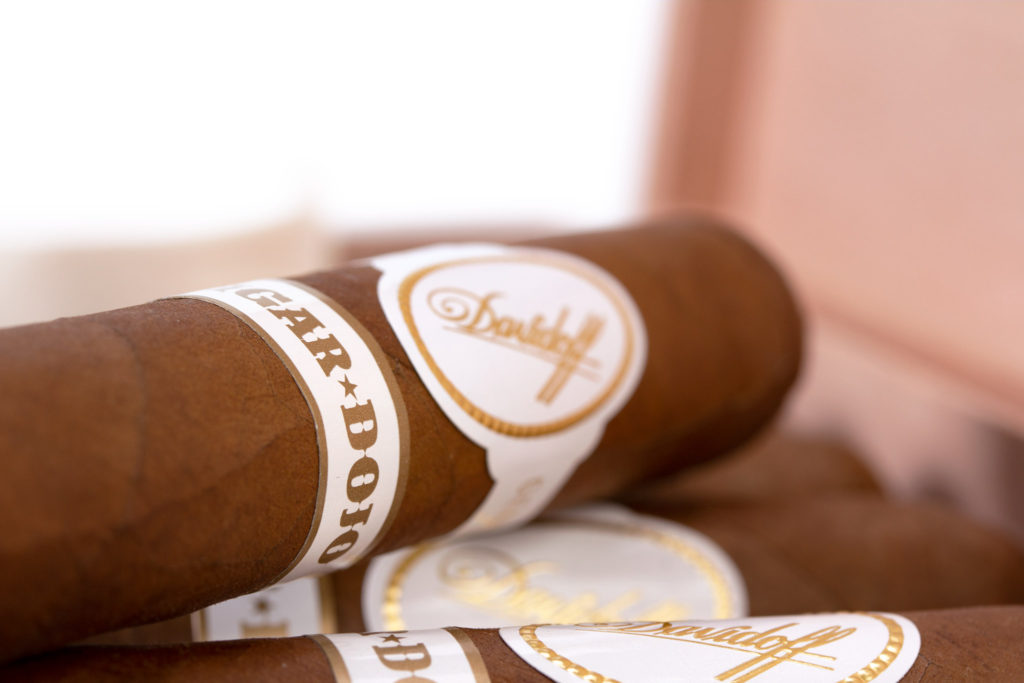 On this same day, the Davidoff of Geneva Tampa store will host a launch party to celebrate the cigar with a special event from 6pm to 10pm. The event will feature Cigar Dojo’s Master Sensei and Davidoff brand ambassador Klaas Kelner. Guests will have the opportunity to immerse themselves in this exclusive blend with a live podcast review at the bar, along with a special selection of pairings, including a perfectly paired crafted cocktail. 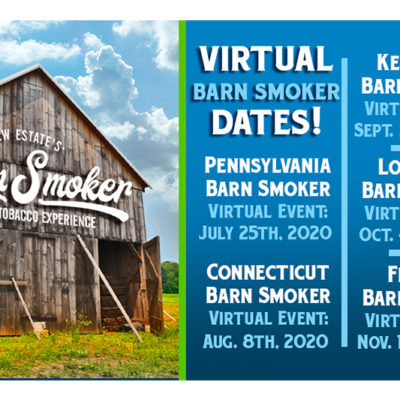 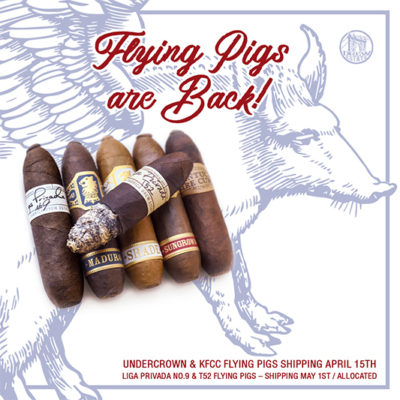 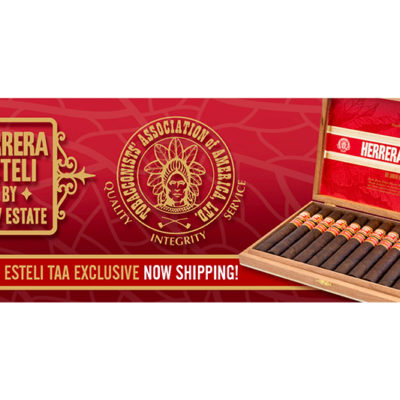 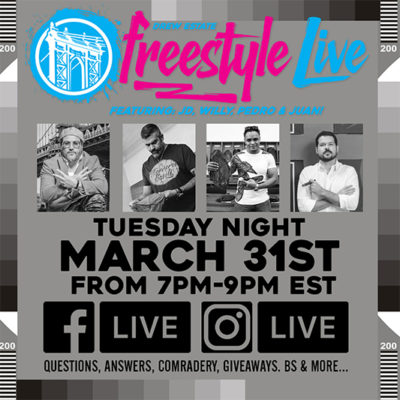