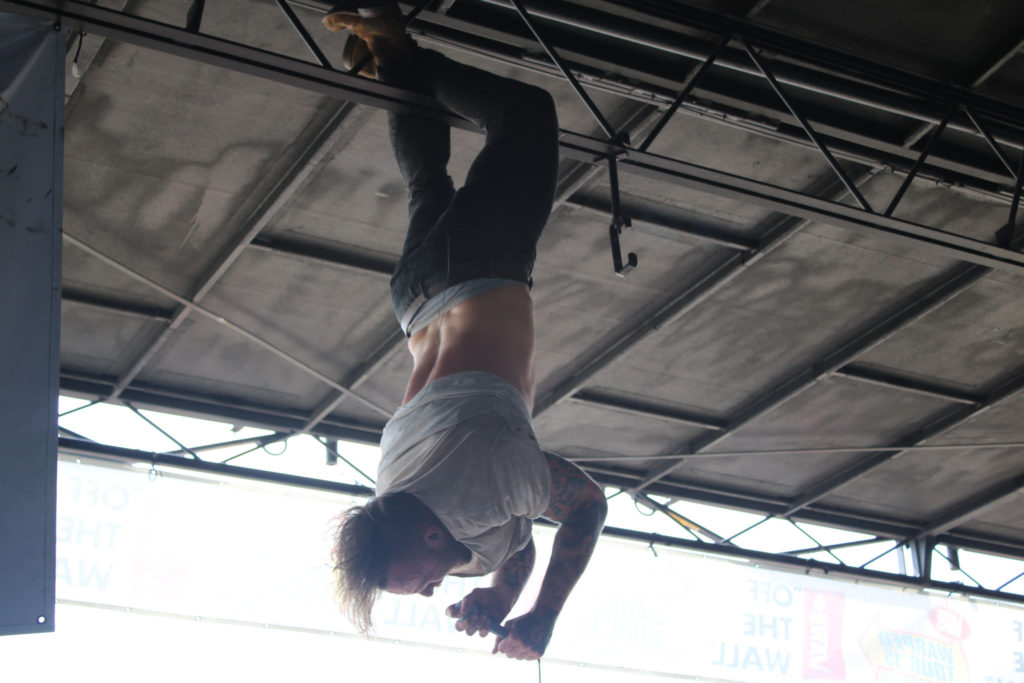 Vans Warped Tour has a reputation for being a music festival populated by a bunch of angsty teenagers barely old enough to drive who wear all black despite the scorching 100-degree heat (and who routinely pass out because of it). I used to go to Vans Warped Tour every year in Detroit from the ages of 14 to 18. I was one of those angsty teens who would mosh in the oppressive humidity despite drinking no water because I was an idiot.

Now, as a responsible adult, I’ll be attending Vans Warped Tour in Charlotte, North Carolina this July. Gone will be my black garments and angst, replaced instead with a long-haired, multi-water-bottle-toting, white-clothes-wearing “old guy” who all the teens will look at and say, “What the hell is that guy doing here?” How do I know they’ll say that? Because I used to say that about anyone who looked to be in their late 20s or older.

If you have no idea what Vans Warped Tour is, then I’ll briefly explain. It’s a traveling rock festival that’s been around since 1995 and is the largest and longest-running touring music festival in North America. Thankfully, for me, they’re featuring quite a few bands who have been around since I was a teen. Some of the bands touring this year include Hawthorne Heights, Bowling for Soup, Streetlight Manifesto, Silverstein, the Ataris, Blessthefall, and Memphis May Fire.

I can honestly say I’m excited to go to this festival again. It’s been almost 10 years since I was last seen running around in a heat wave listening to spiky-haired punks screaming into a microphone, and my nostalgia says I’m in for a treat.

Keep an eye open for live updates on July 6 as I head to the front lines of the mosh pit and maybe, just maybe, participate in a wall of death again. Don’t know what that is? Check out the video. I may never return.

For more information, and to check out dates near you, head to vanswarpedtour.com.
The tour begins today, July 16, in Seattle.

Want tips on how to survive a heavy metal music festival? Yes, you do. Go here. And if punk rock isn’t your scene, check out our list of summer’s best music festivals.

*All photos are courtesy of Vans Warped Tour.