Delicia Silva, otherwise known as “the Cigar Vixen,” has exploded into the cigar industry. She began by producing cigar review videos on YouTube only five years ago and has rapidly become a trusted source for honest and fun cigar reviews and liquor pairings. She also has her own hugely popular calendar, a travel and cigar show on Amazon, and she is an honored guest at many cigar events, such as the upcoming Procigar Festival in the Dominican Republic. Her videos not only highlight cigars but encompass the cigar lifestyle—which is exactly what we do. We had to talk with her. 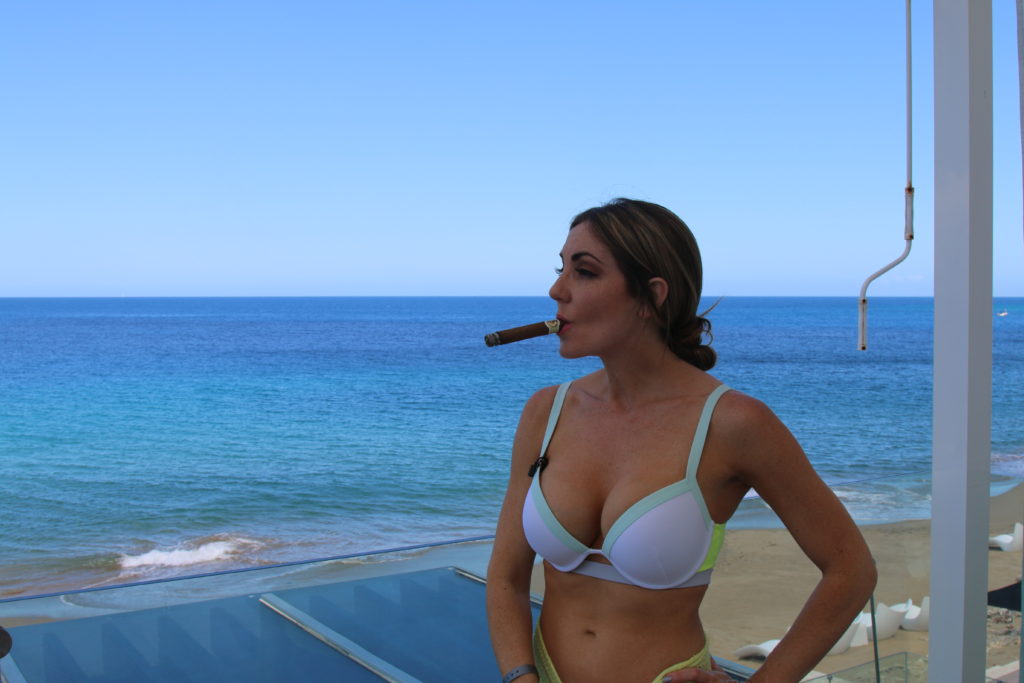 Cigars & Leisure: You’re such a recognized figure in the cigar industry now, but how did you first get into the industry?
Delicia Silva: I grew up around cigars. At practically every family gathering cigars were present, along with music, good food, and great spirits. Because of that, I always felt comfortable smoking cigars. My oldest brother worked in a cigar lounge when I was in high school, and I learned a lot about how to smoke from him.

When I first started my YouTube channel in 2012, all I knew was that I liked smoking cigars. However, once I really immersed myself into the industry, I became a full-on tobacco nerd. I find the entire process of growing, curing, aging, blending, and rolling completely fascinating, and I wanted to share my love for this industry with anyone who wanted to learn more about cigars. I never imagined starting a simple YouTube channel would grow into all that it has today. I’m very blessed!

What are some of your favorite cigars right now?
Always a tough question—there are so many amazing cigars on the market right now. I smoke a variety, and I smoke often. A few “go-to” sticks in my travel humidor are Macanudo Inspirado Black and White, Joya Black, Micallef Leyenda, Mi Querida, Tabernacle Lancero, La Aurora ADN, RP Vintage 2006, Saga Blend No. 7, Falto Dos Banderas, LFD La Nox, and pretty much anything AJ Fernandez. To name a few ….

What do you love about the industry?
I really love the people that I have been fortunate enough to cross paths with, both inside and outside the industry. I’ve made friends for life from all different walks of life that under other circumstances our paths may not have crossed.

Do you have a particularly fond memory from a past Procigar Festival?
Another tough question! Every time I attend Procigar I leave with many fond memories. The entire Procigar team deserves a round of applause for continuing to create such a beautiful celebration of the cigar world! I would say the fondest memory was my first year attending. Being able to see and touch the tobacco growing in the fields was incredible and always remains close to my heart.

Your cigar reviews are very trusted. How did you initially learn to review cigars? Did it take a while to develop your palate for all the different and intricate tastes?
In the beginning, I smoked a variety of cigars to try and pinpoint different flavors on my own. I have a background in cooking and family in viticulture, which I believe has helped me become a “super-taster.” Over time I learned specifics about different tobacco regions both from visiting farms and picking the brains of growers and blenders about taste profiles. I have also done a lot of studying on the topic—which of course includes smoking the cheroots from different tobacco leaves. 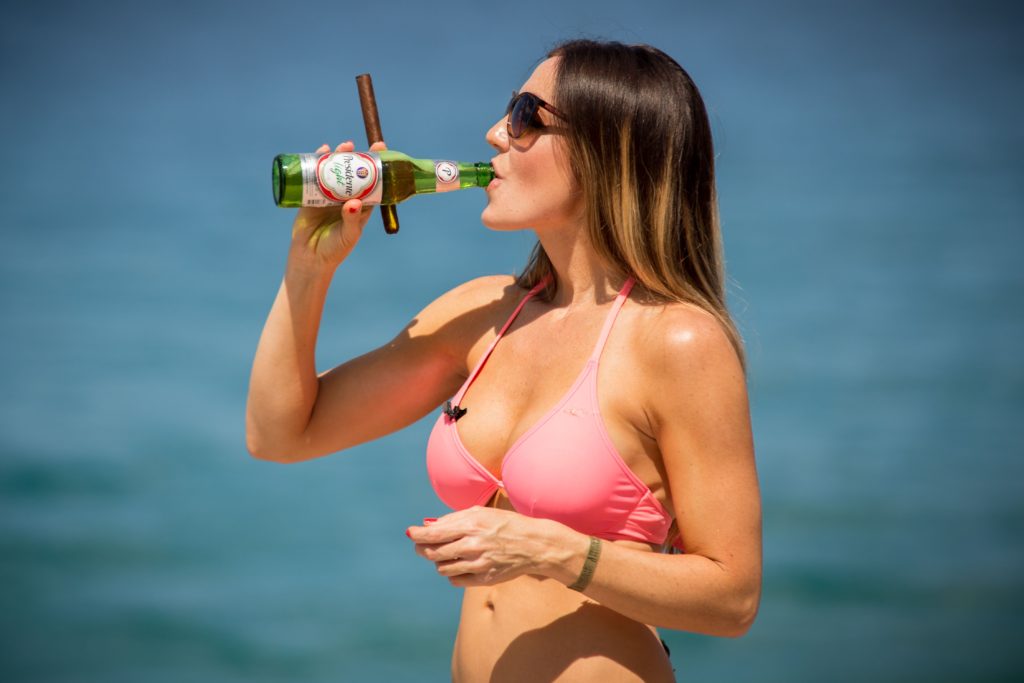 Since this is the Caribbean issue, do you have a favorite Caribbean island?
I would have to say Cuba—in particular, Old Havana. The architecture, history, and music are amazing! Dancing to live salsa music in the streets of Old Havana, with a cigar in hand—doesn’t get much better than that.

What’s the best excursion that you’ve ever done?
Definitely snorkeling off the Emerald Coast of Nicaragua. The beaches are incredibly beautiful, and much of the area remains untainted from overpopulated tourism. In fact, you can see for yourself in season one of my Cigar Vixen show on Amazon. 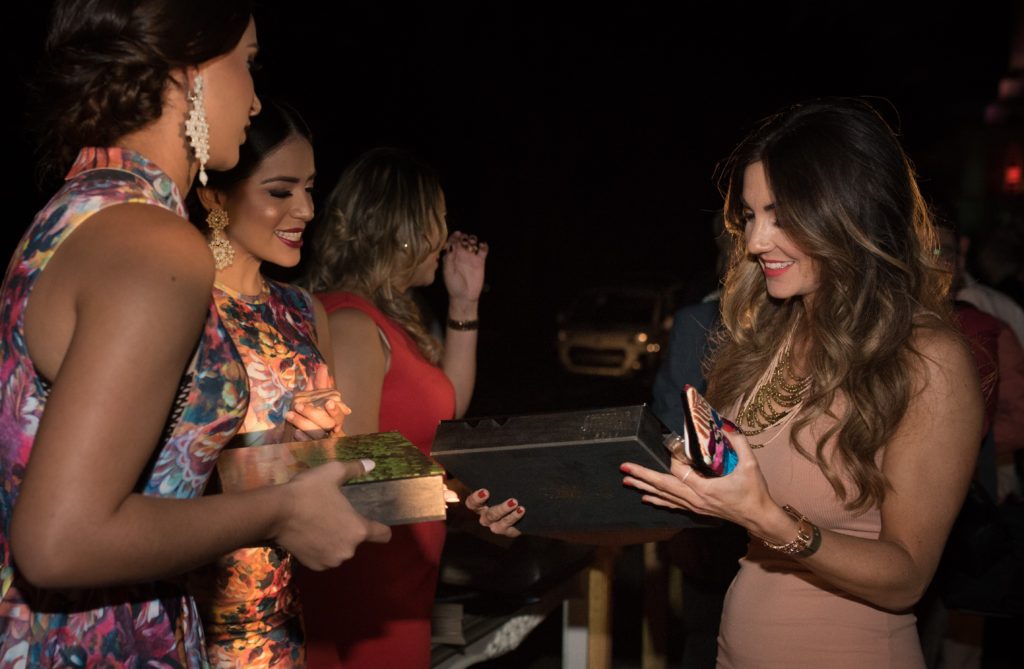 Who in the industry has made a particularly good impression on you?
I could produce a lengthy list of people from this industry that have both inspired and left a great impression on me, but for the sake of this article I will narrow it to two people.

The first is my good friend Luis Falto. When I first started in this industry, Luis not only welcomed me but was an open book of knowledge about the industry, growing tobacco, and making cigars. He always made time to sit and talk with me regardless of the crowd or occasion. To this day he remains one of the most humble, generous, and caring people that I know.

The second person that I must mention is Nirka Reyes. Nirka is the definition of a strong female in this industry and beyond. She inspires with her eloquent way of speaking, her hard work, and her dedication to the cigar industry. I am proud to call her a friend.

Other than cigars, do you have any guilty pleasures?
I love to dance, but my biggest guilty pleasure would have to be eating cheese pizza while binge-watching Netflix.

For more on the Cigar Vixen, visit cigarvixen.com, YouTube, or one of her many social media platforms.

And be sure to check out season one of her new show on Amazon.

For more, check out our interview with La Sirena’s Arielle Ditkowich. 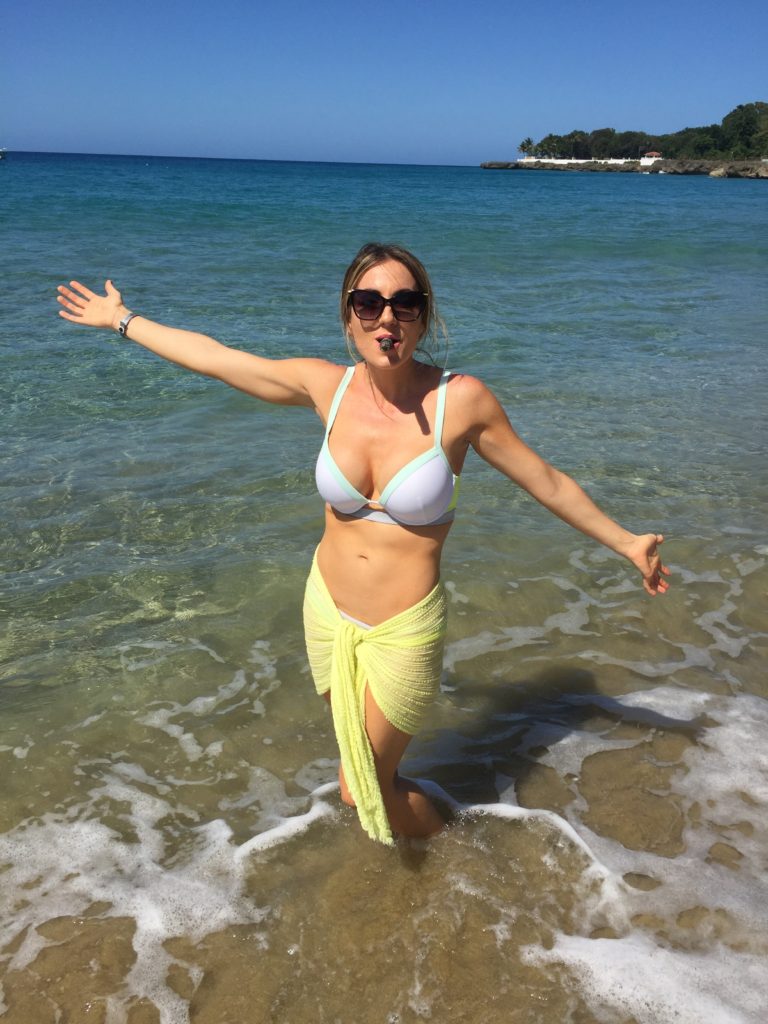 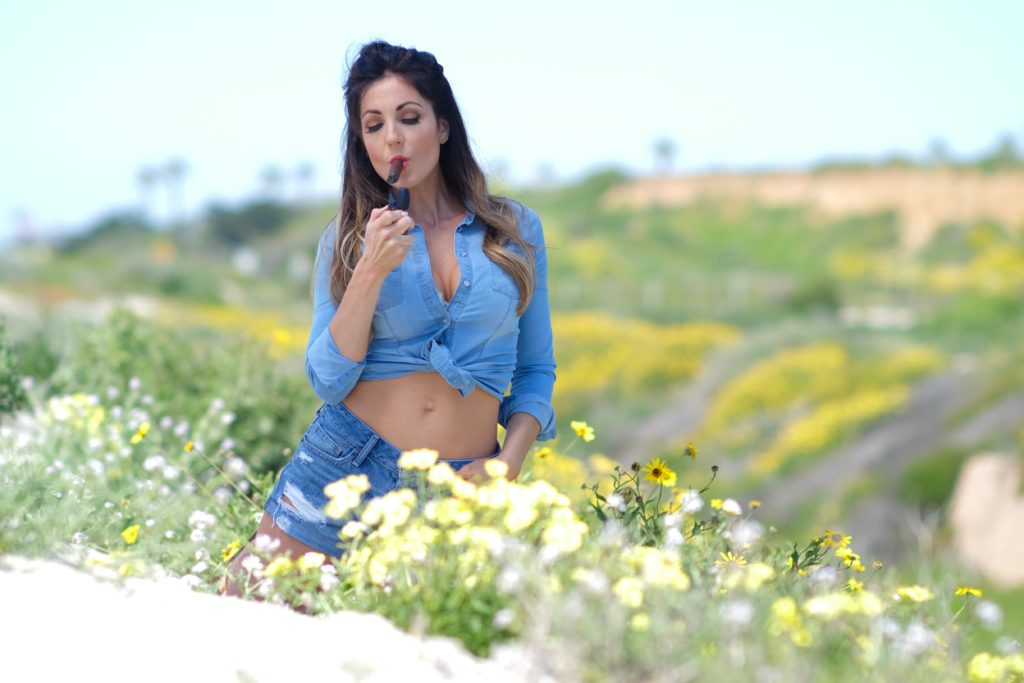 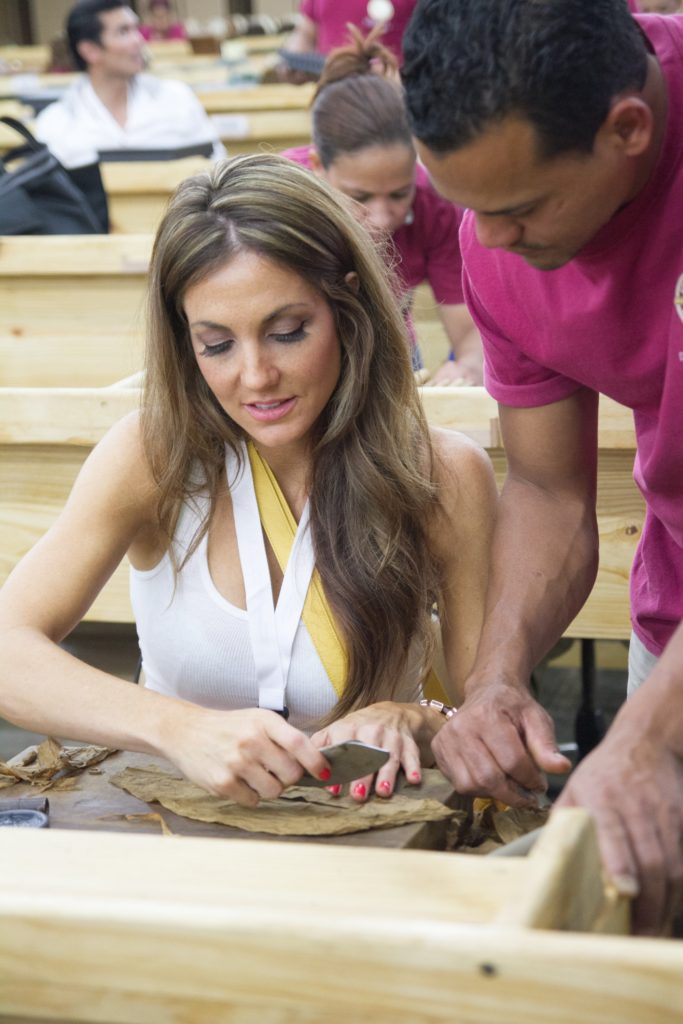 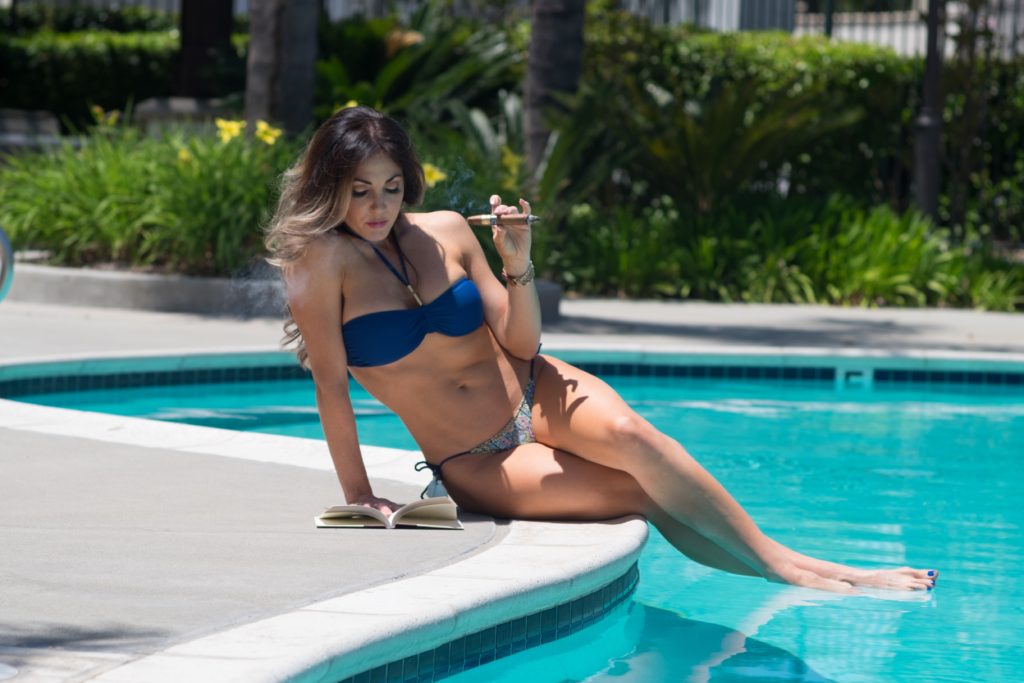 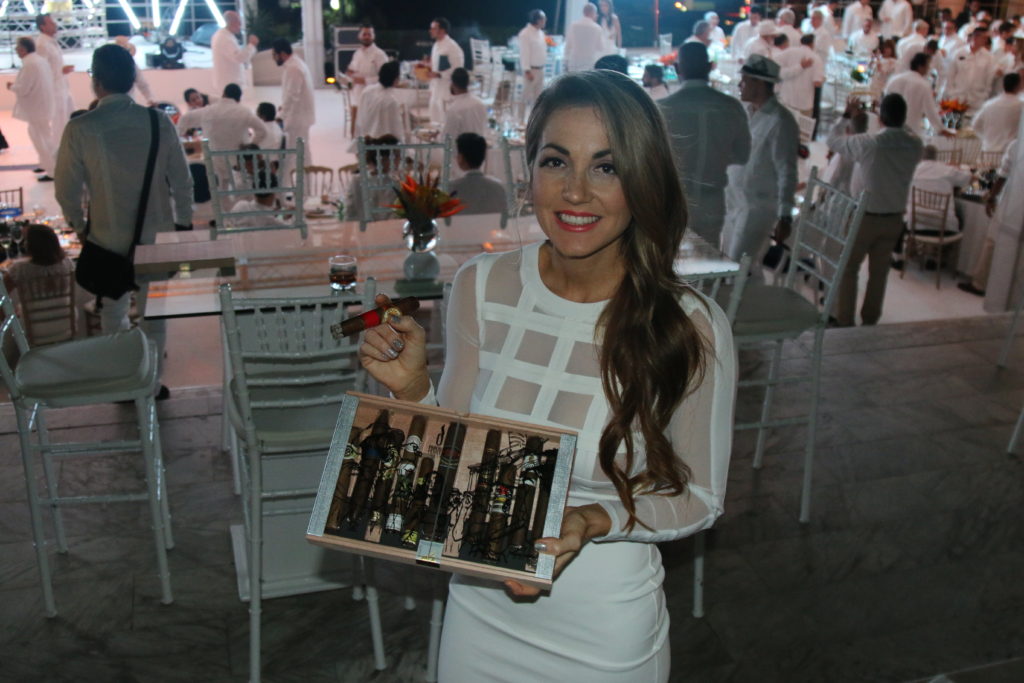