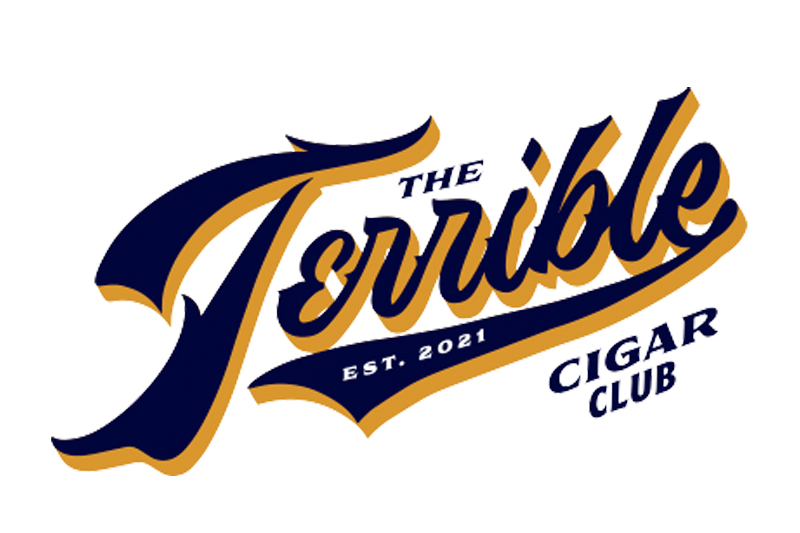 The Terrible Cigar Club, an online cigar subscription service, has officially launched. Created by Grace “The Pro” Cabezas and Nigel “The Rookie” Reo-Coker, subscribers of Terrible Cigar Club will receive a 4-pack of super premium cigars for $39.95 per month. There are many familiar brands offered by Terrible Cigar Club including AJ Fernandez, Avo Cigars, Caldwell, Camacho, Oliva, and Punch, among others.

When creating Terrible Cigar Club, the owners wanted to set themselves apart from other clubs by focusing on quality and maintaining a small, exclusive vibe in order to be able to continually deliver the best service and products to cigar enthusiasts.

“We really became sick of all of the noise from all of the cigar clubs out there,” states Cabezas. “We wanted to share cigars that are special to us with a likeminded group of smokers. We don’t want to be a big club–we just want to do things the right way. As you can see, the value and products in our club selection prohibit us from growing too big. Our club is about community and our love for cigars.”

Terrible Cigar Club ships four cigars that come with a cigar menu with details on each selection and why these cigars are special. In the future, Terrible Cigar Club plans to team up with manufacturers for special pairing and educational sessions to further connect cigar smokers with the cigars they are smoking.

Terrible Cigar Club’s founding partners were brought together by their love of cigars. Cabezas was born in La Habana, Cuba, but was raised in Miami. One summer 30 years ago, she fell in love with cigars after what she calls a “spiritual awakening” in a local tobacconist. The store reminded her of her childhood and conversations she had with her grandfather and uncles that all worked in a Cigar factory in Cuba. She applied for a job in the store and became the first female salesperson in almost a century to work there. She continued to work in the cigar industry, eventually working at Davidoff’s Madison Avenue location in New York City. Later, she worked for General Cigar Company and Davidoff of Geneva Distribution before leaving to start Humidor Express.

Reo-Coker was born in Southwark, London and had dreams of becoming a professional soccer player. He went on to play in the English Premier League and went on to captain various teams. As he traveled during the course of his career, cigars became a pastime for him that grew stronger over time. He retired from playing professionally and became a sports media personality, a job that allowed him to spend more time with his father-in-law, who is an avid cigar smoker.

Additional information on Terrible Cigar Club can be found at theterriblecigarclub.com.