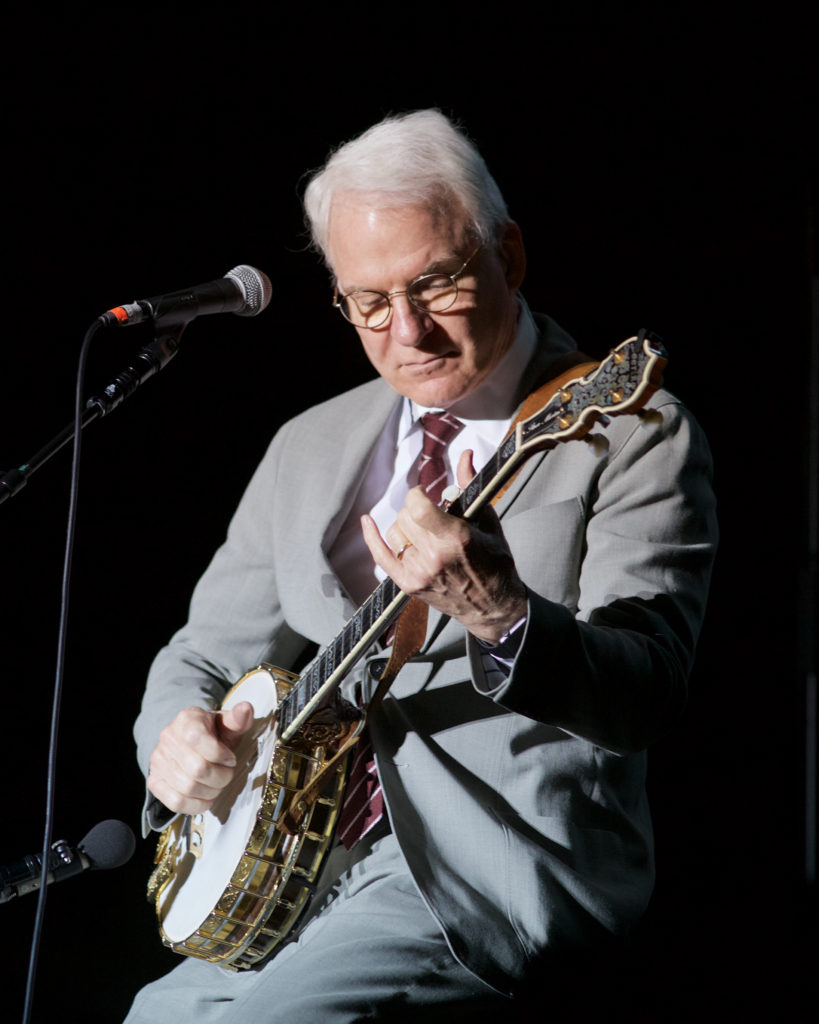 On September 29-30, the International Bluegrass Music Association held its annual World of Bluegrass festival in Raleigh, North Carolina, and Cigars & Leisure was there to experience every wonderful, toe-tapping minute of it.

It was a week of conferences, awards, exhibits, and showcases, but the coup de grâce happened Friday and Saturday when musicians from all over the world took over downtown Raleigh. Vendors and food trucks lined the streets, and around almost every corner were bands jamming together with upright basses, fiddles, and banjos … so many banjos.

One of the most popular areas was the dance tent where bands like The Gravy Boys and Scythian got the crowd moving so much that it seemed like the wooden floor was about to break. The sound of hundreds of feet pounding the ground all but drowned out the music. It was electric.

First off, I just need to state the obvious and say how truly talented Steve Martin is not only as an actor, writer, and comedian but also as a musician. In fact, witnessing him play the banjo feels like a gift from the music gods.

The Steep Canyon Rangers—who formed in 2000, with Martin joining in 2009—were at the festival celebrating the release of their album, The Long-Awaited Album. The band closed out the week’s festivities by first playing three songs sans Martin, but they still had the sold-out venue rocking. Then the lights went dark, and a single spotlight hit Martin sitting on a stool, alone onstage, with his banjo. The crowd erupted. He then proceeded to play solo for well over five minutes as the mesmerized audience watched.

The rest of the band jumped back in with Martin as they played songs new and old, with Martin bantering in between. It was a music and stand-up comedy double whammy! They played for well over 90 minutes, but those 90 minutes felt like a fraction of the time.

If you’re a fan of bluegrass, Steve Martin, good music, or just a fun time, then you need to see them live. Thankfully, you’re in luck, too. They’re heading out on tour from October through April, so you have plenty of chances to catch them. Also, you’re not going to want to miss next year’s World of Bluegrass festival, so keep an eye on their website for info.

Check out our review of Matchbox Twenty and Counting Crows concert.