Where to Smoke: Havana Deluxe 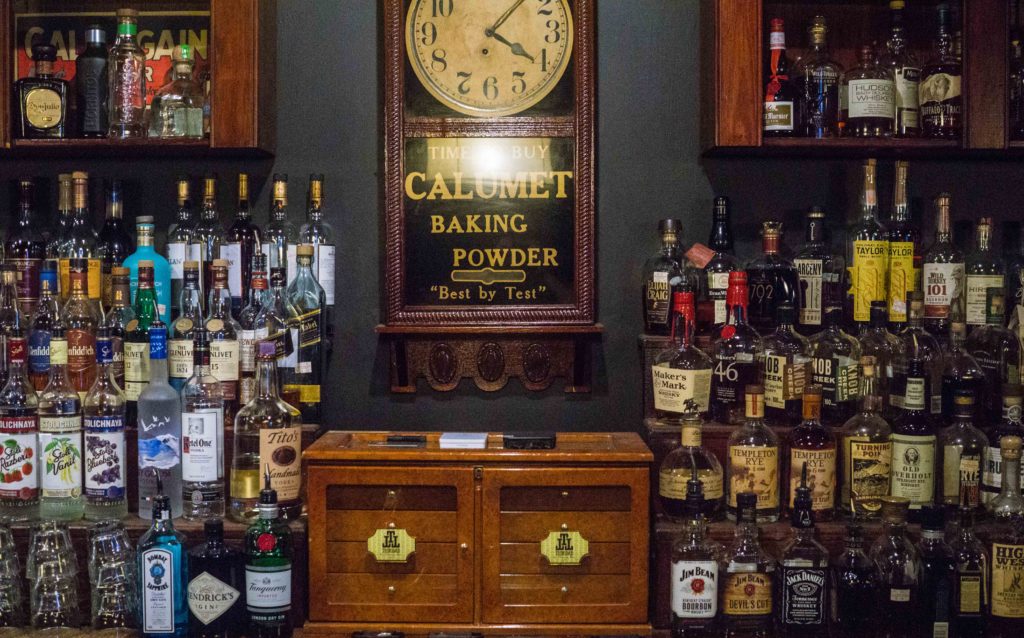 There are many relaxing and fine cigar lounges across the Southern states. We’ve been to a lot of them, and they all have their own perks. But one of our favorites is right here in our own backyard of Raleigh, North Carolina: Havana Deluxe. And no, we aren’t biased.

Finding this cigar and whiskey bar is a treasure hunt of sorts. It’s tucked unassumingly behind another bar, and you wonder, “Is that really it?” But then you step through the door and instantly feel like you’re home.

The lounge is dimly lit, giant leather couches sprawl across the room, whiskey barrels sit right next to the entrance, the staff is friendly and welcoming, and then you see the coup de grâce. A wall of whiskey, bourbon, gin, rum, scotch, and more greets you. You name it; they probably have it. Owner and bartender Mike Reid puts the number of liquors on hand at somewhere around 130 on any given day.

Reid even works with Woodford Reserve Distillery and master distiller Chris Morris to come up with their own one-of-a-kind blend you can only find at Havana Deluxe. And we can’t forget the best part: a well-stocked selection of cigars. 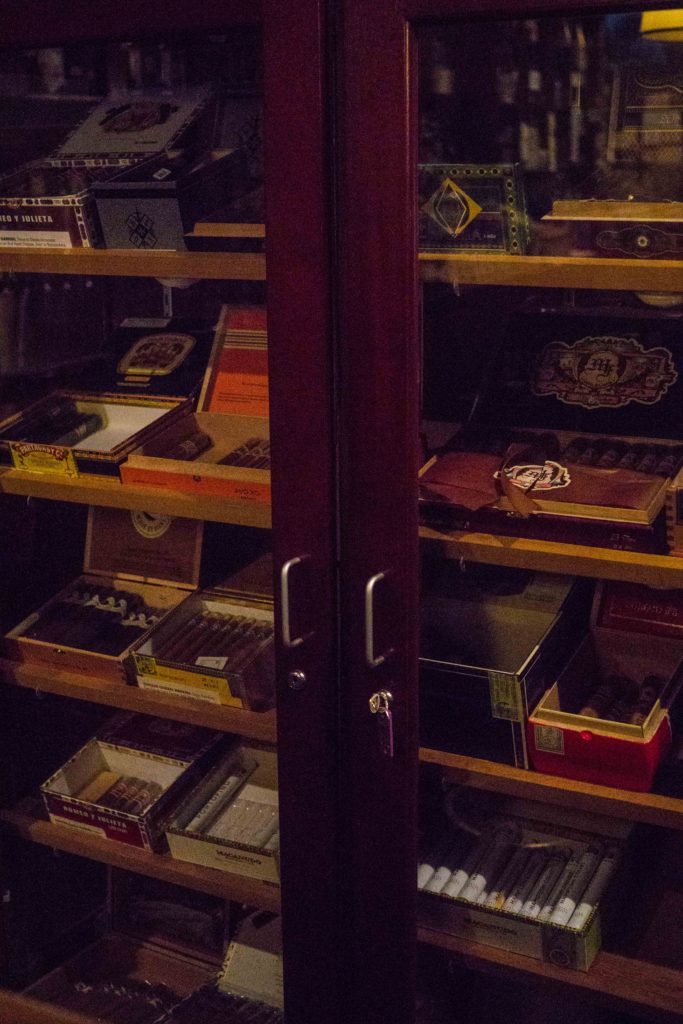 “We’ve been here a really long time, almost 20 years,” says Mike McDonald, manager and bartender [editor’s note: not our Mike, a different Mike]. “We’ve watched this area of town grow up around us. So many places have opened and closed, but Havana Deluxe has always been here.”

A secret to their success may be their low cigar prices, or their generous pours, or that they are one of the few places left in Raleigh that still allows people to smoke indoors. But it’s most likely that they have earned a reputation as one of the best lounges in North Carolina. This is the place that other bartenders and servers come to unwind after a long shift. Not only are they open late—till 2 a.m., seven days a week—they are also open 365 days a year.

“Most people spending the day with family on the holidays could really use a drink,” Reid says. “We all need to get away from our families sometimes. It’s really neat though; the customers will bring in Thanksgiving and Christmas feasts for the staff.”

Another major draw about Havana Deluxe is that, while it has an upscale atmosphere, it stays casual. The Mikes say they’ve even seen customers in their pajamas working on theses on the couches while enjoying a drink and a cigar. 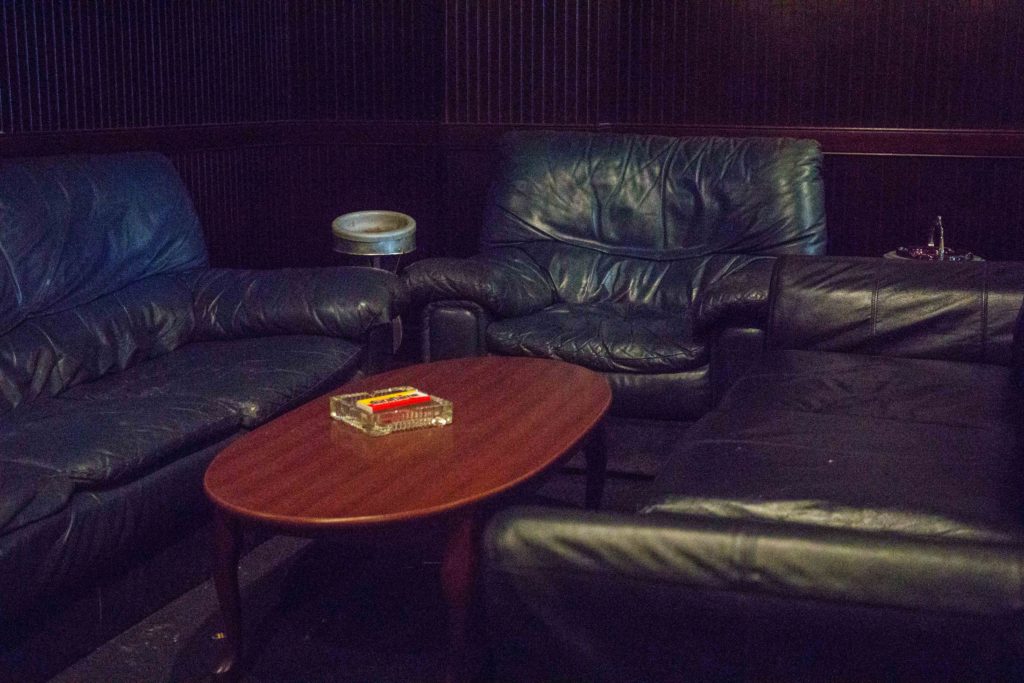 “We had a guy who came in a lot and just stayed to himself who ended up writing a novel, and he included this bar as a setting,” McDonald says.

“We also had comic books made about us,” Reid adds. “It’s about the angel and demon on your shoulder and where they go to drink after they get off work. We get a lot of people who come in and just geek out about comics or music or movies. It’s not uncommon to hear a full-grown and very serious zombie discussion going on, in between hockey games, of course. We’re both big hockey fans. Then the next night you’ll come in and hear people discussing string theory.”

“This wall of booze can be overwhelming,” McDonald says. “You’re spending hard-earned money on this stuff, so you want it to be nice. We’ve had great success with making people happy with pairings.”

“When people see the great service we give, and the size of the pours, the amazing cigar selection, and what they’re getting charged for all of it, they’re like, ‘You’ve got to be kidding me,'” Reid says. “And then they tell their friends, and those friends tell their friends. When you come to Havana’s, it’s going to feel familiar.”

Check out some of the other lounges in North Carolina! 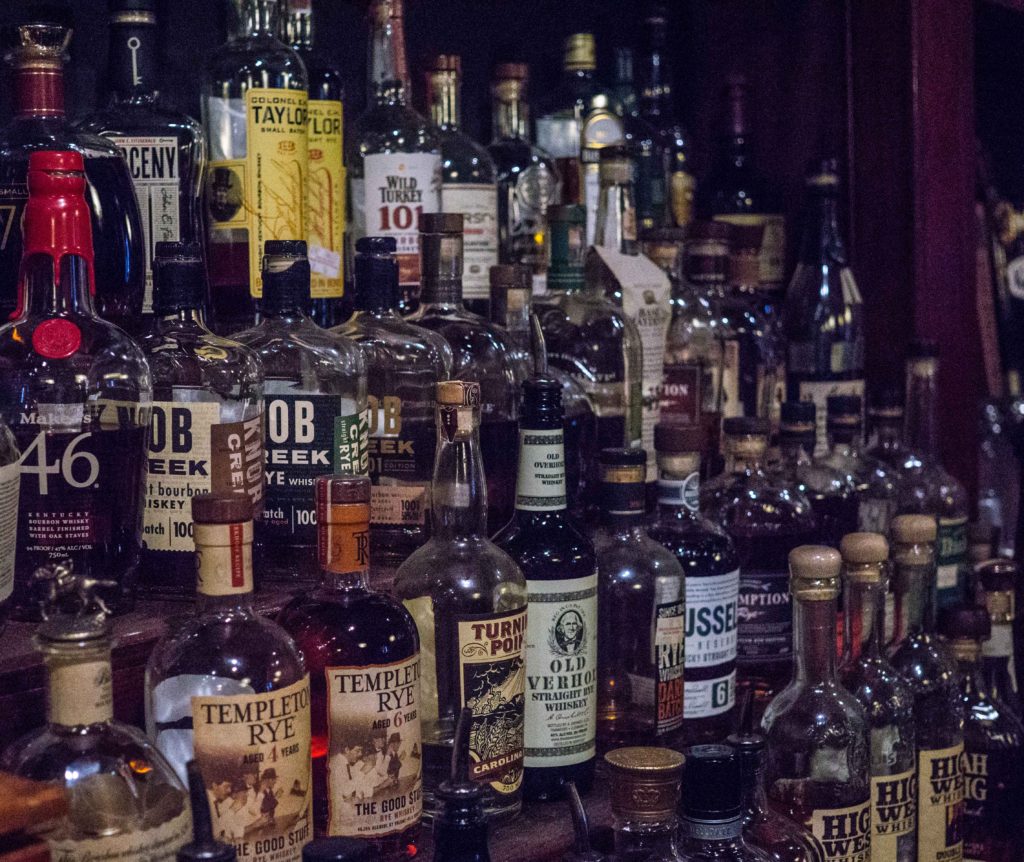