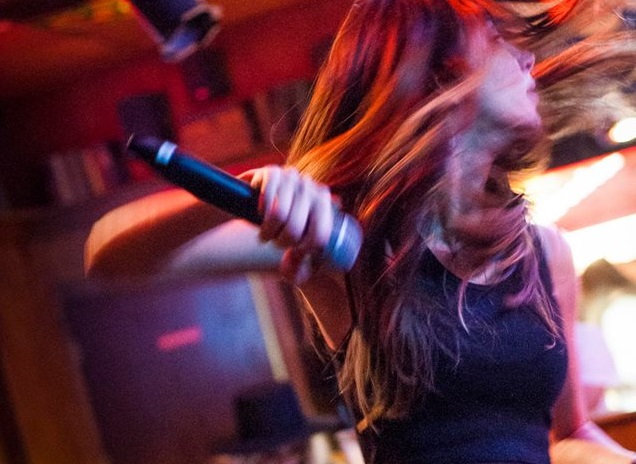 Hailing from Los Angeles, Silent Rival is the relative new kid on the block, but the band is already making waves in the punk rock scene. We at Cigars & Leisure first stumbled on their music by accident on Spotify, but we’re so glad we did. Silent Rival’s debut album, The Kindness of Strangers, has bouts of heavier punk reminiscent of old-school Paramore but then reinvents the genre by adding in synth pop, classic rock, and 80s pop. This isn’t surprising seeing as how their musical influences range from Gladys Knight to Led Zeppelin to Disney music. Curious yet? Our review comes later, but first check out their music video for “Die a Little.”

For frontwoman Sara Coda, her dream of making music has been her constant companion since she was little. She recalls writing songs as a kid but not knowing that what she was doing was called songwriting. For her, it’s simply what she did and enjoyed. It wasn’t until Coda met guitarist Joz Ramirez in a college music course, though, that she began to take things more seriously.

“Joining forces with someone who had the same passion and commitment was a game-changer,” Coda says. “Working on songs started to consume all of my waking hours, and everything just took off from there.”

Coda says that life was never easy for her or her bandmates: “It’s always been very important to me to live an honest and full life, rather than a comfortable or easy one that has the potential for regret, failure, and sadness. The silver lining is that I now feel like I’m taking life for every experience it has to offer. When it came time to write this album, it felt like I had already lived so many lives.”

The duo would end up spending 18 to 20 hours a day in the studio perfecting their sound. Ramirez, who has been playing guitar, drums, and keyboard since the age of 8, says that working with producer Matt Wallace, who has overseen albums from Maroon 5 and Andy Grammer, was key.

“He made me realize how much simpler things can be, and efficient,” Ramirez says, “and how it’s important to get out of your head and go with the flow, instead of overthinking things.”

Coda and her bandmates (Ramirez, bassist Yutaka Sao, and drummer Brock Bowers) were now ready to tour outside of Los Angeles but had the incredible challenge of booking their own tour. They had no connections in other cities, nor a publicist yet, so Coda got creative and put together a demo reel of their live shows and sent out about 600 emails. They finally managed to gather enough dates for a month-long tour, including a stop in Detroit, which Coda remembers with particular fondness.

“We weren’t even remotely an appropriate genre for the crowd’s taste,” Coda says. “For the first couple songs, they glared at us. But since our music is upbeat and because we have so much fun performing it, they eventually let go and started dancing. Having that experience of disarming people with music and being connected as a result is a very rewarding feeling.”

They were so blown away and inspired by the city that showed them “a lot of love” that they wrote a song called “Find Them Beautiful” about Detroit for their debut album.

One of the coolest things about Silent Rival is their infectious love for music, performing, and the fans. Coda told us a story about being on tour with My Chemical Romance guitarist Frank Iero and wildly underestimating how Iero packs venues with die-hard music lovers. Silent Rival didn’t bring enough merch to satisfy all the hungry fans and found themselves completely sold out by their final stop in Pensacola, Florida.

“We didn’t want to disappoint anyone and turn them away empty-handed, so we made an emergency trip to Walmart and Michaels,” Coda says. “We got plain T-shirts, fabric paint, and rubber stamps. We spelled out “Silent Rival” and stamped it on the plain tees. They came out really cool in a flawed and raw way. And we put the date on them too because that may very well be the only time we ever have to handmake shirts.”

Coda says the shirts were a big hit and that the best part about the hitch was solving the problem as a band.

“Seriously! Go to our Instagram [@thisissilentrival] and scroll back to late June. You’ll find the pictures of our handmade shirts. They were badass,” Coda says.

With tours and their debut album under their belt, as well as a current tour taking place, the members of Silent Rival are busy, yet loving it, and Coda says she wants to meet every fan at their shows and especially for people to connect with their music.

“If there were one thing I would want somebody to take from this record, it’s that we put everything that we had into making it,” Coda says. “That’s the only way that we know how to connect with people—honestly and, when necessary, brutally. As beautiful and magical as life can be, it’s not easy. And so, if you are like us and want more from life than to simply experience your own happiness and comfort, welcome to our world.”

For more information about the band, tour dates, and to buy their album, visit silentrival.com. 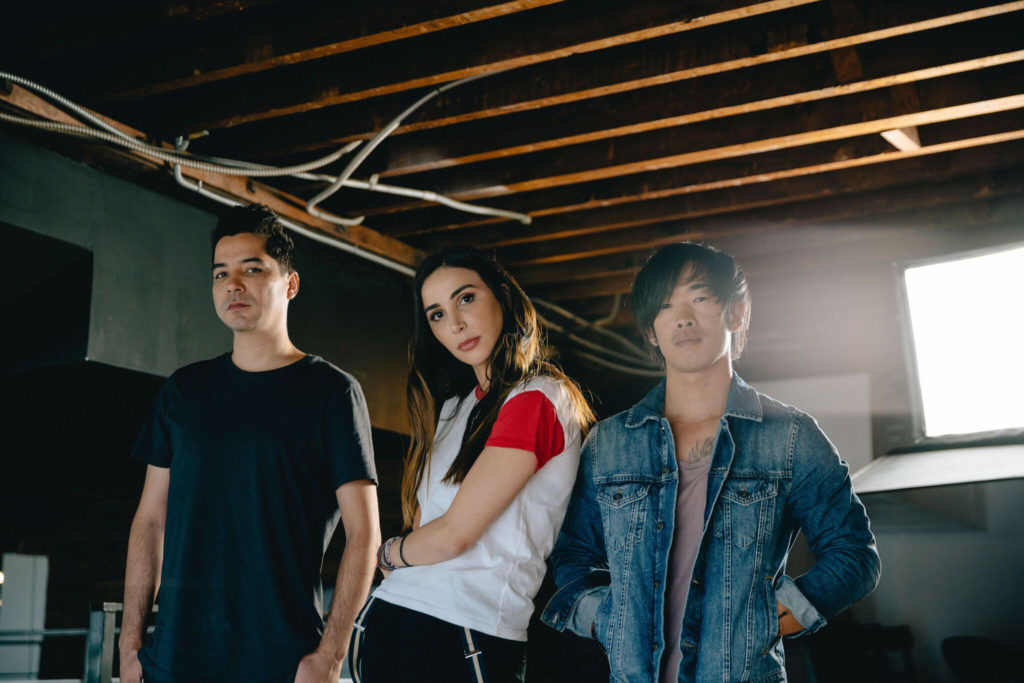 What’s the craziest thing you’ve done on stage?
I’m not that crazy on stage. I just drop to my knees hard sometimes and get gigantic bruises. But we were just in Tucson [Arizona] for a show, and during the first song Yutaka jumped onto some platform, slipped, and fell off the stage. Well, actually, he flew off. The stage was really high, and I was worried that he was hurt, and I couldn’t see him from where I was standing, but I heard his bass in my in-ear monitor, so I knew he was still alive. He hadn’t missed a beat.

What’s one of your favorite venues you’ve played so far, and what one would be a dream to play in?
One of our favorite venues so far was the Masquerade in Atlanta. The venue was cool, and the crowd was freaking incredible. They spoiled us rotten. As for dreams, where haven’t we dreamed of playing?

What is everyone in the band’s favorite drink to have after playing a show?
Water? Sorry. That’s not a very interesting answer, but it’s kind of true. None of us are very big drinkers. But once we drank micheladas from a gas station out of Styrofoam cups after a show. Not very classy, but very memorable because we did it together.

For our readers, cigars are their guilty pleasure. Do you have any guilty pleasures?
I love this question. We all love cats, cat pictures, and cat videos. They’re mindless, and going down the rabbit hole of cat content can be a huge waste of time. But it just never gets old, and I’ve honestly never seen a video of a cat that I didn’t love. Oh, and I also love bad TV crime shows.

Review of The Kindness of Strangers 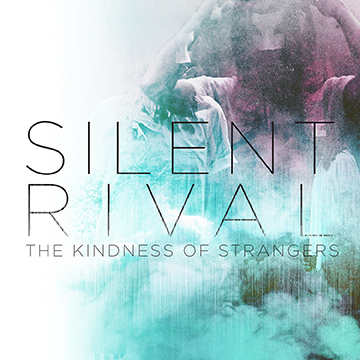 I’ll start this off by briefly stating that this isn’t usually my kind of music. I tend to gravitate toward darker music with a heavy dose of screaming—I’m not someone who usually enjoys peppy, upbeat music. However, Silent Rival’s debut album, The Kindness of Strangers, is a welcome exception.

The melodies and lyrics are infectious, especially on “Die a Little” and “Hollywood.” And one of the highlights of the entire album for me is “Freedom,” an 80s pop song with gospel-influenced harmonies showcasing Coda’s vocals, which rival even Lady Gaga herself in terms of range and power.

It isn’t all peppy, of course. “I Quit the War” carries passionate and heavy lyrics, with Coda’s vocals mellowing out. “Paranoid” is the band’s foray into a more guitar-driven track—as I mentioned above, a sound reminiscent of Paramore.

The biggest takeaway from this album, and from my interview with Coda, is that Silent Rival is just plain fun, and they just want you to have fun, too. I look forward to checking them out live, as I imagine they put on one hell of a show.

One thing is undeniable: Silent Rival is about to be everywhere, so jump on their fan bandwagon now, and then you, too, can say, “I knew them when .…”

Check out our coverage of last summer’s Vans Warped Tour, and check out STASH.

Thousand Below: "The Love You Let Too Close" Review