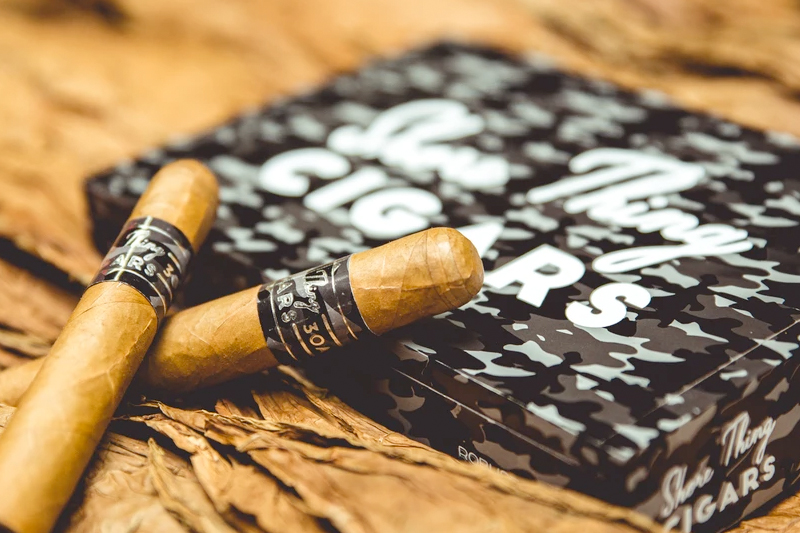 Shore Thing Cigars, a lifestyle lounge and cigar store owned by Paul Copeland and country music star Luke Bryan, has a new cigar release on the horizon. The company has announced the Shore Thing Cigars 2020 Exclusive, the third generation of the shop’s exclusive.

The Shore Thing Cigars 2020 Exclusive features 5 different tobaccos from the Dominican Republic and Honduras. The cigar features a Connecticut Shade grown wrapper from Ecuador. The cigar will be presented in a single vitola, a 5 x 50 Robusto and will come in 5-count packs retailing for $75 and 10-count boxes retailing for $135.

The company describes this cigar’s flavor profile as being light and smooth up front and as the smoke reaches the mid-way point it becomes fuller with notes of butter and salt. The cigar’s blend was developed by Copeland and Shore Thing Cigars’ general manager, Tiffany Ashley. The Shore Thing Cigars 2020 Exclusive is being produced by Davidoff Cigars at the Camacho factory in Honduras. 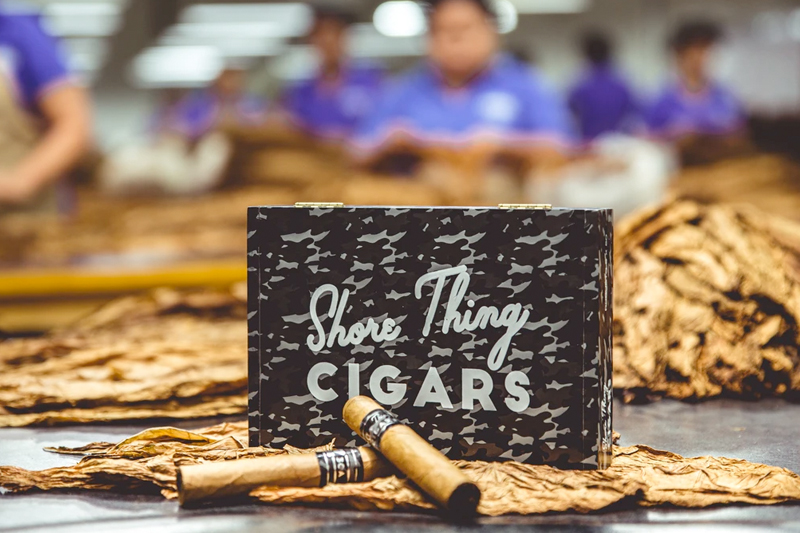 In an interview with Cigars & Leisure editor Antoine Reid, Copeland commented, “This is a new blend that was created by Tiffany [Ashley] and yours truly. It’s going to be a Robusto, a 5 x 50, a 10-count box. The cigars are mild, they’re smooth, it’s a very creamy blend. I don’t do anything once–I like to do it dozens of times. If I smoke a cigar, I want to smoke four or five. It’s an awesome, smooth cigar to smoke inside, outside, on the golf course, on a boat. You can smoke 2-3 of them. It’s a 10-count box, it’s super awesome. On the bottom of it, it says ‘Designed on Florida’s beautiful Emerald Coast and crafted in Honduras.’ We made these cigars in the Camacho factory. These cigars will be hitting the market at the end of June. The cigar will be an exclusive done for us through Davidoff.”

The camo-inspired box design was a specific choice made by Copeland who reveals its inspiration stems from a jacket he purchased from Saks Fifth Avenue during a trip to Manhattan, New York.

“We’re calling that box lunar camo and the inspiration for that cigar is that I was in New York City in Manhattan a couple of years ago for Christmas and walking through Saks Fifth Avenue. I’m walking through there and I’m walking through the men’s section and I come across the John Varvatos shop-in-shop there. There’s this beautiful suit jacket that they had just put up there and it was black camo. I went over and bought that and I sent a picture of that jacket to the folks over at Davidoff and I said, ‘I want the box to be like this suit jacket.’ They did that and the blend that Tiffany and I did is so good. It’s one of those cigars that you light up and everyone that’s smoked it has said it’s like … buttery–it has a salty, creamy, smoothness to it that’s absolutely amazing.”

The Shore Thing Cigars 2020 Exclusive is available for pre-order online at shorethingcigars.com.