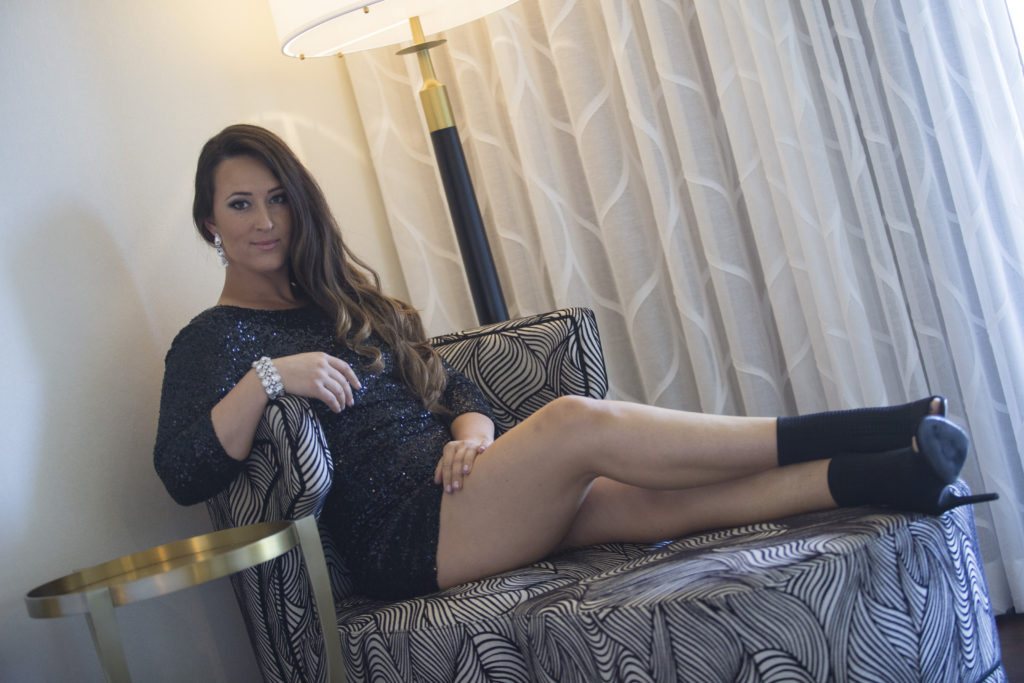 Those who compete in extreme sports are talented, multifaceted, and maybe a little on the crazy side—but in the best possible way. We wanted to get into the head of one of these X Games athletes and see exactly what motivates her to put her life on the line every time she hits the dirt.

We sat down with Sara Price, a motocross X Games medalist, off-road racer, and the first female to race stadium super trucks, to talk about her time competing in the X Games, doing stunts for commercials and movies, autographing babies, and winning … a beauty pageant?

Cigars & Leisure: How did you get into motocross? Was this something you always wanted to do?
Sara Price: I used to love jumping horses and competing; I even went to the California state championships. But then I would watch my dad and brother race in motorsports—my dad raced off-road in Baja, and my brother raced motocross—so my attention quickly turned away from horses. They’re both very talented athletes and drivers, so they definitely inspired me.

Were your parents supportive?
My mom would take me to the track to watch my brother practice, but apparently I had too much energy and she had no idea what to do with me. So when I was 8 years old, my parents bought me my first motorcycle so I could ride the peewee track. Little did they know I would fall in love with motocross. Shortly after, my parents entered me in my first race, and I won!

Is competing in the X Games one big, fun party, or is it a lot more serious than we think?
Motocross is a very dangerous sport. It’s not a question of if but when you will get hurt. You must be mentally sharp and physically fit. Despite being dangerous, the X Games are where I’ve created my best memories. But after you get the medal and all your hard work pays off, then it’s time to party.

What’s the most scared you’ve ever been during a race?
Every athlete is nervous before a race, and if you’re not nervous then you shouldn’t be there. I don’t normally get too scared, though, because I always try to be prepared and have confidence in my skills. Nerves, on the other hand … oh, yes. I get very nervous before races; it’s part of the addiction. 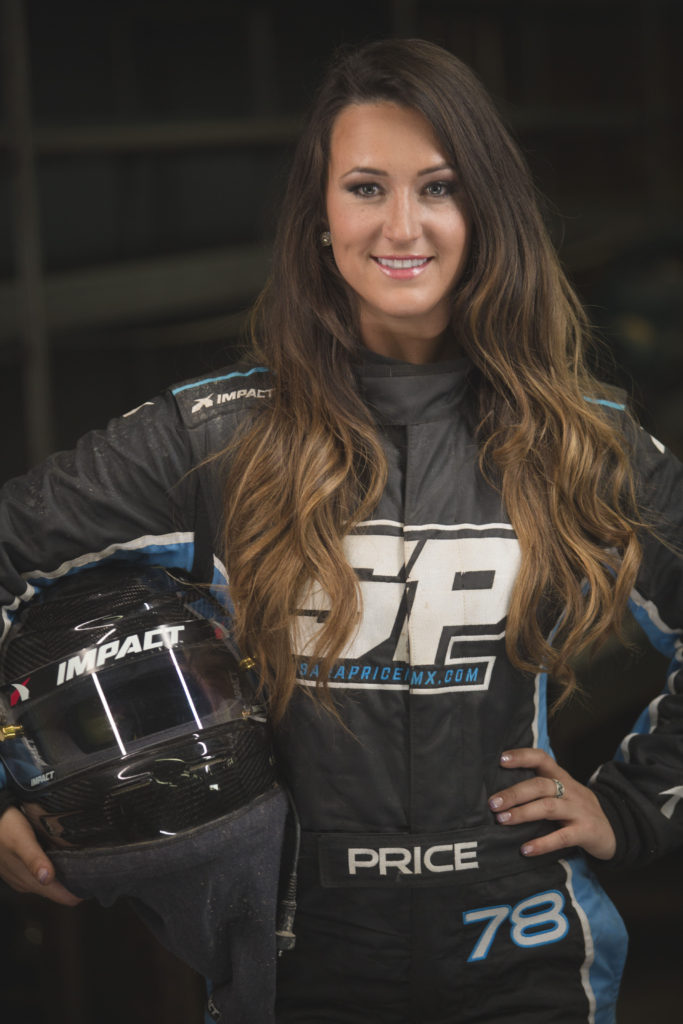 What gets you pumped up before competing?
Music, but aside from that, the adrenaline and nerves pump me up. It’s such a love/hate relationship because once you take off from the starting line all the nerves go away and your mind is completely clear, just living in the moment.

How did you get into off-road race car driving?
After X Games stopped doing the women’s Super X, it was tough to find a good promoter and to make a living racing on two wheels. So my dad gave me a UTV [utility task vehicle] and entered me in my first off-road desert race. The last thing he told me at the starting line was, “Here is my cellphone. Drive it to the finish line as hard as you can or until she blows.”

After winning the race I called him and told him, “You said to run her until she blows and, well, we blew the engine.” A few years after that race, I found myself back in a UTV and racing more and more. I really enjoyed it and loved going fast, so I decided to race all I could on four wheels.

You’re the first woman to race a stadium super truck. May we plead ignorance and ask what exactly is a stadium super truck?
Stadium super trucks were created by the legendary driver Robby Gordon. They are 650 horsepower off-road trucks that race mainly on streets in series like IndyCar and [the] Supercars Championship. They’re guaranteed to be a fan favorite at any event because they put these metal ramps on the track so we get some massive air jumping over each other. It’s something totally different than I’ve ever seen or done, and that’s why I wanted to race one so I could test my driving abilities. 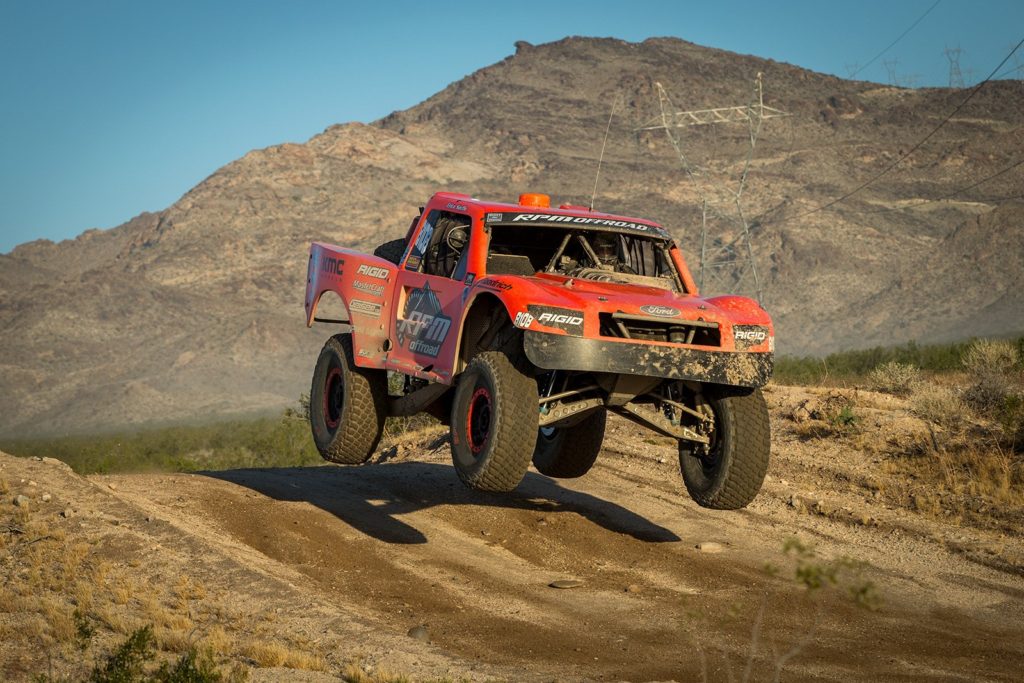 You recently had your first race in the RPM Offroad Trophy Truck, how did it go getting to drive such a powerful and fast machine?
No words can describe the feeling of racing that truck! This is something I never imagined I would ever get the chance to do. These trucks are the kings of the desert and are only driven by the best drivers in the business. They are not cheap to run or own.

Like everything I do I studied hard and educated myself to the best of my ability. When I finally got into the truck I wanted it to be as smooth as possible. Every lap I felt more and more confident and by the last lap I felt confident. I had the time of my life and it couldn’t have gone any better. My co-driver, Erika Sacks, and I ended up 2nd overall in the open class and were the first all-female team to occupy both seats. I hope to race these trucks in the future and continue to hone my skills.

You competed in a beauty pageant not long ago. What was it like, and why did you want to do it?
I was in the off-season recovering from a shoulder reconstruction surgery, and I wanted to do something different. I received a letter in the mail asking if I wanted to compete and thought, why not? Let’s show the world and the media you can be a girlie girl and yet still be one of the best athletes in a male-dominated sport. I ended up winning and went on to compete in the Miss California USA pageant.

You are a stuntwoman as well as a member of the Screen Actors Guild. What made you get into stunts? Do you have any films or commercials lined up?
I received a phone call from a good friend asking if I was interested in doing stunt riding for a big-time commercial and would have to do some wheelies and mess around on a motorcycle. I went to the shoot not having any clue what I was in for and how big of a production it really was. But I ended up falling in love with it and got accepted into the union right away. Since then, I’ve done commercials, movies, music videos …. You name it, I’ve probably done it. It’s something I really hope to be able to continue to do a very long time.

What would be your dream film, past or present, to do stunt driving/riding for?
That’s a hard one, but I would say the newest Mad Max movie would have been awesome to do. It was all these wild machines and organized chaos; it would’ve been so fun for the drivers involved. I also recently saw CHiPs, and man, those bike stunts were insane. Some of my friends worked on that movie, and I kept thinking how fun it would’ve been to work on that movie with them.

If you could choose someone to stunt double for, who would it be?
I’ve doubled for some big-name singers and actresses. One actress people always tell me I’d be a perfect double for is Jennifer Lawrence. I’m hoping the opportunity presents itself.

Have you ever thought about acting?
If I got offered more acting jobs, I would take [them], but I’m happy doing stunts. Acting is a lot of work, and it’s very repetitive. I have acted before as both a stuntwoman and actress, but the action side of things excites me more.

What career would you have pursued if you weren’t racing and doing stunts?
Honestly, I have no clue. Maybe a veterinarian because I love animals and grew up with them. But ever since I was 8 years old I wanted to be in professional motocross. I’ve lived out my childhood dream and achieved that and now am evolving it into other areas like being a stuntwoman. It’s really cool.

Do you have any crazy fan encounter stories?
Oh, yes. You can imagine as one of the few females surrounded by males, I stand out when we get off the track. I have been asked by guys to marry them and to sign all kinds of crazy stuff, including babies, just like Ricky Bobby in Talladega Nights.

What advice would you have for those who want to follow in your footsteps?
This field takes hard work, but if you set your mind to it, stay humble, put your head down, and practice, then its 100 percent possible! Dream big, and I promise if you put your heart and a whole lot of effort into it you will achieve it.

For more information on Sara, visit her website at sarapricemx.com. 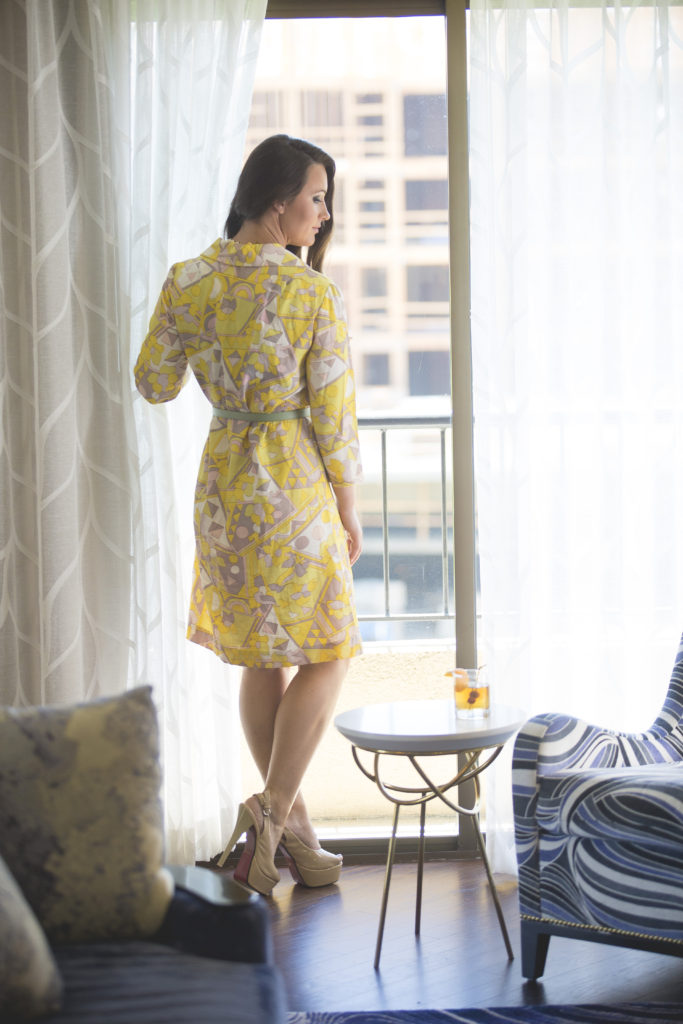 What’s your favorite food or drink to reward yourself with after competing?
I’m a steak and potatoes kind of girl, so my first pick is always filet mignon and a glass of red wine. Sometimes I’ll indulge and reward myself with a Dr. Pepper because I usually don’t drink soda.

Favorite show on Netflix?
Shameless, all the way.

Beer, liquor or wine?
Red wine followed by liquor. I’ve never been a beer girl. I’ve tried to like it, but I think I’ll stick to my wine and liquor.

What, or who, inspires you?
Friends and family. I believe the most important recipe for success is the quality people you surround yourself with.

Little known fact about you?
I’m very spontaneous and am always up for an adventure. There isn’t much I’ll say no to.

Favorite place you’ve ever been?
Morocco. I fell in love with the people there when my co-driver Erica Sacks and I were there for a month to compete in the toughest all-female sporting event on the planet, the Rallye Aïcha des Gazelles. I would go back in a heartbeat.

Places you want to go to but haven’t been yet?
Ireland, Thailand, Japan, and anywhere in the Mediterranean are on my bucket list right now. If I can find a race in one of those spots, then count me in!

For more extreme sports, check out our interviews with X Games stars.

Updated! Sara recently won the Hoonigans Wanted challenge. The race is known as the oldest hill climb event in America, and winds along insanely narrow roads on Mt. Washington in New Hampshire. Here’s a video as well as some pictures. Congrats, Sara! 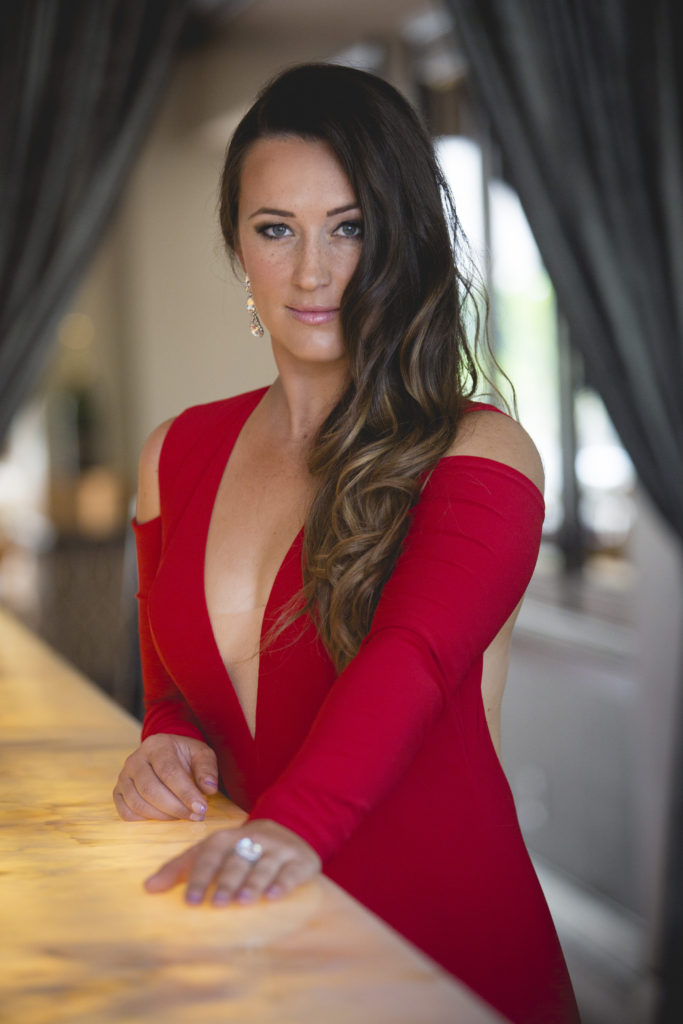