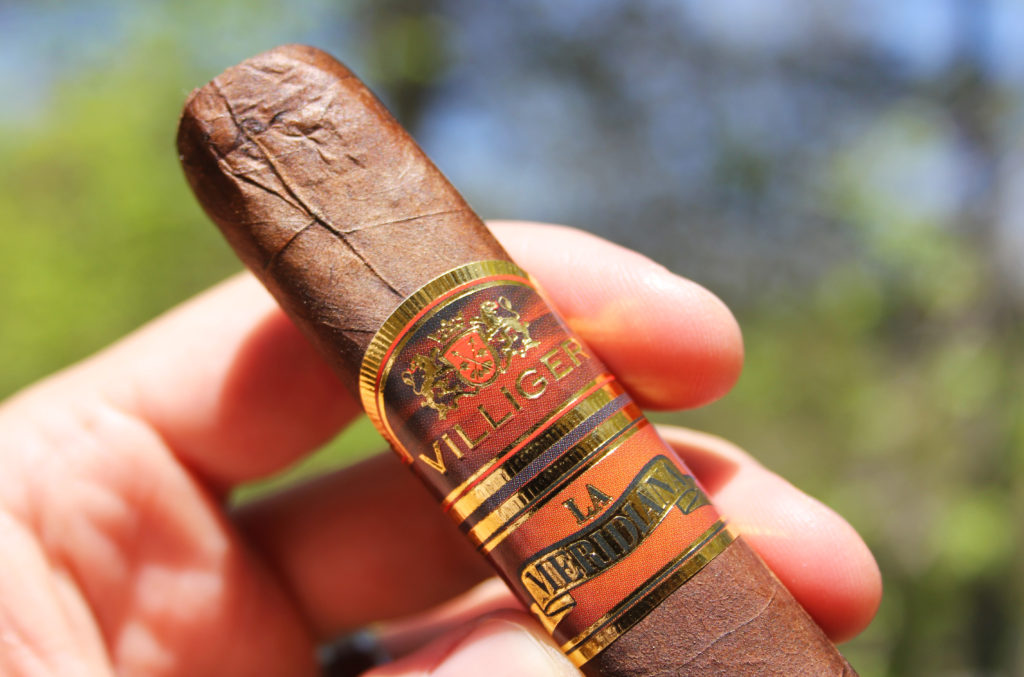 Originally released in Europe in 1998, the La Meridiana was finally introduced to U.S. consumers in March 2019. La Meridiana was conceived by Heinrich Villiger as a way to pay tribute to long-lost Cuban cigar heritage. It’s based off one of the largest, most well-known Cuban factories, which is named La Meridiana. However, in 1898, owner Pedro Murias was forced to sell the factory due to unrest in Cuba during the Cuban War of Independence, and just like that, the factory faded into memory.

Along came Villiger who, during his many trips to Cuba, discovered the rich history of the La Meridiana factory. He decided he wanted honor Pedro Murias and La Meridiana with a full-flavored, Nicaraguan-puro carrying the name of the factory. The unique hue of the wrapper and flavor are borne out of a special tobacco aging process that takes about four years.

The La Meridiana comes elegantly packaged in 10-count boxes and in five vitolas:

“We feel that it is the perfect time to launch the Villiger La Meridiana to the U.S. consumer,” said Rene Castaneda, president of Villiger North America. “The La Meridiana is an exceptionally elegant and flavorful cigar that I am confident will satisfy the cigar connoisseur.” 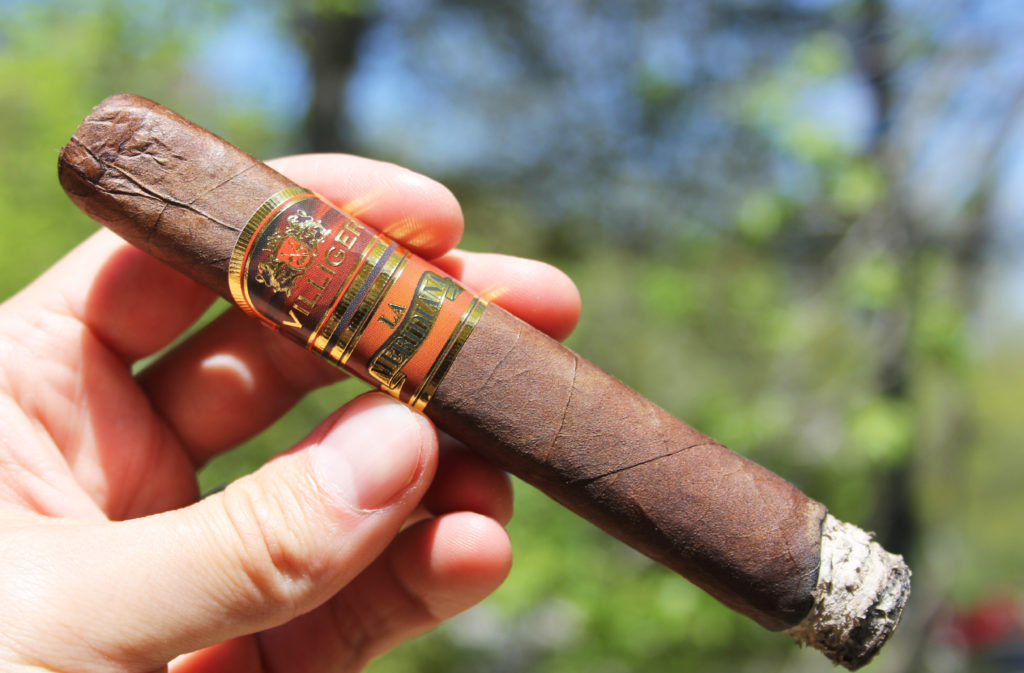 There’s something about Villiger Cigars that just gets me excited. Maybe it’s because I’ve never had a bad cigar from them, or maybe it’s because they are incapable of making anything that isn’t insanely delicious and packed with flavor. Well, I’m happy to report that the La Meridiana is no exception, and it’s a truly unique cigar at that.

The pre-light exam provides a good cold draw (maybe erring a bit on the too-firmly-packed side, but more on that later), with the citrus and cedar flavors showing off already. There are a few visible veins, but it’s an all-around solidly constructed cigar. I will note that I’ve fallen completely in love with box-pressed cigars, and I’m not exactly sure why. Maybe it’s simply because the box-pressed cigar is a unique shape as opposed to the regular round ring gauge. But whatever my reason may be, I really hope more companies start to include box-pressed cigars in their lineups.

The cigar lights effortlessly, and the first few puffs features wonderful orange zest mixed with some cocoa and cedar. Ever had one of those chocolate oranges? That’s what I’d equate these flavors to. The draw is excellent, dispelling my earlier fears that it may be too firmly packed, and it continues to open more as the cigar progresses.

This is a fun cigar. It’s not often I enjoy a smoke that features such an orange-forward flavor profile. It’s a flavor bomb of cinnamon, pepper, cocoa, and citrus, and the aromas are akin to a tropical island full of oranges. Or Florida. The white-colored ash holds for almost 2 inches before falling. The flavors continue to evolve as the cigar progresses with more spice in the second-third, but through it all, the citrusy goodness sticks around. 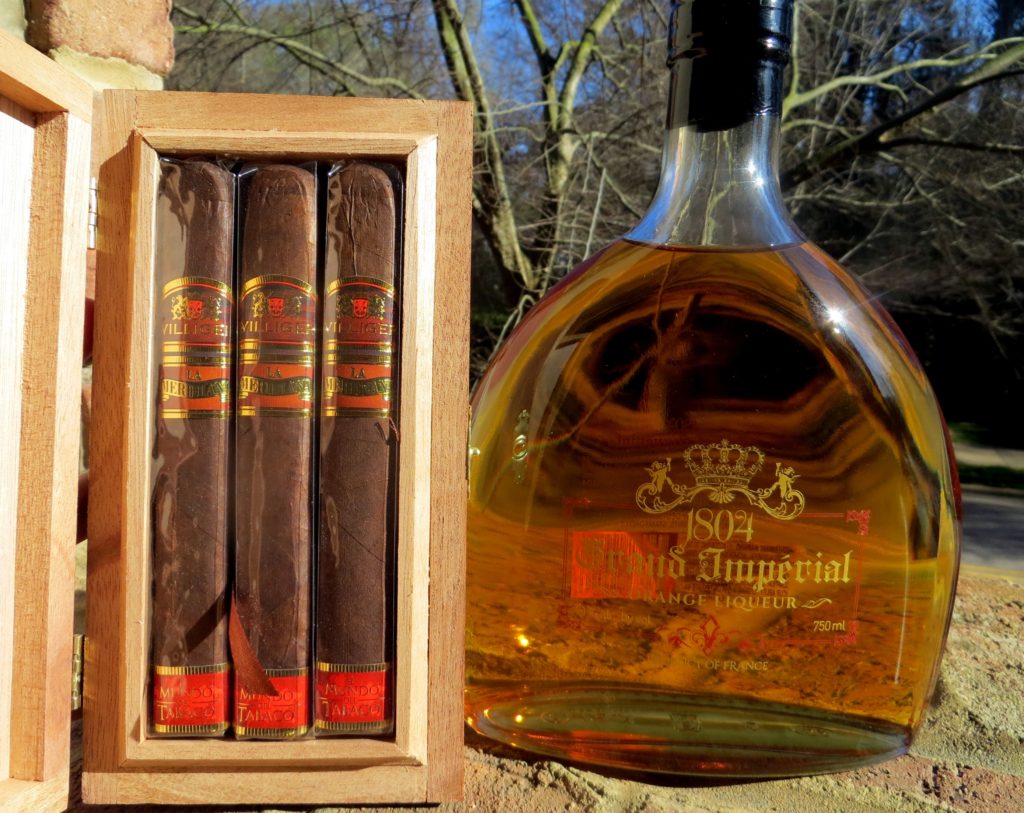 Villiger Cigars sent over some Imperial Orange Liqueur to enjoy with this smoke, and at first, I’ll admit, I was a little confused as to why I’d want to be sipping on orange liqueur while enjoying a cigar. But then I started smoking the La Meridiana, and it made perfect sense. The doubling up on orange was an explosion of flavors that I enjoyed immensely.

I also tried the cigar with some E. Leon Jimenes 110 Aniversario rum and found the dark cedar notes in the rum to complement the cigar nicely. The cedar helped mellow out some of the orange flavors, which is good depending on how much you like citrus. 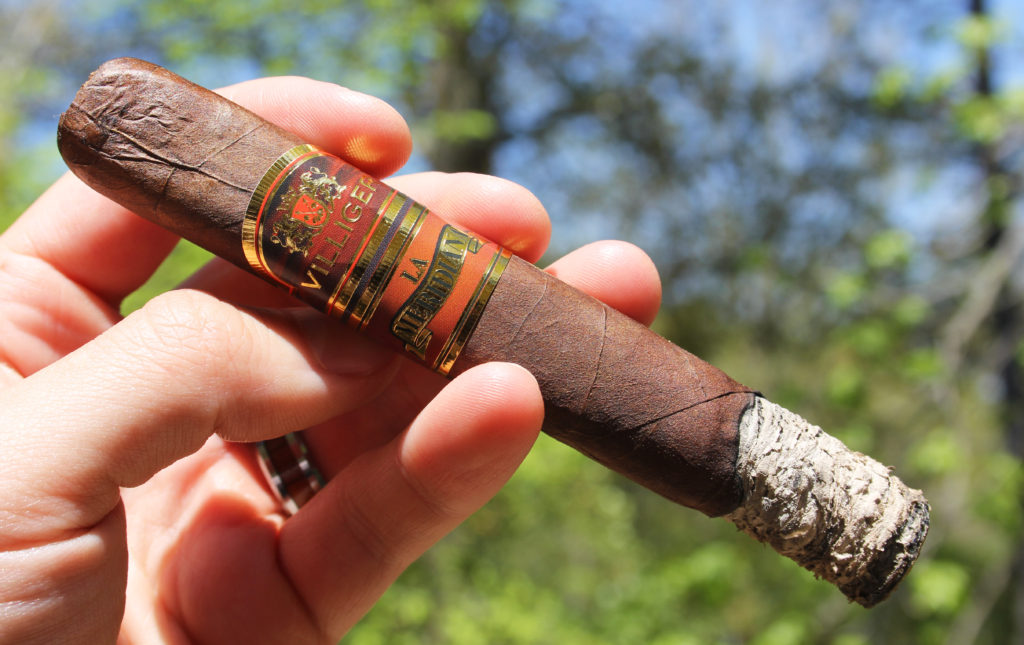 This is summer in a cigar. In fact, Florida should make this their official state cigar. As I mentioned above, it’s a fun cigar and quite unique, as I’ve never had a stick this citrusy before. I highly recommend it!

For more info, and where you can buy the cigar, visit villigercigars.com.

For a full list of our cigar reviews, head over here.

Trinidad Espiritu to be Released Pre-IPCPR