It all began with a birthday gift: a pricey cigar from 17-year-old Anto Mahroukian to his father, John Mahroukian.

“I bought him this expensive cigar,” Anto Mahroukian, president of JM Tobacco, says. “I don’t even remember what it was, but it cost about $20. He smoked it and liked it. Then he asked how much I paid, and when I told him, he was shocked.”

This led John Mahroukian—the JM in the company name—to research how he could offer a better cigar for much less money. He already owned a jewelry factory in the Dominican Republic, so he told his factory foreman to check out the local cigar factories. The foreman found a factory that would provide them with private-label cigars, so John ordered 10,000 cigars at about a dollar apiece. 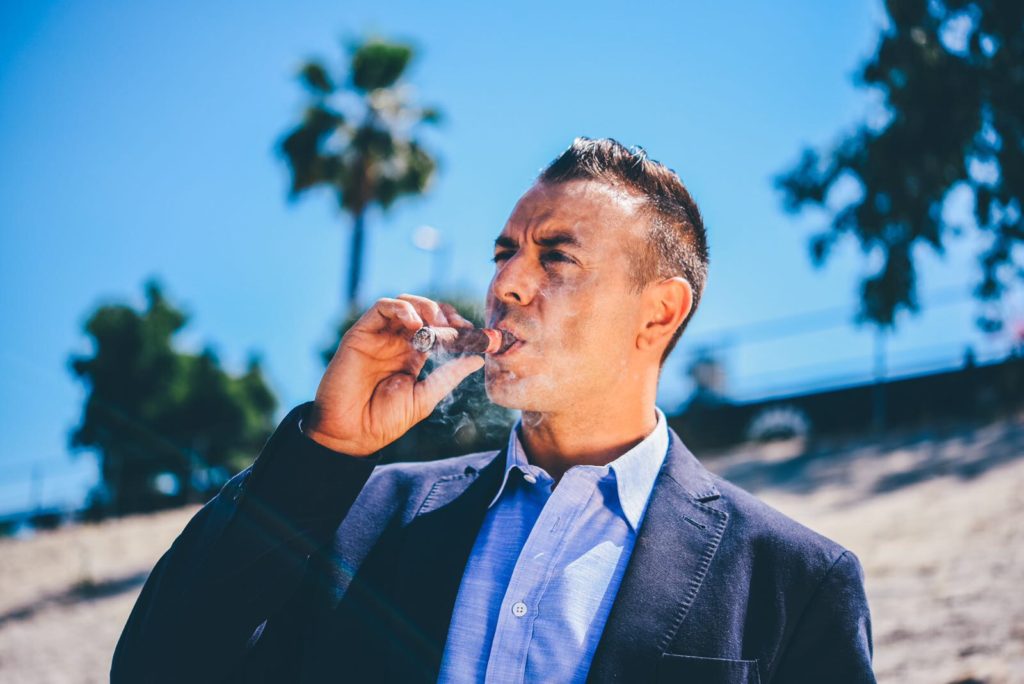 Anto says his father used to joke that even if they didn’t sell a single one of the 10,000 sticks, at least he’d have enough cigars to last him the rest of his life. Thankfully enough, JM didn’t have to smoke all the cigars alone.

Since its founding in 1996, the Los Angeles-based company has prided itself on making value-priced, premium handmade cigars, using top-quality Latin American tobacco.

“All our cigars share this level of quality and performance, and all retail for less than $3,” Anto Mahroukian says. “This philosophy has made our company message of ‘Your Daily Choice’ a reality for smokers. Our many blends, wrappers, and shapes provide enough variety to satisfy those who enjoy more than one cigar a day.”

To celebrate their growth over the last 20 years, JM Tobacco is spotlighting their original flagship cigar, the one that began it all: the Española.

When I first learned that the Española was celebrating its 20th anniversary, I knew I had to get my hands on some. Thankfully, I got two: the Española Gold Label (Ecuadorean-grown Connecticut) and the Española Black Label (maduro).

Both cigars were terrific smokes, and I’m here to tell you that you need to try them. Then buy more and enjoy them all over again. Here’s a brief review of each so you can choose which one you want to try first and get a better idea as to why these cigars are a superb choice.

This was my favorite, as I’m a big fan of maduros. Both cigars have such a perfect draw. All I had to do was get close to the head of the cigar and lightly inhale, and I would have a full draw without even trying. It was so easy and effortless. On top of that, the aroma was beyond pleasant, and the retrohale was never harsh to the sinuses. My girlfriend, who was sitting on the patio with me, described the aroma as “sweet and easy on the nose.”

This cigar was very well-behaved, as well. I lit it once, and it stayed at an even burn throughout the 60-minute smoking time. I never had to tend to the burn again until I sadly had to extinguish it.

Overall, the Black Label was a delightful smoke (there really is no better word to describe it).

Unfortunately, while I was on my way to my patio to enjoy the Gold Label I dropped the cigar right on the head, causing the binder to come slightly loose. I took a moment to decide whether I should still smoke it and quickly decided that if this cigar was anything like the Black Label, I couldn’t pass it up.

Even with my butterfinger incident, this cigar was still excellent (dare I say, delightful?). The Gold Label behaved just as well as the Black Label and needed no tending after the initial lighting. All I can add that I didn’t already mention for the Black Label is that both of these cigars are beautifully constructed. The quality and level of performance that Mahroukian discussed with me is quickly apparent with the Española line.

Thankfully for us, JM Tobacco is going to be releasing a Green Label and Red Label as well—and this time I won’t drop one.

Both Española blends come cello-tubed and are presented coffin-style in Spanish cedar boxes.

For more information on JM Tobacco, visit jmtobacco.com. And be sure to check out our review of JM’s Zoidian cigars.

For more on the Española, here’s a video from IPCPR of Anto introducing the cigar