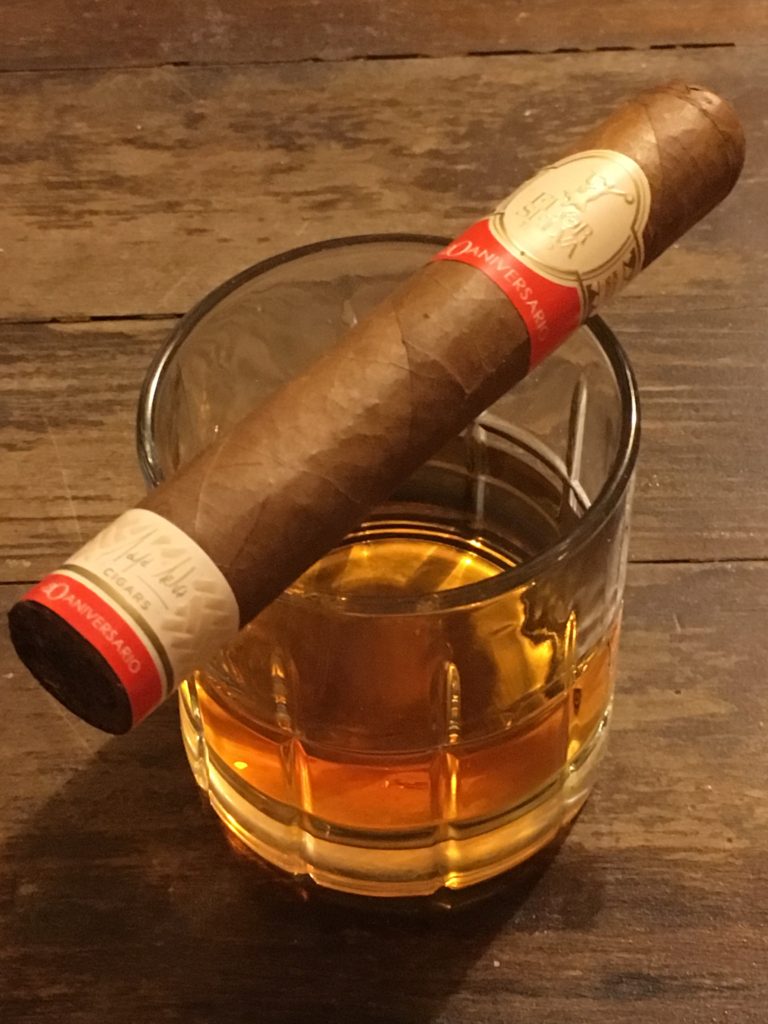 There aren’t many female entrepreneurs among cigar makers. Honduran businesswoman Maya Selva is, as the saying goes, representing, and she has more than earned her moniker “grande dame of the cigar industry.” Maya Selva cigars have been popular on the European market since they first appeared in 1995. It is only more recently that Selva has finally started bringing her cigars to the American market, and here she is finding a warm welcome among smokers with an eye (and palate) for top quality.

Selva’s most recent product introduction to American shelves is a line she developed for Europe in 2015 to celebrate the company’s 20th anniversary and introduced to the U.S. only this summer: the Flor de Selva Colección Aniversario No. 20. This Honduran puro line (that is, made in Honduras entirely with Honduran tobaccos) comes in five sizes; today we are reviewing the largest—the Tempo Natural—a big, fat, handsome hand-rolled smoke bomb that looks promising out of the package. But handsome is as handsome does, so let’s see how this beauty performs. 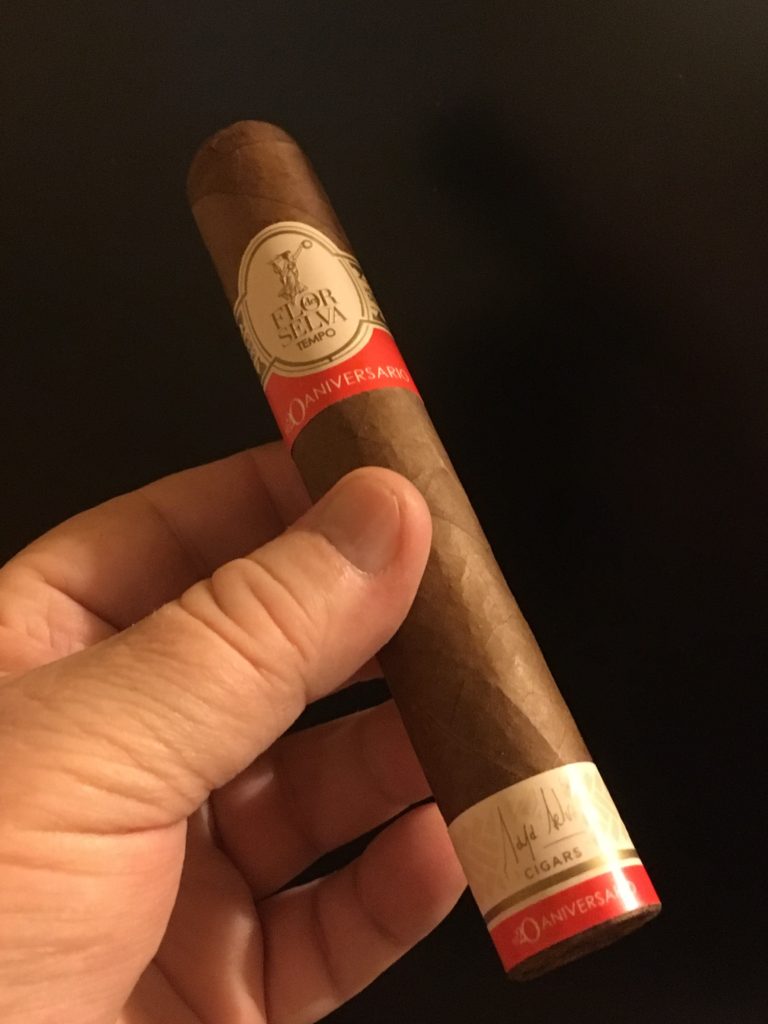 Fresh from the cellophane, the Tempo exudes a rich fragrance of earthy, moist pastureland and tobacco barn aromas. Indeed, this cigar exhibits such a memorably agreeable and lively fragrance even before it’s lit that it offers assurance (we hope) of good things to come. The cigar has real heft, befitting a big smoke, and its construction looks superb: Veins and seams are not obtrusive and packing is dense. The uncomplicated double cap is flawlessly applied. The Tempo’s chocolate-colored Habano wrapper fairly shines in good light, and on close inspection its toothiness (the wrapper leaf is fuzzy with resin glands) foretells plenty of flavor. 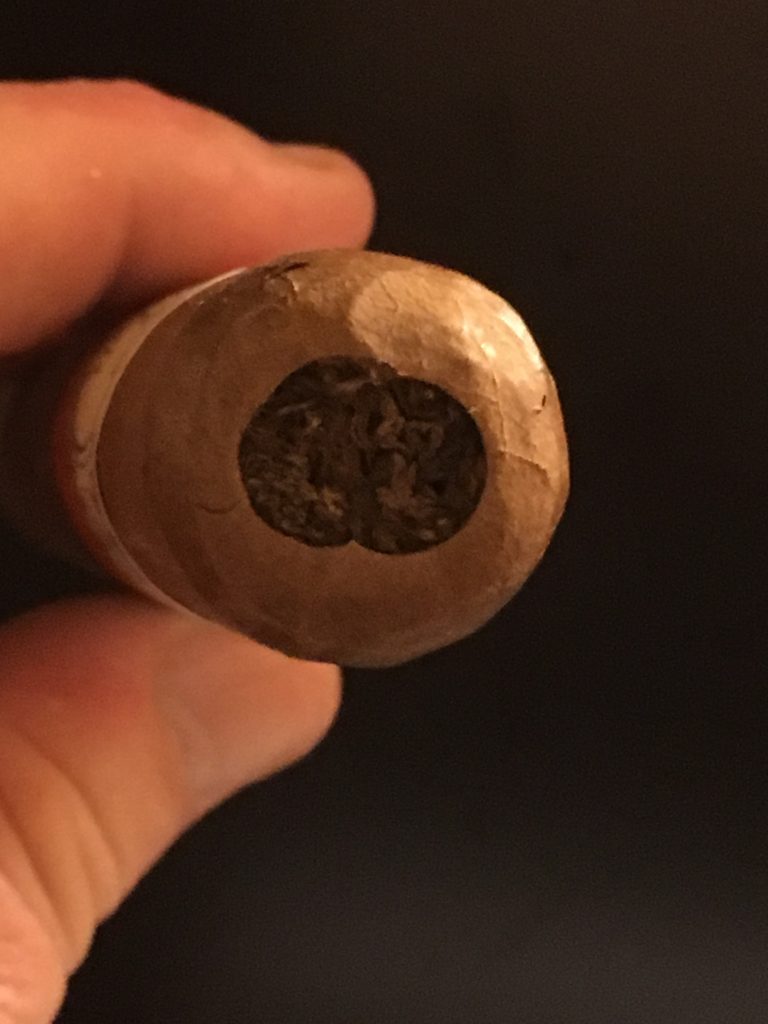 I opened up two side-by-side large-gauge punch cuts and found the cold draw somewhat snug but adequate for getting started, and after sliding the foot band off I managed to achieve a nice, even light with a single wood match. First flavor notes are straight-up, earthy, pungent tobacco and black pepper. There’s nothing off-putting or green in this tobacco. The retrohale is mild and forgiving.

Twenty minutes in, a 1-inch granite-colored gray ash bespeaks a solid, well-put-together pack of mature long filler. Smoke output, like flavor, is in the medium range, with rich clouds coaxed from every puff but only a thin wisp when the cigar is idling between draws. At 40 minutes, the flavor becomes richer and even a tad milder. The pepper has backed off, and in its place one finds a deepening background of brown sugar, buttery pastry and cedar. It is not unusual for a cigar to sweeten halfway through—a transition I always look forward to, especially in a big cigar. Also, only now am I noticing just a bit of nicotine buzz—not discomforting, but detectable. The cigar proceeds at a stately pace, and an hour after light-up I am not yet into the last third. This is not a casual smoke but rather one meant to top off a full meal, at least for me. Overall, most smokers would say the cigar falls somewhere between medium- and full-bodied, depending on how eagerly it is puffed. 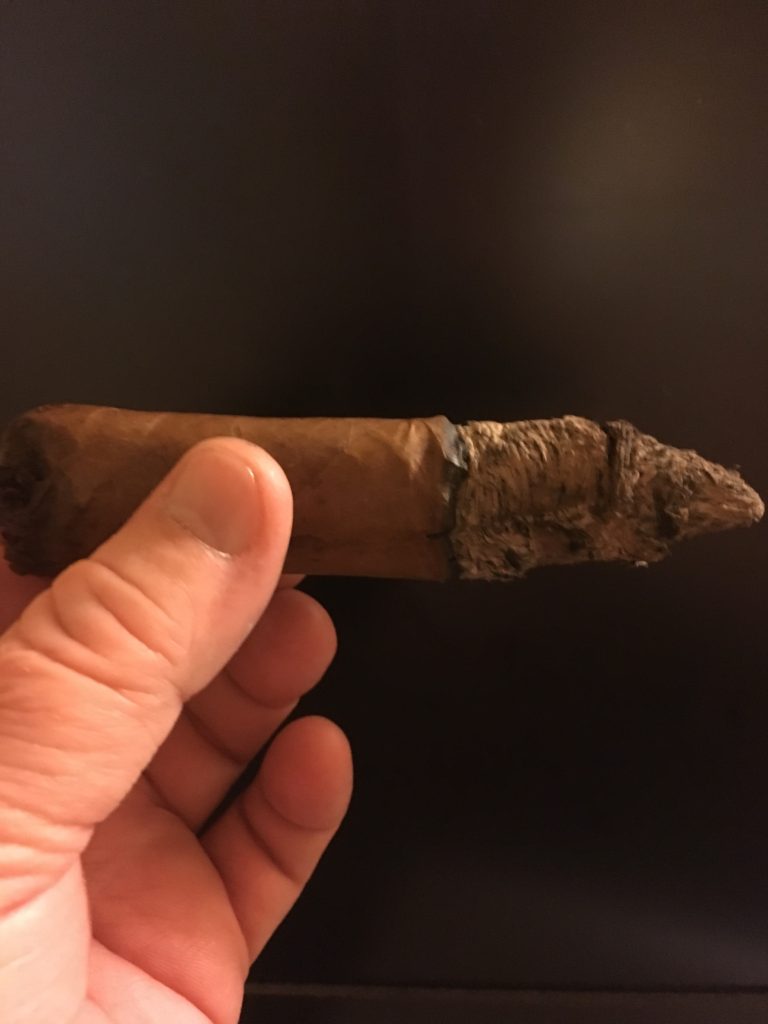 To do this cigar justice, you’ll want to be in a mood to smoke for a while. At 90 minutes there’s nearly 2 inches left to smoke, and the flavors just continue to fuse into a warm nougat glow, an impression that remains in the mild, lingering aftertaste. At an hour and 45 minutes, the nub is getting a bit warm to the touch, and at last I set it down, fully sated.

Is the Tempo worth its $14 asking price? It certainly is if you can afford premium cigars. Rich and earthy throughout, the Tempo lives up to its luxury billing and performs as handsomely as it looks, with a nice, sharp burn line, scant need for any touch-up, and rich, gentle, slow flavor transitions. There are no rough edges to this cigar experience. I have had the pleasure of smoking a number of Selva’s offerings this year, and I have never had a bad, or even an indifferent, Maya Selva cigar. Her Flor de Selva Colección Aniversario No. 20 Tempo Natural is a praiseworthy addition to the Maya Selva line, meriting a place in the humidor of any cigar enthusiast who sometimes desires a well-above-average smoke. Word is still spreading in the States about Maya Selva cigars, so you might have to ask your retailer to get you some to try. You won’t be sorry.