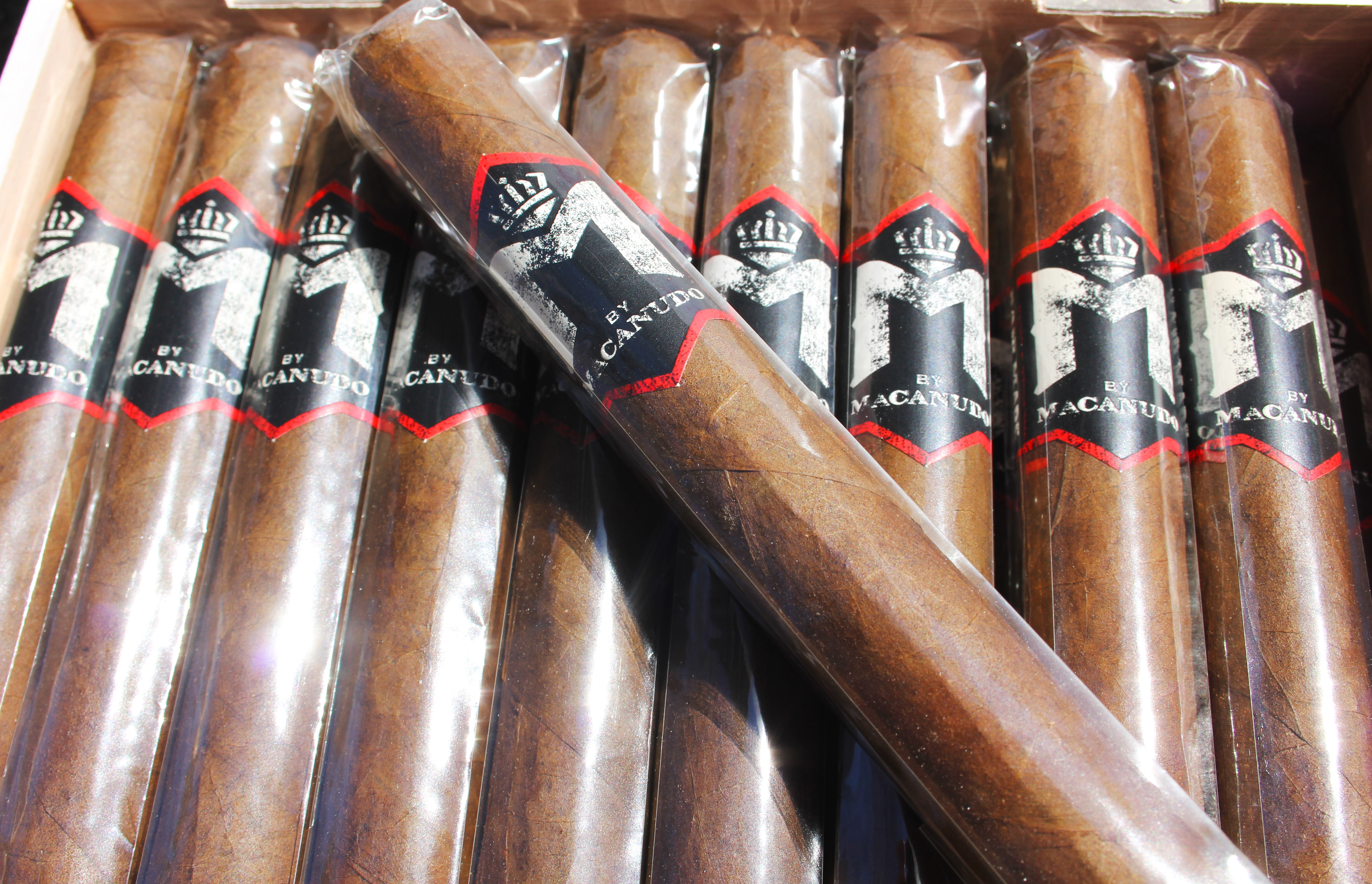 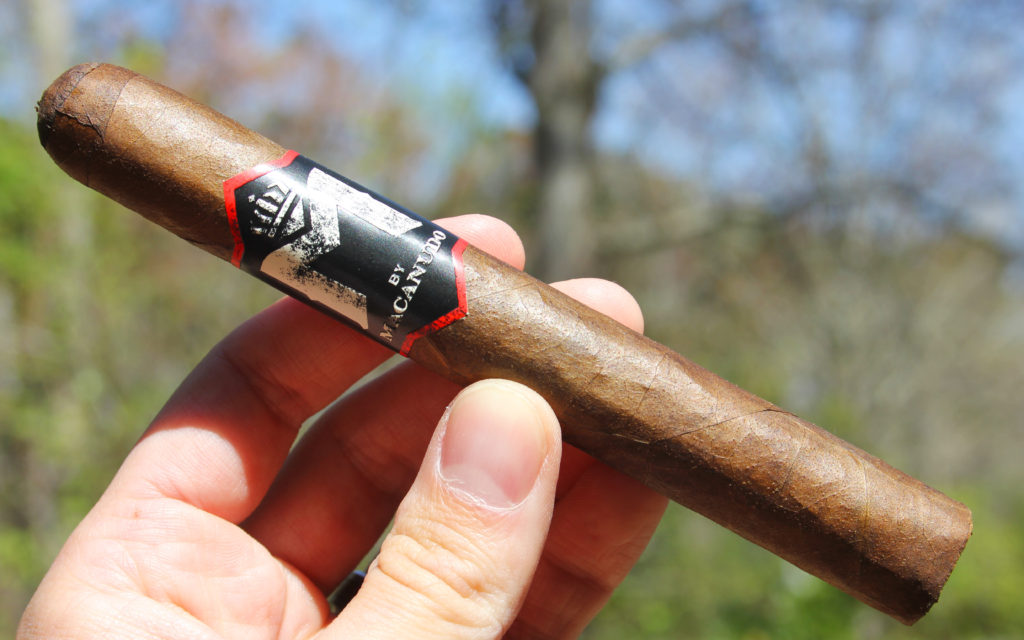 The Macanudo Inspirado line is one of my favorite cigar lines out there. Whatever type of cigar I’m looking for, it’s there in their lineup that consists of the Red, White, Black, and Orange. But last summer Macanudo decided to go for something completely different and released their first infused cigar. It’s simply called “M.”

“With M, we’re once again launching a cigar that defies the conventional notions of what the brand represents,” said Steve Abbot, senior brand manager for Macanudo. “This is not your typical flavored cigar. M smokes like a premium Nicaraguan cigar, and the experience is enhanced with just the right amount of coffee flavor. We’re sure that M will be a fast favorite among Macanudo smokers, as it will be for any premium cigar smoker looking to up their game with a dynamic and flavorful smoke.”

This cigar features an Indonesian Besuki wrapper, Philippine binder, and a blend of Nicaraguan and other fine tobaccos as filler. We are reviewing the Toro size, but it also comes in a Corona (6 x 44) and a Belicoso (6 x 54). All three options are extremely affordable at $7.49 to $8.49 per cigar and are presented in 20-count boxes. 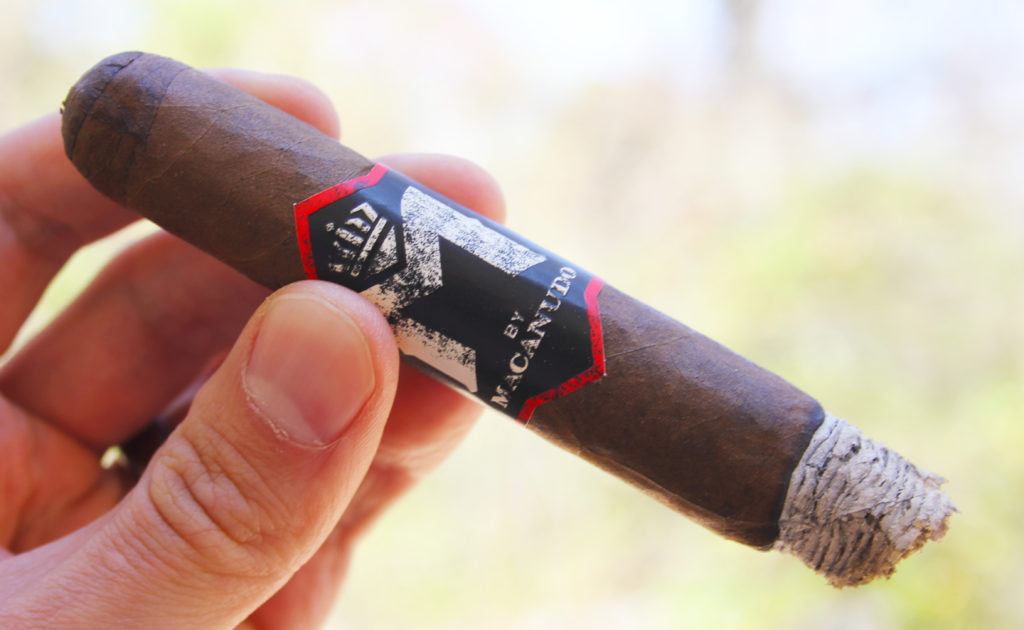 Upon opening the box, I was smacked with the sweet, savory smells of milk chocolate and mocha, and I hadn’t even removed any of the cigars from the cellophane yet. You might want to do yourself a favor and put these in a Boveda bag by themselves rather than mixing them with other cigars in your humidor because these infused cigars would permeate the smells and tastes of every cigar in there.

I take a stick out of the cellophane, and wow. It smells like what I imagine a coffee-flavored Hershey bar would smell like if they made such a thing (they need to make such a thing). The cigar is firm with some give, and the cold draw is just right, leaving a bit of sugar taste on the lips from the sweetened cap.

The M lights up easily, and the first few puffs offer a coffee lover’s dream cigar. It’s a mocha in cigar form. Quite literally. The M is a flavor bomb, but it isn’t overpoweringly sweet like some infused cigars I’ve smoked before. There is a voluminous amount of smoke production, and the draw continues to be excellent. I absolutely love the aromas coming off the foot: milk chocolate, coffee, and some earthiness.

The ash, which is light grey and peppery, holds for a little over an inch before it falls off. As I progress into the second-third and then the final third I notice the coffee flavors are starting to mellow out a bit, and I’m also noticing a bit of cinnamon and wood flavors.

The burn is slightly wavy throughout, but I only had to correct it once. The final third features even more spice and less sweet chocolate, but the coffee aroma is maintained,  though it takes more of a backseat than in the beginning. 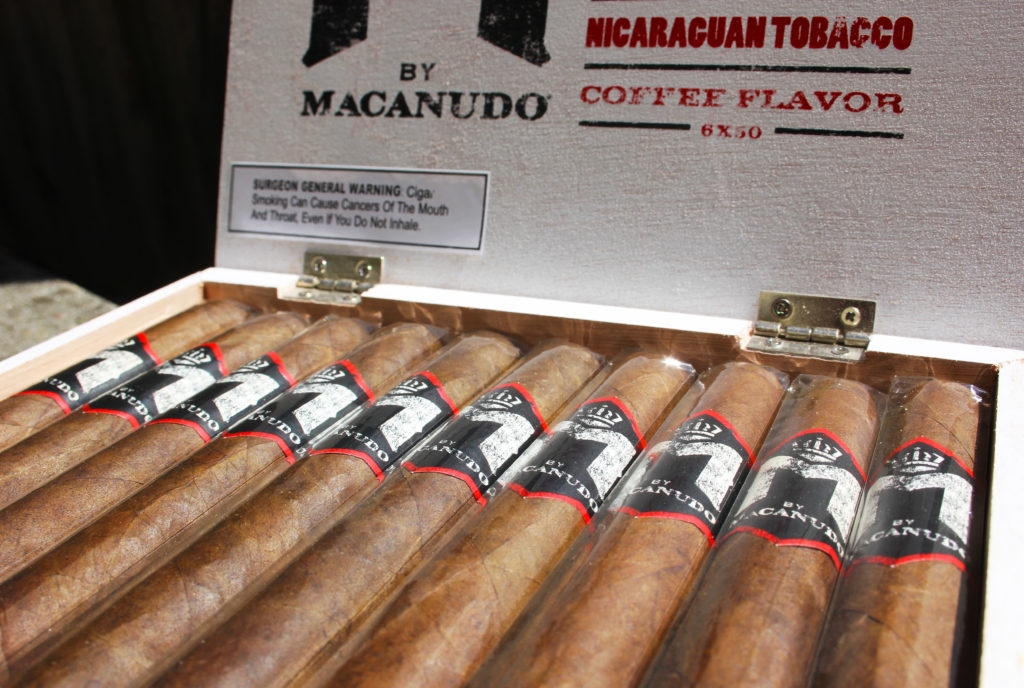 The M is an excellent morning cigar to enjoy with your coffee. It’s mild, aromatic, pleasant, and very well-constructed. I enjoyed the entirety of this cigar, but I enjoyed it most during the second and third parts of the cigar, when the spice and wood started coming out more and the coffee and chocolate mellowed.

Overall, it’s a flavor bomb, treat of a smoke. Coffee lovers are sure to fall in love with it, as will those new to cigars or who need something a little more flavorful.

For more info, and where you can buy the cigar, visit macanudo.com.

Check out our full list of cigar reviews here.