I recently tried beer from Boulevard Brewing Company for the first time—their Space Camper Cosmic IPA. I was an immediate fan of the Kansas City, Missouri-based brewery, the largest craft brewer in the Midwest. So, when they announced that Boulevard Beverage Co., a new subsidiary of Boulevard Brewing Co., was going on their first foray outside of craft beer with Fling Craft Cocktails, I was intrigued.

“Our little side hustle started as an interesting diversion, but it’s taken on a life of its own,” said Boulevard president Jeff Krum. “While we’ll always remain first and foremost a craft brewer, sometimes you just want something different. We have the facilities and the equipment and the talent to make all kinds of interesting and delicious beverages, and we’re excited by the opportunity to give consumers more choices, to go where they go. Plus, we’re having more fun than is probably legal.”

We tried all four, put them in no particular order, and also give you a new 2019 cigar to pair with each one. Enough talk. Let’s drink! 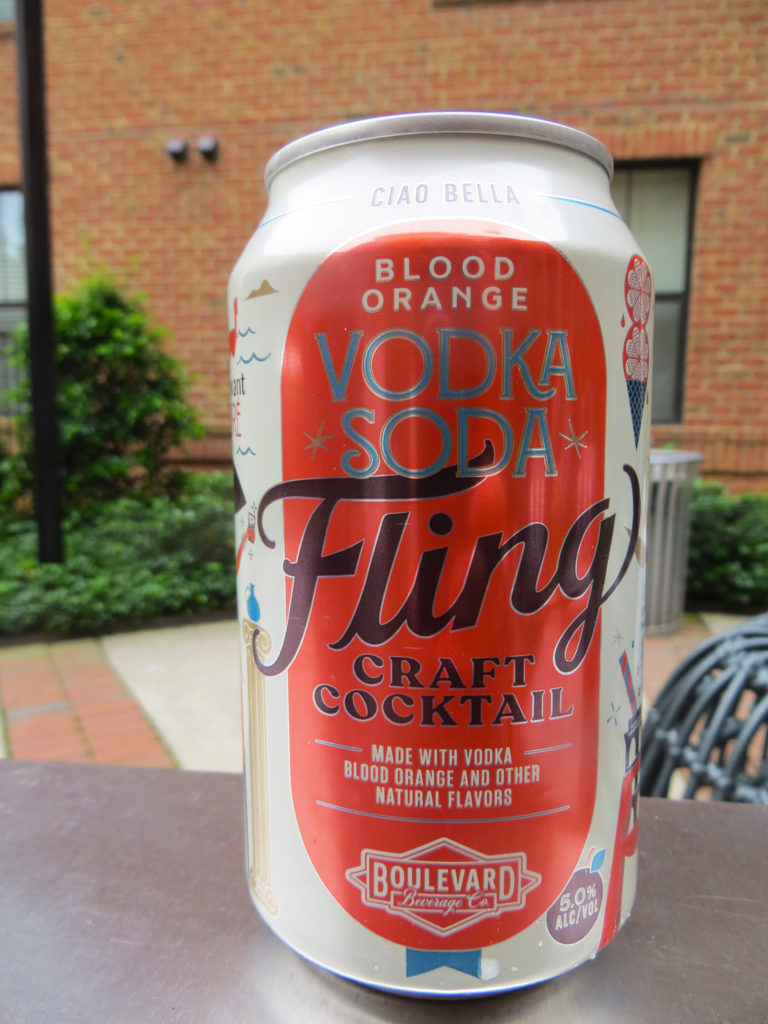 This vodka soda is so delightfully refreshing and tastes just like an orange-flavored soda water. The flavors are extremely subtle and not overpowering in the least. In fact, it’s all so subtle I could barely make out any vodka (which, of course, could prove dangerous if you started chugging these citrusy, bubbly beverages).

With all the Fling cocktails, I was expecting a little more of a malty taste, much like a Four Loko (remember those?). But I’m very happy to report that they taste nothing like those beasts and instead taste natural and fresh.

Cigar pairing suggestion: Mild- to medium-bodied is your best bet here. I went with the brand new Villiger La Meridiana, mostly because I can’t get enough of it. This cigar features flavors of orange and cinnamon, which I found paired perfectly with the citrusy blood orange flavors of this vodka soda. 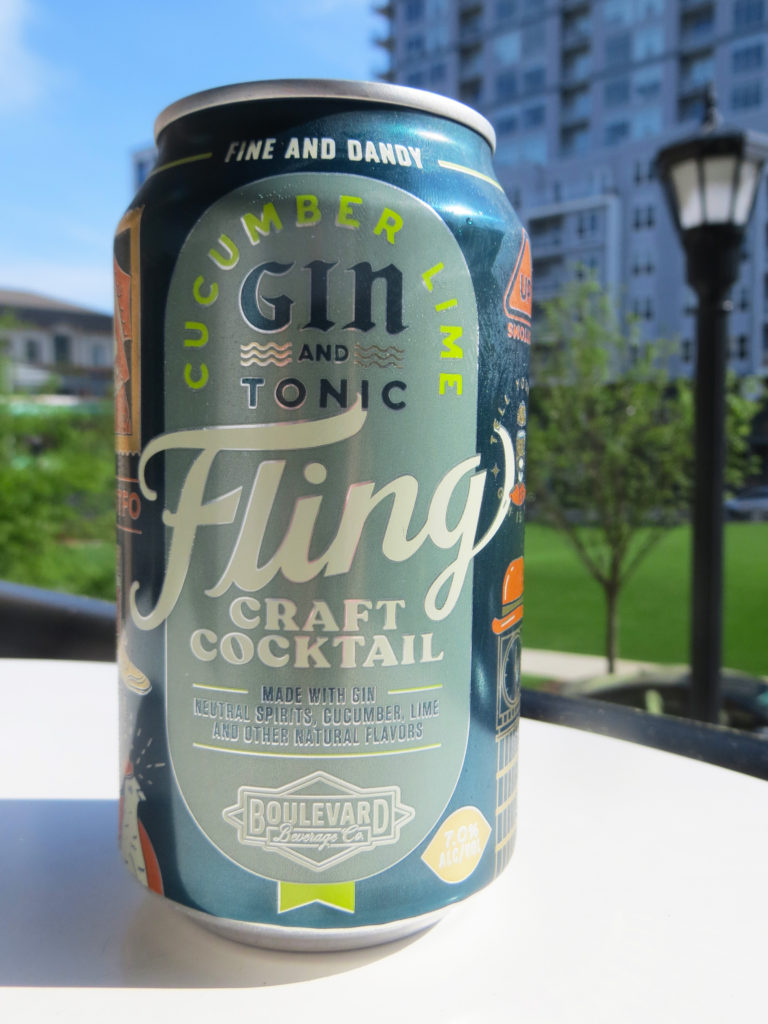 It’s crazy to me how much this tastes like an actual gin and tonic. It smells like a gin and tonic and even looks like one too. Place this side by side with one and I might not be able to tell the difference. I’m a huge fan of gin so of all the Fling cocktails, this was the one I thought would impress me the least, but instead it was my favorite. Excellent job on this one, Boulevard!

Cigar pairing suggestion: You’ll want a light-bodied cigar to pair with this light, crisp drink. I recommend the absolutely delicious and light-bodied Grupo de Maestros by H. Upmann. I also recommend this one just so you can spend time staring at that gorgeous Connecticut wrapper. 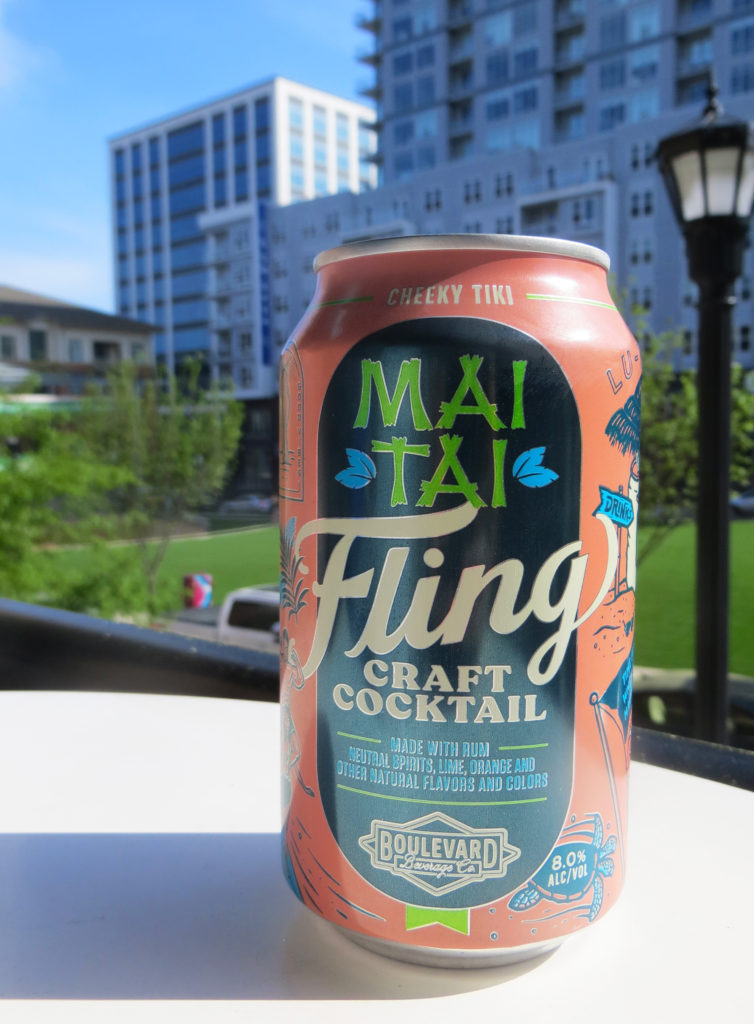 Clocking in at 8 percent ABV, this cocktail will hit you hard if you’re not careful. It tastes like a virgin Mai Tai with only the slightest hint of rum, but it’s delicious and fruity so that’s why you need to be extra careful. You could down this four-pack on the beach without a second thought, and before you know it, you’ll try standing up but instead find yourself face down in the sand. But I digress; the Mai Tai has a nice balance of lime and orange complemented by the hint of spice in the rum.

Cigar pairing suggestion: You want a medium-bodied cigar to pair with this one so as not to overpower the rum flavors, so we suggest the Hair of the Dog from Diesel. This cigar features earthy flavors with notes of pepper. 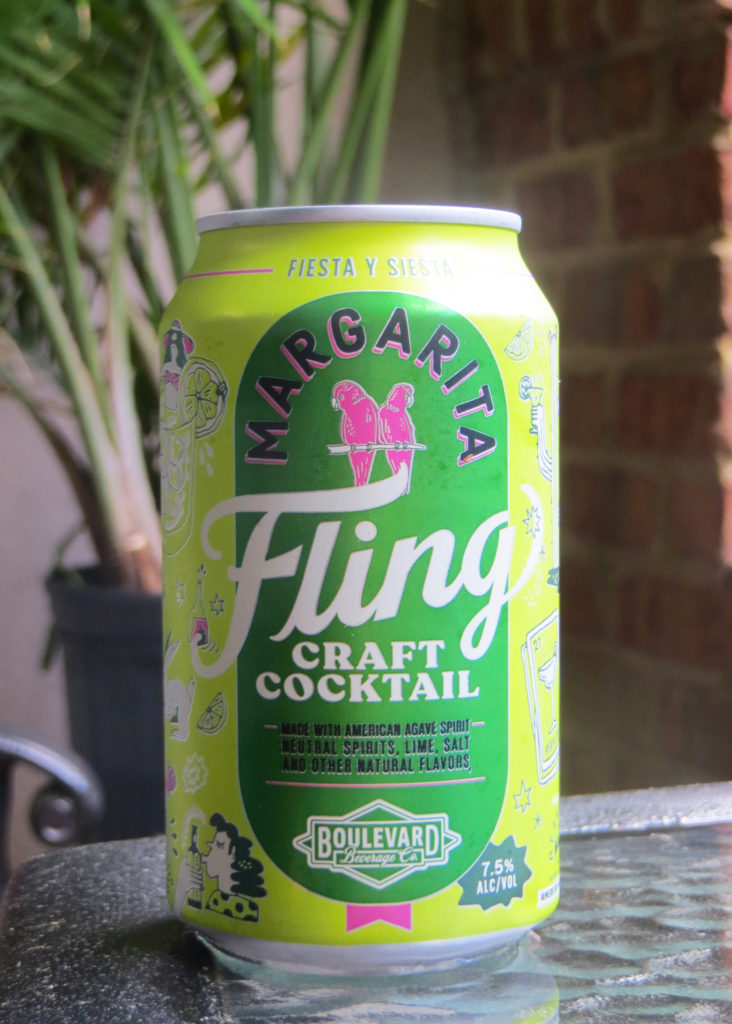 Of all the Fling cocktails, I would say this is the one that tastes most like its namesake. It is mouthwatering with a perfect balance of salty, sweet, and sour. If you could bottle what it feels like to sit on a beach, this would be it. I especially appreciate how it tastes like it has a salted rim because of the saltiness in the beverage. Really well done.

Cigar pairing suggestion: A mild- to medium-bodied smoke is recommended, and I would go with the Cohiba Connecticut. This cigar has a rich aroma and notes of sweetness and spice that perfectly pair with this Margarita.

For more info and where to find some of your own, visit boulevard.com.

What Happened at Epicenter Festival?