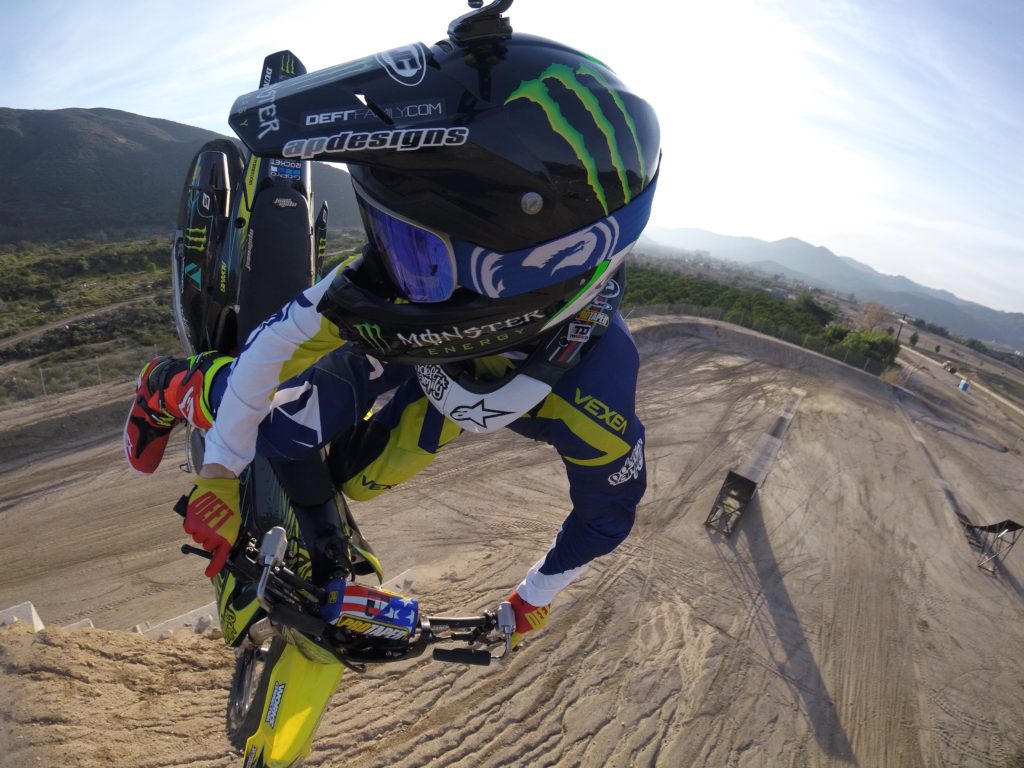 Ever since their origin in 1995, the X Games—or the Extreme Games as they were once called—have been captivating viewers and inspiring a generation of youngsters to try all sorts of insane tricks on their own bikes, snowboards, and skateboards. To say the X Games have caused many a broken bone or bloodied knee is an understatement. But that’s part of the lure of these games. They’re dangerous, edgy, and oh-so-fun.

This year, the summer games are held in our featured city of Minneapolis. In the following pages, we’ll take you on a journey into the minds of those who compete in the X Games, and then we’ll show you ways to feed your adrenaline, too, albeit a tiny bit safer—though not by much. If you’re ready, scroll down and let’s seek some adventure.

Ever wanted to pick an extreme sports star’s brain? Well, we did, and we asked the most important questions you can ask those who risk their lives to try new tricks and look damn cool doing it.

Extreme sport of choice: Skateboarding
Claim to fame: Winner of five X Games medals and co-founder of The Alliance, Hoopla Skateboards, and the Women’s Skateboarding Alliance.

What gets you pumped up before competing?
Good music.

What is your favorite food or drink to reward yourself with after competing?
Depends if I skated how I ultimately wanted to, but usually I’ll have a nice cold beer after competing.

Beer, liquor, or wine?
I like them all; it just depends on the day. It’s usually between an IPA, Old-Fashioned, or a glass of pinot noir.

What, or who, inspires you?
Anyone who is breaking the mold and at the same time staying humble.

Little known fact about you?
My first job was cleaning up crap at the zoo.

Favorite place you’ve ever been?
It’s a toss-up between Switzerland, Iceland, and Yosemite.

Place you want to go to but haven’t been yet?
The Norwegian fjords in the summer!

What gets you pumped up before competing?
Honestly, I don’t like to get pumped up. I like to stay in a steady frame of mind: cool and calm. I used to listen to music when I was younger but not so much as I’ve gotten older. It sounds boring, I know! I’d love to tell you I blast Metallica before I ride, but I like to stay mellow, focused, and in the moment.

What is your favorite food or drink to reward yourself with after competing?
Monster Energy, of course! Maybe a beer, too.

Favorite show on Netflix?
MeatEater! I love to archery hunt. Steven Rinella is the man. I blew through all the seasons in about a week. He is so dang good at everything. If you try to talk to me while I’m watching, I probably won’t answer—not because I don’t want to talk; I just don’t hear you. Don’t believe me? Ask my wife.

Beer, liquor, or wine?
Beer. Preferably an IPA. If no IPAs, gimme a Bud.

What, or who, inspires you?
A lot, really. I have personal goals set for myself that if I don’t meet I tend to get very frustrated. Anyone who is all in for something, no matter what that goal in their life is (as long as it’s positive), focused, and pushing the limits is someone who inspires me.

Little known fact about you?
Hmm, that might be a tough one. I let it all out on social media (@NateAdams741).

Favorite place you’ve ever been?
No place like home: Arizona. But, of all the places I’ve traveled, I’d have to say that Australia is my favorite place to visit. Awesome place and awesome people. Australia is cool with me!

Place you want to go to but haven’t been yet?
Well, I’ve been to New Zealand to ride and compete, but I want to go for a red stag hunt. That would be epic! New Zealand is without a doubt, 100 percent for certain, the most beautiful place I have ever been. No question.

Extreme sport of choice: Motocross
Claim to fame: Winner of six X Games medals and inventor of the Cordova flip, corpse flip, and others. Toured with Nitro Circus, an action sports entertainment company.

What is your favorite food or drink to reward yourself with after competing?
Burritos. But I wouldn’t really say I reward myself with them after a contest. I eat them all the time!

Favorite show on Netflix?
I just finished the first two seasons of Narcos and thought it was pretty awesome. I was so hooked I didn’t leave my hotel room for two days.

Beer, liquor, or wine?
Well, that really depends on the night. If I’m out with the boys there’s gonna be some beer and liquor involved, but if I’m having a nice dinner at home with my lady, then it’s all about the red wine.

What, or who, inspires you?
That’s a tough question. I’ve been doing this for so long that sometimes you lose the inspiration and just get into a routine, which is not a good thing for personal progression. But I’d have to say my most constant inspiration is being able to provide for myself and my son. When I was younger I wanted to win at all costs, but now the progression of tricks has gotten so intense that I don’t know if I can keep up with what a lot of guys are willing to do. So maintaining and staying healthy and riding everything I can is where my main focus is set.

Little known fact about you?
I like burritos … aw crap, I already mentioned that. I’m not sure really. The way social media is these days, everyone already knows everything about everybody.

Favorite place you’ve ever been?
It’s tough to pick one place out of everywhere I’ve been, but I love traveling to Australia. It’s just so beautiful, and the people are so great there.

Place you want to go to but haven’t been yet?
I think I’ve been almost everywhere, but the place I want to be most is home with my little guy, and, unfortunately, I don’t seem to get enough time there.

Extreme sport of choice: Motocross
Claim to fame: First to ever land a triple backflip on a motorcycle. Gold medalist at the 2016 FMX X Games.

What pumps you up before competing?
Knowing that I have to smash out all of my best tricks within a few minutes. Some music helps me if I’m not already pumped.

What is your favorite food or drink to reward yourself with after competing?
Probably a nice steak; food in general is pretty good.

Favorite show on Netflix?
I have way better things to do.

Beer, liquor, or wine?
Beer—I don’t drink it so fast then!

What, or who, inspires you?
My brother—and the thought of that winning feeling.

Favorite place you’ve ever been?
Maybe New Zealand, so many cool things to do.

Place you want to go to but haven’t been yet?
Alaska, Chile, Argentina, Iceland.…