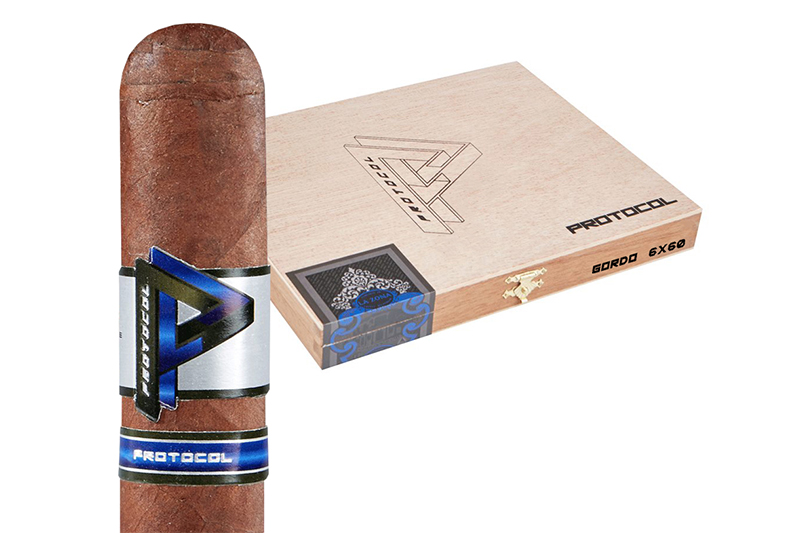 At the end of May 2021, Protocol Cigars unveiled The Law, an exclusive release the company did with Omertà Cigar Company. As with most of its shop exclusives, Protocol tried to capture the spirit of that shop while incorporating a law enforcement theme into the project. With Omertà Cigar Company being based in Oklahoma, City, Protocol wove cowboys and the Wild West into The Law, which was a term used in old spaghetti western movies to describe law enforcement officials such as sheriffs, marshals and other lawmen.

The Law is being billed as an annual limited edition, with 400 bundles of 10 Robustos measuring 5 x 52 being released this year. The Law is covered in a dark, oily and toothy Mexican San Andres Maduro wrapper that covers a condega binder and filler tobaccos from Esteli and Jalapa. The Law is another cigar coming out of La Zona Factory, located in Esteli, Nicaragua. The Law comes packaged in a brown paper bundle of 10 with a suggested retail price of $95 per pack and singles going for $9.50.

Keithan added, “We worked tirelessly to give this project a rustic Wild West feel! The end result truly delivers. The cigar is rugged and bold, beefy, full bodied, full flavored and has full aroma with a long finish.”

Protocol Cigars has released details on the third installment of its Lawmen series, the Protocol Bass Reeves. Like the other releases within the Lawmen series, Protocol Bass Reeves will be offered in both a natural and maduro format. The Lawmen Series pays homage to the men and women of law enforcement and is designed and blended to be a more classic, traditional, refined and regal cigar.

Bass Reeves was one of the first Black Deputy U.S. Marshalls in U.S. history. During his long career spent in the Arkansas and Oklahoma territory, Reeves arrested more than 3,000 dangerous criminals. In 1875 he was sworn in as a U.S. Deputy Marshal.

“Bass Reeves was the inspiration for The Lone Ranger and we tried to incorporate that into the design of the packaging. We added a white horse and incorporated silver into the design on the vista and band because The Lone Ranger’s horse was named silver. We can not think of a more deserving historical law enforcement figure to get a cigar in their honor,” Said Kevin Keithan, co-owner of Protocol Cigars.

“Bass Reeves was blended with tobacco leaves from the different growing regions of Nicaragua. Both were blended to have incredible taste and balance. The maduro is a dark habano with sweet subtleness. The natural is a nutty sumatra with a delicious underlying spice note,” says Hector Alfonso Sr., Espinosa’s master blender.

Juan Cancel, founder and co-owner of Protocol Cigars, added: “We are proud to feature Bass Reeves as the newest addition to the Lawmen Series. I feel it truly shows the diversity of the law enforcement community as a whole, that men and women from all races and ethnicities come together to serve the public at large.”

Protocol Cigars has also announced a line extension for the Protocol Blue line, which will debut this summer. The Protocol Gordo, measuring 6 x 60, came after the company noticed it was receiving a steady demand for this vitola size, according to Keithan.

The Protocol Gordo will feature the same blend as the original line has had: an Ecuadorian Habano Oscuro wrapper, Nicaraguan Habano binder, and quadruple ligero Nicaraguan filler tobaccos that will come together to make this a full-bodied and bold smoke.

“We had to listen to the demands for a 6 x 60 vitola, so we couldn’t think of a more appropriate blend to launch a Gordo than the original ‘Blue’ Protocol. We feel this blend will hold up great in a 6 x 60 format,” commented Cancel.

For all the latest news from Protocol Cigars, visit cubariqueno.com. 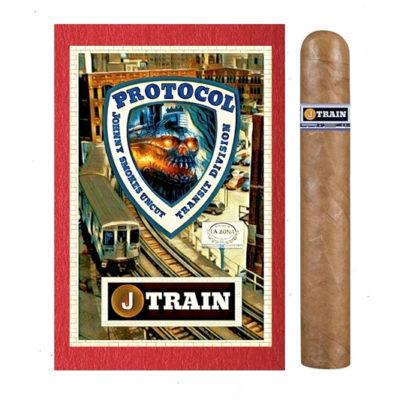 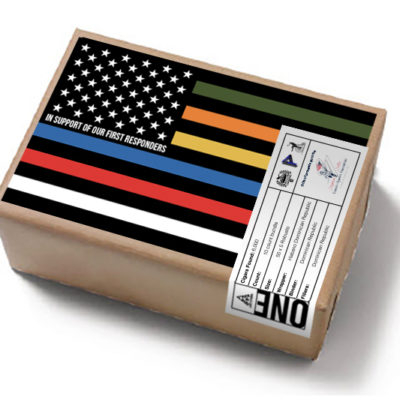 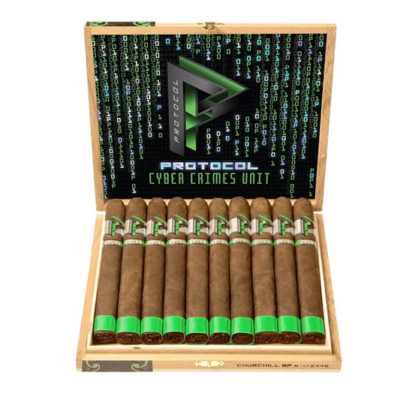 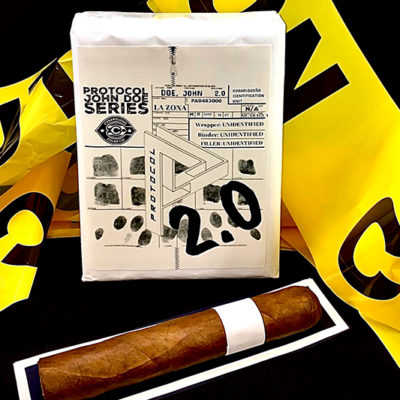