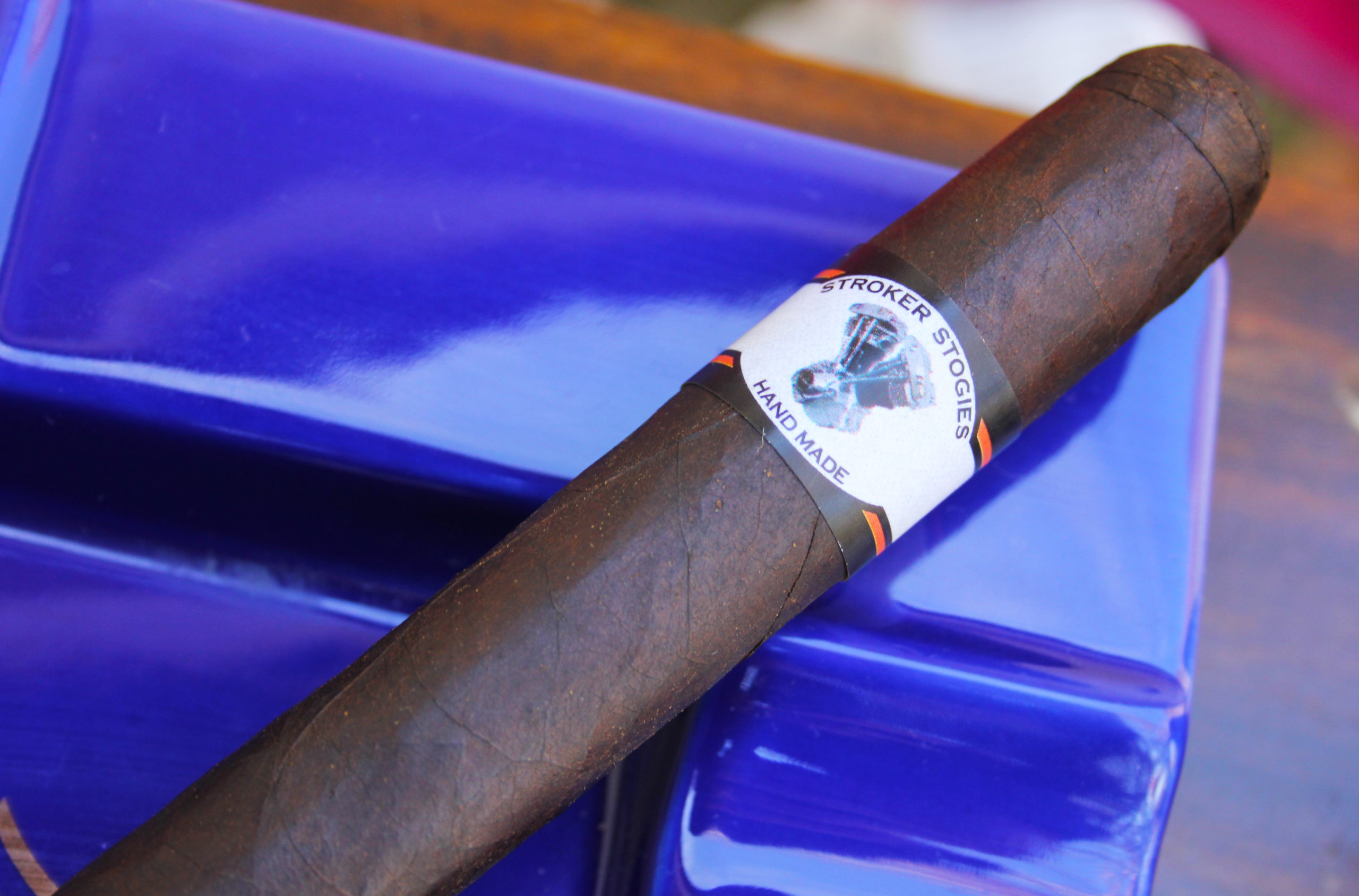 We love featuring small cigar brands here just as much as we love smoking our old favorites from Drew Estate, Villiger, Cohiba, etc. Recently, Al VanPliet, owner of Stroker Stogies, reached out and asked me to sample a few of his cigars. I would never turn down a chance to sample some cigars, so naturally I said yes.

Al, who also moonlights as a DJ and MC and even owns a snow cone/lemonade truck, has always loved cigars and would frequent motorcycle rallies. A few years ago, he was attending the Thunder in the Smokies Rally in Maggie Valley, North Carolina, and became friends with a guy who suggested he start selling cigars. Al took that to heart and started selling a few brands, which transitioned only three months later into him starting his own label. Pairing his love of motorcycles with cigars, he put a Harley Davidson shovel head motor on his cigar band. His cigars are rolled in Texas with tobacco mainly from Nicaragua and the U.S.

Intrigued, I poked around his website a bit, Googled the company, and looked for posts about his cigars on Reddit, but there just wasn’t much to be found. I began to feel skeptical that these cigars would be good. After all, if they’re good, why aren’t more people talking about them? Al told me it’s hard to break a small label into the market. After all, many cigar smokers find what they love and stick with the tried and true. Thankfully, it’s my job to try all sorts and sizes of cigars, so I sampled two different Stroker Stogies, and yes, I was very surprised at the quality and exceptional tastes. 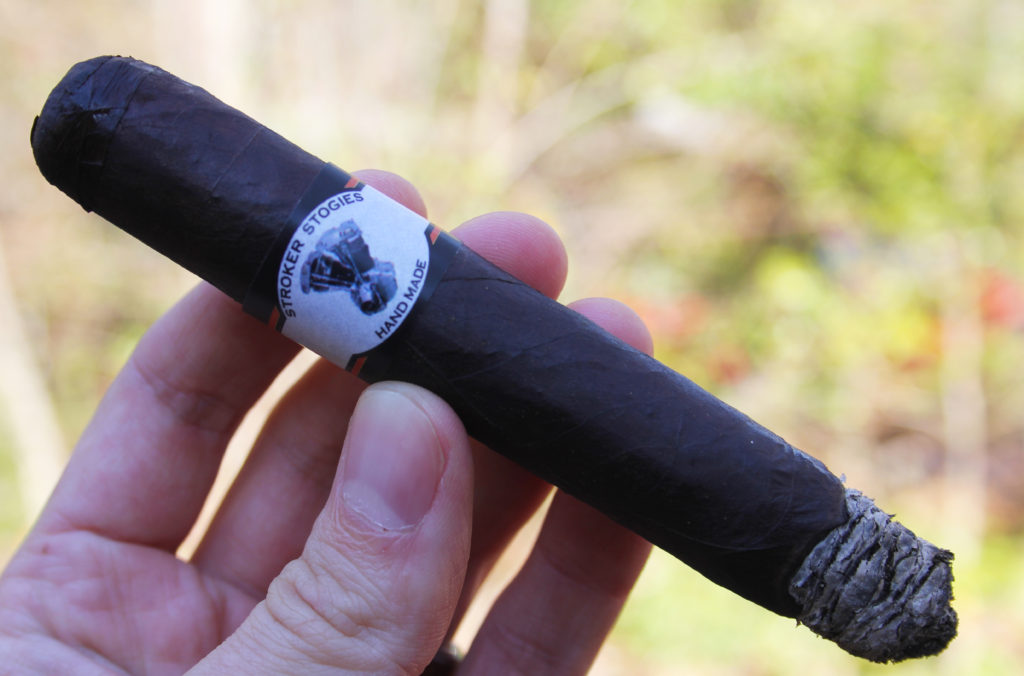 The cigar is veiny, firm, with a rough feel, and has a good, cold draw with pepper notes already apparent. Upon light-up, I’m already getting a great first impression with the easy draw; thick, velvety, dark chocolate flavors; and voluminous smoke. I admit, for a one-man show, I am very impressed with the quality and exceptional flavors of this cigar.

As I smoke on, the flavors are transitioning more to something akin to a spicy slice of French toast and maple syrup. I’m also picking up some flavors of cinnamon as well. The burn line is slightly wavy as I move into the second third and requires a few small touch-ups throughout the rest of the cigar. Even so, the ash stays until it reaches about an inch and a half before falling. The final third features even more cinnamon and pepper, with the dark chocolate, very evident in the beginning, taking a backseat. The retrohale is a bit on the sharp side in the final third.

I paired this cigar with coffee, and for a good portion of the cigar it tasted like I was enjoying a full French toast breakfast. This was a very enjoyable, full-bodied cigar that I would recommend to anyone looking for a boutique smoke. 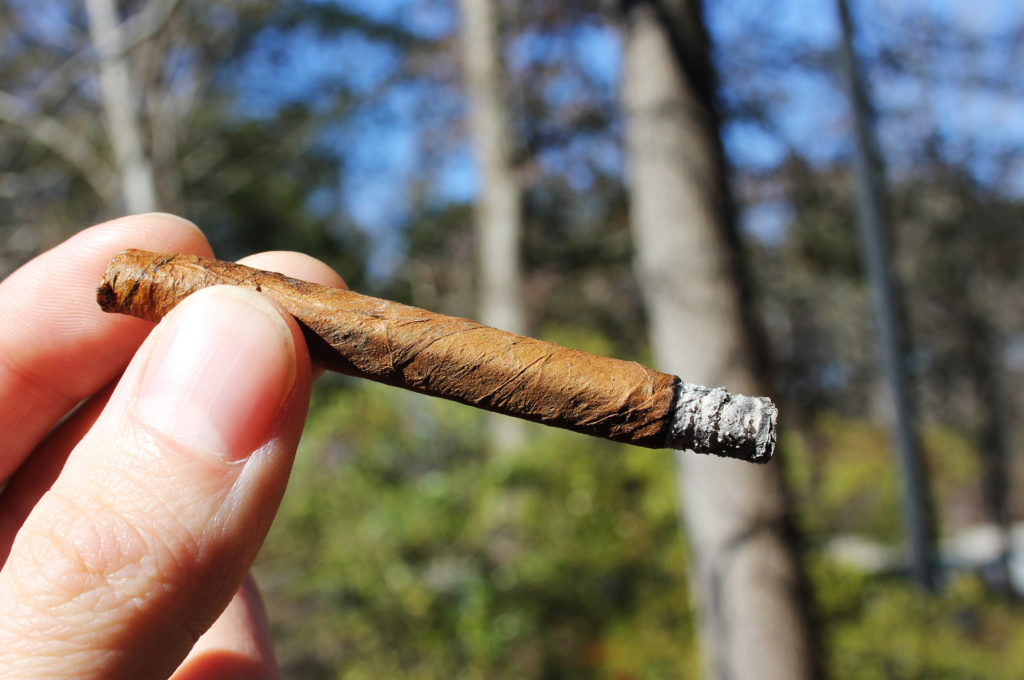 Imagine for a moment your coworkers are going outside for a smoke break and they invite you too. There’s no way you’re going to waste a regular-sized cigar on a 10-minute break, and there’s not a chance in hell you’d smoke a cigarette. Well, just pull out one of these cigarillos and you’re good to go. They’re smaller than most cigarillos—about the size of a cigarette—but they’re a quick smoke, and they taste good too.

The flavors are like spiced rum and caramel and are quite pleasant on the palate. The tip is sweetened, which takes me back to the days of smoking gas station cigarillos, but for those who like the sweet tips, this is perfect for you. Really short smokes don’t do much for me because if I’m going to smoke a cigar, I want to spend at least 30 minutes enjoying it, but for those needing a very short cigarillo, this rum flavor bomb is a good place to start. And the best part is that it is handrolled and not machine made like many cigarillos. The price for one, though, may be a bit higher than most may be willing to pay for a five- 10-minute smoke, but you’re definitely paying for the quality.

Head to Al’s website, strokerstogies.com, to learn more and order some cigars.