A Profile on Battleground Cigars 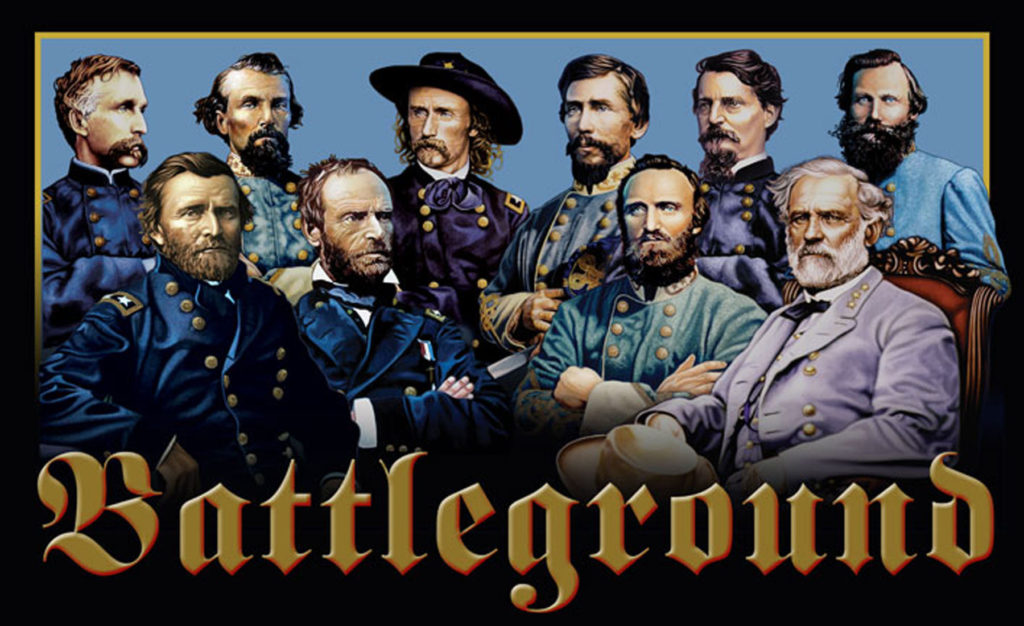 When we talk about cigar origins, places like Cuba, the Dominican Republic, Nicaragua, Honduras, and the like often come to mind first. Likewise, when we talk about tobacco in the United States, North Carolina, Kentucky, and Virginia generally lead the discussions. One of the most important—and most commonly forgotten—places in both of those conversations, however, is Connecticut. When settlers first arrived in the area in the 1600s, they found Native Americans already growing the crop. Within a few years, farmers started bringing seeds from the better-tasting Virginia tobacco to Connecticut, where it thrived under the local conditions. Eventually, Connecticut shade tobacco became the go-to leaf on the planet when it came to wrapping a premium cigar. 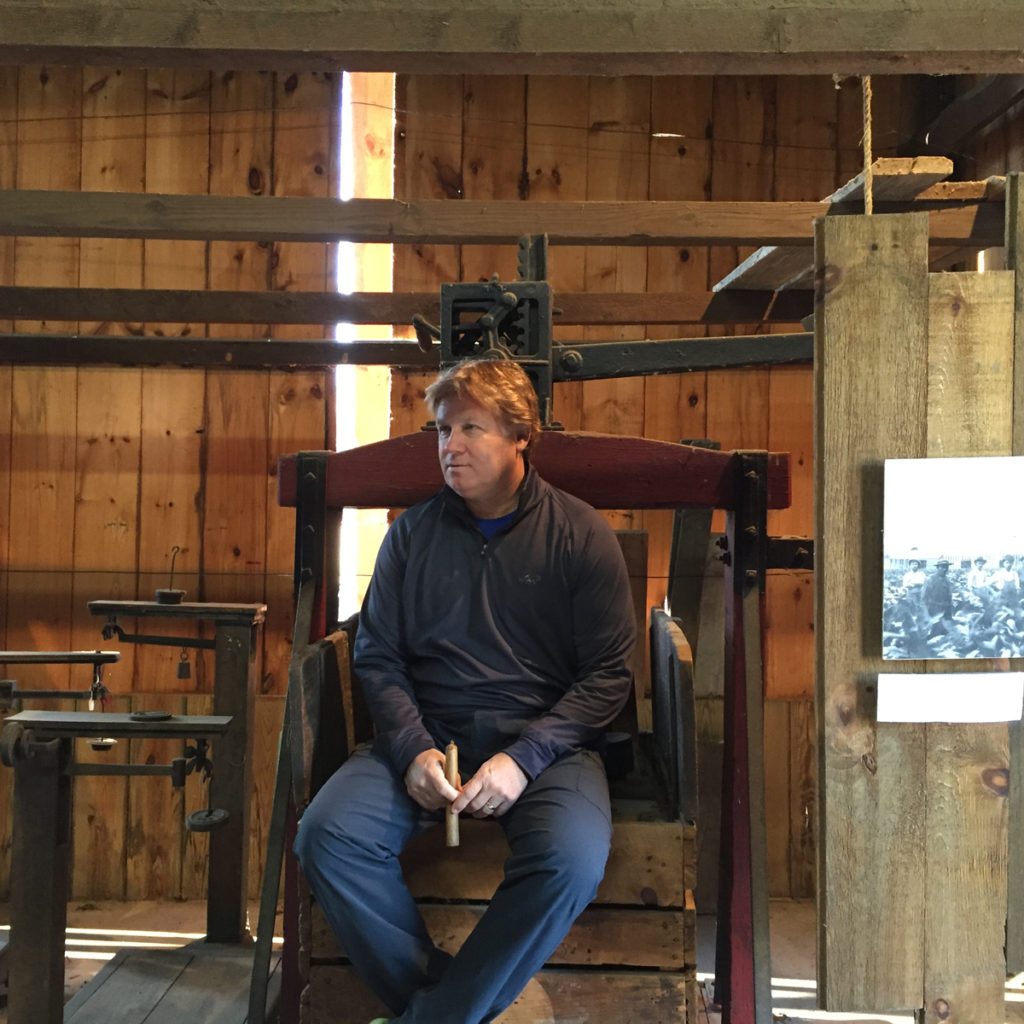 Today, it would be hard to argue that anyone appreciates Connecticut’s rich tobacco history more than Michael Tarnowicz, who founded Battleground Cigars in Hazardville, Connecticut, in 2000. Tarnowicz grew up in the Connecticut River Valley and got his first job in the fields picking tobacco leaves.

“It was backbreaking, but I fell in love with it almost from the very beginning. There’s nothing like a shed that has tobacco curing in at; the smell is heavenly,” Tarnowicz says. “It was piecework, so you could make as much money as you wanted depending on how hard and how fast you worked. Then they started having picking events, and my team became the fastest in the valley. Culbro sponsored some competitions where we went up against people from Pennsylvania and Jamaica. It was a lot of fun, and I learned about the importance of hard work. I’ve always loved tobacco, and I really began appreciating tobacco’s history and its importance to Connecticut.” 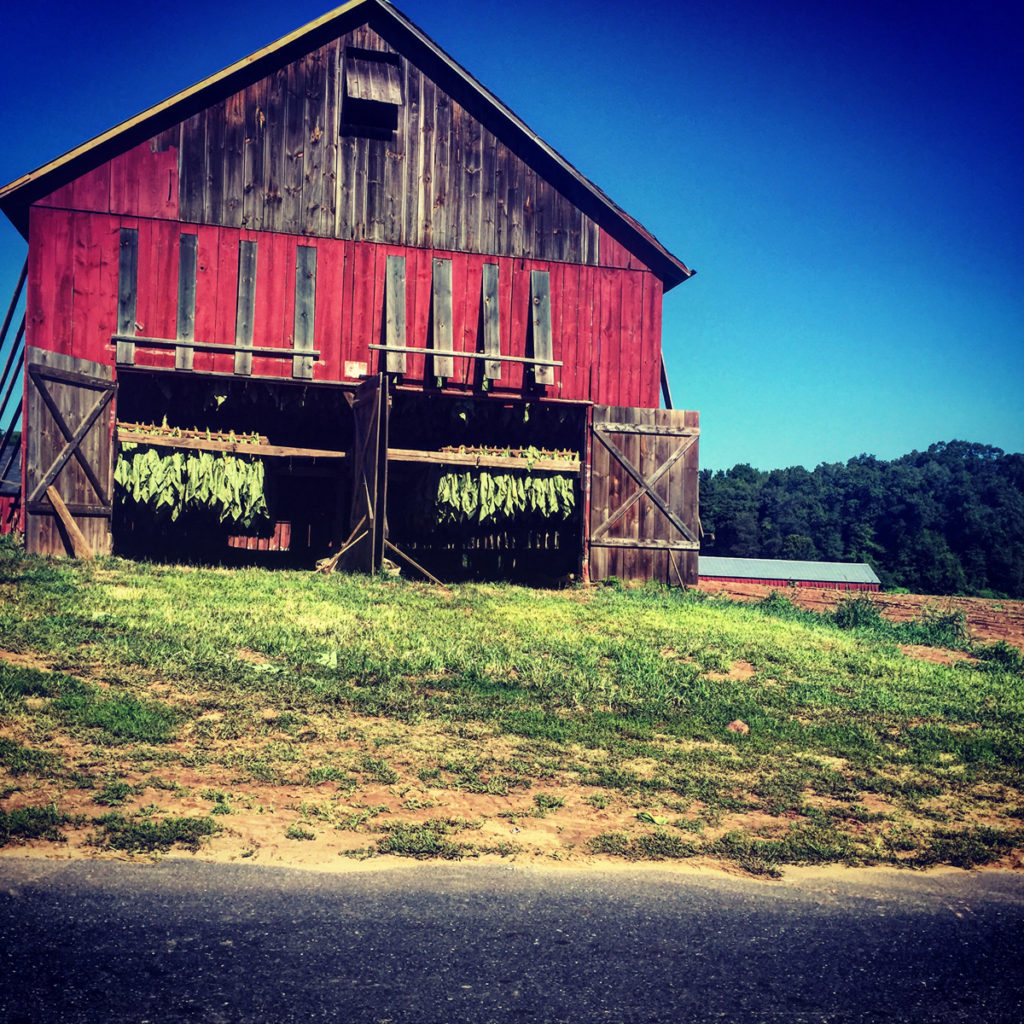 While other places in the world might be better at producing tobacco en masse, the valley—the area on the Connecticut River just north of Hartford—is home to all the elements that lead to the perfect wrapper leaf. The loam in the area offers just the right combination of sand, silt, and clay, providing natural drainage and good aeration. The area also has a microclimate, which gets plenty of rain but also warms up just at the right time until the sun has to be partially blocked by translucent nylon tents or cheesecloth hung from poles. The result is a mild-flavored, light-colored leaf that has a silky feel and a sweet aroma and that is thinner and more elastic than most, making it one of the most sought-after commodities in the industry.

“The first cigar factory in the United States opened in Suffield, Connecticut, in 1810,” Tarnowicz happily explains to anyone who will listen. “I was at a local fair back in September talking to people about cigars, and they couldn’t believe that there was tobacco grown in Connecticut. Tobacco’s history, and its importance here, is largely forgotten.” 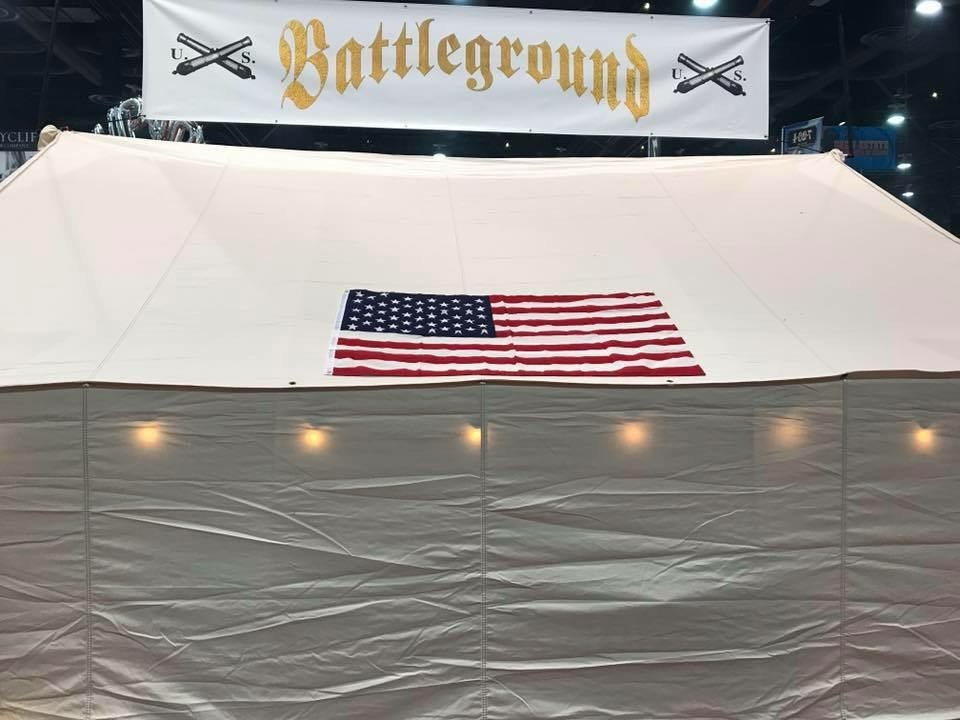 Tarnowicz briefly worked as a physical education teacher before moving into the corporate world, and by 1996 he was the purchasing manager for United Technologies. After a series of cutbacks, he was laid off and looking for his next step. Thinking back to his first job, with his entrepreneurial spirit and cigars booming, he and his wife, Karen, chose to look at the layoff as a blessing and opened a cigar shop, Connecticut Valley Tobacconist. They found a perfect, century-old building in Hazardville that had been a pharmacy, soda shop, and private club where local firefighters hung out and enjoyed cigars.

A Civil War buff, Tarnowicz hung up a 19th-century Springfield musket from his private collection to decorate his new store. Soon a patron donated a framed photograph of Gen. Robert E. Lee, and then another musket from Tarnowicz’s collection was hung after it had been restored by a retired gunsmith in exchange for cigars. Soon, the Civil War motif enveloped the store. Thus, when the Tarnowiczes decided to begin offering their own brand of cigars four years later, the shop décor combined with Michael’s fascination with the area’s rich history naturally led them to name it Battleground. 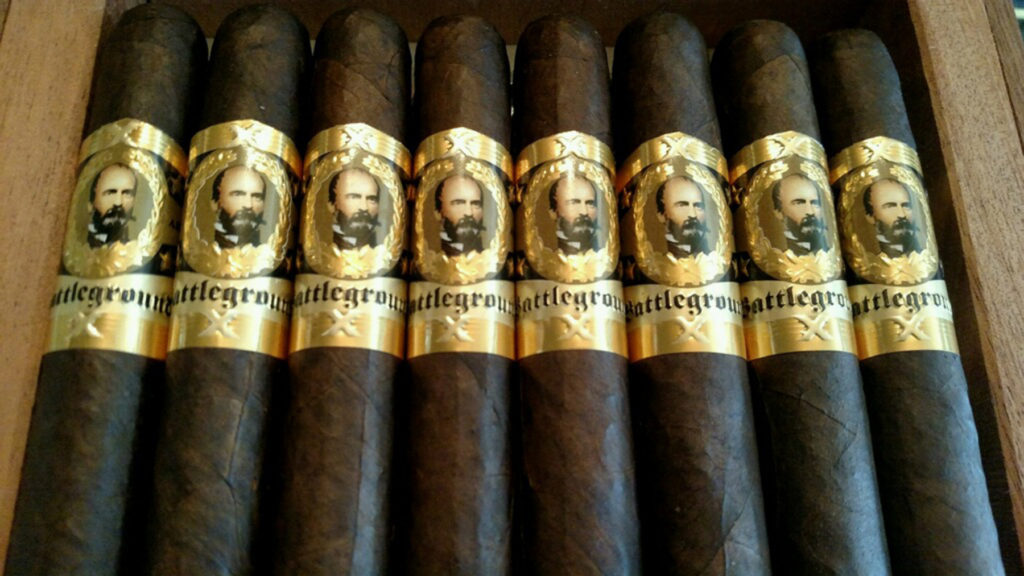 “Our town is named after Col. Augustus Hazard, who had one of his mills about a mile from where my store is today,” says Michael. “During the height of the Civil War, his gunpowder mills ran nonstop, and it’s estimated that the Hazard Powder Company supplied 40 percent of the Union’s gunpowder—as much as 12,500 pounds a day.”

Thus, in 2000, when it was time to start coming up with cigar brand names to market, they paid homage to the local history by calling their first cigar Old Powder Keg, which remains one of the company’s most powerful and popular offerings. Today the company offers nine lines, including OPK Colonel, OPK Maduro, OPK Fire, Battleground North, Battleground South, Lincoln, Lincoln Bourbon, Mysterioso, and The Widow’s Son. The company uses two factories in Honduras and one in the Dominican Republic to create the offerings, utilizing Connecticut Shade and Connecticut Broadleaf—both grown about a mile from the shop—as well as filler from the Dominican Republic, Nicaragua, Brazil, and Honduras with Louisiana Perique, all in different combinations to create the different brands. 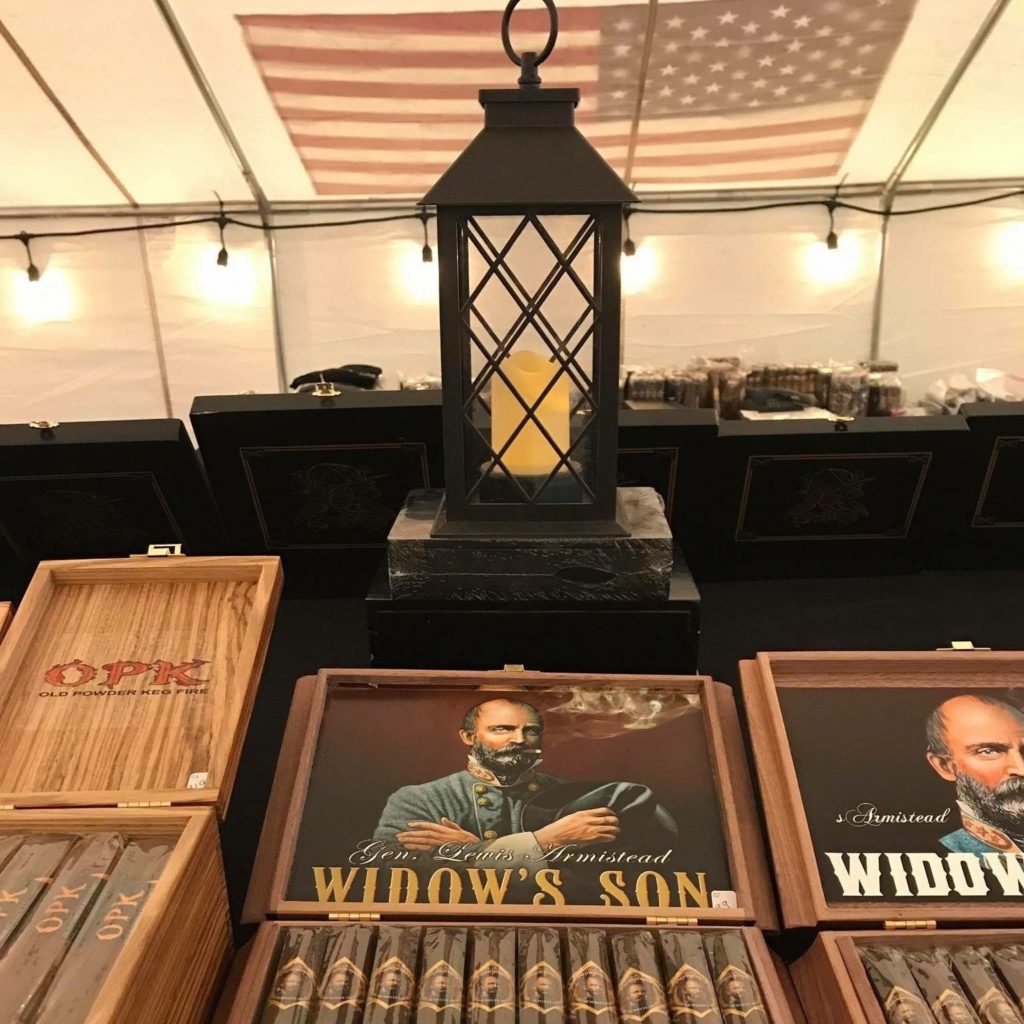 “I wanted to create a premium cigar using authentic Connecticut tobacco, and the company has evolved from there to bring different experiences to cigar smokers,” he says. “I wanted to create a company that honors the history of the United States and the beautiful history of Connecticut. Fusing historical interest with excellent tobacco to produce premium cigars is a formula that has worked well for us.” 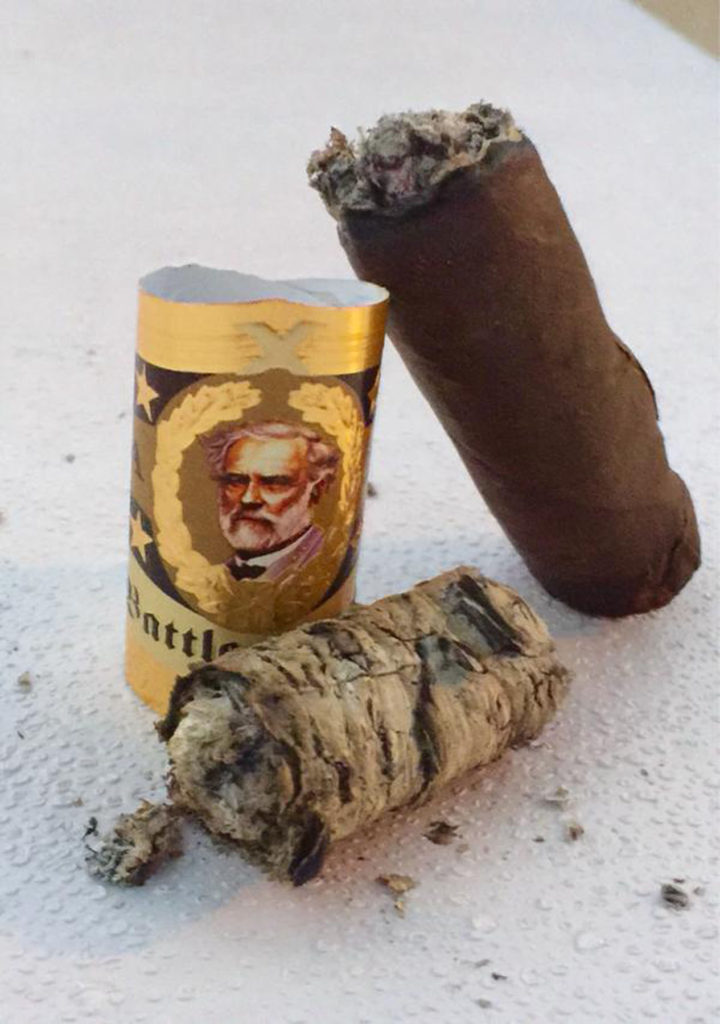 In addition to the wonderful smokes Battleground produces, the company is equally known for its packaging. Tarnowicz, who is also an accomplished woodworker, makes the cigar boxes by hand using either zebrawood or walnut and commissioned a local artist to design the artwork.

“Our packaging is very important to us,” says Karen. “There is a story behind every cigar, and there are details in the artwork of the boxes and bands that help tell that story. From the very beginning we’ve been known for our unique presentations.” 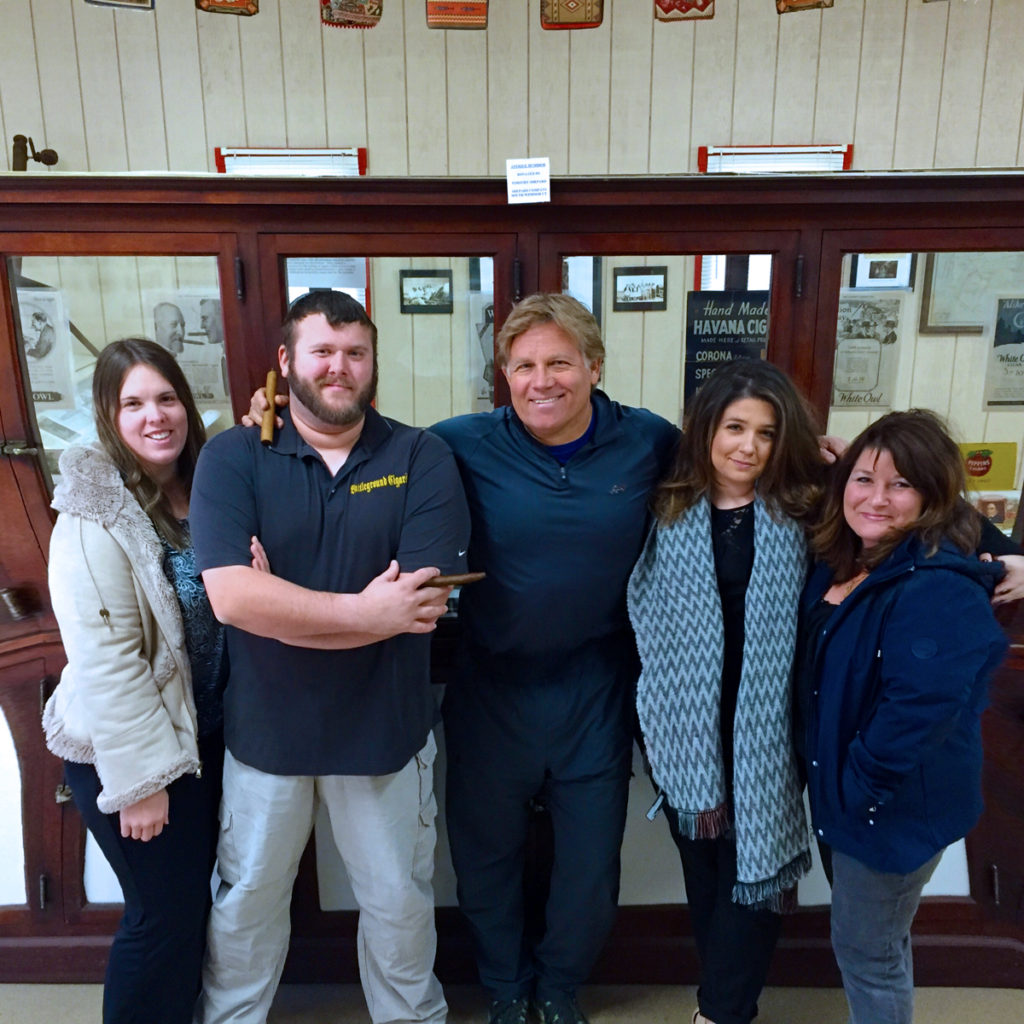 “We make damn good cigars, and we want them to be presented in a way that they deserve,” Michael adds. “When a consumer sees a box of Battleground cigars, we want them to recognize that we’ve got good-quality cigars at affordable prices and that we stand behind our products. The presentation is very important in that regard.”

While eye-catching packaging might cause someone to buy the first time, compelling that person to become a loyal customer requires a quality product. This is something the entire Tarnowicz family has learned over the years, attending trade shows and listening to consumer feedback. In addition to Michael and Karen, their children, Andrew and Victoria, both assist with the company, as does Andrew’s wife, Ashley; Victoria’s fiancé, Charles Michalek; and Karen’s parents, Francis and Lou D’Amato.

“We’ve evolved over the years,” says Michael. “We talk to customers and see what they want in a cigar. When we first started, we were recognized as being unique, and we were well-received. It was a big thrill to go out and see our cigars in other shops being enjoyed by their customers. And it’s still a thrill when we get a call from a retailer who wants to carry our line in their shops. As much as we respect the industry, it’s nice that the industry respects us as well.” 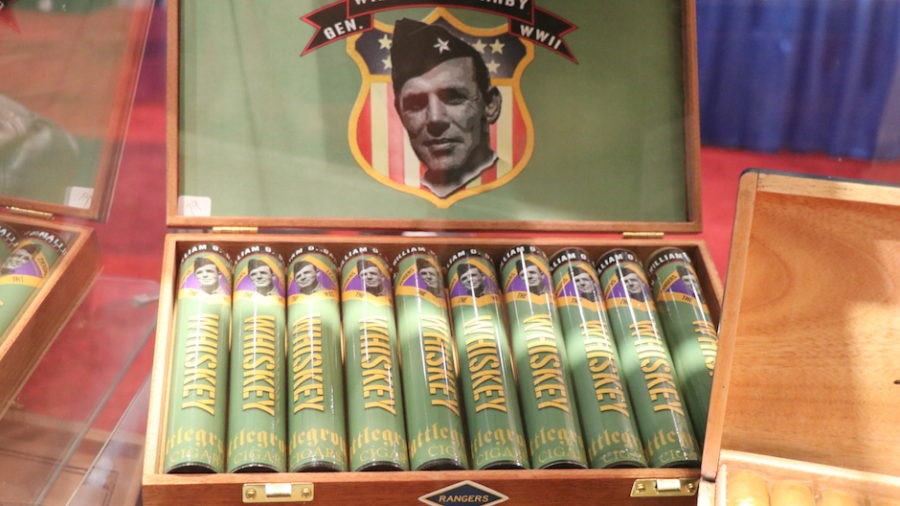 The World's Most Famous Extra