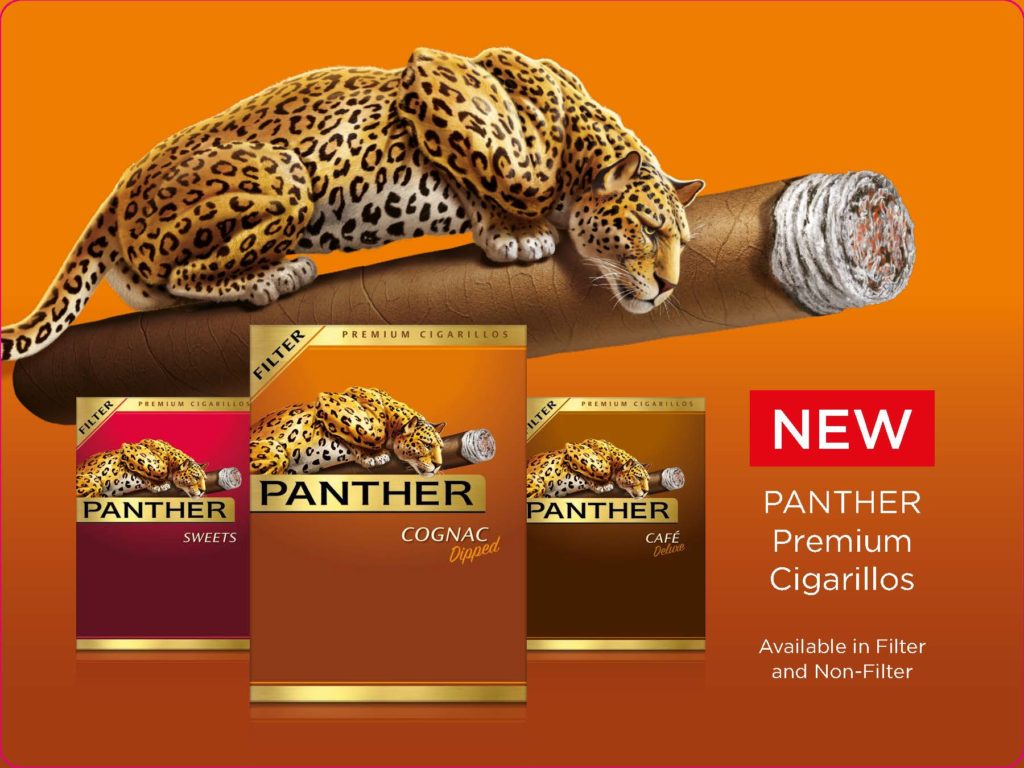 Royal Agio Cigars: At the Forefront of the Premium Cigarillo Market

Walk into any gas station and you’ll likely find low-quality cigarillos in the form of Black & Milds, Swisher Sweets, and many others. I admit I’ve bought a gas station cigarillo before when I needed a cigar for an event or party in a pinch, and then I was, of course, highly disappointed in myself for having smoked something that I can only describe as “rancid.” The cigarillo market in the United States is dominated by these cheaply made smokes, but thankfully that’s about to change with the introduction of the new Panther natural-leaf premium cigarillos from Royal Agio Cigars.

The Netherlands-based Royal Agio Cigars has had premium tobacco in their DNA since 1904, when they opened up shop and began producing handmade premium cigarillos. It wasn’t until the 1970s that they started using machines to improve the consistency of their cigars, but they always continued to maintain their focus on premium tobaccos.

Royal Agio has shifted from being a small entrepreneurial company to being the fourth-largest cigar manufacturer in the world, making about 800 million cigars a year and employing a staff of more than 2,500. Despite its size, Royal Agio continues to pride itself on being a family-owned business with Boris Wintermans, great-grandson of founder Jacques Wintermans and fourth-generation CEO, now running the company. 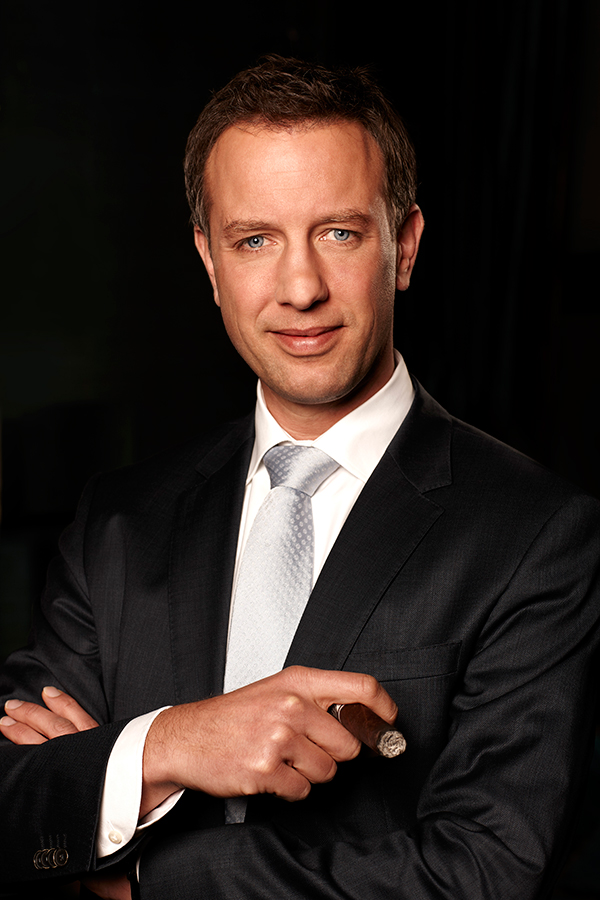 Currently, the company’s two leading premium cigarillo brands are Panter and Mehari’s, which both have a strong and loyal following across the 100 countries in which Royal Agio has a presence. Panter, produced since 1935, is consistently one of the best-selling and most popular cigars in the world. Mehari’s, introduced in 1976, is the third best-selling cigarillo. In fact, Royal Agio estimates that every second there are 11 Mehari’s being lit worldwide. The size of both these brands makes them convenient for the cigar enthusiast on the go; they’re excellent for a quick, yet rewarding, smoke.

As mentioned earlier, the U.S. market has been dominated by low-quality, value-positioned brands for quite some time, which is extremely unfortunate. When you think of a cigarillo, your first thought doesn’t go to the word “quality;” it likely goes to the word “crap” or “cheap.” But the good news is that Royal Agio, while relatively new to U.S. consumers, is buffing up their presence in the states with the opening of Royal Agio Cigars USA, and they’re ready to change your mind about cigarillos.

“It’s always been about premium tobacco,” Wintermans says. “The delicacies, the flavor of the wrapper, all that stuff. It’s not just about quantity and size. It’s about enjoying the moment. Whether it’s 10 or 60 minutes of cigar-smoking time is irrelevant. You don’t go to the movies and see that the movie is only 90 minutes and then say, ‘I’m not seeing this. I only see movies that are 100 minutes.’ It doesn’t work that way.”

Royal Agio is expanding their premium cigarillo line specifically for the U.S. market, this time with an entirely new Panther (or “Panter” in Dutch) lineup. Panther is the result of a passionate desire to boldly craft a premium cigar experience in a small cigar format. These cigarillos deliver a uniquely sophisticated, smooth and uncompromised cigar experience because each cigarillo blend is crafted from aged, premium cigar tobaccos inside a natural leaf wrapper.

This line will be offered in three convenient and innovative box-format blends: Cognac Dipped, Sweets, and Cafe Deluxe. You can choose between filtered or nonfiltered, and they are available for purchase in 14-count packs or a trial-based two-count pack. The price point on the Panther is ridiculously affordable even up against an everyday 10-count cigarillo pack. They will run around $6.99, and the two-pack at $1.49.

The launch of the Panther is the result of nine months of research, product development, and lots of hard work. Royal Agio hopes that with this release they will enhance the relevance and increase the appeal of premium cigarillos among U.S. cigar smokers.

“To inspire moments of optimism and happiness,” Wintermans says, quoting the Coca-Cola mission statement. “That should be the cigar industry’s slogan. Making something that brings enjoyment to other people is just awesome.”

And that’s exactly what Panter, Mehari’s, and the Panther are for: uncompromised premium cigar enjoyment in a small package. Trying is believing.

For more information, and to order their cigars, visit agiocigars.com. And follow Panther Cigars on Instagram @panthercigars. 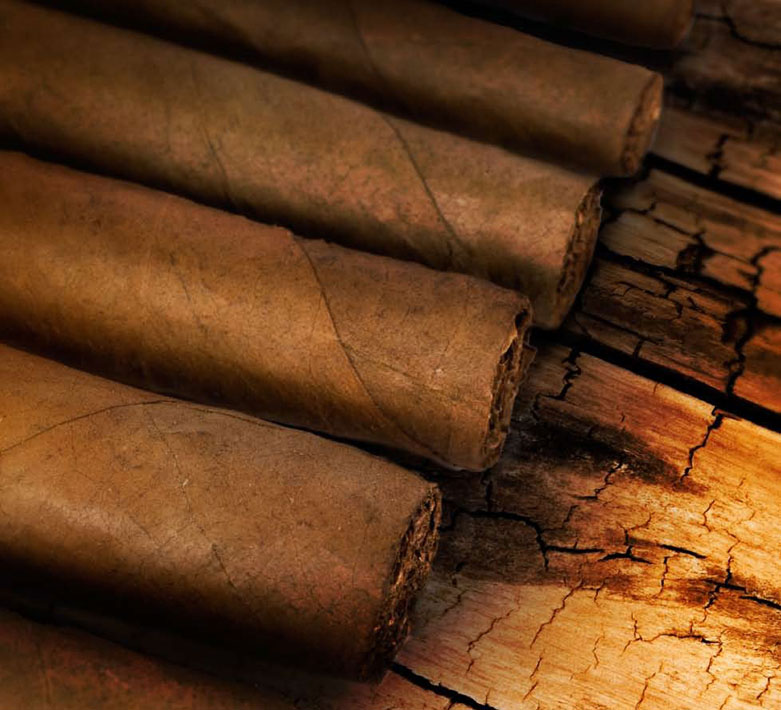 Best Extreme Thrills in the US