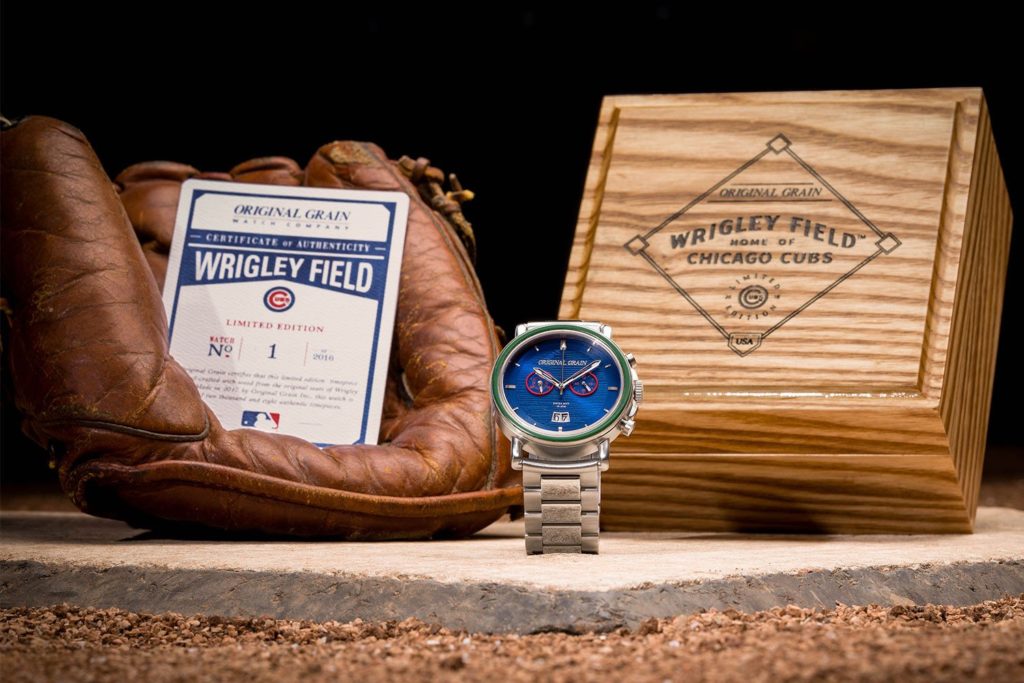 When brothers Andrew and Ryan Beltran were young, they always dreamed of being able to work together someday. That dream was put on hold briefly as they went separate ways: Ryan to the University of Oregon and Andrew to the United States Marine Corps as a field radio operator. Their paths later crossed in Hong Kong while Andrew was getting some R&R and Ryan was there working on product development and entrepreneurship. 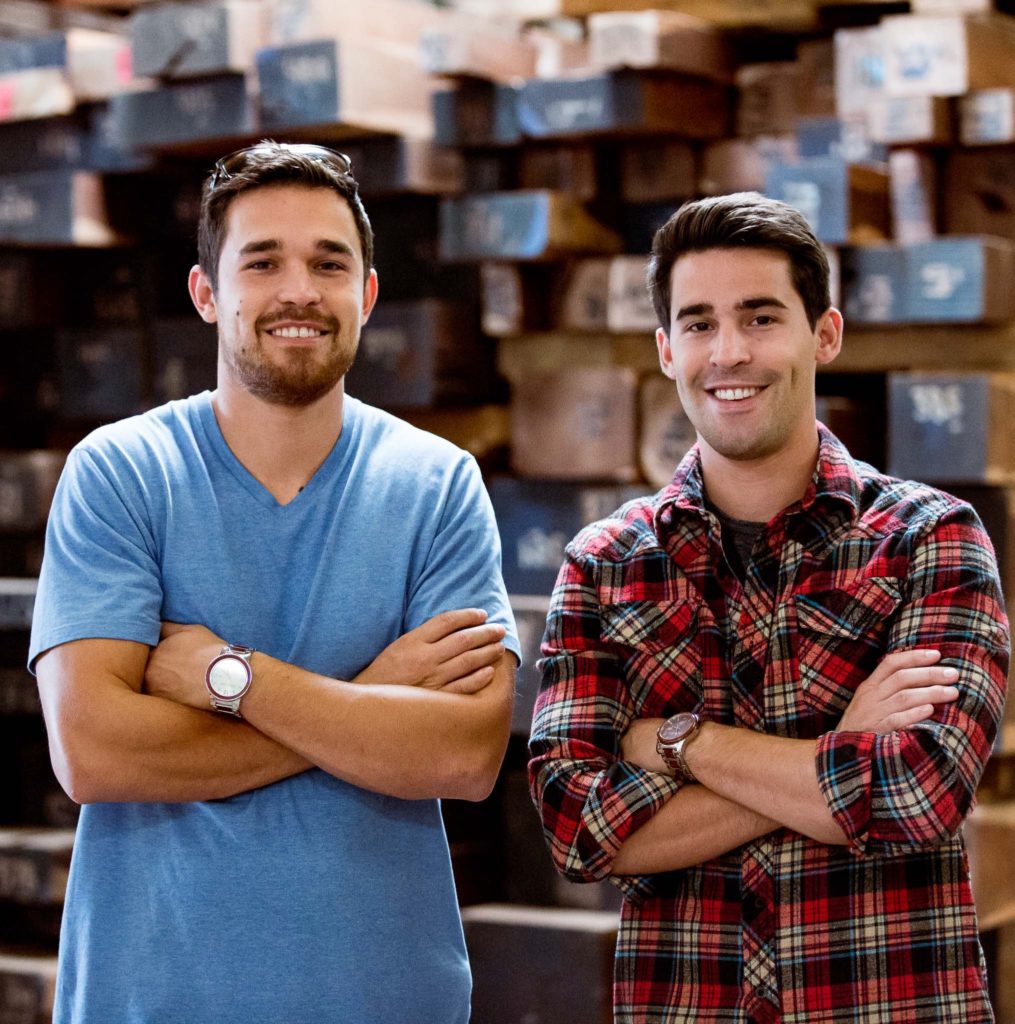 “Ryan had just received a few watch samples and wanted to show me,” Andrew says. “One of the watches reminded me of Oregon, where we grew up. The wood grain and the features of the watch took me back to days of spending countless hours in the forest near our home learning valuable life lessons of family, survival, and preserving the environment. These watches really impacted me.”

That was all that was needed for the brothers to decide to go into the watchmaking business by launching their company, Original Grain. After Andrew finished his deployment, the brothers launched a Kickstarter campaign and raised $390,000 in the first 30 days. Shortly after, they launched another campaign, this time raising $420,000.

“This was only the beginning of something very special,” Andrew says. 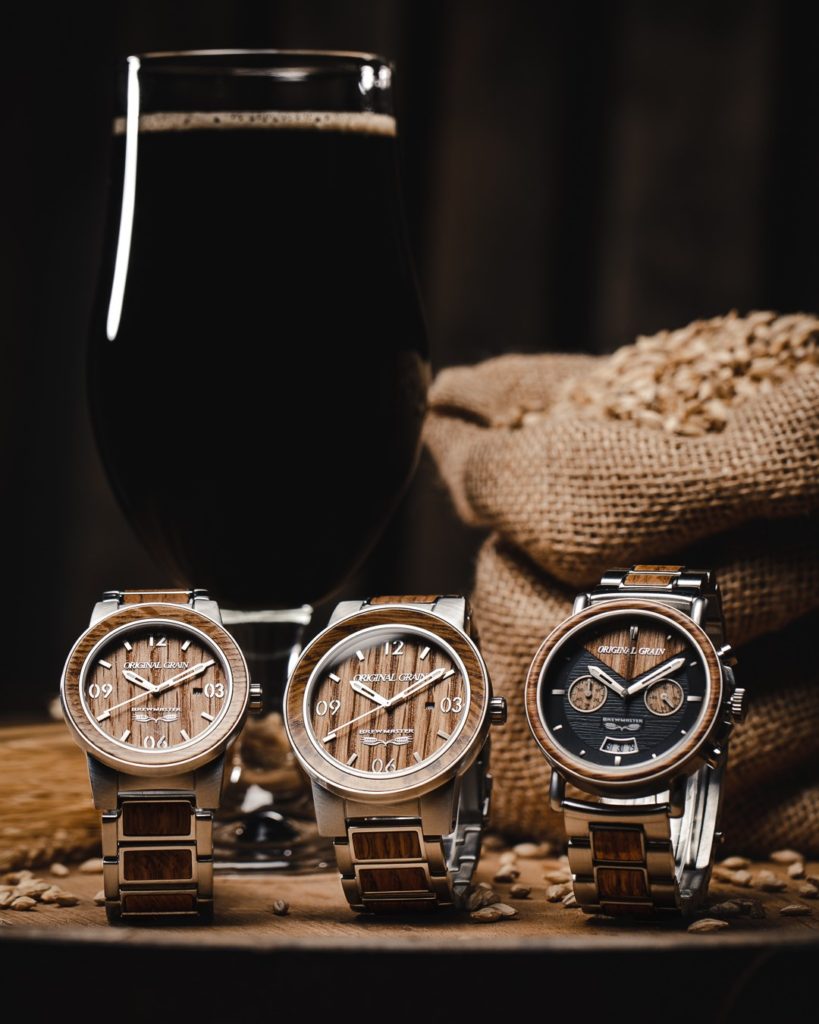 One such example is Original Grain’s reclaimed series. The brothers wanted their watches to tell a story, so their initial concept of reclaimed products involved integrating whiskey barrels from Jim Beam into their watches. These quickly became best-sellers.

The brothers then began an MLB series, partnering with the New York Yankees and incorporating century-old wood into their watches.

“Initially our MLB series started as a gift for our primary investor, James Brennan, co-founder of Suja,” Andrew says. “As soon as he got the gift, he was filled with emotion. He couldn’t stop telling us of all the memories he had in the original Yankee Stadium. For us to tap into this emotional side is exactly what we set out to do every day and what we want every one of our watches to do for our consumers.”

When Andrew and Ryan first started Original Grain, there was no one else making watches that combined both steel and wood. They wanted to develop a system to build and create watches that would last for a lifetime.

“We use traditional woodworking techniques to make our watches,” Andrew says. “There is a seven-part system that each piece of wood in our watches goes through. It’s not as simple as cut, glue, repeat. There are many rounds of lathing, sanding, polishing, hand-placing, and assembly that goes into each watch. This is a process we have learned to love. We go the extra mile that a traditional metal watch company wouldn’t go through just for the external look of the watches.” 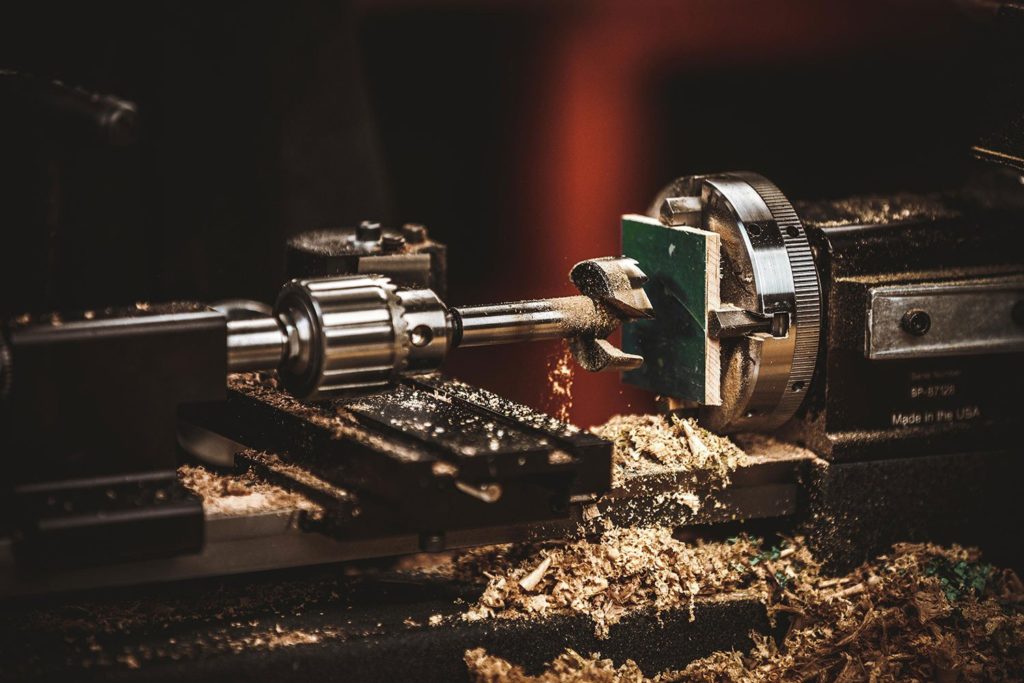 If the process of lathing sounds confusing to you, then you’re in luck! The Discovery Channel recently filmed an episode of How It’s Made showcasing Original Grain and the way its Yankee Stadium piece is constructed. You can find the episode on Discovery Channel’s website.

Even though Original Grain has exploded in popularity and size of operation, the brothers still stay very involved in the entire process of the design and development of the watches.

“At the end of the day, we are only as great as our product, and we don’t want that to get away from us,” Andrew says. 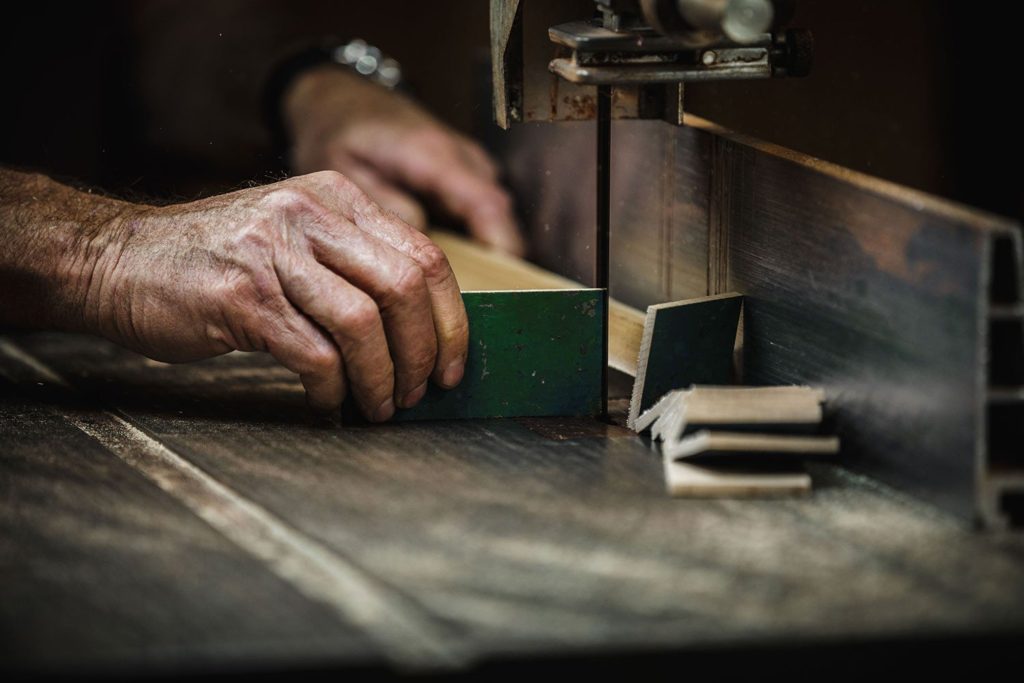 Along with creating a massively successful watch company, the brothers have also teamed up with a charity called Trees for the Future, a partnership that Andrew says has created some very special moments. The brothers recently launched a campaign in Senegal that teaches leaders from four villages how to build and grow ecosystems to provide food, vegetation, and protection for the next generations.

“Growing up in the Pacific Northwest, my brother and I were taught many life lessons in the woods from our dad,” Andrew says, “how to shoot, hunt, be silent, appreciate nature, and how to live off the land if needed. We grew into men of the wilderness. Our appreciation for the forest was something we wanted to showcase in our business from the very beginning.”

One would assume that owning a successful watchmaking business would have its hard moments, but Andrew says that isn’t so—challenging, maybe, but not hard.

“People have asked me this question before, and I don’t like to say, ‘It’s hard,’ because I love what I do. Yes, I’ve given up countless Friday nights, friends, and parties [Editor’s note: He’s only 26!], but the level of experience I have received in the past four years shakes out any regret.” 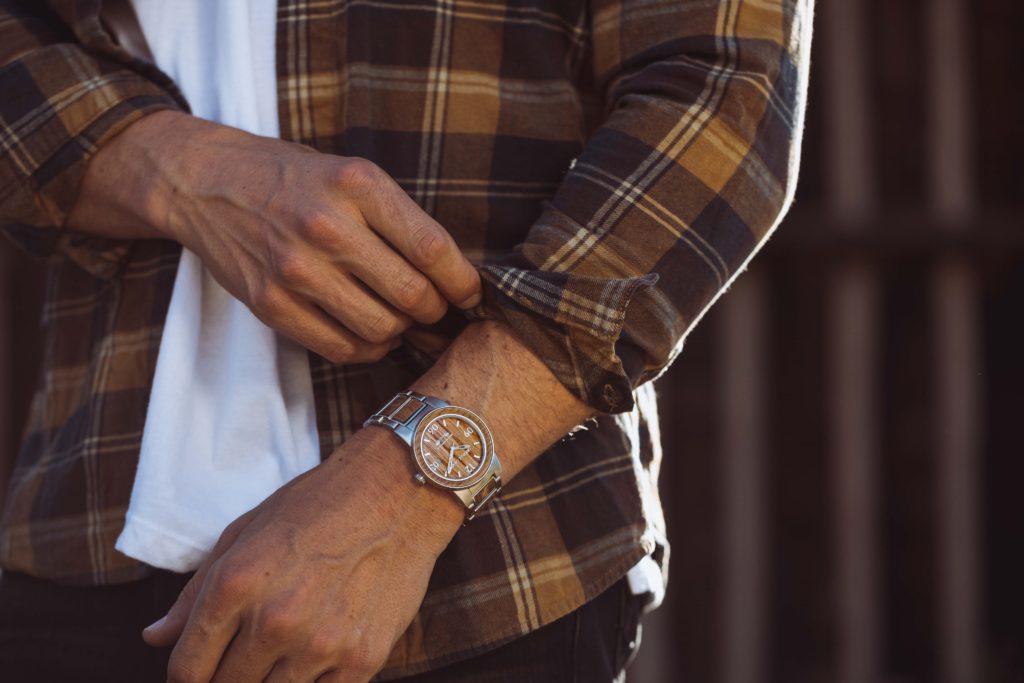 Along with gaining valuable experience, Andrew describes the best part about owning Original Grain as working side by side with his “band of brothers.”

“It’s a family,” Andrew says. “We’re allowed to argue and work things out. This is a forever thing, not a small fling. We want to change the world, and we don’t take that lightly.”

Keep an eye open for some new designs that will be released soon and a few exciting partnerships that Andrew says “will amaze you.”

For more on Trees for the Future, visit trees.org.

For more on fashion, we have some advice from models!

Stumbling Down the Kentucky Bourbon Trail

The Rise of Mead