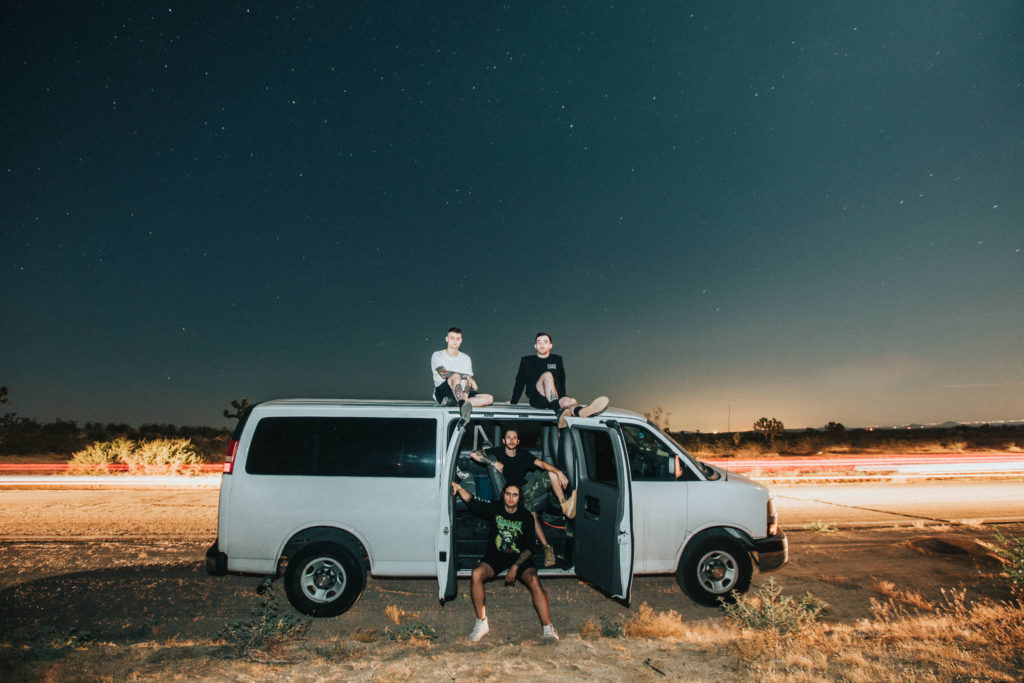 The members of Cane Hill, which formed in 2014, are the relatively new guys on the metal scene, but they’re already making huge waves. This heavy-hitting metal band from New Orleans, whose namesake is an abandoned psychiatric hospital in England, just wrapped up a gigantic tour with Of Mice and Men, released a new album early this year, and in May played one of the biggest rock festivals in the country, Carolina Rebellion, among many other accomplishments.

Cigars & Leisure sat down with vocalist Elijah Witt, amid the chaos of the 80,000-plus attendees at Carolina Rebellion, to talk about the band’s acid-tripping past life, dealing with food poisoning onstage, relaxing with The Office, and the insane price of cigarettes in Australia.

Cigars & Leisure: Let’s talk about how you got to where you are today.
Elijah Witt: Our biography says we started in 2011, but that’s not true. Cane Hill became Cane Hill in 2014, about six months before we went on our first tour with the Acacia Strain. We had gone into the studio as a completely different band and we came out as Cane Hill. We were trying a bunch of new things, and we were like, “Clearly we can’t keep this name. We want to do something completely different.”

What was the old name?
(Thinks for a moment and then laughs.) Nah. I don’t need people Googling that.

Was your background in music?
I used to take guitar lessons as a little kid, but they didn’t do me any good because I had no discipline. I was playing in bands when I was 14. Our guitarist, James Barnett, started touring when he was 12. We’ve all been in bands pretty much our whole lives. Our drummer, Devin Clark, was in drumline in high school, and I took fucking choir. I sang for the Lord.

I read that you named yourselves Cane Hill after an abandoned psychiatric hospital in England, is this true?
Yeah, when we were changing our name we came up with like 500 options and 499 of them were taken already. It sounds like we don’t like our name; we like our name a lot, but it was what was left. It makes sense because when we put out our EP, it was based off this psychotic sound; it was very reminiscent of that Slipknot kind of chaos. So the psychiatric ward made sense. Now, I don’t know, but it is what it is.

So you guys have morphed quite a bit. What’s the reason behind that?
We got sadder, did a lot of drugs (laughs).

I did read you guys used to do a lot of acid.
(Laughs.) We did a lot of that. But we’re done. It really sent us over the edge. 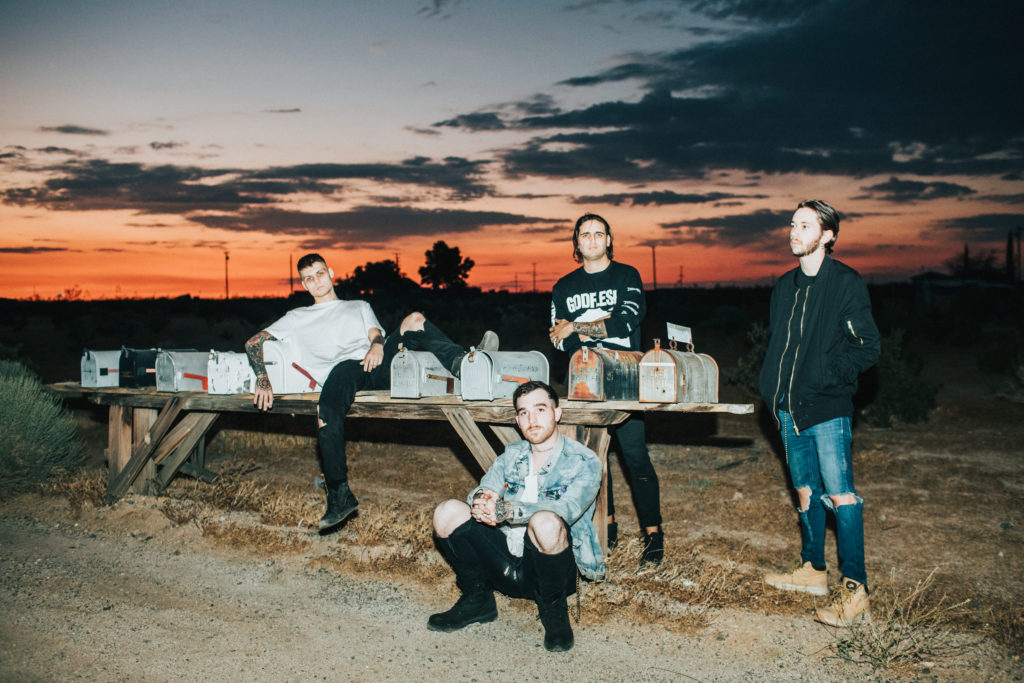 I’m sure it affected the sound a lot, too.
Oh, yeah. We were sitting there trying to write music for Too Far Gone, and James is sitting there pushing out all these sad songs. We were destroying all our personal lives. It was like, “Wow, this is dark,” and that’s why we shifted. We had this one freakout experience toward the end of it, when none of it was fun anymore and we were all crying a lot. We kept listening to Chain of Dogs out in the backyard, and we were like, “Damn, we should stop for a second.”

So you’re enjoying it more now?
(Pauses.) I’m bored. (Laughs). But other than that, yeah, we’re healthy.

Do you prefer festivals like this or the smaller club shows?
It all depends. You put me in a club and it’s going to be a sweaty, violent affair. The festivals are cool because everyone is excited to party and have a good time. It’s two completely different feelings. One is much angrier, and one is much happier, based on the amount of sunlight in the area. (Laughs.)

Well, it’s hot today.
Yeah, I wouldn’t have been moshing today. No way.

How do you pump yourself up before a show?
Um. I mean, shit, I don’t. We’re never ready. We warm up for like 30 minutes, do some jumping jacks if we’re in the mood, and then just go onstage ready to tear it down.

You pull the energy from the crowd then.
That’s exactly what it is. I like it better that way. I’ve learned to take the vibe the crowd gives me, and if they’re disappointed I’m just going to make fun of them. That usually gets them more hyped up than me yelling, “Get the fuck up.” I just call them idiots for standing still, and I get a better response.

What’s the craziest thing you’ve done onstage?
There are a bunch; it just depends on how gross I want to get. But here’s two: On our headliner in Bakersfield, [California], a few weeks ago, I had food poisoning from this really good Mexican food. I had a tour manager set up a cardboard box with a bunch of shopping bags in it, which I puked into between every song. So that was cool. That’s the third time I’ve puked sushi onstage. I don’t learn.

Another time, we were playing the coolest German festival, Rock am Ring, which we probably ruined. We were all really fucked up and simultaneously smashed beer bottles on the stage without consulting each other first. But the problem was that a few of the bottles were empty so they really shattered. We thought it was great, but everyone afterwards who runs our band said it was not great. I did it, it was tight, but I’d like to come back and not do it again.

So how do you relax when you’re not touring?
I watch mundane comedy series like The Office and Parks and Recreation—things that are so mind-numbingly easy to pay attention to. I just watch those and let my brain turn into mush until I’m ready to get active and start reading again. 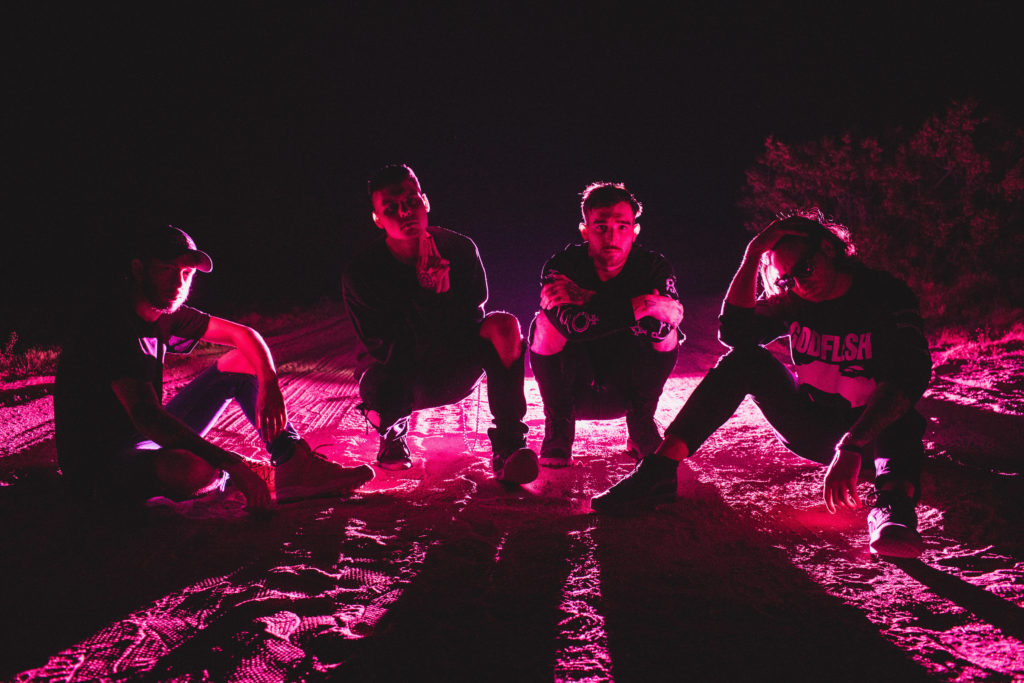 Do you read a lot?
Recently I got back into it. I took a three-year break from books because of touring, but I’m in the middle of this book called Blitzed about the methamphetamine use of the Nazi regime, which is wild. I’ve studied the Nazis for years just because they’re so fucked up. I studied the Holocaust in college, but no one ever mentioned the methamphetamines they were using which kind of makes their whole militaristic strategy make more sense.

You studied Holocaust history in college? What a departure from what you’re doing now!
Yeah, if this didn’t work out my plan was to become a professor. That would’ve been weird.

Could that still be in your future?
(Laughs.) Maybe! My GPA went real south for a while, so I’d have to see if they’d rescind that before I could ever think about going to get a doctorate.

You’re from New Orleans. What are some must-visit places there?
If you want the literal best fried chicken in the city, go to Fiorella’s. Our bassist Ryan Henriquez’s stepmom or stepdad owns it. I’ve eaten so much fried chicken in my life, and it hurts how good it is. Also, avoid the French Quarter. Just avoid it. Go uptown and look at the pretty houses, and find a dive bar on Magazine Street. My favorite is Half Moon Bar and Grill. You see the most eclectic group of New Orleanians from [people with] tribal face tattoos to frat boys all in one place. And their Southern Philly cheesesteak is too good.

Any places you’ve traveled to that you’ve fallen in love with?
I’ve got a love/hate relationship with everywhere I go because I’d rather be home in bed, but I love playing shows in foreign countries. I would say Australia because the people are beautiful. Let’s say, hypothetically speaking, in Wisconsin I’m an 8. I could go to Australia and suddenly I’m a solid 2, but I love it because everyone is really nice to look at. Men and women. But everything is so expensive. Cigarettes are $25 for a pack, so you can imagine what a cigar might be. They do not fuck with tobacco. It made smoking not very fun. I wasted a lot of money; I smoked two packs a day. Let’s just say I didn’t eat much because of it. (Laughs.)

To learn more about Cane Hill, check out the dates on their summer tour, and to order their new album, visit wearecanehill.com. 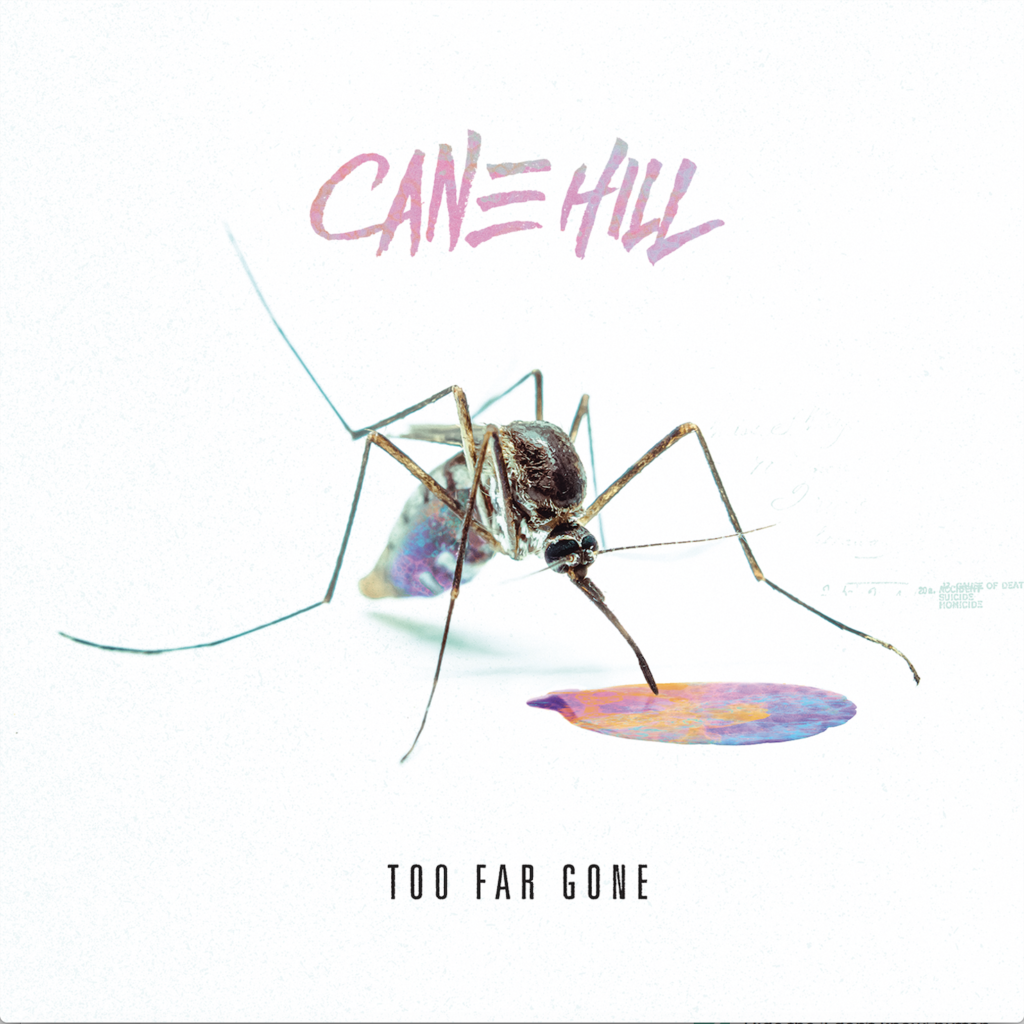 We reviewed Cane Hill’s second full-length album on our website, so go check it out. But here’s a taste of what to expect from Too Far Gone.

This album is incredibly heavy—heavy in lyrics and heavy in metal. The opening song, “Too Far Gone,” is a look into what transpired while the band was on LSD and how they came to the realization that they were losing themselves. While many of the songs have incredibly hefty subject matter, it’s still enormously fun to listen to. It’s easy to lose yourself in the growling chants, screams, and insane guitar solos.