One on One with Matty Mullins of Memphis May Fire 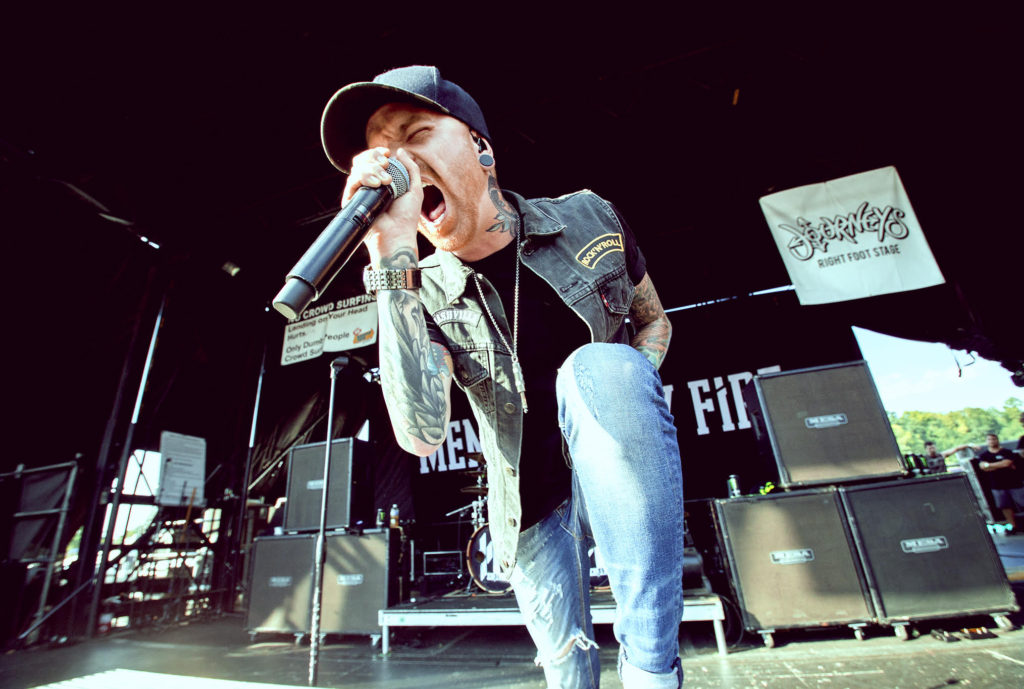 Memphis May Fire has been paving the way, and inspiring, every garage-dwelling metalcore band dreaming of playing the stages since the band’s inception in 2006. They have released five studio albums and two EPs, with a new album coming next year. Before that album drops, we thought you should get better acquainted with Memphis May Fire, so we chatted with frontman Matty Mullins at Vans Warped Tour. Here’s our unedited conversation, where we talk about everything from positive lyrics to feeling like the Beatles while playing in South America to pomade.

Cigars & Leisure: How many times have you been on Warped Tour now? What do you like the most about it, and what do you dislike?
Matty Mullins: This summer is our fourth time on Warped Tour. We love the community aspect of the tour. It’s a rock ‘n’ roll summer camp! The only thing we dislike is the heat. Performing outdoors in 115 degree weather is challenging to say the least, but it really is worth it. Every day on Warped is different. We don’t find out what time we’re performing until 10 a.m. the day of. Once we get our set time, we schedule our signings, workshops, catering, etc., around it. There’s no other tour quite like it.

How do you want people to come away feeling after listening to a Memphis May Fire album or attending a show?
I’m a hope addict. I love using our music to spread positivity and inspiration. We want our listeners to feel alive when they listen to our music, and to walk away from it with the confidence to take on the world.

Can you tell me a little bit about your mentorship program, Beneath the Skin?
Beneath the Skin is a nonprofit that my wife Brittany founded and runs. It’s a mentorship program for teens and young adults that are struggling and need someone to walk through a season with them. She’s really doing amazing work. You can read more at beneaththeskinonline.org.

Who has inspired you the most either musically or personally?
I’ve had a lot of different influences over the years. The biggest I would say was my older brother. I grew up watching him perform, and he was always an inspiration to me. He ended up pursuing aviation instead of music, so I took over.

Tell me a bit about your newest album, This Light I Hold, and where the inspiration for it came from.
We simply wanted to make the best Memphis May Fire record yet. We spent more time on the writing process than ever before and really got out of our comfort zone while recording. The band worked with a different producer this time around, and he challenged us to rethink our song structures and writing. Our new song, “This Light I Hold,” was a major step forward for us as a band.

What do you love most about being musicians and being able to get out there on stage almost every day?
The best part about what we do is getting to meet so many amazing people all over the world. Our fanbase is made up of some of the most fascinating people we’ve ever met. It’s an incredible feeling when we hear that our music has affected them in positive ways.

If you could do any other job other than being a rock star, what would it be?
I own a hair product company called On Point Pomade. It’s definitely a second job, but I love it! I spent over two years developing the formula, and the response to it has been amazing! Check it out at onpointpomade.com.

What’s one of the best fan encounters you’ve ever had?
We’ve played all over the world, but South American fans are a different breed. Touring there makes you feel like you’re in The Beatles. I’ve never heard a crowd scream that loud in my life. We can’t wait to go back! 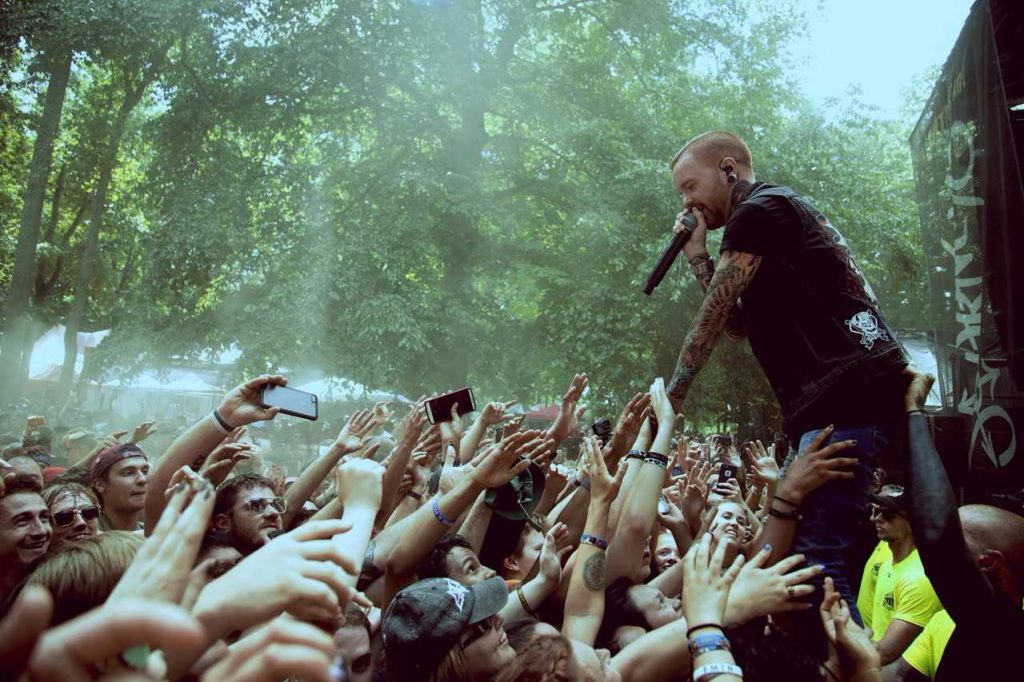 What’s the craziest thing you’ve ever done on stage?
When we played in Tel Aviv, Israel, I dove into the crowd and they tried to take my shoes as souvenirs. One of the craziest shows we’ve ever played.

Little known fact about you?
I DESPISE heights.

Place you’ve always wanted to go to?
South Africa. We played there for the first time this September!

What’s next for Memphis May Fire?
In April we’ll be heading out on tour with Sevendust and Fire From the Gods!

To order their newest album and get some swag, visit thislightihold.com or facebook.com/memphismayfire.

Check out our coverage of Vans Warped Tour and our interviews with From Ashes to New and He Is Legend.