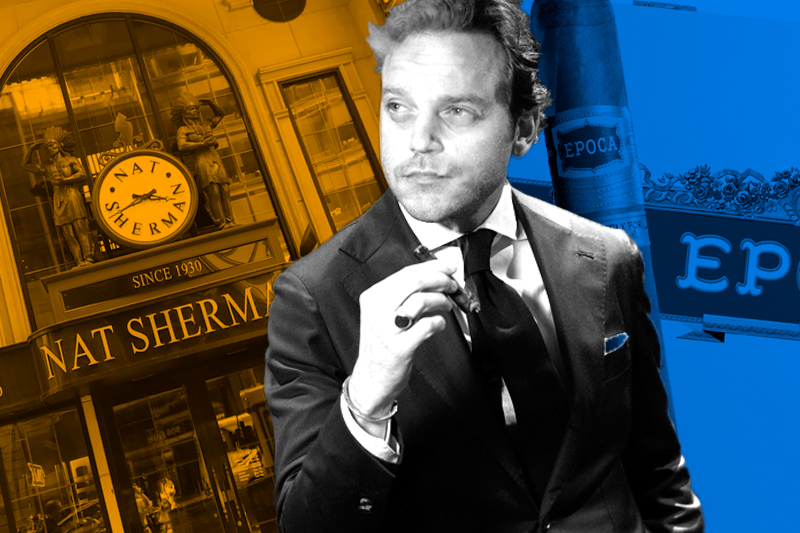 After more than 90 years in business, Nat Sherman has announced that it will be shutting down permanently. The Nat Sherman name and brand is a familiar one to many cigar enthusiasts–in addition to being the producer of well-known brands like Timeless, Epoca and the Metropolitan, Nat Sherman is an iconic institution in New York City and a brand that paved the way for much of today’s cigar culture and business as we know it today. 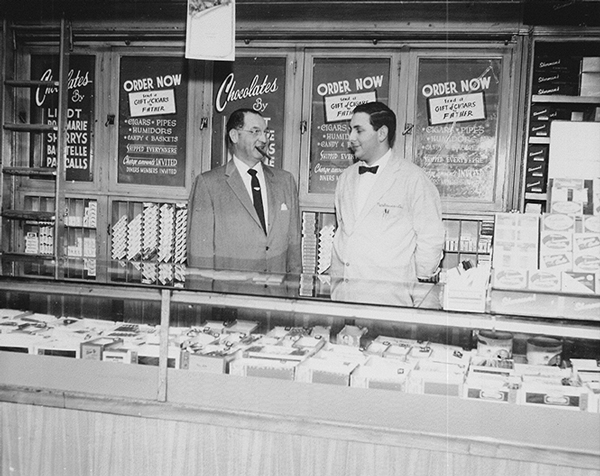 Nat Sherman’s story begins in the 1930s when the brand’s namesake first opened the doors to his tobacco store. It was in the middle of the Great Depression when starting a business was not at the top of many people’s to-do list but for Nat Sherman, he saw an opportunity and went for it. Sherman partnered with Charles Baer, the owner of the Epoca Cigar Factory, to bring a tobacco store to the heart of New York City’s Garment District. Sherman wanted to make this a family-owned business and eventually bought Baer out. Through the ups and downs of American history from World War II onward, the Sherman family built the brand and focused on fulfilling the mission of creating a brand and business built around family values and mantras including “Be honorable in all our dealings,” “Be proud and respectful of company, customers, products and ourselves” and “Continually educate ourselves about our craft and profession.” 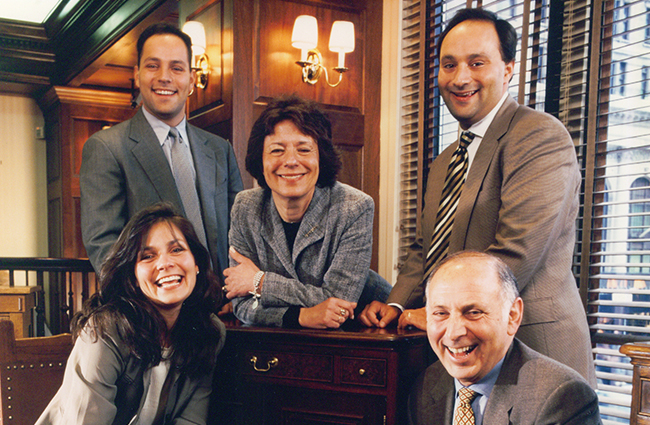 “What I think is the most impactful contribution is the idea of an in-store lounge. After Nat [Sherman] died, the store was on 55th and 5th, right across from the St. Regis hotel in the middle of Manhattan. It really catapulted this idea that tobacco could be luxury when Nat opened his store on 5th Ave. After he died when Joel Sherman took over the business, they moved to 42nd St. The store was like … 7,500 square feet and part of the reason why they wanted that much space was to make sure there was plenty of seating for customers to sit and enjoy what they purchased. If you put that in the context of time that obviously doesn’t seem like a big innovation today but in 1990 you could smoke anywhere! You would buy a cigar in a cigar shop and then you would leave the cigar shop to go smoke it. There was no need to host your customers in a store that way–that was a ridiculous idea at the time but Joel said, ‘We want the experience of Nat Sherman to be more than just buying and smoking. We want to help control that experience.’

“So there was never a bar, never a coffee shop or anything like that but they had enough space to put seats and a lounge–at the time they had the lounge in their humidor that overlooked 5th Ave. and people still tell stories about how meaningful that was. If you fast forward to today, if you can’t host your customer to enjoy the product they purchased, you’re going to have a real hard time competing in the retail space in 2020. That real focus on customer and focus on experience that was Joel’s vision in 1990 I have to believe inspired more and more folks to accommodate their customers within their stores. When I look back and think about it I think that commitment of space and that commitment to the experience of the customer was a pretty revolutionary thing at the time.” 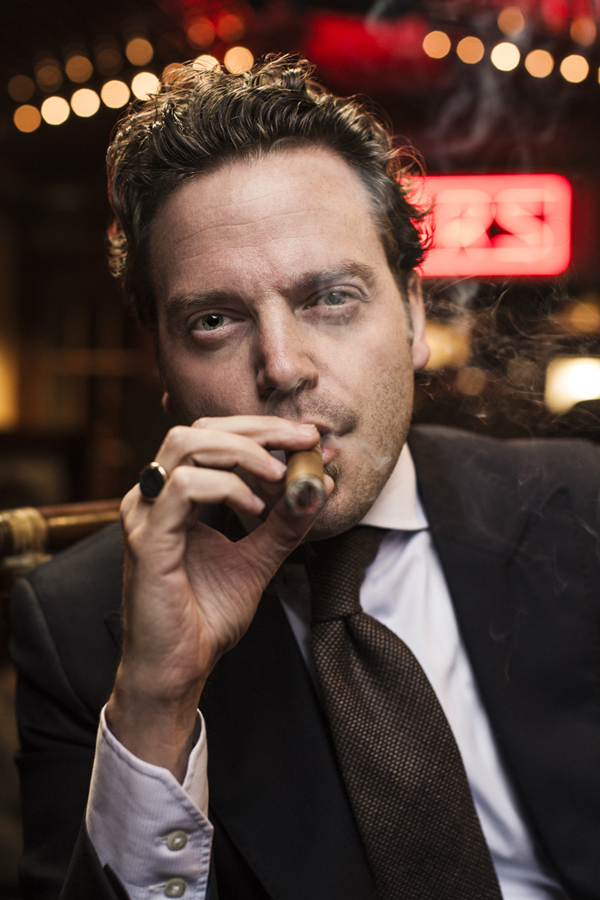 Another part of the Nat Sherman legacy is its premium cigar brands. In an interview with our sister publication Tobacco Business, Herklots described Nat Sherman International’s cigars as, “a thoughtfully curated collection that truly has something for everyone.” The company’s premium cigars are handcrafted in all three of the most important premium cigar manufacturing countries in the world: the Dominican Republic, Nicaragua, and Honduras. There are three brands within Nat Sherman’s portfolio: Metropolitan, Timeless and Epoca. Metropolitan represents a collection of “old-world” style blends, three of which have been available since 1995. Metropolitan also contains blends that can be considered “old-world.” Timeless is comprised of four blends–Timeless Prestige, Timeless Supreme, Timeless Sterling and Timeless Panamericana. Epoca, a brand crafted in the Dominican Republic, has both a medium blend and one that’s more fuller and richer.

Nat Sherman’s mantra has been that it is the “tobacconist to the world.” In its nine decades of history, it has evolved from just a local New York brand and establishment to a brand that has had a global reach. Nat Sherman has demonstrated to the world what it means to truly be part of the cigar industry–from the original entrepreneurial spirit that compelled Nat Sherman to start a business in the middle of one of America’s most challenging chapters to the innovated spirit that inspired Joel Sherman to transform Nat Sherman from just a store to a full-on experience for customers, Nat Sherman has been the ultimate success story for the business and its legacy won’t be defined by the end, but by the 90 years of experiences, memories and great cigars that will forever be present in the minds of cigar enthusiasts for lifetimes to come. 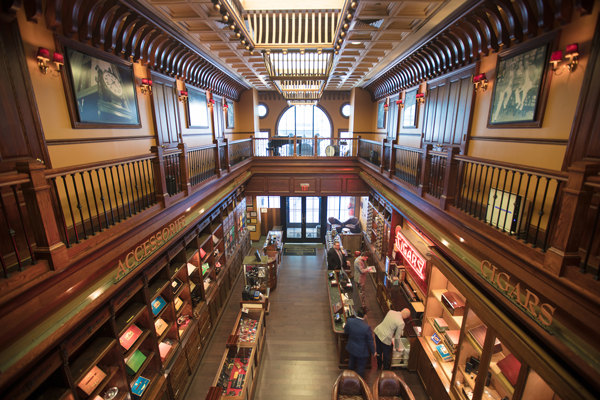 While you won’t likely be able to make it to the Nat Sherman Townhouse in New York City before it closes its doors in September 2020 due to the COVID-19 pandemic, you can still experience the best of Nat Sherman with one of its premium cigars. Cigars & Leisure is recommending the following five Nat Sherman cigars as just a start–you’re likely to find some great deals in your local tobacconist for all of Nat Sherman’s cigars. 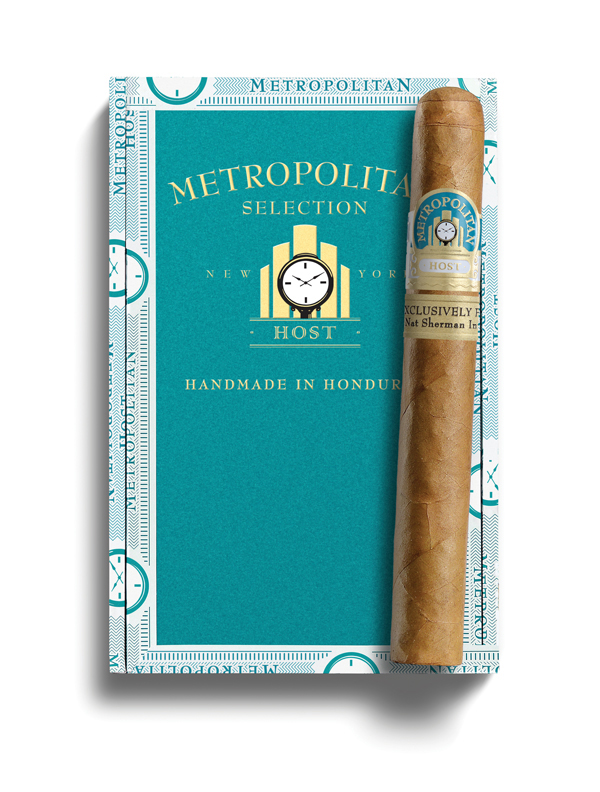 Nat Sherman Metropolitan Host
For a taste of Nat Sherman’s Honduras-made offerings, you’ll want to check out the Metropolitan Host. This is a mellow and creamy smoke with a subtle sweetness due in part to its Connecticut Shade leaf and its sugarcane-dipped cap. This cigar is available in various sizes including Churchill, Corona, Double Corona, Gordo, Lancero, Robusto and Torpedo.

Nat Sherman Timeless Panamericana Gordo
This cigar was first released as an exclusive to retailers who were part of the Tobacconists Association of America (TAA) but due to its popularity it was released the to masses later on. Even though the blend is medium-bodied, its a cigar that packs a punch. This cigar gets its kick and sweetness from its Ecuadorian Sumatran wrapper, Costa Rican binder and Nicaraguan fillers. Together, these tobacco leaves give this cigar enthusiast favorite an peppery, earthy, savory taste. 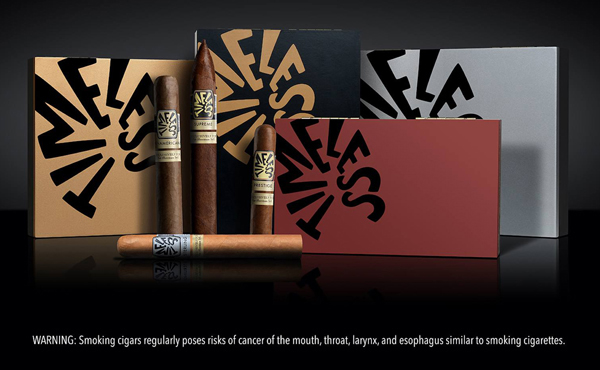 Nat Sherman Timeless Sterling
If you’re looking for an ultra-premium cigar from Nat Sherman, you won’t be let down by the Timeless Sterling. This cigar has a Dominican Republic roots–the binder and filler are both Dominican in origin and the wrapper is Ecuadorian Connecticut. A light and creamy smoke, the Timeless Sterling redefines elegance and refinement for a new generation of cigar enthusiasts. What makes Timeless Sterling such an exceptional cigar is its presentation. Several years ago the brand underwent a revamp and ditched the typical cedar boxes for okoume wood boxes that allows for the tobaccos within the cigar to go uninfluenced by the box’s cedar. From the blend, you can expect hints of bread, cocoa, and roasted cedar along with a bit of sweetness and creaminess. 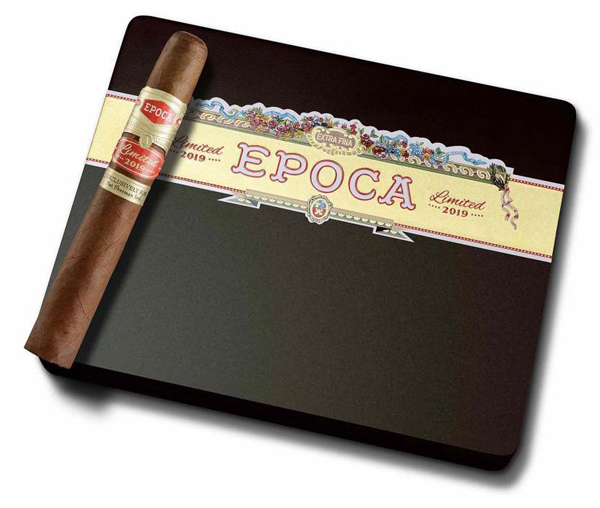 Nat Sherman Epoca 2019 Limited Edition
This cigar made news as one of the first new releases from Nat Sherman following its 2017 acquisition by Altria. While Epoca is a brand that is typically made in collaboration with Dominican-based Quesada Cigars, this limited edition cigar was made by Plasencia Cigars S.A. in Nicaragua and offered in just one size–a Toro measuring 6 x 52. This Nicaraguan puro has notes of pepper, nuts, leather and a subtle sweetness in this medium to full-bodied smoke. 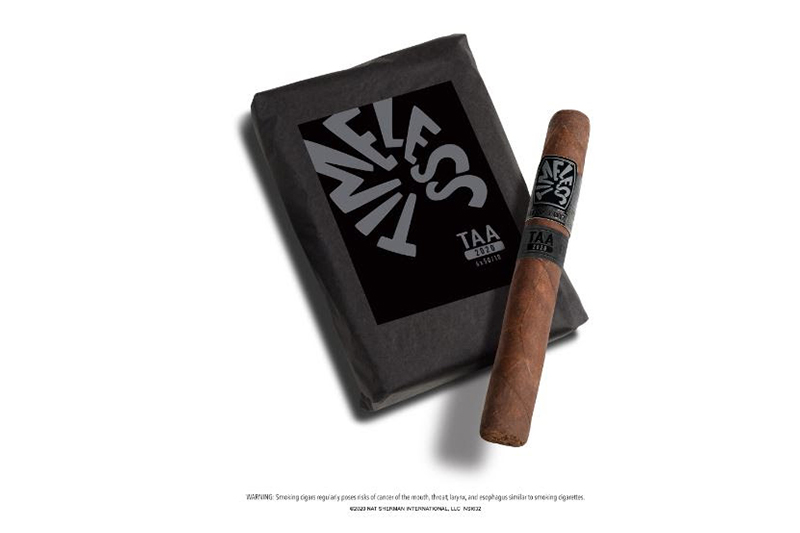 Nat Sherman Timeless 2020 Limited Edition
If you’re looking to try the latest–and probably last–release from Nat Sherman, you’ll want to get your hands on the Timeless 2020 Limited Edition. This cigar is presented as a 6 x 50 toro and features all Nicaraguan tobaccos and is made at Plasencia Cigars S.A. in Esteli, Nicaragua. For this release, Nat Sherman opted to go for a completely different look and vibe with the branding, ditching the typical gold and luxury look for a more modern, simplistic black and gray motif. Expect a medium-bodied smoke with notes of coffee, dark chocolate, heavy cream and an oak aroma from this blend. Each cigar sells for around $12 and with only 650 boxes of 10-count cigars being released in total this year, this will be a hard to find smoke you’ll want to seek out sooner rather than later.

– Story by Antoine Reid, senior editor and digital director for Cigars & Leisure Magazine. You can follow him on Instagram @editor.reid. 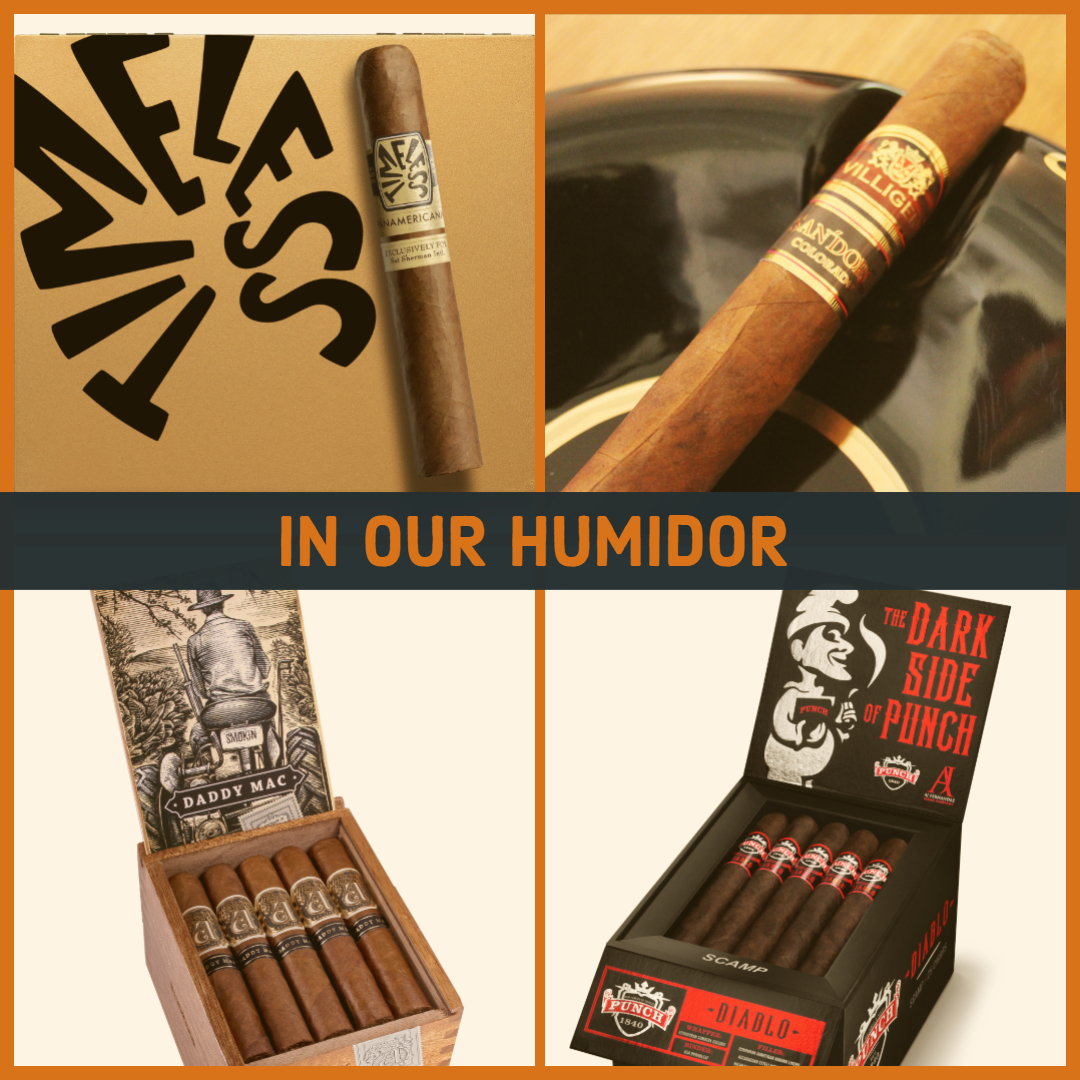 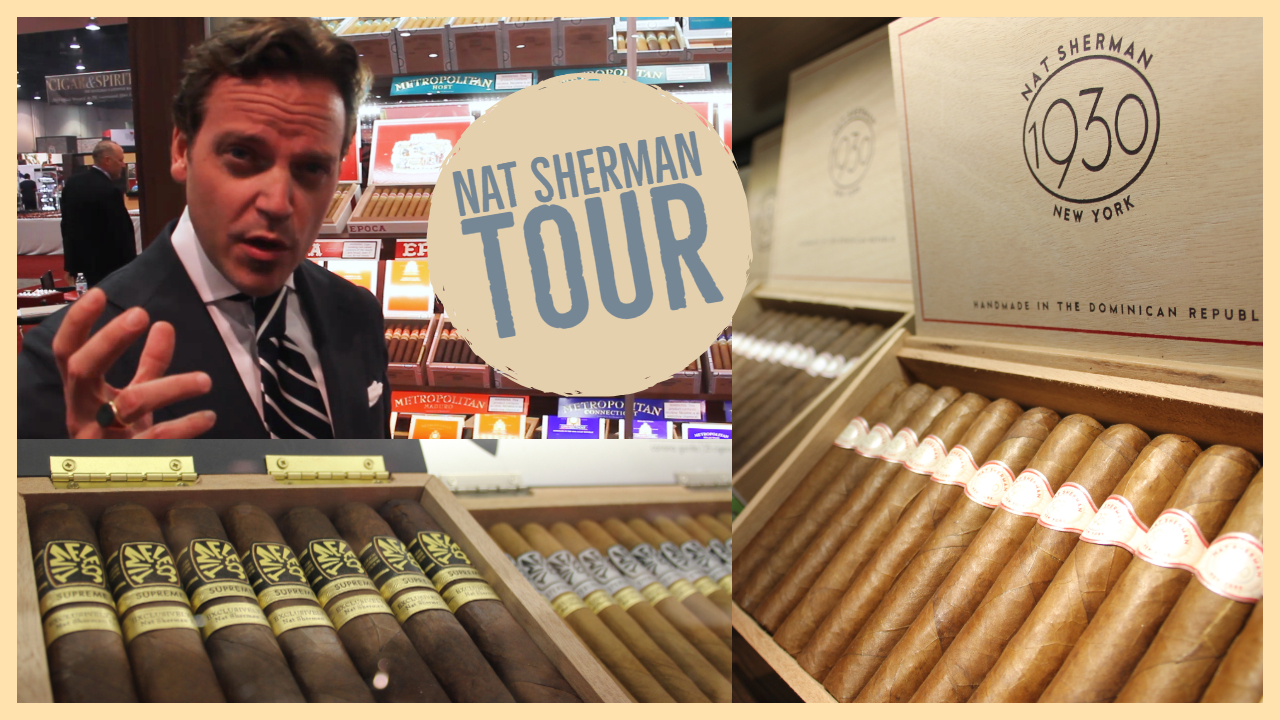 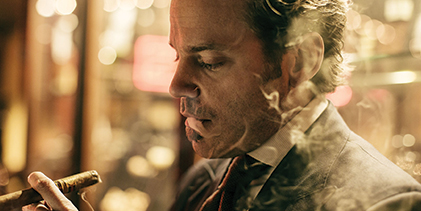