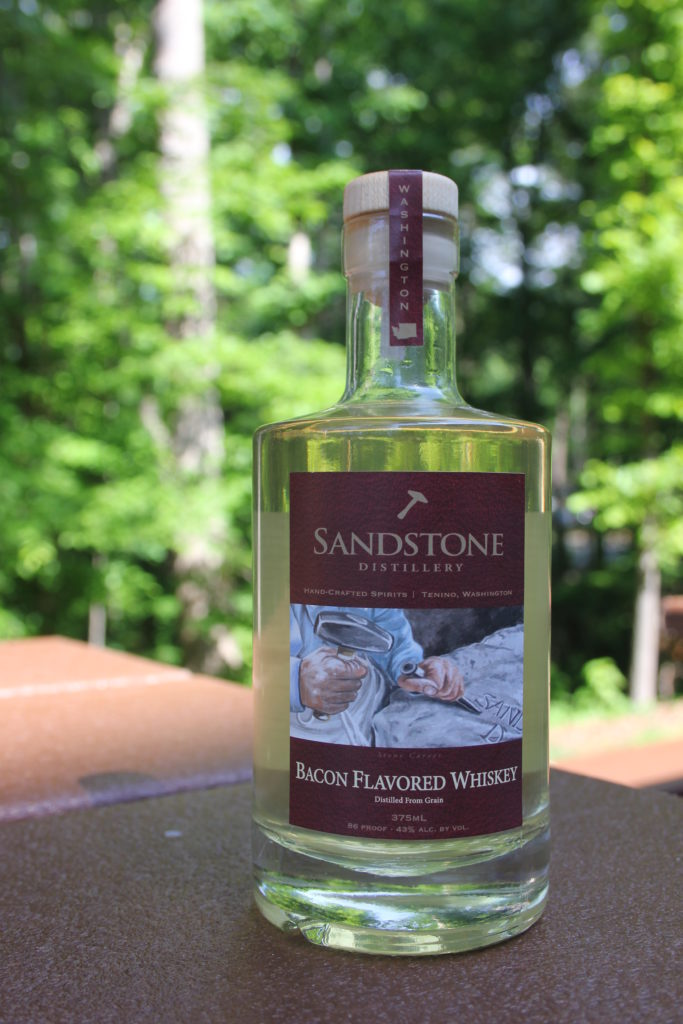 “We didn’t start out to jump on the bacon bandwagon, but after we’d been open for six months, I was driving everywhere, anytime someone said they were willing to taste our stuff,” says John Bourdon, founder of the award-winning Sandstone Distillery in Tenino, Washington. “This is when bacon was showing up everywhere, and we got invited to the Bacon & Bourbon Fest up in Seattle. I told them we’d be there, and my wife, Jenni, looked at me like I was crazy. I smiled, because I knew she could fix it. 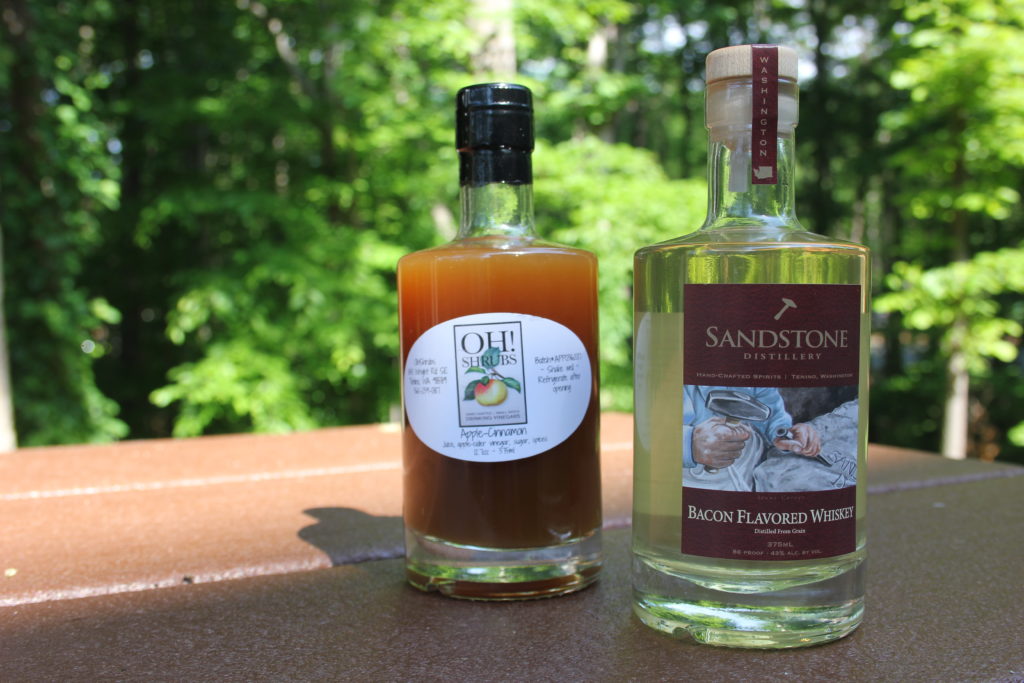 “She got some Hempler’s bacon, which is made up here and is the best you can get, but it’s very expensive. She cooked it up, and we macerated it into our white whiskey. When I took the bacon out, I thought it was going to be the best bacon in history, but it was so bad the dog gave me a dirty look when I tried to feed it to him. Tofu has more flavor. The alcohol had absorbed every drop of flavor from the bacon!

“We took it up to the Fest, and people were looking at us sideways. One guy said, ‘I’ve had bacon vodka before, and it sucked.’ Well, that’s because they took crappy vodka and poured chemicals in it to make it taste like bacon. I poured the guy a sip and said I wouldn’t take his ticket unless he liked it and wanted a full glass. After that sip, he threw his ticket at me. Then he came back with three friends, and each of them came back with three friends, and soon we had the biggest line there. It was nuts!

“Now we have to make it all the time. But we can’t afford Hempler’s. That’s the nice thing about having our distillery on a farm. There’s a pig farm at the end of my road. And after we make the alcohol, we’re left with spent grains where the carbohydrates and sugars have been removed but still have the protein attached. So, we take these cooked grains to the pig farm to feed the pigs that make the bacon that get put back into our whiskey. Sustainable farming is a beautiful thing.” 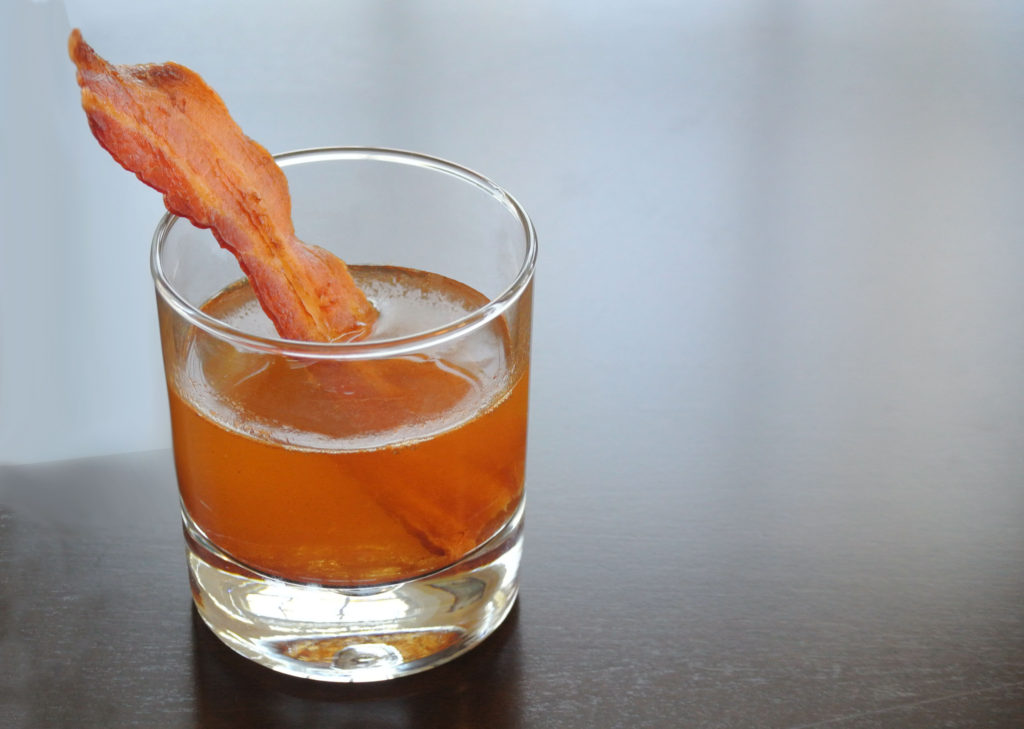 *Combine all ingredients in a cocktail shaker with some ice. Shake until well-chilled. Pour and garnish with a slice of cooked bacon or a crisp celery stick.

Check out our full story on Sandstone Distillery.