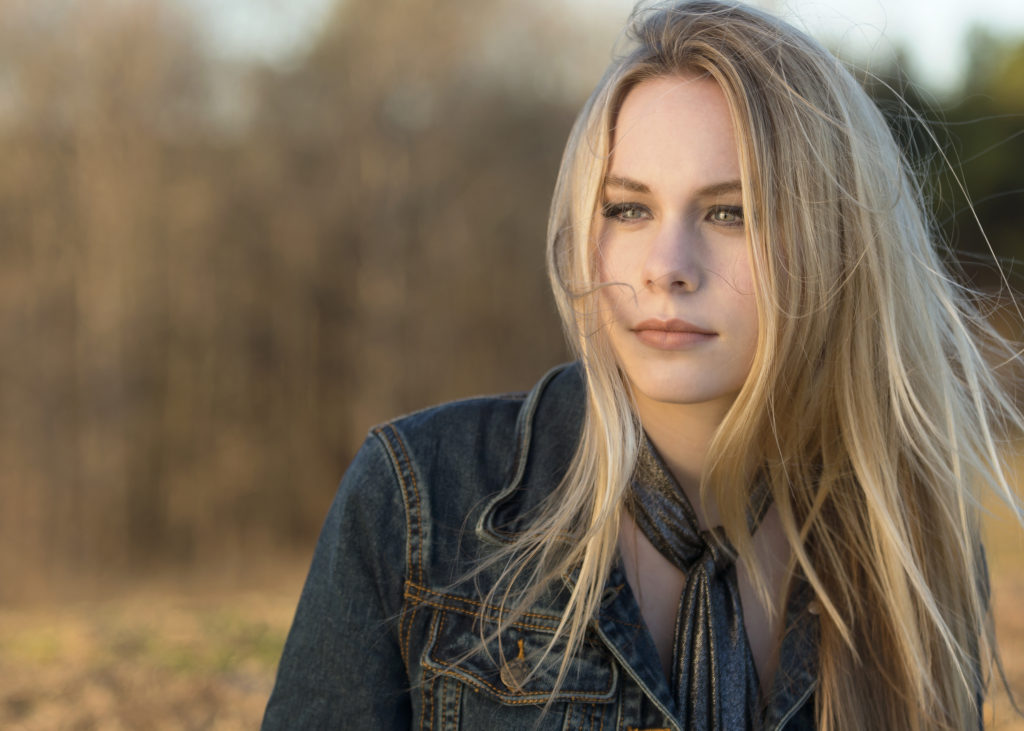 Hailing from Cary, North Carolina, Brooke Hatala is on the cusp of breaking out in the music industry—at the tender age of 15. With her beautiful, raspy voice, she has already appeared on The Voice, opened for Willie Nelson, and is working with Red Light Management in Nashville. Will she be the next Taylor Swift? Only time will tell.

Cigars & Leisure: It seems like you’ve found your calling very early in life. How did that come about?
Brook Hatala: At age 8 I got a karaoke machine for my birthday and loved performing to my family and friends. Then at 10, my brother started taking guitar lessons, and I wanted to do the same. As I started to learn the guitar, I would sing and learn new songs. Then one day my mom took me to an open mic at a local coffee shop, and I’ve been hooked ever since. After doing several open mics, I was asked to perform an hour set at a local park for an outdoor concert series. From there I was asked to do other events, and it just grew to the point that now every weekend I’m performing somewhere.

Were you just able to pick up a guitar and play?
I was fortunate that the guitar came very naturally to me, and I picked it up pretty quickly. As I started to learn songs and began to sing while playing, that fueled my passion and interest, which then became a nightly obsession. I loved learning new songs and then performing them with nightly concerts in my bedroom. Now I can play three hours of songs from memory, so I guess that constant eagerness to learn really paid off.

What artist would you most like to work with?
That’s tough because the five artists I just mentioned all inspire me so much, and I love their sounds. I would have to narrow it down to either Taylor Swift or Miranda Lambert. They have both inspired me from the beginning.

What’s the most excited you’ve ever been with a guitar in your hand?
In LA when I had a blind audition in front of Adam Levine, Gwen Stefani, Alicia Keys and Blake Shelton. Being in the top 100 artists out of almost 40,000 that auditioned for The Voice was a real confidence booster. I was actually only 14 when the audition process began, so being one of the youngest contestants ever on such a big platform was amazing. I didn’t get a chair turn, but I am fine with that. Reality TV is not always about your music or style. But I was inspired by all the judges’ comments, especially with Blake telling me he will be attending a Brooke Hatala concert someday. I hope to prove him right on that!

What is the biggest thrill of your career so far?
Opening for Willie Nelson. When I got that call I was thrilled. Being only 15 and getting such an honor made me want to prove to everyone that I can do this. I felt pressure to make sure I was completely prepared and nailed every bit of that performance, but that pressure is what drove me to work even harder. After experiencing that level of an accomplishment, I’m now more certain than ever that this is what I want to do the rest of my life.

At an age where most kids are worried about clothes and social media, you are focused on your career and giving back to the community. Where does such maturity come from?
Probably my passion and my faith. I believe God gives us all talents and that he gave me this talent. I’m trusting in him that I will continue to grow and spread joy with my music. I want my music to have positive lyrics and hope it gives me the opportunity to help others.

Check out our interview with Country music legend, Bobby Bare.