The Story of Cornelius & Anthony Cigars 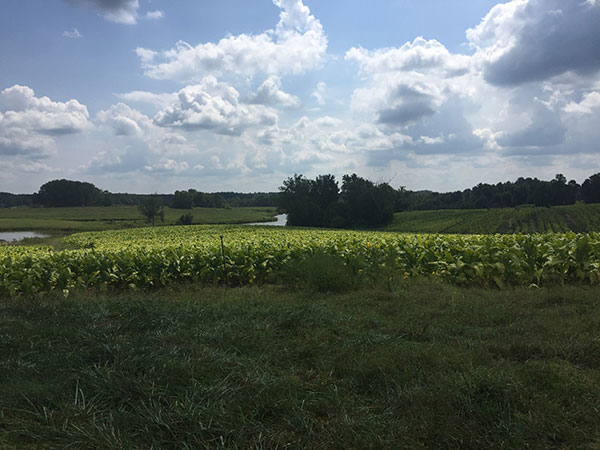 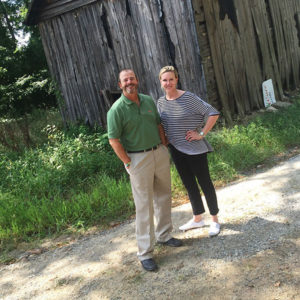 shines through in Cornelius & Anthony

Tobacco runs deep in the bloodlines of the Bailey family. Since the 1860s, the Bailey family has been growing tobacco in southern Virginia and has made a name for itself in the cigarette industry with brands such as Bailey’s, Tahoe, and Riverside. It was back in 2012 when Steven Anthony Bailey, the current president of S&M Brands, decided to honor his family with a premium cigar brand named Cornelius & Anthony.

“Our family history is in tobacco. It’s not fictitious or something some marketing agency has come up with. The things we are doing are based on my family and sometimes their personalities and some of their experiences,” explained Bailey. “We’re trying to highlight those things through brand development and some of the things we’re doing.”

Cornelius & Anthony is named after Cornelius Bailey—the first known Bailey family member to grow tobacco in the southern Piedmont region of Virginia—and Steven Bailey’s middle name. Today, the Bailey family still grows tobacco in the same area that Cornelius Bailey did back in the 1800s, and while much of its tobacco has gone into its cigarettes, Steven Bailey wanted to create a premium cigar brand that would bring his family’s history and passion for tobacco to an entirely new audience.

That was the original intent back in 1993 when the family entered into the cigarette industry, but over the years Bailey realized there were stark differences between cigarette smokers and cigar smokers.

“The cigarette smoker isn’t passionate about what they’re doing in most cases. Occasionally you’ll meet a few who are, but they don’t even remotely compare to the way cigar smokers dive into the history and get so involved in what they’re smoking,” explained Bailey. “You’ve got people out there who look at cigars with such passion, and it’s such an integral part of their lifestyle. They love the fact that they are cigar smokers. When you talk to cigarette smokers I suspect one in10 will say they’re happy they’re smoking, but the other ones will tell you no, they wish they had never started smoking. You never hear that from a cigar smoker. A cigar smoker is just so thankful that they’ve found this lifestyle. It’s a different mindset.”

Cornelius & Anthony has garnered a huge following in a short amount of time, but the road to success has not been without its share of obstacles and challenges. Back in 2012, Bailey and those at S&M Brands decided to get into the premium cigar industry after having success in both cigarettes and the emerging e-cigarette segment. Bailey met with cigar manufacturers in the Dominican Republic who were recommended to him as being able to help him create a great cigar.

“I knew tobacco products, I knew how the industry worked, but the premium side is a lot different,” revealed Bailey. The process went on and he worked on blends with these manufacturers, but even after settling on a blend, the finished product wasn’t what he was expecting. Bailey and his company quickly shifted operations to another manufacturer in the Dominican Republic and found themselves in the same scenario. It was then when he met Courtney Smith, Cornelius & Anthony’s director of brand development, who knew people who could put the company in a position where its premium cigars could hit the mainstream with success much quicker than before. With Smith’s guidance and expertise, Bailey went down to El Titan de Bronze in Miami to work on blends again, this time with Sandra Cobas. This time, he had a winner on his hands—Cornelius.

Cornelius & Anthony’s premiere release, named simply Cornelius, is a tribute to Cornelius Bailey, Steven Bailey’s great-great-grandfather. This cigar is handrolled in a Cuban style and has a triple cap. Each box features an illustration of Cornelius Bailey on the lid and is stamped on the bottom with the roller’s name. Cornelius was released in March 2016, and while many cigar companies would let their first big release have time to settle in before launching another, Bailey and company had other ideas. In May, Daddy Mac, named after Bailey’s father, Mac, hit store shelves. It was produced at the La Zona cigar factory in Estelí, Nicaragua. Each box bears an illustration of Mac Bailey tending to his tobacco fields, something he can still be seen doing today.

At this year’s International Premium Cigar & Pipe Retailers Association trade show, Cornelius & Anthony’s Venganza was introduced. Also produced at La Zona, Venganza is spicy with a lingering sweetness and smooth finish. This fall, Meridian was released. Meridian’s artwork, featuring an octopus-like creature pulling a ship underneath the sea, has caught the eye of many, and it’s a cigar that presented challenges to Bailey and those at Cornelius & Anthony since its conception.

“We launched a Meridian that didn’t turn out well,” Bailey recalled. “Now we’re relaunching it with a different manufacturer, a different blend. The big octopus or kraken that’s coming out of the water represents the big screw-up that came up for us during our journey. We try to have fun with it. We make fun of the situation and of ourselves.”

Even though all of Cornelius & Anthony’s cigars are under a year old, they have a following as devoted as those of some of the more established brands. Whether it’s posting photos of themselves with various Cornelius & Anthony cigars on social media or reviewing them online, cigar smokers have embraced the brand and the Bailey family into their humidors and cigar community.

“All of this started in March. We haven’t gotten a year in yet. It’s a very rewarding thing to watch develop,” said Bailey with pride. “A lot has happened in a short amount of time, particularly where we were a year ago. We had a disaster on our hands and basically had to scrap everything and hit the reset button.” When the comment is made that many would have thrown in the towel when faced with as many issues and challenges faced in getting the brand off the ground, Bailey laughs and comments, “Yeah, but I’m too dumb to quit. That’s my problem.”

Based on the reviews and feedback garnered on social media, many are happy that Bailey didn’t throw in the towel and that Cornelius & Anthony is here today. Bailey considers cigar smokers themselves an integral part of the creative process.

“For us, it’s all about the consumer. Our company is very committed to this segment of the industry. We’ve spent a lot of money in it. We’ve made a lot of mistakes. I’ve made a lot of mistakes. We are very in tune with what cigar smokers have to say and what their perspective is. We need feedback from consumers. Do you like the product? What would you change? Our job is to provide products that people will enjoy, and we take that job seriously. We work hard here every day to make sure we accomplish that goal. If we’re doing something that people aren’t happy with, we’ll change it. It’s ultimately about them at this point.”

The new challenges set forth by regulations from the Food and Drug Administration (FDA) aren’t slowing down Bailey or the Cornelius & Anthony brand. He teases that there are new and exciting things still planned for the brand that cigar enthusiasts can look forward to. He also has dealt with FDA regulations for some time with his company’s cigarette brands. S&M Brands is one of the few companies in the U.S. that have sent products through the FDA process and received approval for them. While much of the cigar approval process is unknown to Bailey and others, he has no intentions of backing out of the premium cigar sector anytime soon.

“There’s too much invested here,” he passionately replies when asked why he’s continuing to push and develop the Cornelius & Anthony brand despite the FDA challenges. “There’s too much invested in people and infrastructure. I’m sure that’s true about lots of other folks out there. It’d be like a guy who decided to be a chef. His upbringing was that he was going to be a chef, and all of a sudden he can’t create a dish anymore. What is he going to do, and how is he going to make a living? It’s a bad situation. I think philosophically we’ve regulated ourselves into a hole, and I don’t know if our country will be able to survive it, quite honestly.”

If you haven’t tried a Cornelius & Anthony cigar, you’re missing out on not only a great smoke but a piece of American tobacco history. Generations of Bailey’s family history are packed into each line of Cornelius & Anthony. Be sure to tweet, tag, and share your thoughts on their cigars with Bailey and company. Not only are they listening, but they want to hear what you think.

For more cigars, check out what’s new for Cornelius & Anthony!

Where to Stay: Mondrian London

Where to Eat: Seattle