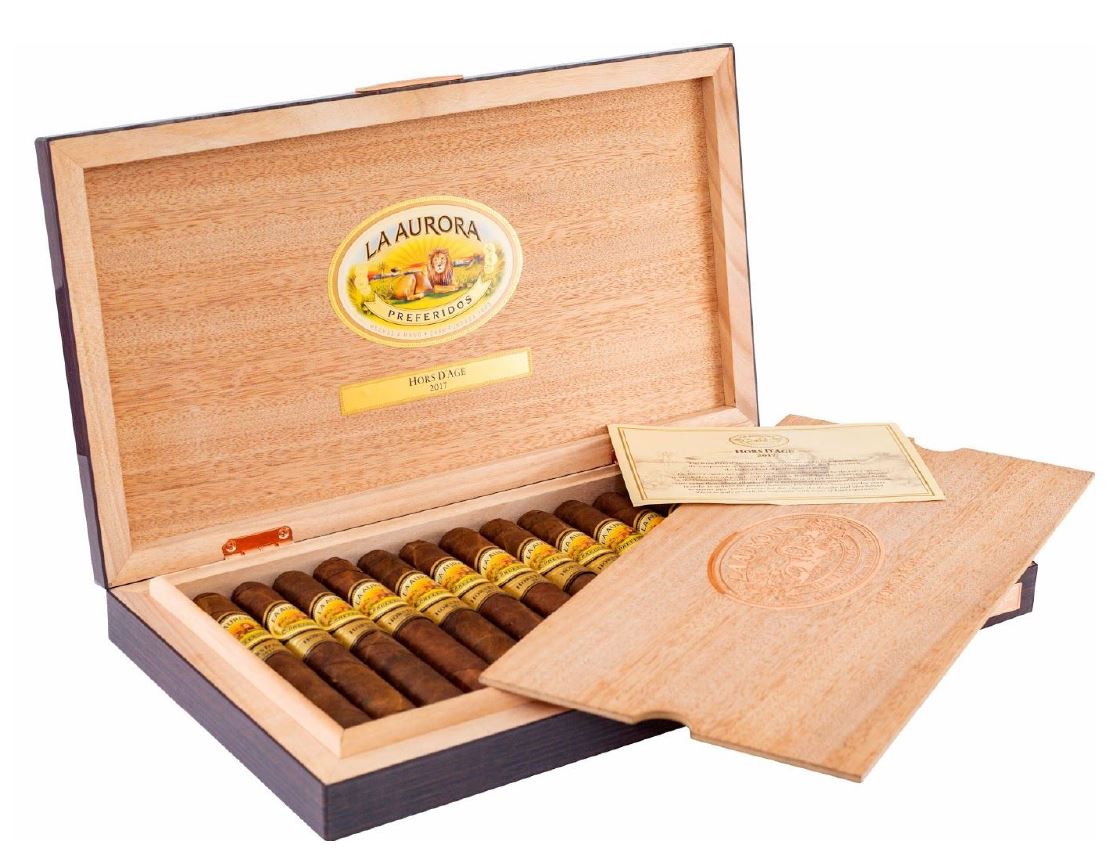 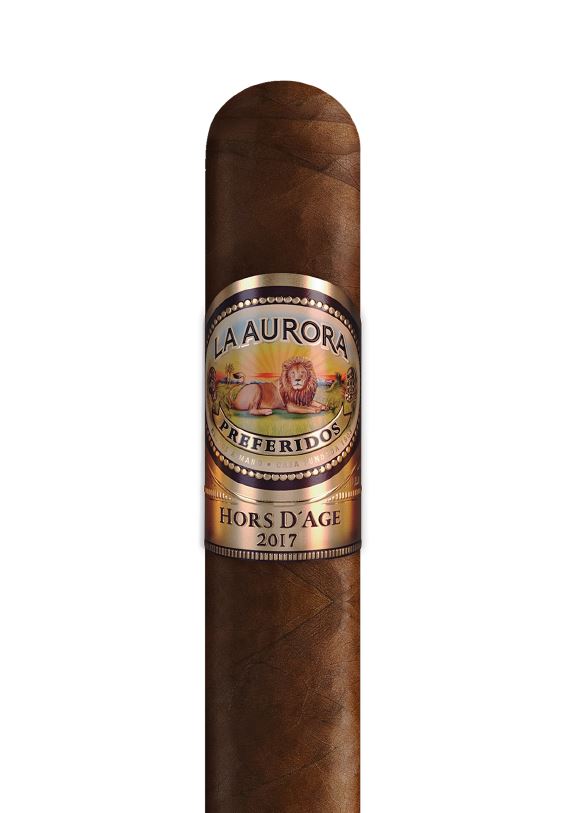 The main characteristic of this new super premium cigar is that La Aurora has invested 12 years from sowing the seed until the finished product. All the tobaccos used in the manufacture of this cigar had been harvested in 2006, the ageing to which this product is subjected is twice the usual amount of the most premium lines of La Aurora. The production is limited to 6,000 boxes.

A wrapper and a binder from Ecuador have been used, while the filler is composed of a mixture of tobacco from Colombia, the Dominican Republic and Nicaragua.

Its unique blend offers incredible creaminess and aroma. It is a well-balanced cigar in which spicy notes of black pepper predominate, opening up to give way to more complex and delicate flavors. The presence of wood is evident throughout the smoke but is enriched with nuances of cinnamon, nuts and even citrus. With touches of roasted coffee, it’s finish is powerful and creamy. 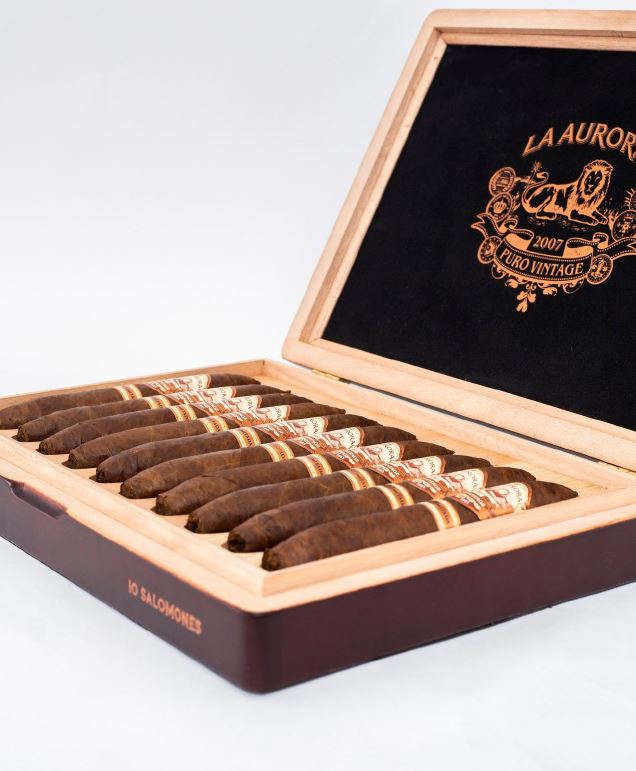 The tobacco used in the production of La Aurora Puro Vintage 2007 come from the 2007 harvest and have been scrupulously selected in order to ensure maximum quality.

Presented in Salomon format (6 1/2 x 50) the production of La Aurora Puro Vintage 2007 is limited to 6,000 boxes worldwide. The Limited edition box contains 10 cigars composed of a Dominican wrapper and a binder from Ecuador while the filler is a mixture of tobacco from the Dominican Republic, Brazil and Nicaragua.

The main characteristic of this cigar is its complexity, perfectly balanced with a strong strength of strong woody notes, leather, nuts and rich sweet nuances of wild honeys, the bitter taste of cocoa, and notes of tropical fruits.

Check out our tour and feature of La Aurora’s factory.