Interview with Josh Todd & the Conflict 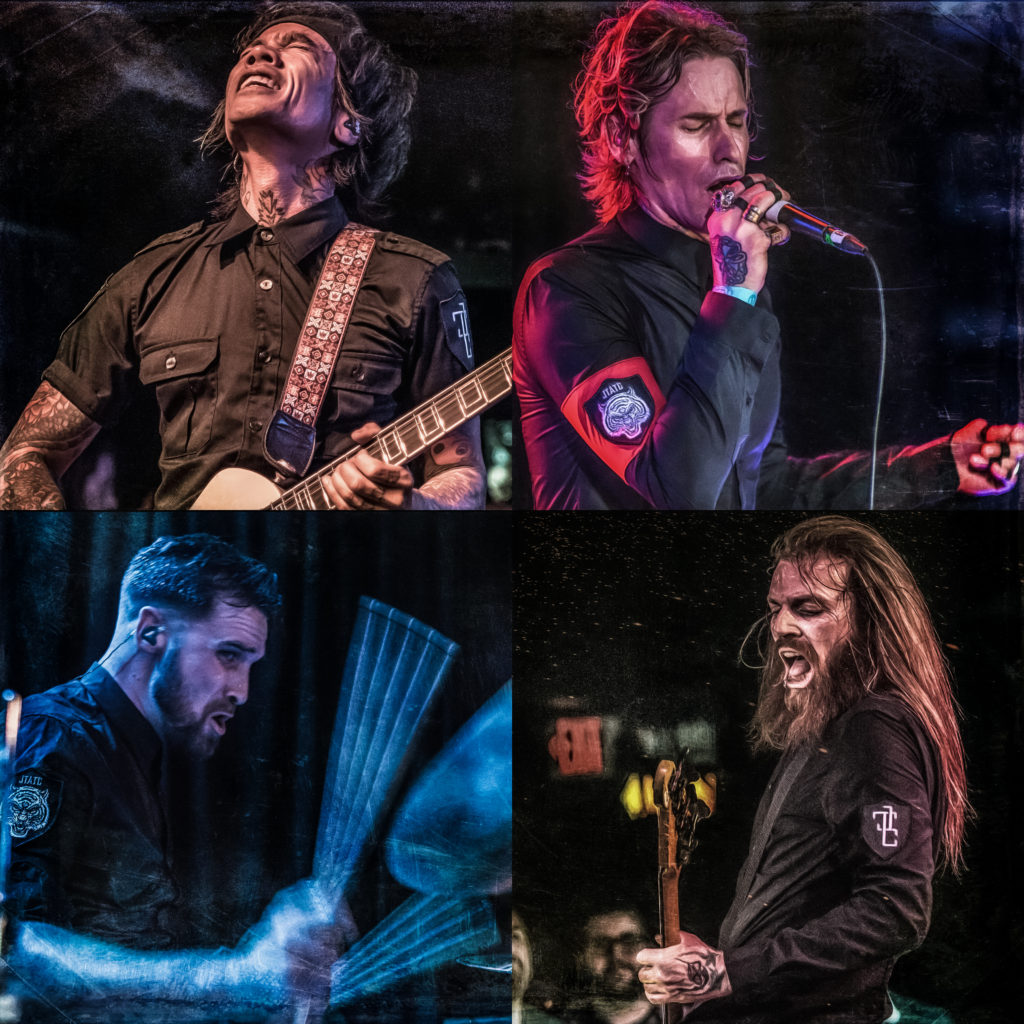 He’s been called one of the last great frontmen of our generation. When he’s on the stage, you know who’s in charge, and he works every inch of the stage. He’s engaging and electric and maybe even a little eccentric. Meet Josh Todd, the frontman of hard rock group Buckcherry, known for such headbangers as “Crazy Bitch” and “Lit Up,” and who now also fronts the Conflict. That’s right. He has two bands.

We sat down with the heavily tattooed Todd to talk about his new band, passion, being sober, and Will and Grace.

Cigars & Leisure: Tell me how the Conflict came about? Was this something that’s been swirling in your mind for a while now?
Josh Todd: I always wanted to have two bands; I just never had the time until now. The plan was to make the Conflict heavier and more along the lines of my roots.

How was the process of writing the album with longtime Buckcherry guitarist Stevie D.?
Great. We were longtime friends before he was even in Buckcherry, and he never got the opportunity to write a lot in that band. So, when we started writing together for the Conflict, it was a long time coming.

You’ve made and released many albums over the years. Does the process ever get easier?
Not at all. The writing part is a lot of fun but aggravating at times because you want great songs to just come easy, but that’s not the case. It’s the synergy between record label and artist that sometimes is the most challenging.

You’re considered one of the most engaging frontmen in rock today. I feel like great frontmen are a dying breed; any thoughts on why this may be?
That’s very nice of you to say. You’re right, though; we have an ADD generation. People are so overloaded with information [that] it’s very hard to keep people’s attention. Because of how easy it is to manipulate your voice and instruments with the new recording technology, it’s made people very lazy.

Having backing tracks while performing was unheard of in rock music years ago; now, it’s the norm. The perfectly tuned tracks are doing all the heavy lifting for these bands, which leads to very mediocre performances. I learn so much about my craft when I’m walking on stage [and] not feeling 100 percent—does that make sense? It’s like I have to find a whole new level inside me, and if I had tracks to cover me, that wouldn’t be the case. But at the end of the day, nobody cares, so it will carry on the way it is.

What does it take for you to go out there every night and put on such high-energy shows? Do you have any pre-show rituals?
Passion, really. I want it to be unforgettable, or else why do it? Before shows I have incantations. I talk to the universe, and I listen to nasty hip-hop to loosen up after my vocal warmups.

What’s one of the craziest things you’ve done onstage?
I’ve seen a lot of crazy things onstage from my perspective, but me? I don’t know. I’m pretty focused on just hitting my marks and staying in the pocket; the pocket is where the magic lies.

Here’s a little deeper question: I read that you’ve been sober now for over 20 years. That’s really inspiring. How did you come to that decision? And is it ever hard when you’re surrounded by the “rock ’n’ roll” lifestyle?
I’m coming up on 23 years—the same age as my oldest daughter. I never wanted her to see me fucked up. I needed to break that chain. I got really loaded from age 13 to 23, so I’m good now. As far as being around it, it’s easy for me in small doses. I have a great foundation with [Alcoholics Anonymous], and that’s how I manage.

After doing this for so many years, do you ever wish you had chosen a different path? Or would you not trade it for the world?
Sometimes, but music is my salvation. I wonder if I would have never messed with drugs or alcohol if I hadn’t been here, but it doesn’t matter really. There is no past, there is no future—just today.

What’s one of your most memorable shows you’ve played?
Hard question. They all mean a lot to me. You may be playing a small show and see somebody having a very emotional reaction to a song you created from nothing, and that’s the best feeling I could ever have. I don’t do this for the same reasons others do.

You’ve played all over the world. Is there a place you still dream of traveling to?
I want to play Rock in Rio; that’s always been a dream of mine. Russia, too, and all of Asia.

Catch Josh Todd and the Conflict on tour later this year.

For more info, and to order their new album, Year of the Tiger, head to facebook.com/joshtoddandtheconflict.

Which of these lyrics by Josh Todd are the most rock ’n’ roll?

“Lit Up” from Buckcherry’s self-titled album

I’m on a plane
With cocaine
And yes, I’m all lit up again
Cough up love
And touch up
Your mama said packing lines is a sin.

I could spend my lifetime getting high
Never wanna live in a suit and tie
Most of us are just livin’ a lie
Drunk, gettin’ fucked up every night.

For more music, check out our interviews with Seether, and We Came As Romans.