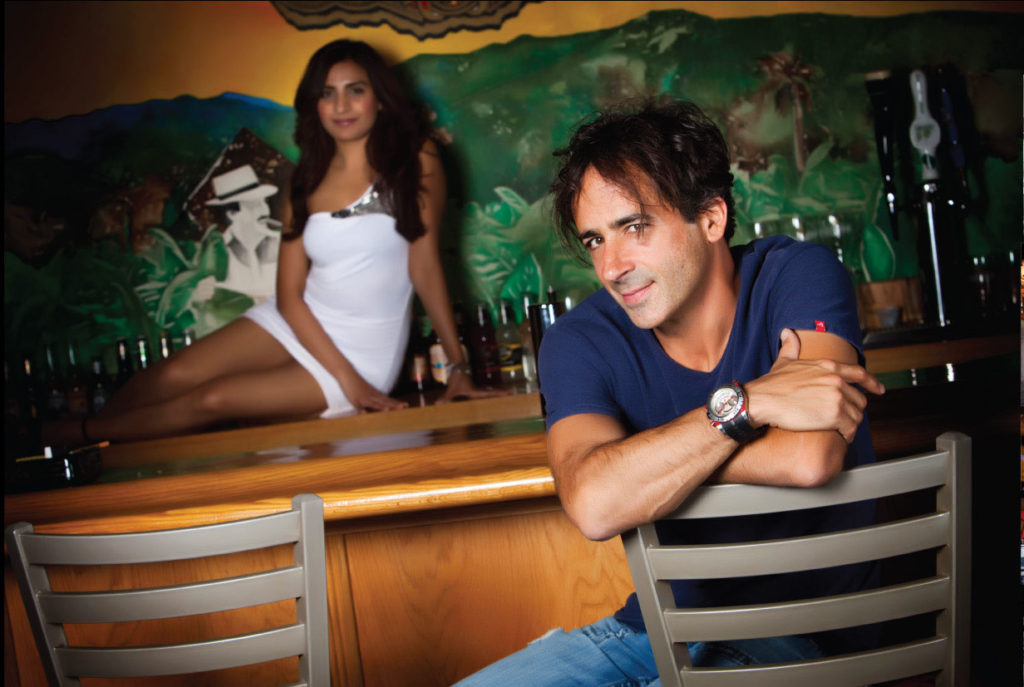 Henry Ford invented neither the automobile nor the assembly line, but his vision and ingenuity merged the two and forever changed the course of American history. Mass-producing items to limit the cost for consumers played a critical role in our nation’s economic expansion. However, today, some of our most famous and cherished brands balk at this notion and instead focus on making smaller amounts at the highest qualities, often using artisan or “old-world” methods to produce an excellence mass-produced items can’t match. French wines, Swiss chocolates, and Italian sports cars all come to mind.

Such is the case with Isabela Cigar Company, a boutique operation based on the outskirts of Little Havana in Miami. Johnny Piette founded the company in 1997, saying that he was trying to create a uniquely flavored, craft cigar that carried history, love, devotion, and master craftsmanship. 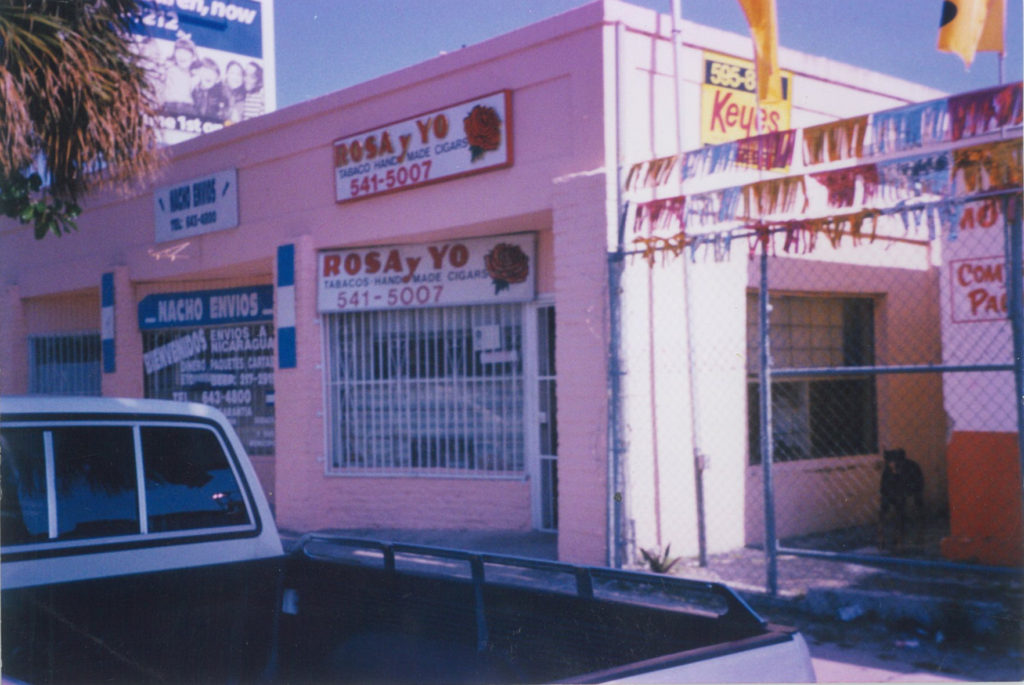 “I smoked my first cigar in 1994, a Miami-made La Gloria Cubana that was given to me by Robert Weston,” Piette says, referring to his friend and mentor who started one of the first strip clubs in Hollywood and owned Snoopy’s Opera House, a legendary North Hollywood music bar where Jimi Hendrix, Eric Clapton, Bobby Keys, and many others honed skills early in their careers. “It spun my head around, kicked me in the teeth, turned my face green, and I never was the same again. I followed that cigar up with a Partagas 150, and I was hooked!

“I started my journey going through all the prominent brands available, and I ended on a quest, looking for something different, something with a unique taste that would transition and encompass different flavors. For the most part, what was available were just one-dimensional cigar experiences, where the one flavor—good or bad—was the same throughout the cigar. And I always knew there could be so much more.”

Describing himself as a nomad, Piette was born in Michigan but moved frequently in his childhood, the adopted son of an Army colonel and tank battalion commander. After high school, he toured the country playing with various rock bands as an opening act on larger tours. He eventually decided to plant roots and couldn’t think of a better avenue than getting involved in the cigar industry he loved. Determined to start his own brand, Piette found his way from California to South Florida and started “scouring fabricas [factories] and their masters” to find the right place and the right person with whom he could create a cigar. The search ended when he met legendary master blender Vicente Ortiz, who had set up a shop of his own just outside downtown Miami. Ortiz was raised in Cuba and is rumored to have had a hand creating the original blend for Cuban Cohibas before Fidel Castro came to power.

Ortiz gained master blender status working for his family’s Rosa Y Yo factory in Cuba before making his way to the United States in the 1970s. He first landed in Chicago, starting a small operation where he recreated famous blends from his native land for the growing Cuban population in the city, as well as for local businessmen with taste. After many cold winters, moving to Miami became an attractive option, and he opened his own version of Rosa Y Yo, which today is located three blocks south of Marlins Park.

“One of the things Robert taught me was the ability to figure out what your dream is and to work it so it comes true. I found that my dream rested in the hands of Vincente,” Piette says. “I remember the rich, sweet smells of fresh tobaccos and chatter of expat Cubans all around Vincente’s small, pink fabrica on Flagler Street. I spent years learning, listening, enjoying, and becoming part of his family. It was the perfect setting as he took me step by step through his journey growing up in a pre-Castro Cuba, learning his craft at an early age, escaping the turmoil of the revolution, and coming to America, where he recreated the mythical Cuban blends in a new setting.

“Over the years, he taught me about the inner workings of cigar making and the art involved in creating magical profiles. Those conversations brought me back in time and showed me a special place where pride, craftsmanship, and devotion to your trade all meant something. Vincente is a walking history book, and I wanted to work with him to create a form and flavor profile that was unique to the point where if a customer went into a store looking for one and they were out of stock, the shop owner wouldn’t be able to recommend another brand because there wouldn’t be anything comparable.”

Together, Piette and Ortiz created the original Isabela core blend, which was made in small batches and therefore available in very limited supplies, primarily through the company’s website and several select retailers. As Isabela grew, Ortiz shifted his focus to the budding brand he and his apprentice had built. By 2000, demand and practicality led Piette to move much of the production to Nicaragua, as they needed more direct and better access to the tobacco farms, as well as expanded production facilities. The need to produce more cigars, however, did not mean they were going to disregard quality.

“All of our production is executed utilizing the timeless old Cuban methods of rolling that Vicente learned,” Piette says. “The only people who touch our cigars are the six expat Cuban rollers, who each have about 50 years of experience in the industry and have all attained level 9-plus master custom Cuban roller status.

“All of our tobaccos are sourced and handpicked from small farms in three countries, and we aggressively utilize different aging seasons in many different lengths and combinations to create our uniqueness and identity.”

Part of the identity of current Isabela products pays homage to classic Cuban traits of the past. For example, several Isabela offerings have dual-colored—or barber-poled—wrappers, all vitolas are finished in tres capa (three caps), and, in a true pre-Castro nod, the cigars are sealed with a base that is basically sugar cane and water, making for a sweet smoke.

The company grew gradually for more than a decade, but production increased drastically to follow demand in 2015, branching out into more than 40 retail shops around the country. The company has been on the rise since. Piette created what he refers to as his “creative magic department,” which is a blending studio that is “aggressively and continually working on new blends and combinations.” The creative magic department has been busy already in 2017, with recent releases including the Time-Traveler, which, as the company says, features “eight distinct, seamless transitions of changing flavor profiles, blended to take you on a journey through some of the most prominent flavors of the most popular Cuban cigars of the ’90s,” as well as the Mash-Up launched in late May and the Shape-Shifter that is due out in late summer.

“All Isabela cigars are blended to reveal multiple seamless transitions in shifting flavor profiles, all intentionally blended to take you on a journey,” Piette says. “We’re a small, artisan craft maker, and we’re always striving to come up with new ideas and create new blends. And we never stop!

“I think what separates us from other cigar makers is that we have the luxury of time. We’re not constrained by deadlines; we’re not under constant pressure. We have time to create, time to age, and time to be perfect. We also have time to make mistakes and time to admit and learn from our mistakes, so we don’t have to put something out there if it’s not right.

“Basically, if I get something in my mind to the point where I can taste it on my palate, I don’t stop until I find it. We don’t give up; we don’t stop trying. We just work, and blend, and create, and make massive amounts of mistakes. But we study them and learn from them and try again and again until it’s perfect.”

Check out our review of the Isabela “Sparkle” Robusto, and the PepperHead.

Interview with He Is Legend 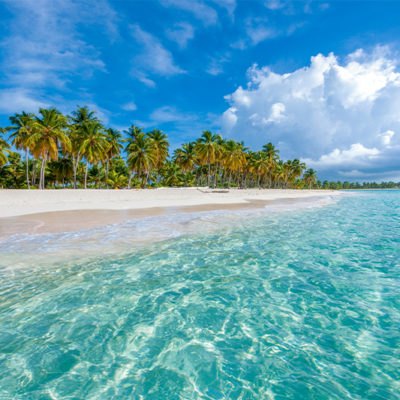