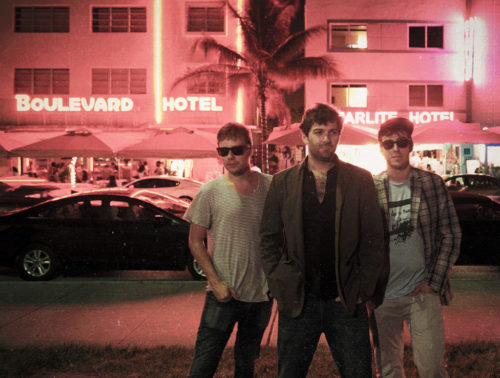 In the premiere issue of Cigars & Leisure we interviewed Miami-based indie funk band, the Magic City Hippies. Check out this interview where the band reveals its origins, the band member’s favorite spots in Miami and the secret behind their unique blend of music.

Cigars & Leisure: Your band has an indie vibe, but do you have any desire to go mainstream?
Magic City Hippies: It’s true that pretty much every part of the band is run by us and a small team. Everything we make comes out of our own studio at our house. We take a certain pride in that, but we also aren’t looking at it as so black and white. We’re not sure what is considered mainstream in 2015, because even though we haven’t conquered the world yet, people are still listening to our music everywhere. With our new music coming out, we’re trying to be on top of this wave.

Imagine you have the opportunity to collaborate with any music artist or band, dead or alive. Who’d you have up on stage rocking out with RHB?
Hip-hop is a pretty important ingredient in our music, and we love having MCs on tracks. We were all really into Chance the Rapper’s Acid Rap when we were recording our last album, so having him on a song would be amazing. It’d be great to have a zombie Jimi up there ripping solos with us, but we’re not quite sure if that fits our style.

For those unfamiliar with the Robby Hunter Band, how would you describe your sound and overall style?
We don’t set any boundaries when we’re in the studio. Robby can bring in a song of any genre, and once it’s gone through the wash at Hippie Castle studios, it always has this unique vibe. We call it “indie funk.” It’s soulful indie music that borrows from all over, but the No. 1 focus on every track is that it hits. If you can’t dance to it, we’re not putting it out there.

Is there any band or artist out there right now that you guys regard as an idol or someone you’d like to model your own path to success and fame after?
Mark Ronson is absolutely killing it right now. Everything he touches turns to gold. As a band that forms the majority of the music in the studio, he’s a real inspiration for us. All of his music has an amazing feel and sounds perfect. He’s all over the place like we are, so we’d love to see our stuff take off in the same way.

In an industry now dominated by artists like Taylor Swift and Ariana Grande, what in your opinion is the state of popular music today?
We’re all just doing the same thing in the end. Think about what the Beatles were doing. They were the start of the modern pop artist. Just a handful of guys in a studio with the ultimate goal of crafting the perfect song. It’s just the three of us in the studio every night, driving each other crazy trying to find the last tasty bit we need to truly love a song. It seems plausible that that’s what artists like Taylor Swift or Ariana Grande are doing, just probably with a lot more time and money to do it.

Speaking of Miss Swift , the Grammys aired earlier this year, and Kanye West created quite the buzz when he stormed on stage and nearly ruined Beck’s moment. Kanye afterward argued that the Grammys were a “joke.” For a band like yours that’s probably more Beck-ish than Beyoncé-ish, how do you feel about winning awards and recognition for your work? What makes you all sit back at the end of the day and go, “Damn, we’re here! We’ve made it, and we’re making an impact on the scene”?
Whatever Kanye is doing, it’s working. Maybe he knows something we don’t [know] about the music industry. As for our music, we are honestly still shocked at the attention our music has gotten all over. We love each track dearly, but when we put the music out there originally, we were not expecting for people to connect with it so instantaneously. Now there’s enough people in Southeast Asia using our music as the background to their GoPro vacation videos on YouTube that an award doesn’t seem necessary. We’d just love to be able to quit our day jobs and the band really be our full-time life. That’s when we’ve made it.

The band’s most popular songs are the tracks “Hard on Me” and “Corazón.” What do you guys feel made those two tracks such huge successes?
Those tracks have just the right amount of ear candy. You can play them over and over, and they don’t lose their sheen. Those are also two of our more summery songs, and since the music is coming out of Miami, all the pieces fit together nicely. Our album goes through a lot of different moods. The playfulness in those tracks seems to be one of those moods that people really like.

If there was one song from your catalog that everyone had to hear, which track would you guys recommend we listen to?
We’re super excited for people to hear the music we’re going to be releasing this summer, but definitely our collectively favorite track is “¿Que Paso?/Running With Wolves.” It’s actually two tracks off of our previous album, but they’re meant to flow seamlessly into each other. There’s a cool tape-slowdown transition that connects the groove of the first track with the raw energy of the second track that we all still love to this day. Plus “Running With Wolves” features the horns from one of our favorite bands, EMEFE. They killed it so hard on that track that we had them come play all over our upcoming EP.

We all know that NYC has a reputation as being the “city that never sleeps” but there’s always something to do in Miami, day and night. People kind of know what it’s like to vacation in Miami, but what’s it like to call Miami home?
The goal with our music is to capture the side of Miami that we enjoy. It’s still a rowdy way to live, we just try to add a little more creativity and self-expression into it. Robby is the true hometown hero in the band, while Pat and John are transplants who came to Miami to study music, so Robby was pretty key in showing them the best parts of this city. We’re all just gringos in the Magic City.

You all know Miami better than anyone. Forget all the usual suggestions—as Miami locals, what do you guys recommend someone visiting do while in Miami?
If you want to see the Robby Hunter Band’s roots, go to the Barracuda Bar in Coconut Grove. Robby used to play there for beer every Friday night for years. He actually first met Pat at the ‘Cuda. Pat had come to play the gig completely unrehearsed and actually only met Robby minutes before they started their first set.

As for other places to check out, Ball and Chain is a hip place on Calle Ocho that has great music. We’ve got some friends who play jazz there, as well as at the Corner downtown and Bodega out on the beach. The best placed to see live music though is Bardot in Midtown. It sounds amazing, and it’s super intimate. We look forward to finally getting to play there soon.

Miami has great food. Each of you give us a recommendation of a place to get the best meal in your city.
Robby: I’m a level six vegan. I don’t eat anything that casts a shadow.

John: There’s this Cuban ventanita-style place with inside seating on Key Biscayne called Oasis. They serve the best pan con bistec I’ve had in Miami. They really do put a steak on that sandwich.

Pat: Pepitolandia in Doral. Doral is the place to go for Venezuelan food.

For some of our readers, cigars are their guilty pleasures. What are yours?
When things are really getting good in the studio and the ideas are flowing, we’ll put on “Everything She Wants” by WHAM to take things to the next level. Definitely one of many band anthems.

I’m going to assume from watching your videos that you guys enjoy having a good time and enjoy your share of booze—or “spirits,” if we’re keeping it classy. What’s each of your favorite adult beverage?
We’re usually having a few when we’re shooting the videos, so you’re definitely not wrong. We normally end up drinking beer during gigs, but Robby’s into Dark and Stormys, Pat drinks a lot of Maker’s Mark—neat—and John’s into G&Ts.

You’ve toured a lot and thus have done your share of traveling. What’s your favorite vacation destination?
We went out to play SXSW one year in a huge hippie van. We had been out to Austin to play SXSW the year before, so we decided to have a little more fun this time. We rented a big old Sprinter van and loaded it with a bunch of our friends and a cooler or two of drinks. We had a total of like 15 Miami people staying in Austin and enjoying the festival with us. I guess that doesn’t say too much about Austin. Austin is also really cool.

What can we expect this year from you guys?
We’re putting out our first release as the Magic City Hippies. It’s titled the Hippie Castle EP, after John and Pat’s house where we record the music. It really embodies the vibe of all the artists and musicians and generally chill people that come through the house.

For more on the Magic City Hippies, visit magiccityhippies.com.

For more music, check out our interview with Richie Nuzz.