Interview with He Is Legend 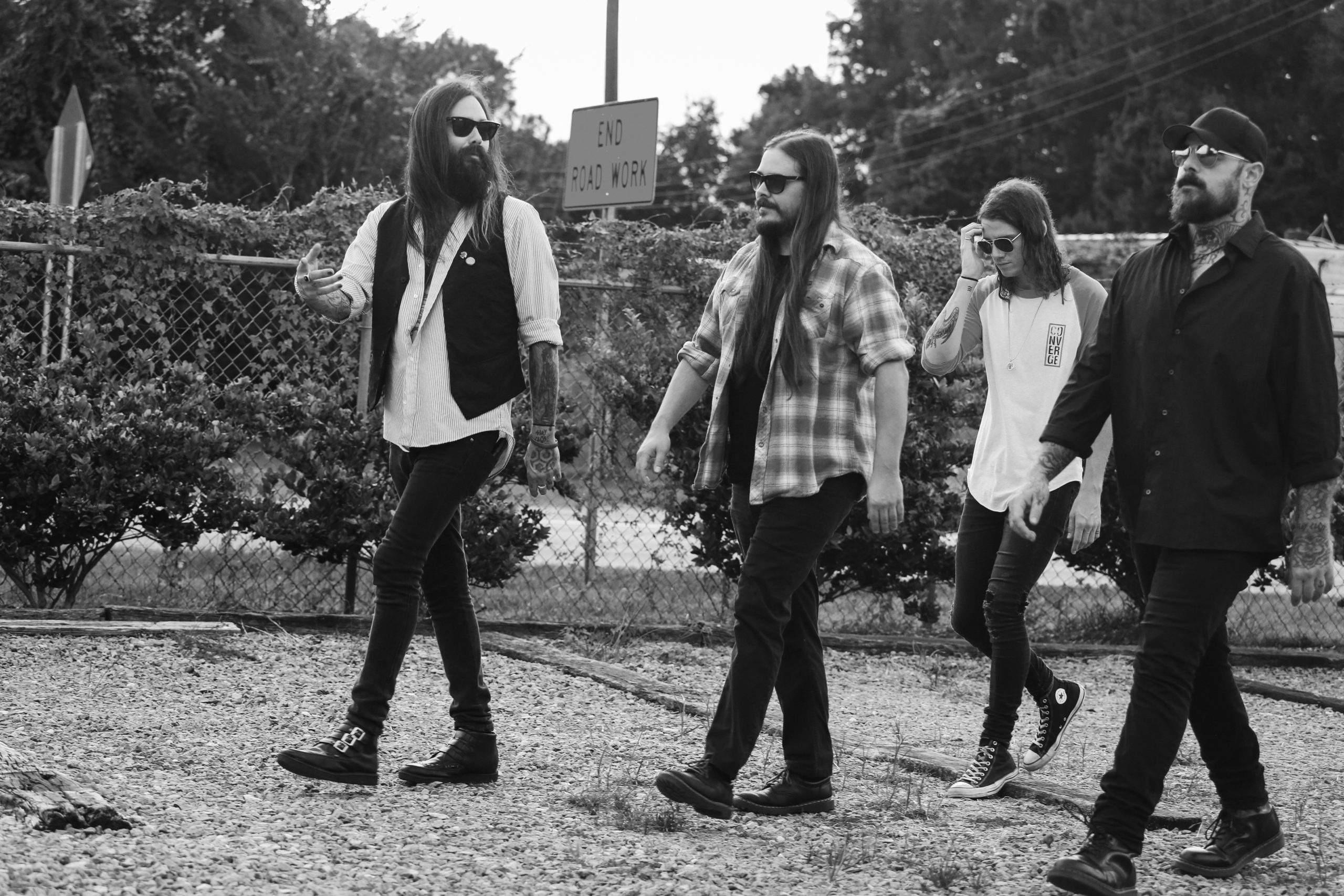 Music is as integral to a relaxing cigar smoking experience as location is. Sometimes chill and slow tunes are ideal for your smoking session, but sometimes one needs something a little more intense to match an equally intense and bold cigar. Meet He is Legend.

These guys make up one of the most underrated bands in the metalcore genre. They have been around for almost 18 years, making solid album after solid album. We caught up with frontman Schuylar Croom, who arguably has one of the coolest names in the industry, and drummer Jesse Shelley at Carolina Rebellion in North Carolina to talk about smoking cigars, still getting nervous before shows, and peeing (purposefully) onstage. 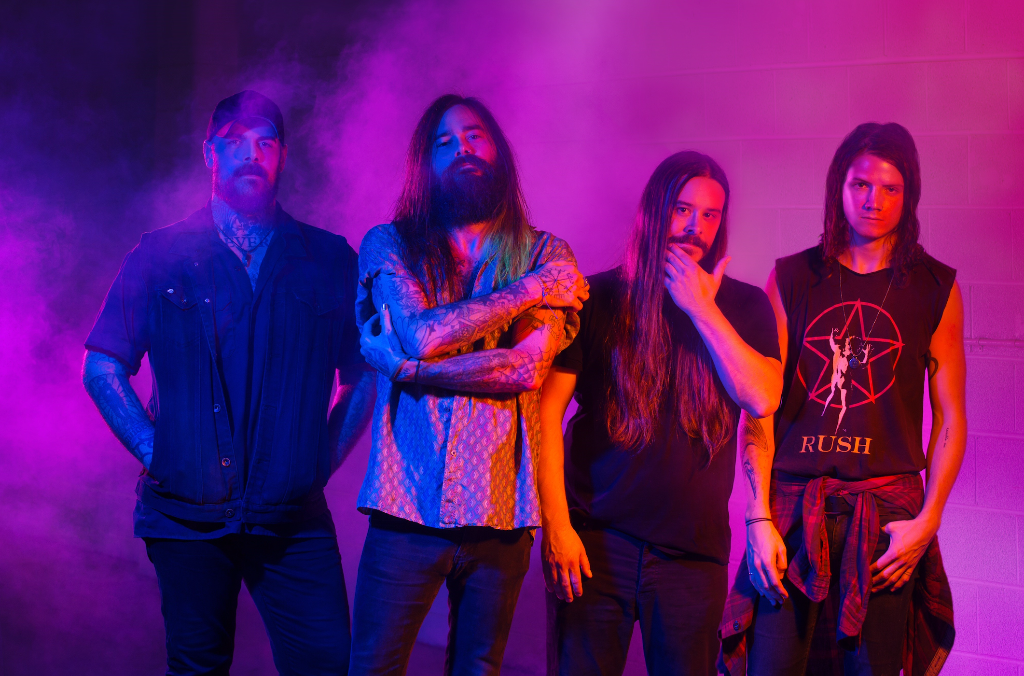 C&L: How did you guys get started?
Croom: We’ve known each other since high school, at least the core of He is Legend—me, Adam [Tanbouz], and Matt [Williams]. We grew up playing together. We put out our first studio album in 2004, and we’ve been He is Legend ever since. We put out a couple more records and then took a hiatus in 2009–2010 and were kind of out of the scene for a minute. Then we put out It Hates You in 2009, and then in 2013 we put out Heavy Fruit. We met Jesse [Shelley] not too long ago after we put out Few, and we’ve been rock ’n’ rolling ever since.

C&L: What brought you guys back together after the hiatus?
Croom: I think there were a lot of things that contributed to it; music was a lot different then than it is now. There was a lot of oversaturation, and the medium was getting really heated. It ebbs and flows. But this would take three hours to talk about our decades worth of time, you know?

C&L: No worries! So, we must ask, do you like cigars?
Croom: I smoke cigars. I couldn’t really name any names, but I’ll buy a Macanudo every now and then. That’s what Kramer smoked on Seinfeld.

C&L: What do you like about smoking cigars?
Croom: A cigar is a good way to chill out, to just sit down and relax. It’s like meditation. You’re there, you’re present, you enjoy it and have a glass of wine, or a glass of bourbon, and just puff a cigar.

C&L: Do either of you have a favorite drink to enjoy after a show?
Shelley: I like drinking beer after we play.
Croom: Cervezas, a good Mexican beer after we play. That’s the way.
Shelley: I can’t drink beer before a show, though, because it blows me up like a big loaf of bread, and I gotta burp the whole time. Water before, beer after.

C&L: Same for you, Schuylar?
Croom: I’m drinking bourbon and sweet tea right now. I tended bar, so I’m not particular about my alcohol, but normally just beer after a show if you just want to hydrate and have something cold as hell. A Corona, Tecate, or even a Modelo Especial. Hey! I’ll go make everyone tacos.

C&L: How do you get yourselves ready before a show?
Shelley: I re-lace my shoes about five times, I pee a lot, and I pace. I’ll think through the part of the set that I tense up at most and think about how relaxed I’ll be when I do it.
Croom: I’ll usually smoke a cigarette and take a little nip of something to take the edge off.

C&L: Do you guys still get nervous after all these years?
Shelley: I was nervous today.
Croom: Oh yeah, me too. Every show is different.
Shelley: I like club shows.
Croom: We’re more of a club band.
Shelley: But there’s something special about days like today. You get to see your friends. You get to make new friends.
Croom: Unlimited coffee all day, all the cookies you can eat, and there’s usually a tray of French fries laying around.
Shelley: Days like today are special because you get to see so many people and you get to play a show. But whenever I play one of these festivals, I always want to go get in a club right away because I want to get more intimate.

C&L: There’s more energy in the smaller shows, right?
Shelley: Absolutely, and for me, I play drums so I’m in the back of the stage anyways. I’m like 40 feet from the front of the crowd, so I can’t really tell if they’re enjoying it or not.
Croom: There’s also air conditioning at smaller shows. You feel the energy a lot more in the club. Outdoors it’s different. During the day things are hot, people are worn out, unless they’re diehard fans, but even then, they’re probably not going to cut loose at a festival show as they would at a club show.
Shelley: It’s the same thing for people coming to big festivals ’cause it’s so different than going to a club show.
Croom: It’s an experience people have been waiting for for a long time. It’s not just about the music.

C&L: What is one of the craziest things you’ve done onstage?
Shelley: Well, we played a show a few days ago with The Used, but I kind of hammed up the end maybe a little too much and pushed my drums all over the stage.
Croom: He Nirvana’d his drum set.
Shelley: It was pretty sick, and in my defense, people thought it was cool, but the staff of the club did not. I spent a few hours the other night just apologizing.
Croom: I kicked over his cymbal, just a tiny little cymbal, after he was done, so I was an accomplice.
Shelley: I wasn’t thinking, and I just rocked too hard.
Croom: He got a talking to. Not from us, though!

C&L: How about you, Schuylar?
Croom: We’ve done some stupid shit. We peed our pants onstage before, completely on purpose, all five of us. This was long, long ago. It was our first time playing two shows back to back at Chain Reaction in California. So, the second night, for our encore, we went offstage and put on gray sweatpants, and we came back on. We each had a gallon of water to ourselves, and we had to finish it before we went back onstage, and we weren’t allowed to pee. Then we just peed for a solid 5 minutes, holding hands in a line, laughing all the way. Different times then, we were young men; that was probably a decade ago. But the venue didn’t give a shit.

C&L: I was going to ask: What is your favorite venue?
Croom: White Oak Music Hall in Texas is probably the coolest place in America, in my opinion. Very European. They take care of you. The dressing rooms are dope, everything’s dope.
Shelley: There’s so many good ones. But I can tell you, there are a lot of bad ones too. A lot of bad ones.

C&L: What’s one of the worst?
Croom: Ehh, I don’t know if I should answer that. I mean, I know one. I’m thinking of one right now.

[We go off the record, and they describe a place that they say felt like a hockey game concession stand, with a kitchen as a green room, complete with fryers.]

C&L: Back on the record, you’ve toured all over the world. What’s one of your favorite places to go?
Shelley: Australia.
Croom: Germany is super sick. Denmark is a really cool place. Australia is amazing, expensive, but the people are amazing, and the babes are …
Shelley: … Tan. Everybody is tan, and everybody skateboards.

C&L: Do you guys skateboard?
Croom: No. I’m not good on two feet. I can barely handle my shoes.

C&L: Is there a place you want to play that you haven’t played yet?
Shelley: Japan.
Croom: And South America for sure. Like Brazil or Rio.

C&L: No way! You guys haven’t played South America yet?
Shelley: I had a tour booked in South America, but then the Zika virus broke out.
Croom: We haven’t been to Mexico yet either. But fingers crossed we’re on ShipRocked this year, though. ShipRocked is amazing. We played it last year and it was so sick—one of the coolest things we’ve ever done.

C&L: Just hanging out in the sun playing music on a ship. Can’t get much better than that.
Croom: Yeah, man. Your magazine should be all over that! It’s a good hang. It’s really awesome.

For more info on their newest album, White Bat,, and tours, visit heislegendnc.com. 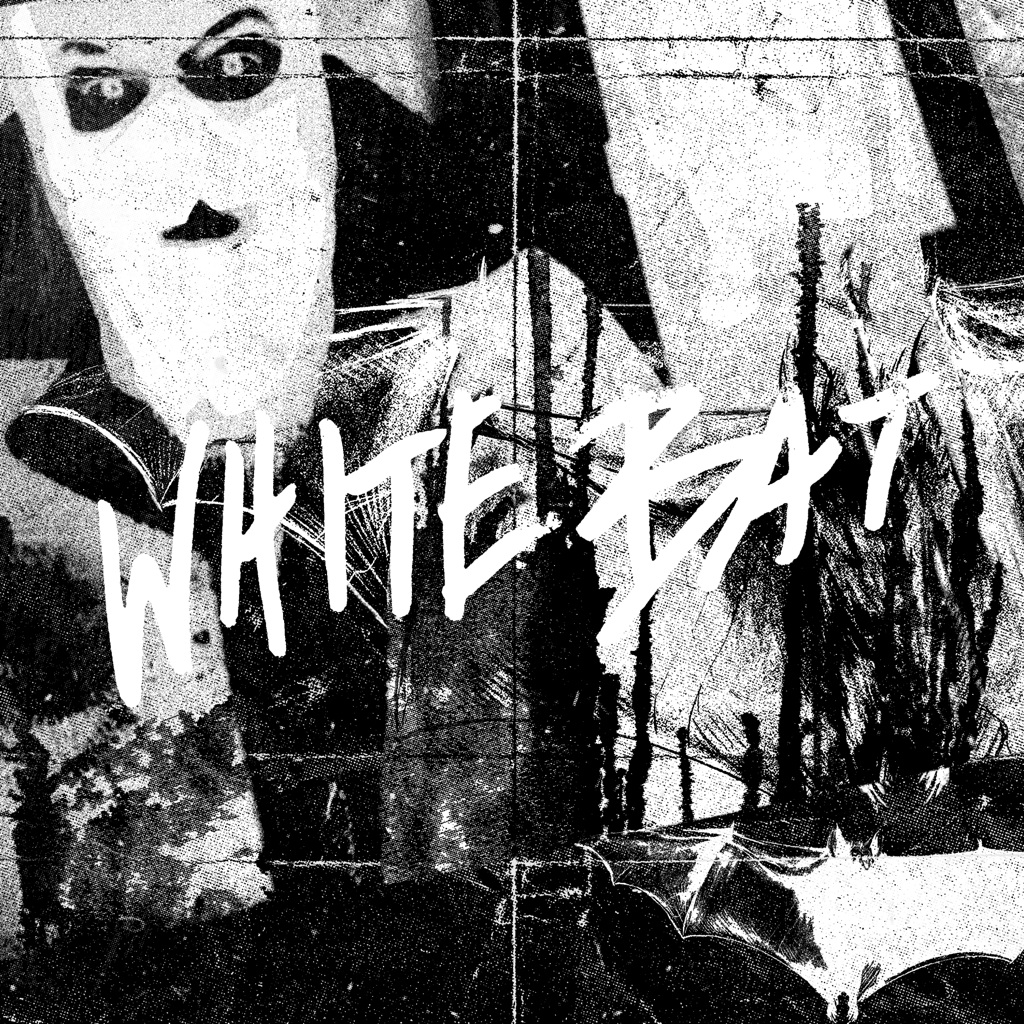 For more music, check out our interviews with Greta Van Fleet, Seether, and Memphis May Fire.