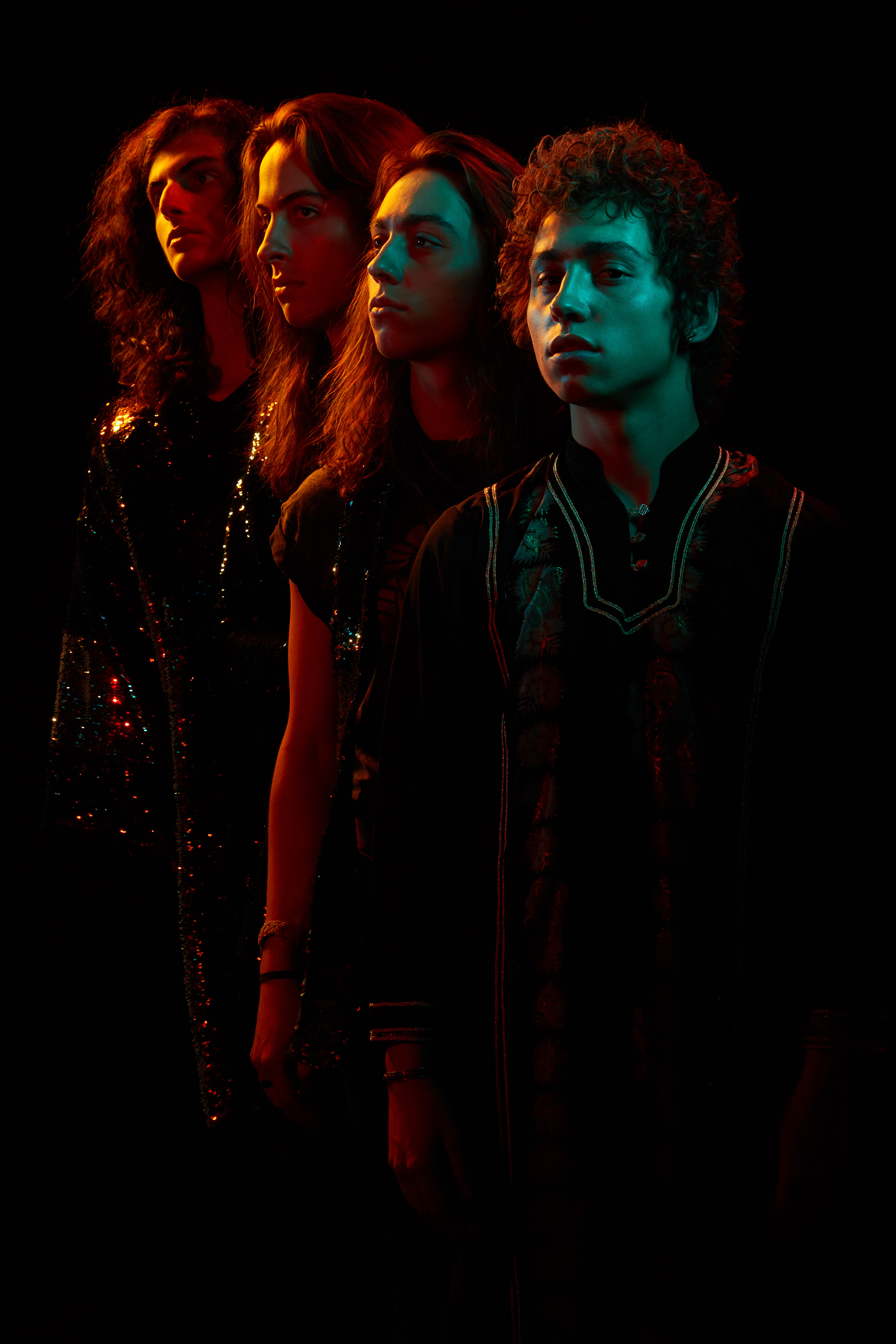 “I have seen and heard the saviors of rock ’n’ roll, and it’s Greta Van Fleet.” –NY Daily News

It’s a balmy day in May, the sun is scorching down on 20,000-plus fans as they await the arrival of Greta Van Fleet to the stage at the heavy metal festival Carolina Rebellion. This is a festival that prides itself on hardcore music and mosh pits, yet, from the second Greta Van Fleet hits the stage, they have the screaming audience in the palms of their hands using good, old-fashioned rock’ n’ roll. As I watched them work the stage, I couldn’t help thinking that I was witnessing this generation’s Queen or Led Zeppelin. They are that good.

Greta Van Fleet hails from the tiny hamlet of Frankenmuth, Michigan, which is also home to the world’s largest Christmas store. This author also calls Michigan home, so I had heard the band’s name floating around quite often over the last few years as they climbed in local popularity. Last year, I suddenly started seeing their name not just in local newspapers but in the likes of Rolling Stone, Loudwire, and Entertainment Weekly. These local boys had hit the big time—and fast.

I honestly didn’t think much of it, other than having pride for the hometown boys, until I finally got around to listening to their double EP, From the Fires. I was blown away. The album is electric; it has energy unlike anything I’ve felt in quite some time.

Magazines are comparing them to Led Zeppelin, and they are being called the saviors of rock. I quickly realized, especially after watching their live set, that this hype they’re receiving is every bit deserved.

Greta Van Fleet is made up of three brothers: Josh Kiszka (vocals), Jake Kiszka (guitar), and Sam Kiszka (bass/keys), along with longtime family friend Danny Wagner (drums). These guys aren’t seasoned veterans—they’re all but kids (aged 19–22) with the talent of rockers well beyond their years.

“I started playing guitar when I was three,” Jake Kiszka told me only an hour after playing their set, the energy still pouring off him. “I started learning some from my dad. We were a music family, but it wasn’t just music; it was film and literature, too. Sam started at 13 and Josh, he was always singing, from the womb really.”

Jake, whose influences include Jimi Hendrix, Elmore James, Pete Townsend, and Woody Guthrie, says his father had a challenging way of teaching him to play guitar. Jake started with a cheap plastic guitar, but when he outgrew it, Jake asked his father for a nicer one. His dad agreed, but first Jake would have to learn Bob Seger’s “Night Moves” and Jimi Hendrix’s “Wild Thing.” Then, and only then, could Jake get a better guitar. He, of course, learned the songs and was rewarded with a red Fender Squire. Every time Jake wanted a nicer guitar, he would have to learn harder songs.

Who could’ve foreseen that only a little over a decade after learning Bob Seger’s songs Jake would find himself opening for Seger in Seger’s hometown of Saginaw, Michigan?

“That was such an incredible moment,” Jake says. “Especially because growing up in Michigan we would hear Bob Seger on the rock stations all the time, and he had an enormous influence on us. I remember we got on the stage and it was pitch-black, and I look back and I see Danny Wagner on the drums, and his hands are just shaking. I’d never seen him like that before. Then the lights went up and everyone went wild, but I was nervous, man, nervous as hell.” 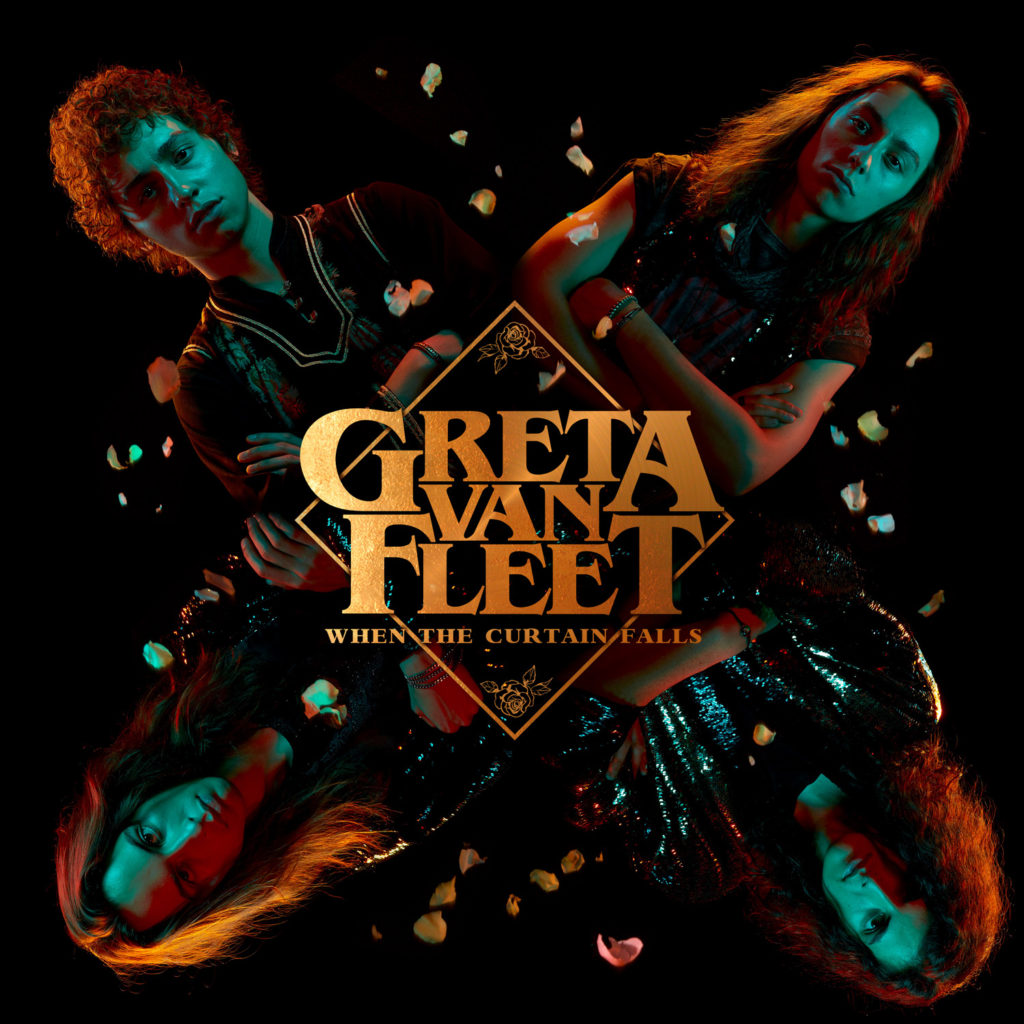 It isn’t just Seger they’ve opened for. A few months ago, the members of Greta Van Fleet found themselves as the opening act for Sir Elton John himself. Jake remembers he was sick to his stomach before opening for Elton.

“I was like, ‘Oh my god, how am I going to do this?’ Jake says. “But he was so welcoming and such a genuine, humble, and kind guy that he made us feel entirely welcome.”

Greta Van Fleet’s debut single, “Highway Tune,” was released in March 2017 and quickly climbed to the No. 1 spot on U.S. Rock Radio, staying there for five consecutive weeks. It has amassed over 22 million YouTube views for the companion video. Their follow-up single, “Safari Song,” also went straight to No. 1, with Rolling Stone soon after labeling them as one of “10 New Artists You Need to Know.” Equally impressive is Entertainment Weekly labeling them as one of “8 Artists Who Will Rule 2018.” And rule they have, touring the country with sold-out shows and even taking the main stage at Lollapalooza.

In late July, the band released a new single, “When the Curtain Falls,” which instantly rocketed to over 8 million views and earned them a guest spot on The Tonight Show Starring Jimmy Fallon. After their performance, Fallon exclaimed, “Oh! Oh, my goodness. Oh! Thank you so much! Oh! Awesome!”

Greta Van Fleet aims to use their music to spread “peace, love, and unity,” and to have people walk out of their live shows feeling “invigorated, energized, exhilarated, and to take that feeling out into the world.”

With all the band’s newfound fame, and despite being recognized on the street more frequently (which Jake says he doesn’t mind at all), he says the fame hasn’t really set in yet and that he and his fellow band members are just embracing the craziness.

“[Our managers] are always asking, ‘Is this OK for you guys?’ And we’re like, ‘Yeah, we want it all,’” Jake says. “It’s easy to rationalize how quickly things have progressed because we’re in the center. It’s like a storm, and we’re in the middle of it and we’re all calm.”

For more info on their upcoming album, Anthem of The Peaceful Army, and current world tour dates, visit gretavanfleet.com.

Check out our review of their Anthem of The Peaceful Army tour.

Sam Kiszka
Role: Bass
Sam Kiszka is self-taught, starting when he was 13. His father played bass, so he supplied hands-on tutoring, and Sam spent a lot of time learning from YouTube. His all-time favorite composer is Bach, who he cites for being “an amazing bass player with melodies second to none.” Sam gets bored easily, and when he does, he picks up a new instrument to learn. In addition to bass, he is self-taught on guitar, drums, mandolin, keyboards, Hammond M103 organ, harmonica, ukulele, and a little saxophone.

Josh Kiszka
Role: Singer
Being a singer in a rock’n’roll band was the last thing that Josh ever thought he’d be. He studied theatre in school and was involved in local community musical theatre. He primarily considers himself a writer, someone who loves to tell stories, which answers his being the band’s lyricist. He writes, shoots, and directs videos, and loves editing them as well. He certainly enjoys singing in Greta Van Fleet, but he’s got one foot firmly in the theatre.

Danny Wagner
Role: Drummer
As a kid, Danny took guitar lessons and also learned to play piano, mandolin, ukulele, French horn, and trumpet. Drumming didn’t come along until his cousin moved out of town and couldn’t take his drum set, so Danny claimed it. Like Sam and many other self-taught musicians, Danny learned from YouTube, analyzing the chops of his favorite musicians (Buddy Rich and John Bonham were big influences).

From the Fires Review

If by now you haven’t heard of the four-piece rock band, Greta Van Fleet, I’d first like to ask what it’s like living completely off the grid, and second, I’d like to welcome you to the meteoric rise that is one of the most impressive rock bands of a young generation.

When From The Fires starts to play, you can’t help but think that you’ve heard this before. It sounds familiar, like something you vaguely remember from the early 70s when you used to ride around in your friend’s Ford Pinto. However, you’d probably be surprised to find out that these songs were written and recorded by a group of guys no older than 22. It’s refreshing to hear music like this, which vastly differs from the polished top 40 pop tracks produced by other members of their generation. Song after song is just pure momentum, pushed by the crunchy sounds of Jake’s impeccable guitar work and led by Josh’s screaming high vocals. From The Fires has songs that will make you want to jump up and dance to the beat and songs that will make you want to sit back and chill to take in the atmosphere of the music.

If you’ve already listened to this album and liked what you heard, make sure to check out their newly released single “When The Curtain Falls” from their upcoming debut album, Anthem of The Peaceful Army due on October 19. The buzz and anticipation surrounding this album is at an all-time high as fans patiently wait to see how Greta Van Fleet follows up on their ever-growing success. Check out our review of their new album!

What’s in a name?

According to an interview with Josh Kiszka in The Huffington Post, the band took its name from a longtime resident of Frankenmuth, Gretna Van Fleet, who used to be a drummer in a polka band. Gretna has given her blessing to the band, and she has since attended a few shows, most recently at a double-header they played in Detroit.

How do you like to relax after playing a show?
We’ll usually go back right to our trailer and hang out. We have these chairs we can pop back and just sit there and smoke a cigar (laughs), maybe sip on some Jack Daniels. Jack Daniels on the rocks is definitely my favorite drink. But that’s a great way to decompress after a show; just relax and chill. There’s a 30 minute window after the show, though, where you just go like, “Whew,” and then you can come down. If we come off the stage and don’t decompress, its really dangerous cause your energy is just crazy.

Who would you love to share the stage with or open for?
U2. They’re amazing, man.

Where’s a place you want to travel to that you haven’t gotten to yet?
New Zealand and Australia. We have plans to tour Australia, and I’m really looking forward to that because I’ve always wanted to go. I may never leave.

Be sure to visit greatvanfleet.com to pre-order Anthem of the Peaceful Army, releasing October 19! Check out our review here! 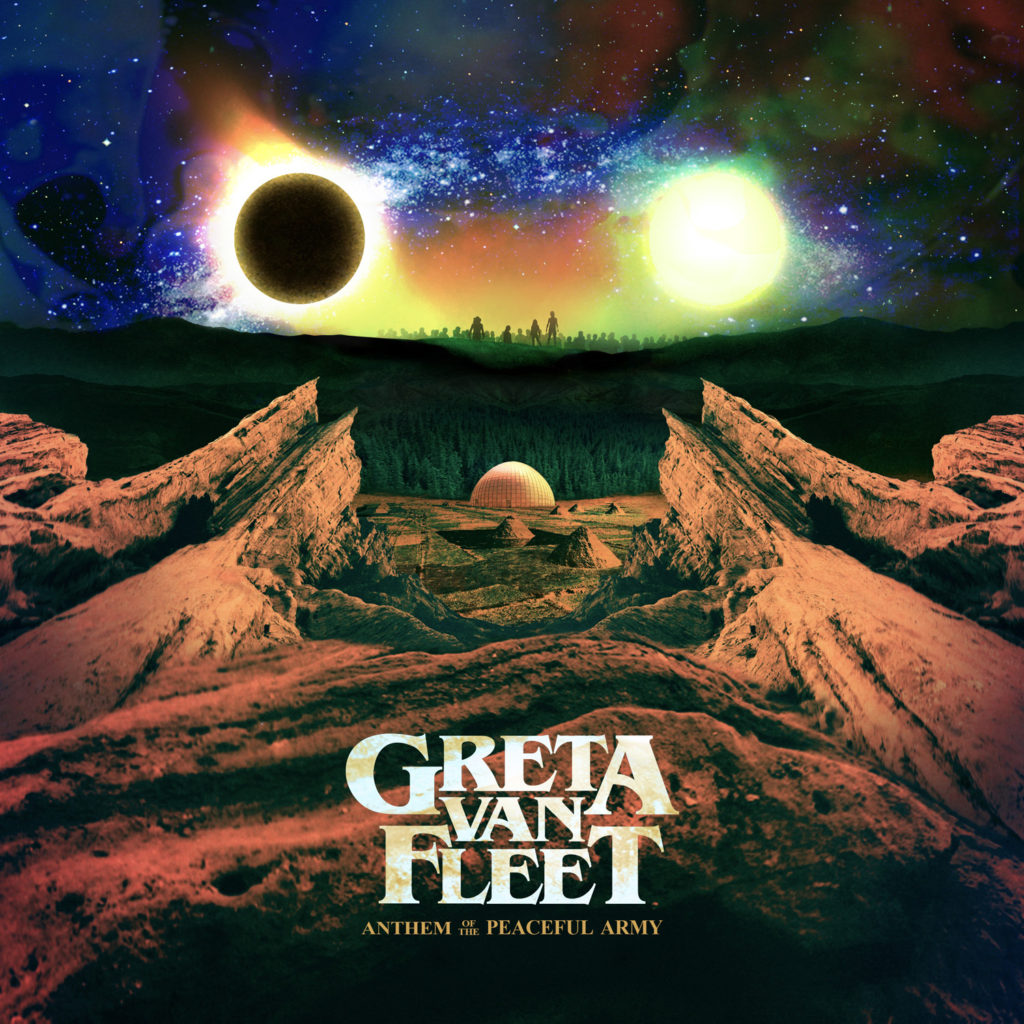 For more music, check out our interviews with Seether, Josh Todd and the Conflict, and John Rich!

All the Info You Need on Epicenter Festival