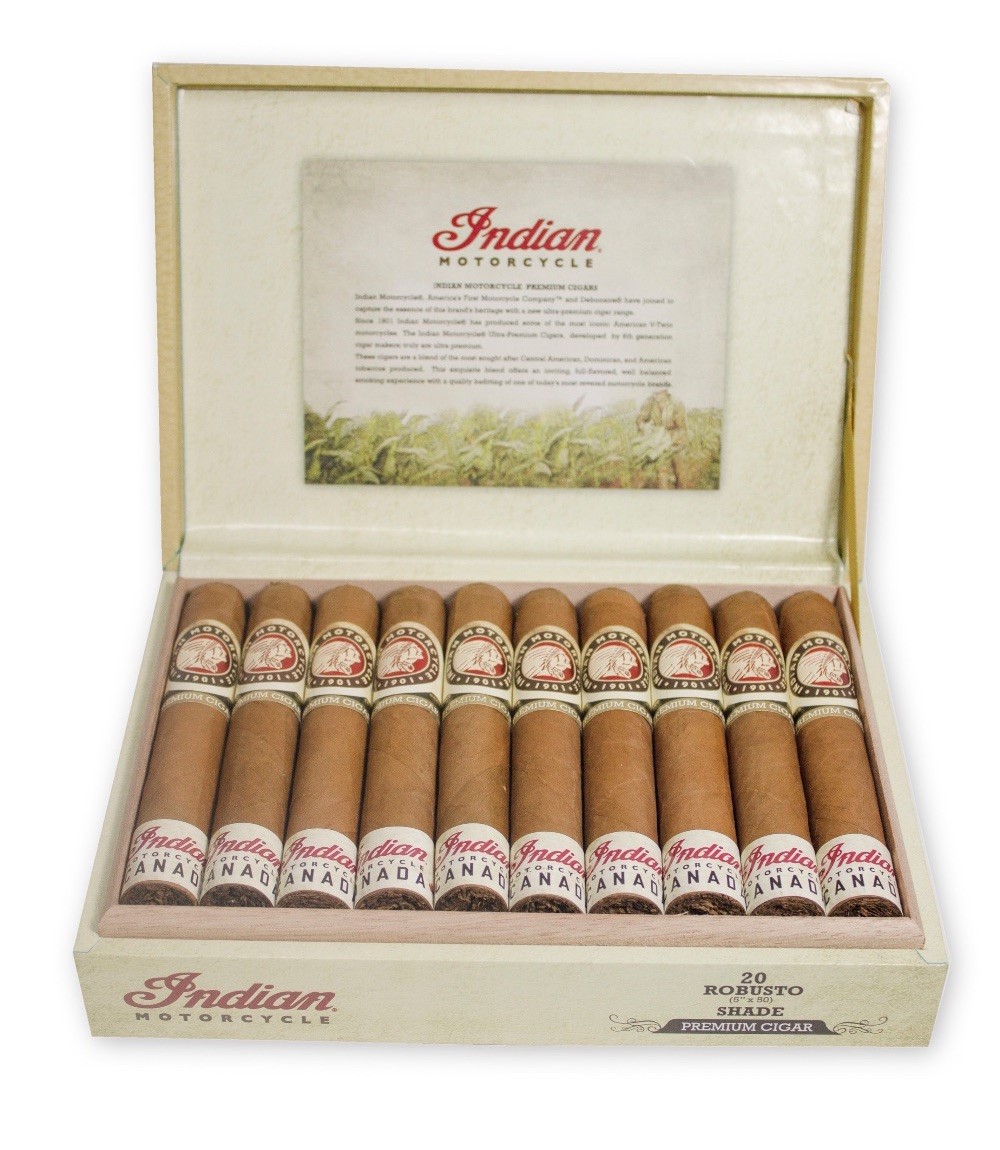 Re-introduced into the premium cigar market in 2015, Indian Motorcycle Cigars is a licensed product between Debonaire House and Indian Motorcycle / Polaris. The core line of Indian Motorcycle Cigars has been extended and packaged in a 20-count box boasting a lighter leather top than its counterparts. Also, each cigar will be adorned with a Canada foot-ring. The sizes offered during the period of Canadian exclusivity through Brigham 1906 will be:

“Firstly, this is a super exciting project with Brigham, a great company filled with great people,” says Philip S. Zanghi III, founder of Debonaire House. “I’ve known Dan and team for what seems like 20 years or so, once we began distribution in Canada we all felt the fit was perfect right away: Indian 1901 with Brigham 1906; Connecticut Shade was a no-brainer for Canada’s favorite motorcycle company! I am excited to visit with and enjoy this great cigar with the fine retailers and consumers of such a fine outfit in Canada when we launch in May.”

Many of Brigham’s Canadian retailers have already signed on to host the new cigar in their footprints launching in May.

Check out our review of the cigar here.

For more, check out our tour of De Los Reyes Cigars, where Debonaire and Indian Motorcycle Cigars are made.