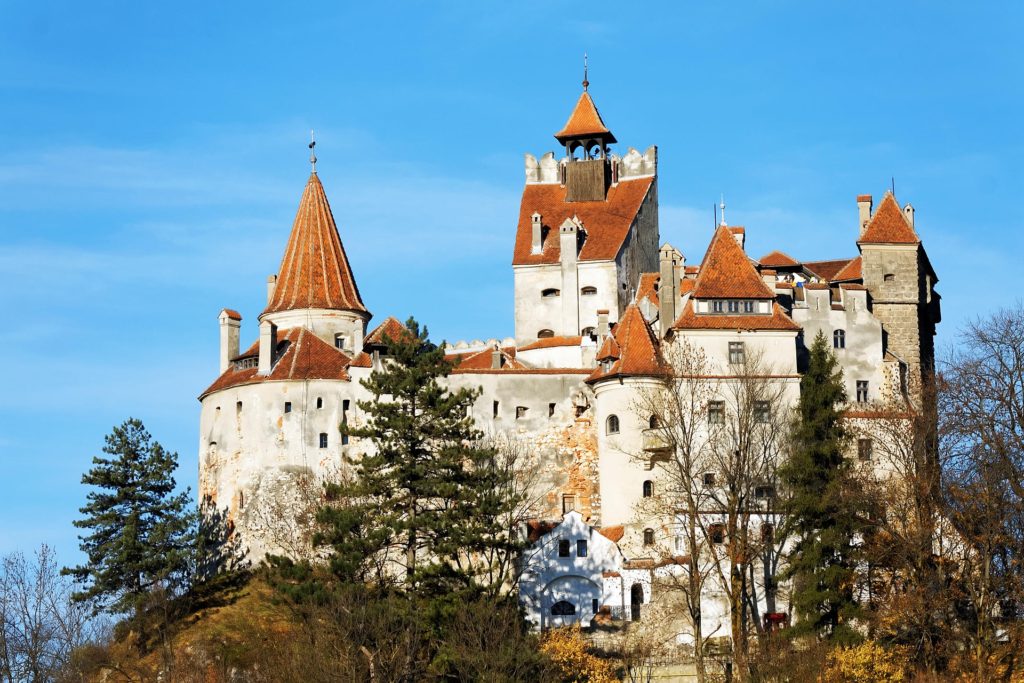 Deep in the heart of the Transylvanian forests there sits a castle with a dark history. Its blood-red spires suggest a peek into the castle’s sordid past and rise high above the treetops. This is Bran Castle in Romania, or, as it’s more commonly known, Dracula’s Castle.

I was enormously excited to visit Bran Castle, as I have always been an avid follower of all things vampire and a huge fan of Bram Stoker’s Dracula. This was where the legend began, right? Well, not so much, but more on that later. 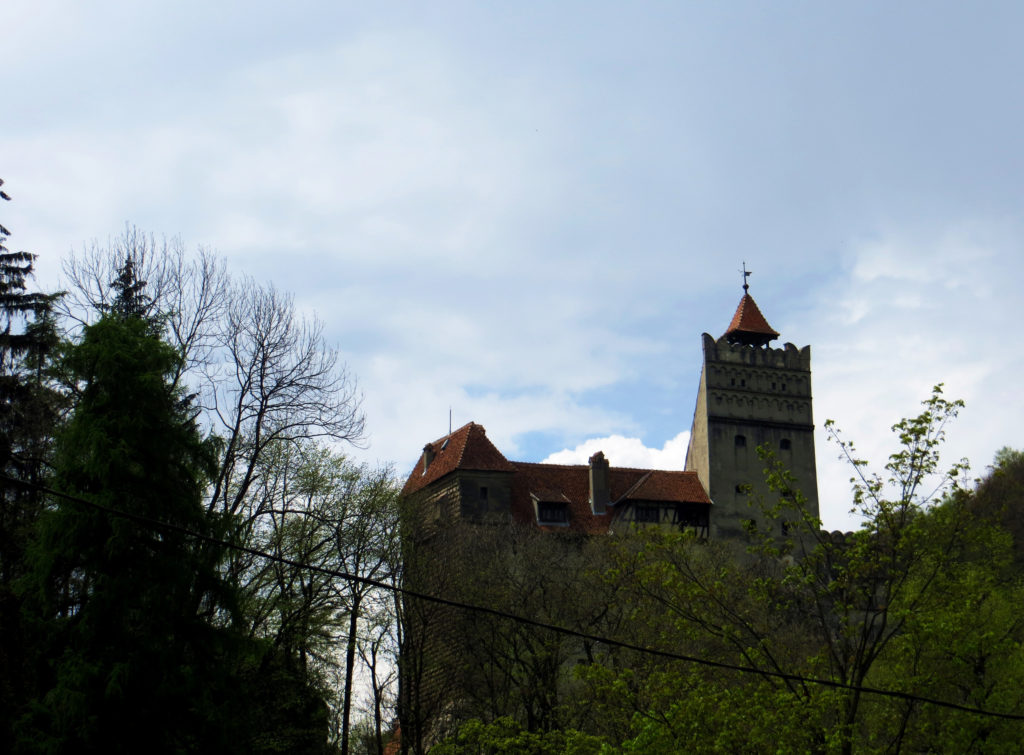 I had taken a short bus ride from the gorgeous city of Brașov to Bran Castle, and as I exited the bus I got my first view of the castle. It was certainly impressive, surrounded by the snow-capped Carpathian Mountains, and as I walked closer I instantly felt as if I’d been transported to another world. Here I was, walking in the footsteps of Dracula through the forests of Transylvania, up to the stoop of his front door.

Suddenly, a little Dracula hand puppet was shoved in my face. “I want to drink your blood,” a young Romanian said to me in a god-awful Dracula accent.

“Just 20 lei,” the kid said. I politely shook my head no, snapped out of my daydreams, and got a good look at the sprawling marketplace that sits in the shadows of the castle. It is a tourist trap, and I wasn’t at all surprised. There are Dracula magnets, stationery sets, posters, DVDs, pens, costumes, and even those green plastic fangs. I couldn’t walk two steps without someone asking me if I wanted Dracula underwear or a Dracula castle playset. 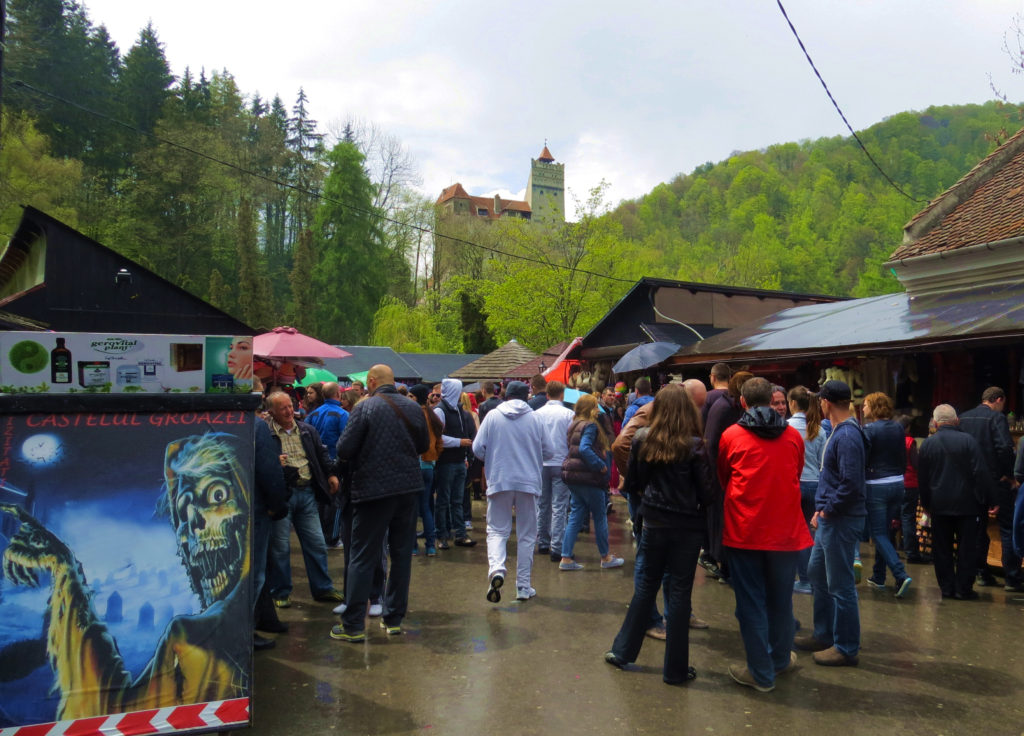 I could’ve been upset about this, but then again, when there’s a buck (or a Romanian leu) to be made, who am I to judge? And yes, I did buy some souvenirs.

The shocking thing, I later found out, is that the castle doesn’t even have any verifiable ties to Stoker’s novel. What the locals will tell you, though, is that Stoker based Dracula’s castle off descriptions told to him about Bran Castle. He never even visited Romania. 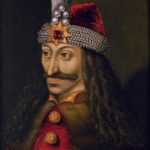 Vlad Țepeș, however—better known as Vlad the Impaler, whom Dracula is allegedly based on—does have ties to Bran Castle. Vlad had several customs houses, which still exist today on the castle grounds, at which taxes were collected. Vlad was later imprisoned by the Hungarians in Bran Castle for two months in 1462. But he never lived in the castle or turned into a bat and flew from its ramparts to go suck his victims’ blood.

A local Romanian told me that it was only within the last century that the villages surrounding Bran stopped believing in evil spirits they called “strigoi.” These were believed to be people who lived normally during the day, but whose souls left their bodies at night and tormented people. Sounds an awful lot like the Dracula legend to me.

The history of Bran Castle can be traced back to 1211. In the centuries since it was built, many a battle was fought here, and whether Vlad, who famously impaled his enemies, did any of that on these grounds is up for debate. But that doesn’t negate that nefarious deeds had at one point ensued inside these walls. Its presence can be felt like a dark power when roaming the dimly lit halls. 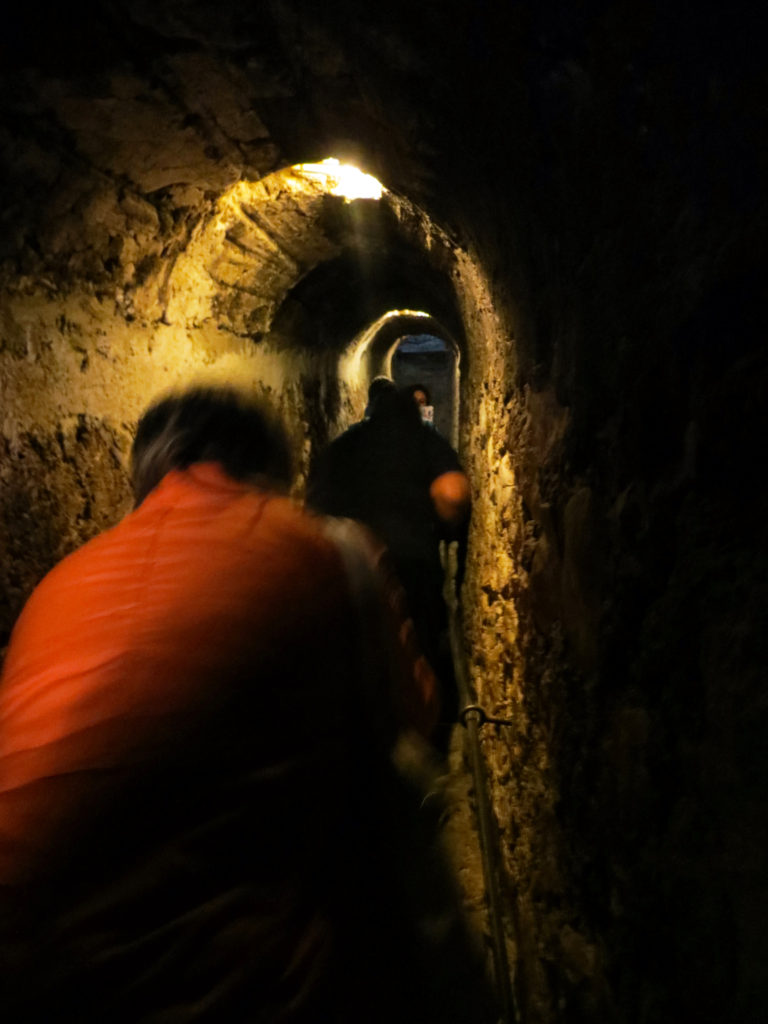 In 1920 the castle was given to Queen Marie of Romania and became a summer residence of the royal family. Thus, a large part of it is now a museum containing articles belonging to Queen Marie. You can explore the entirety of the castle—from its narrow, claustrophobia-inducing stairwells to the towering parapets overlooking the courtyard.

Despite the rampant tourism spreading at its base, Bran Castle is a must-see for any fans of Dracula, even though the historical accuracy of Vlad’s presence is sketchy at best.

About 20 miles from Bran Castle is the positively charming city of Brașov. I have been to many cities in Europe, but this one is my favorite. The Renaissance architecture looks particularly magnificent when backdropped by the Carpathian Mountains. Just as Bran Castle is like stepping into the Dracula novel, Brașov is like stepping into a medieval village or an episode of Game of Thrones. There is plenty to see and do here, especially if you’re a history nut. Here are some of my must-see landmarks: 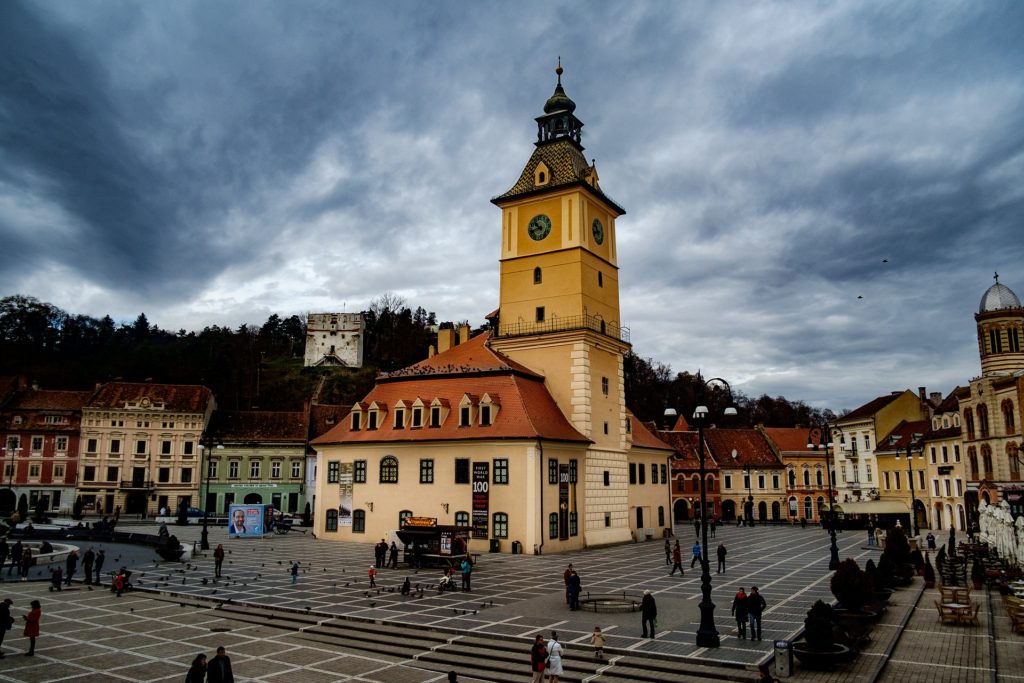 This is said to be the legendary spot where the Pied Piper led the children of Hamlin. It’s also the heart of Brașov and is surrounded by red-roofed houses, shops, and restaurants. If you don’t know where to start off your Brașov adventure, then come here first. It’s the perfect spot to meet new friends and find a delicious eatery or pub as you plan out your day. 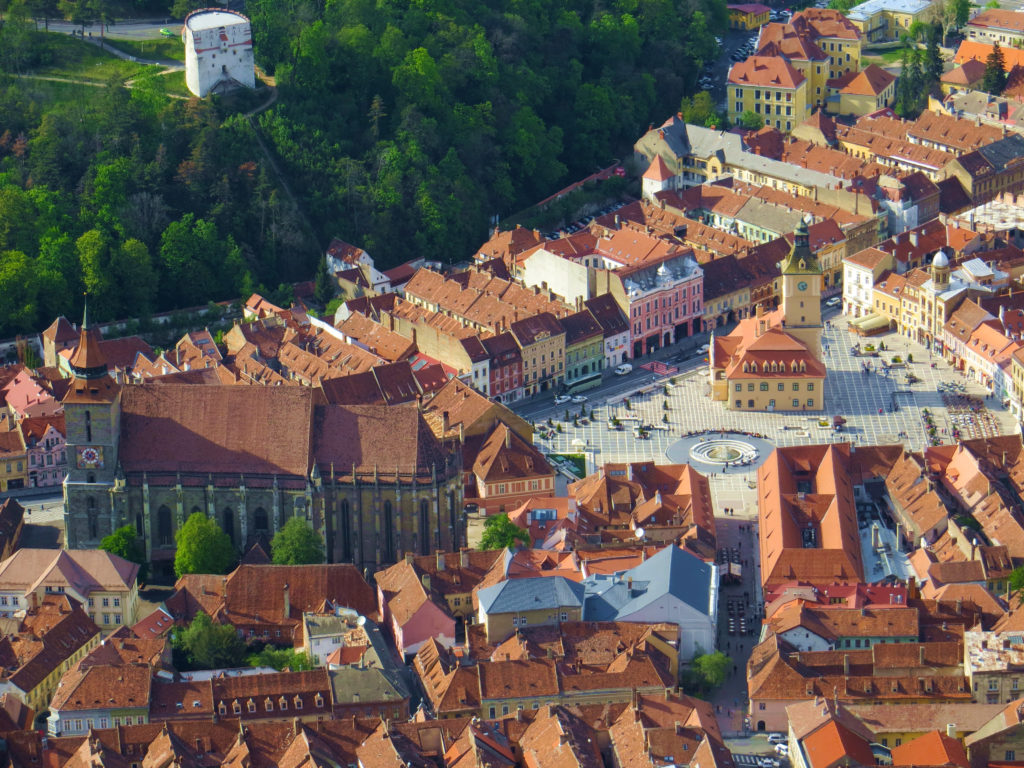 This Gothic church, built sometime around 1385, towers over Council Square and Brașov itself, which makes it incredibly hard to miss. The church got its nickname when a fire in 1689 burned most of Brașov and blackened the walls of the church. It took almost 100 years to restore it. One of the coolest experiences here during the summer months is listening to a concert played on a massive 4,000-pipe organ, dating from 1839. Additionally, the church boasts a collection of Turkish rugs from the 17th and 18th centuries, the largest collection in Europe. 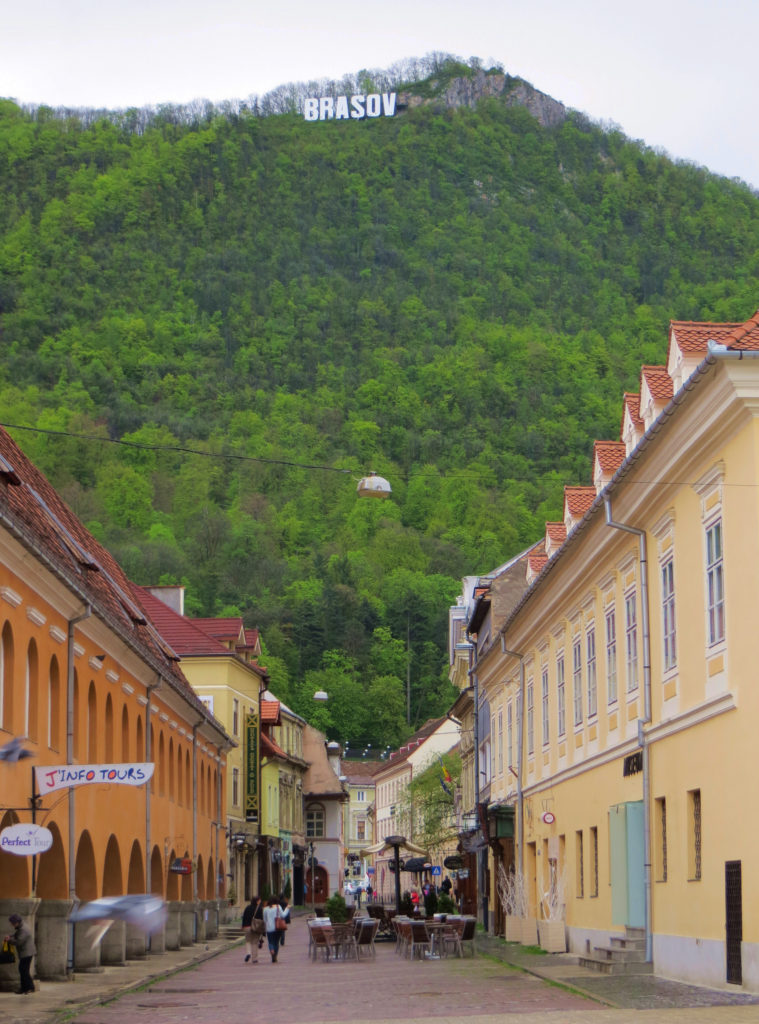 Want to see a bird’s-eye view of Brașov? From anywhere in the city, look up into the mountains for the Brașov sign (much like the Hollywood sign), and then head toward it. You’ll eventually find nature trails that lead you up a very steep path to the sign at the top of Mount Tâmpa. If you can’t find the path, simply ask a local; they’re more than willing to help. I can’t overstate how steep and strenuous this hour-long hike is. You will be checking your pulse by the time you reach the top. 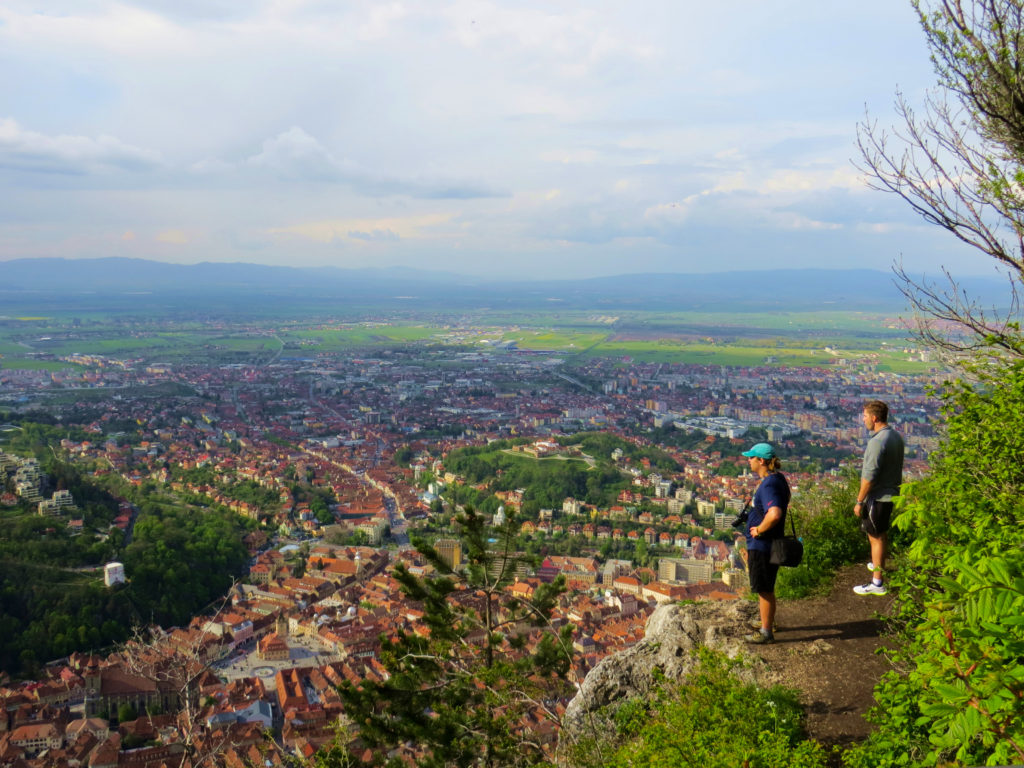 Just like Bran Castle, the beauty of this spot is marred with blood. This is where Vlad the Impaler destroyed a citadel in 1458 and the spot from which he subsequently attacked Brașov. He also impaled 40 men on the top of this mountain. But aside from knowing about all that bloodshed in the past, the view will take your breath away. Magnificent doesn’t even begin to describe it. Just make sure you don’t have anything scheduled for the rest of your day because you will be wanting to take a long nap by the time you get back to town.

Side note: There is a cable car you can take to the top of mount Tâmpa, but where’s the adventure in that?

There are plenty of cheap and very well-maintained hostels to stay at in Brașov. I picked one named Centrum House Hostel. I paid only $10 a night, though prices may have gone up since I was there in 2015. This is Brașov’s largest hostel, with 75 beds and a spacious bar and lounge where you can meet fellow travelers. They even have free continental breakfast and free beer during their many events. You can’t really pick a bad hostel, though. I was also told this is one of the friendliest and cleanest cities in Eastern Europe. I can confirm that this is completely true. 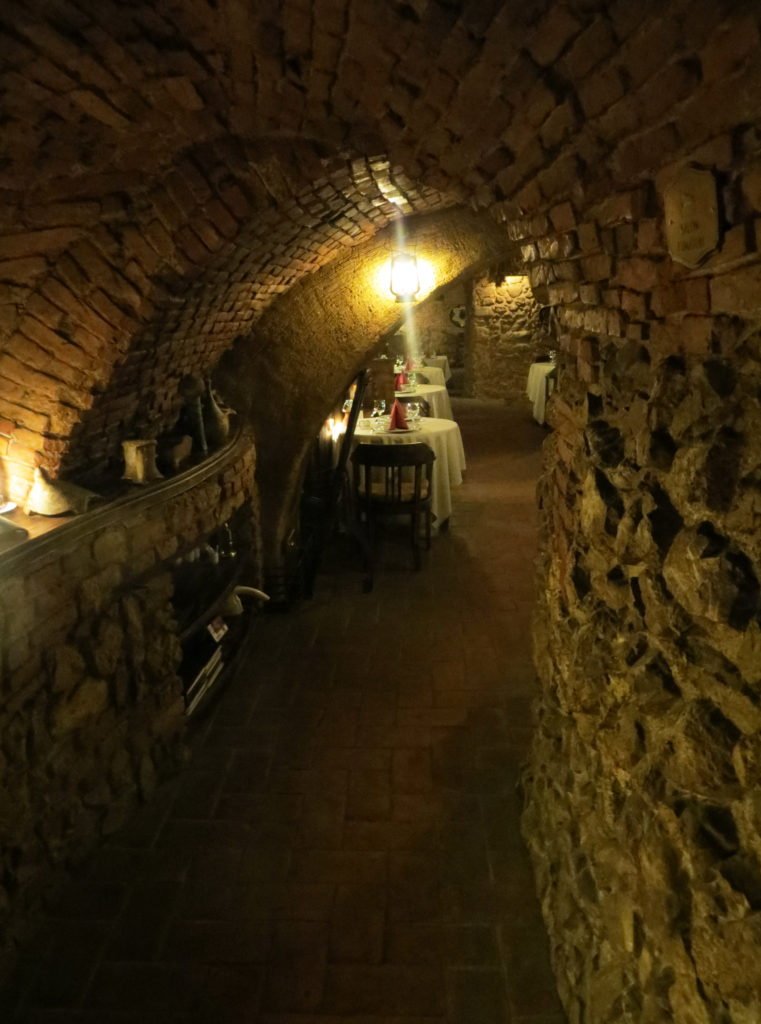 Every restaurant I tried was a culinary delight; so again, you really can’t go wrong. One of my favorites was Albert Bistro. The medieval atmosphere, dim lighting, decorations, and stone walls make you feel like you’re sitting deep in a castle. I tried a fillet steak, and it was cooked to perfection. It was one of the juiciest steaks I’ve ever had the privilege to try. I also highly recommend Bistro Stradivari, mostly for its ambience, but the food is also delicious.

Wi-Fi: Romania has one of the most reliable internet connections in the world according to Akamai, a company responsible for 15 percent to 30 percent of all web traffic. They rank fourth in the world for average peak connection speed, while the U.S. comes in 22nd. Wi-Fi is available for free in many public areas, and it’s, of course, very fast.

Make friends: Romanians are incredibly friendly, and they’re proud of their country and willing to show it off. Make friends and they’ll show you local delights and otherwise hidden attractions you would never find with a tour group.

For more on the history of Bran Castle, visit bran-castle.com. 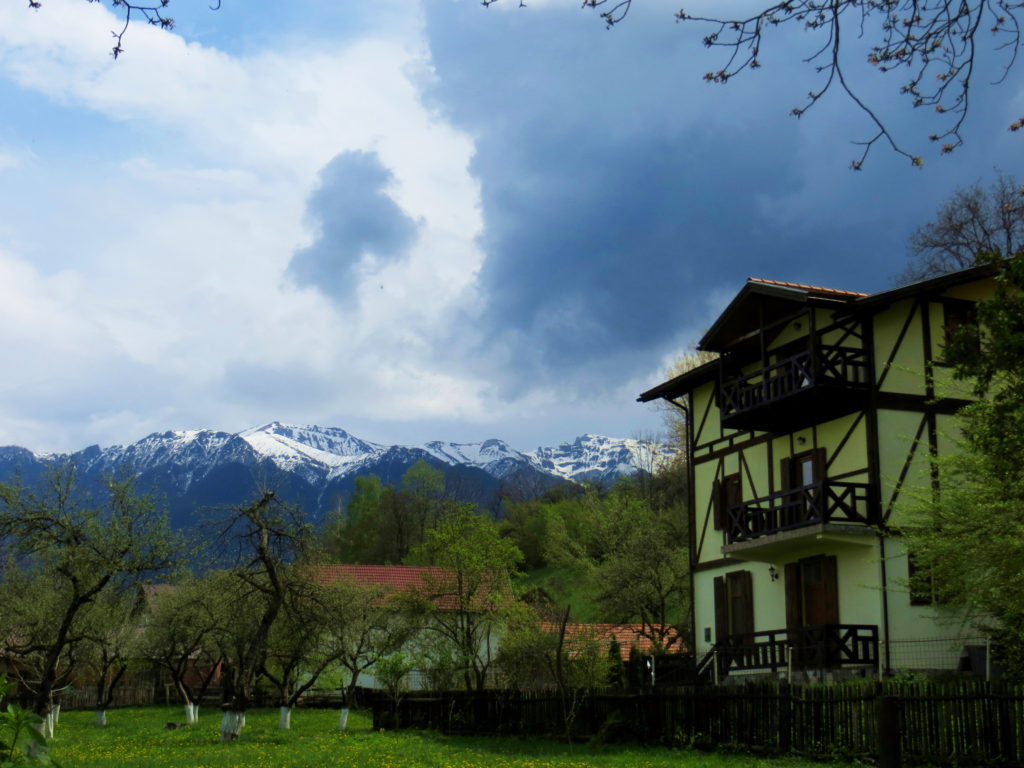 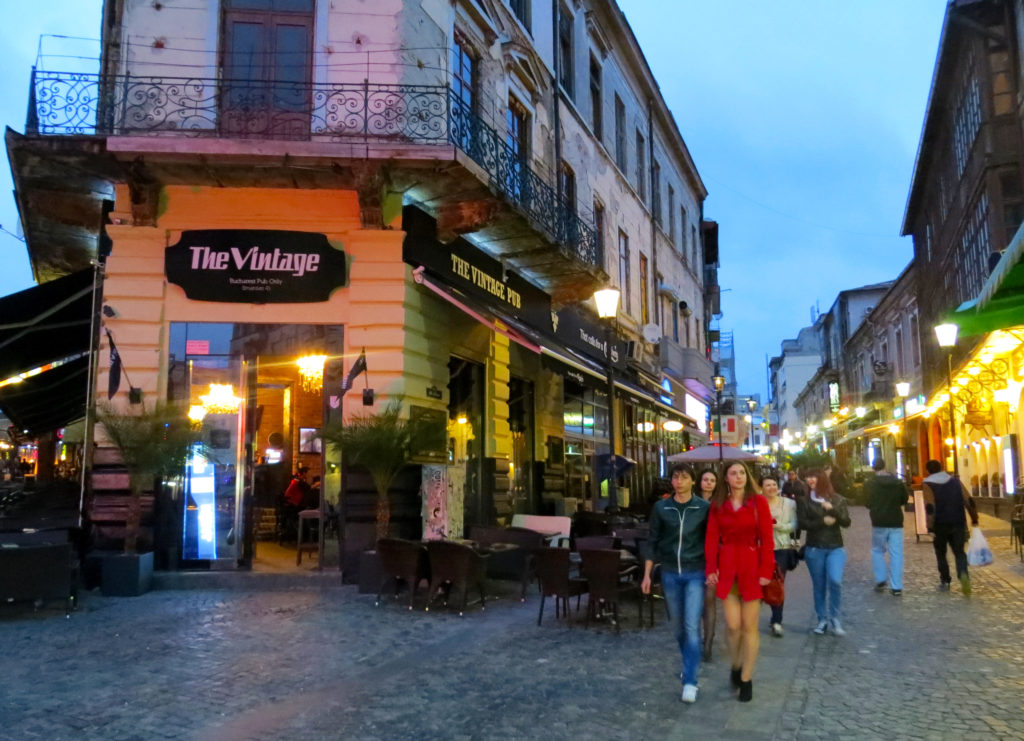 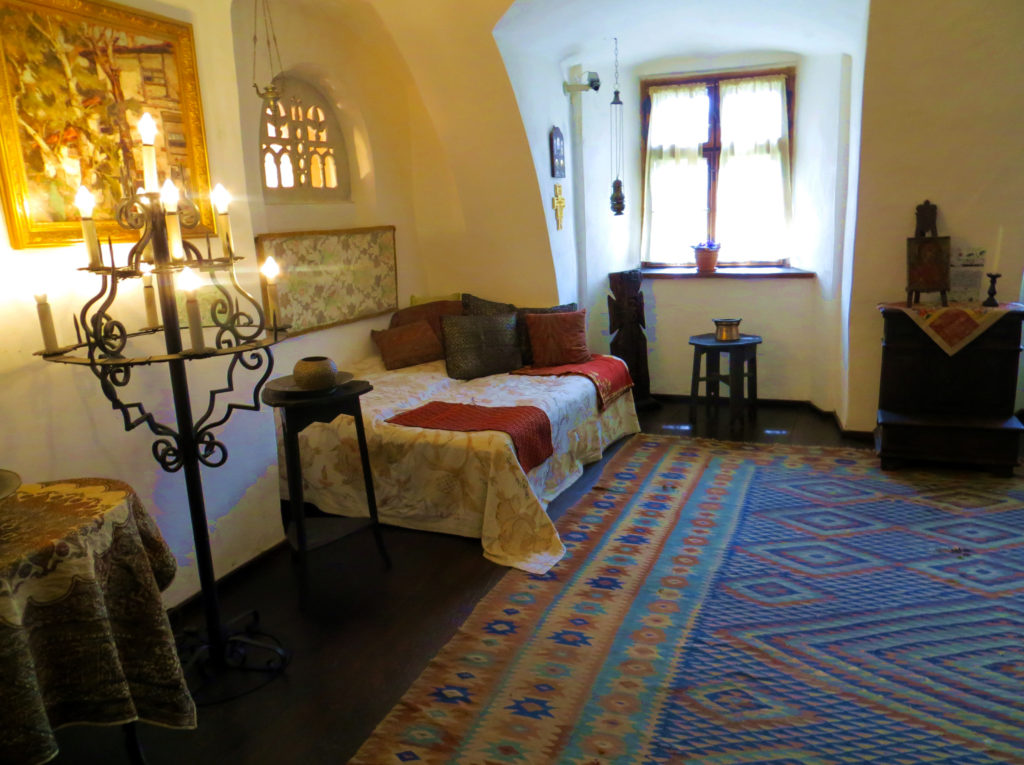 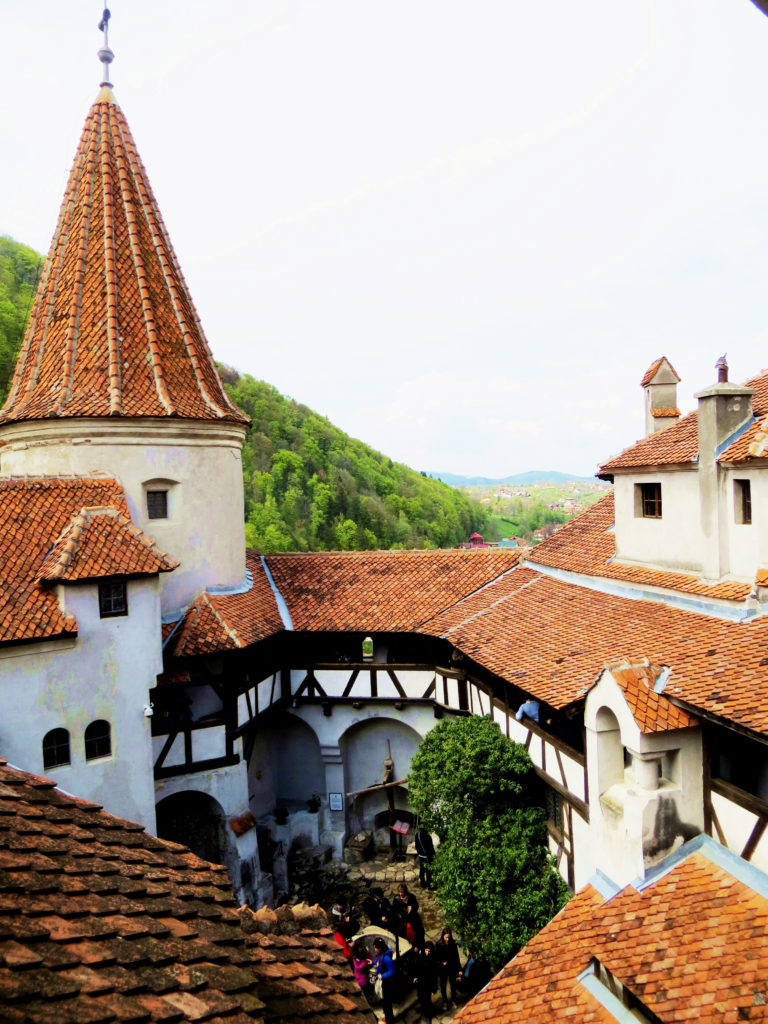 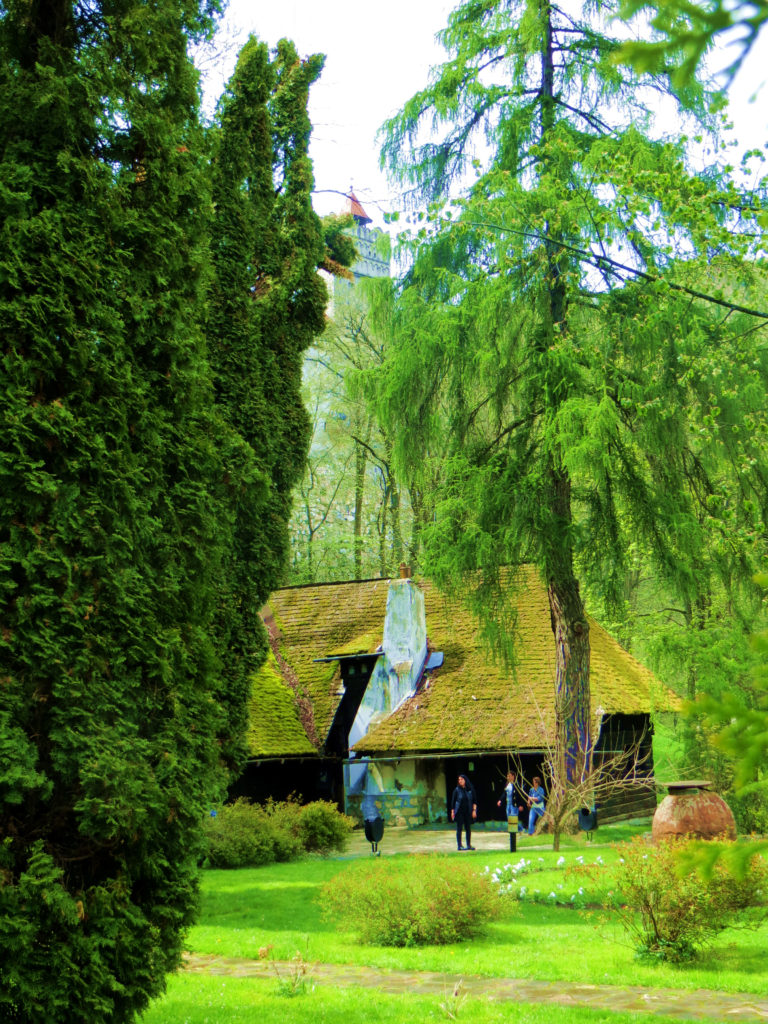 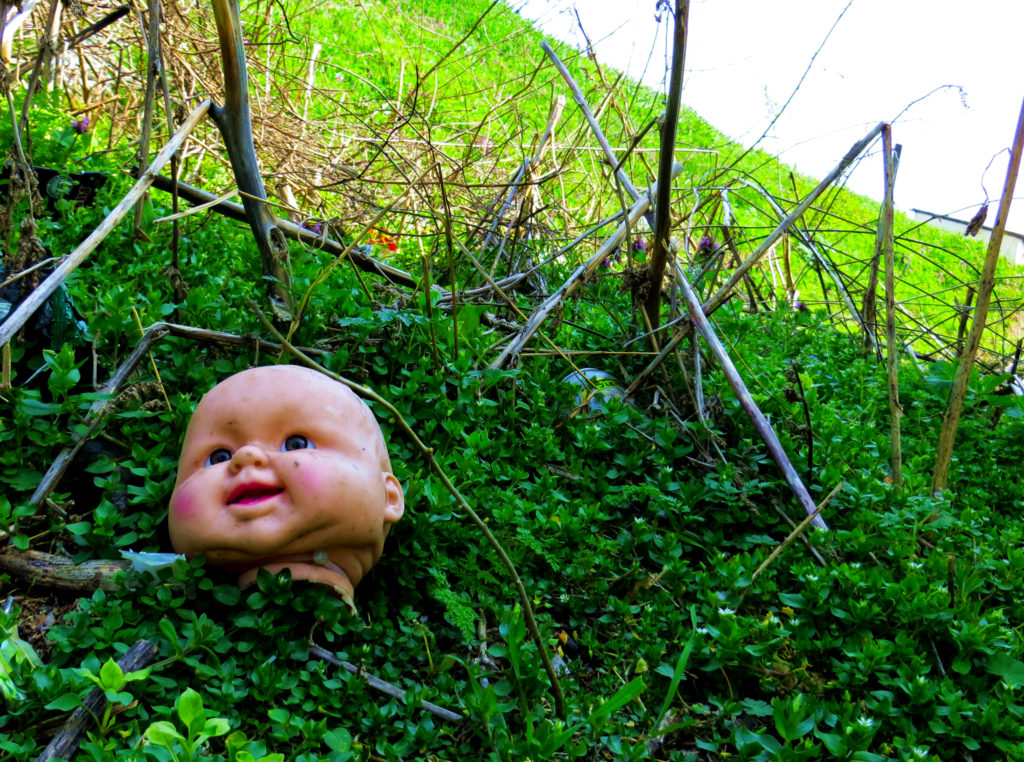 For more travel, check out our trip to Japan, and Morocco!

Interview: Danny Case of From Ashes to New 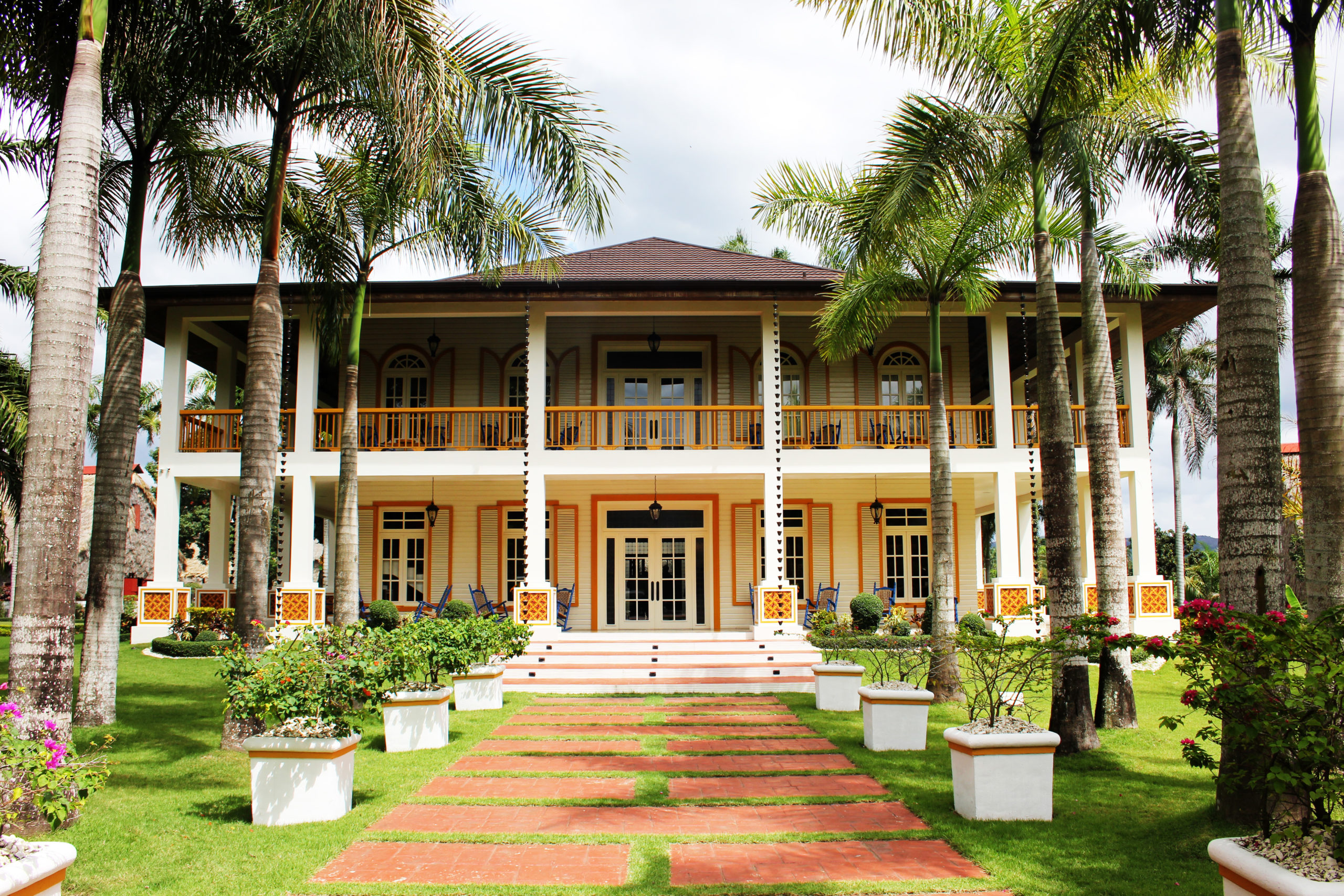 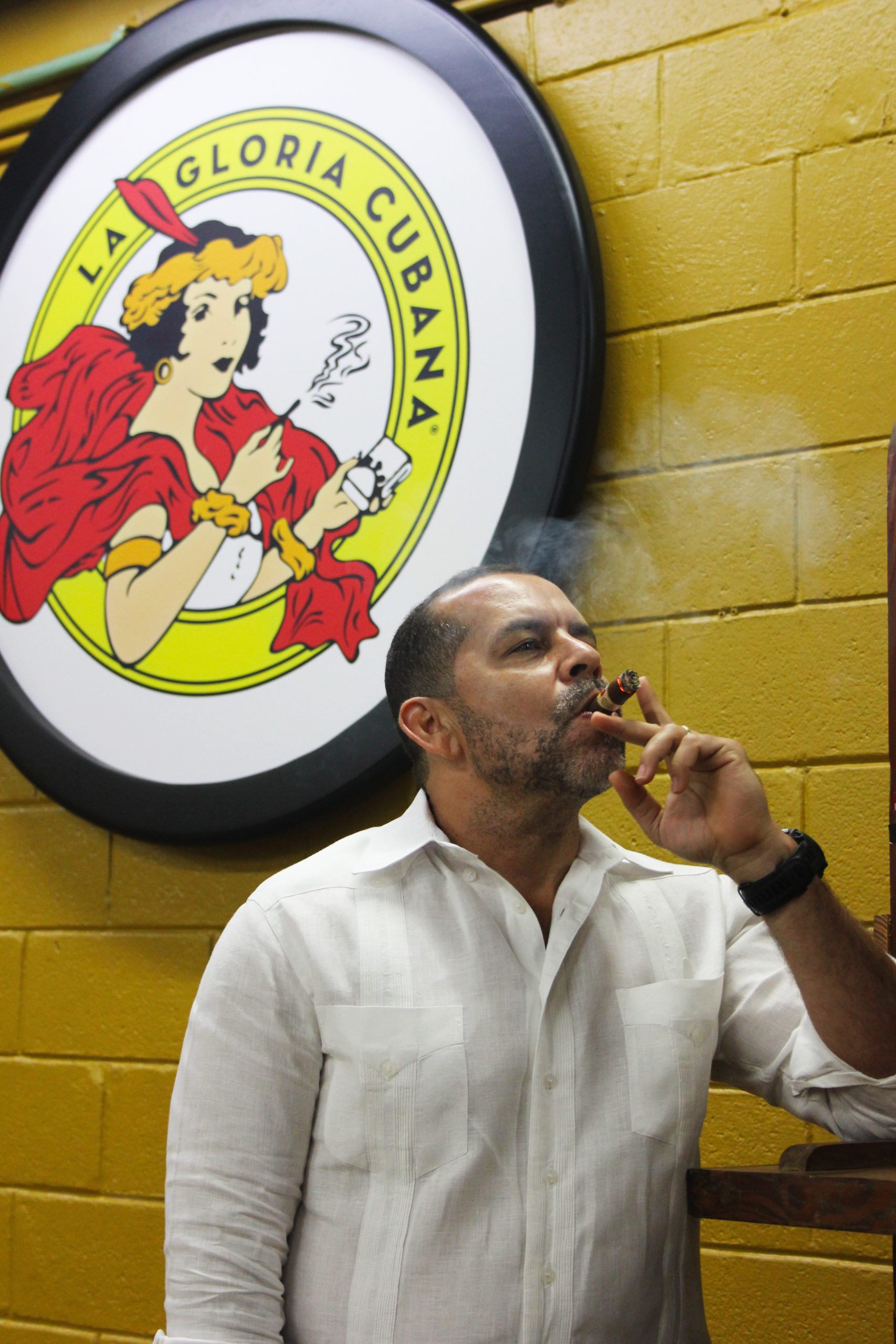