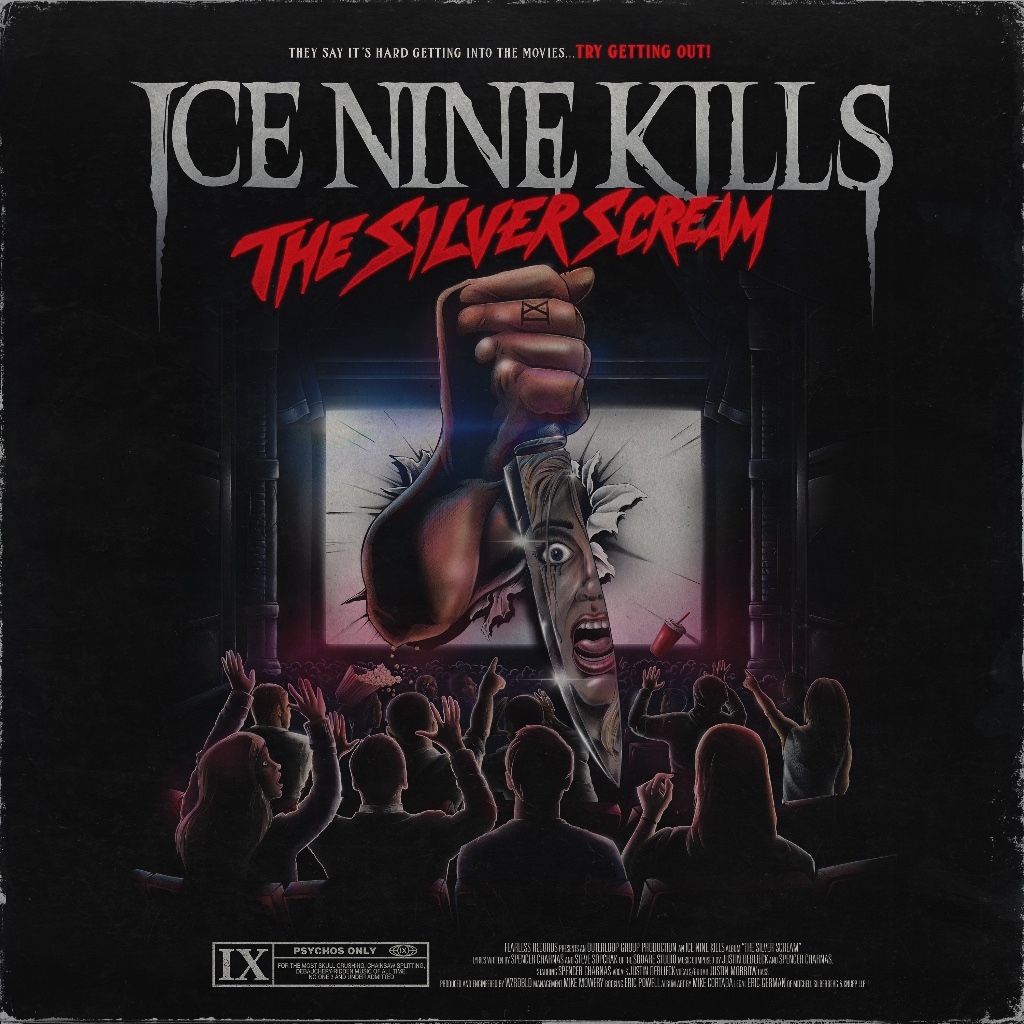 Just in time for Halloween, Ice Nine Kills’ (INK) fifth record, “The Silver Scream,” arrives with 13 songs inspired by horror movies. When I first heard INK was putting out a record inspired by horror movies, I was a little skeptical, as albums like this usually come across as kitschy or contrived. That being said, INK has previously proven themselves masters at crafting songs inspired by cinema or literature. Their fourth album, “Every Trick in the Book,” drew from such literary works as Dracula, Animal Farm, Romeo and Juliet, and The Exorcist, and that album was a face-melting tour-de-force. Because of their track record, I reserved judgment on this album and just hoped for the best.

So, here’s what happened: I was sent an advance copy a few weeks ago, I pressed play on the first song, and I woke up three weeks later. Joking aside, I listened to this album four times in a row in one day, not because I was planning to review it, but because it’s that freaking good. I have since listened to it about 20 more times. 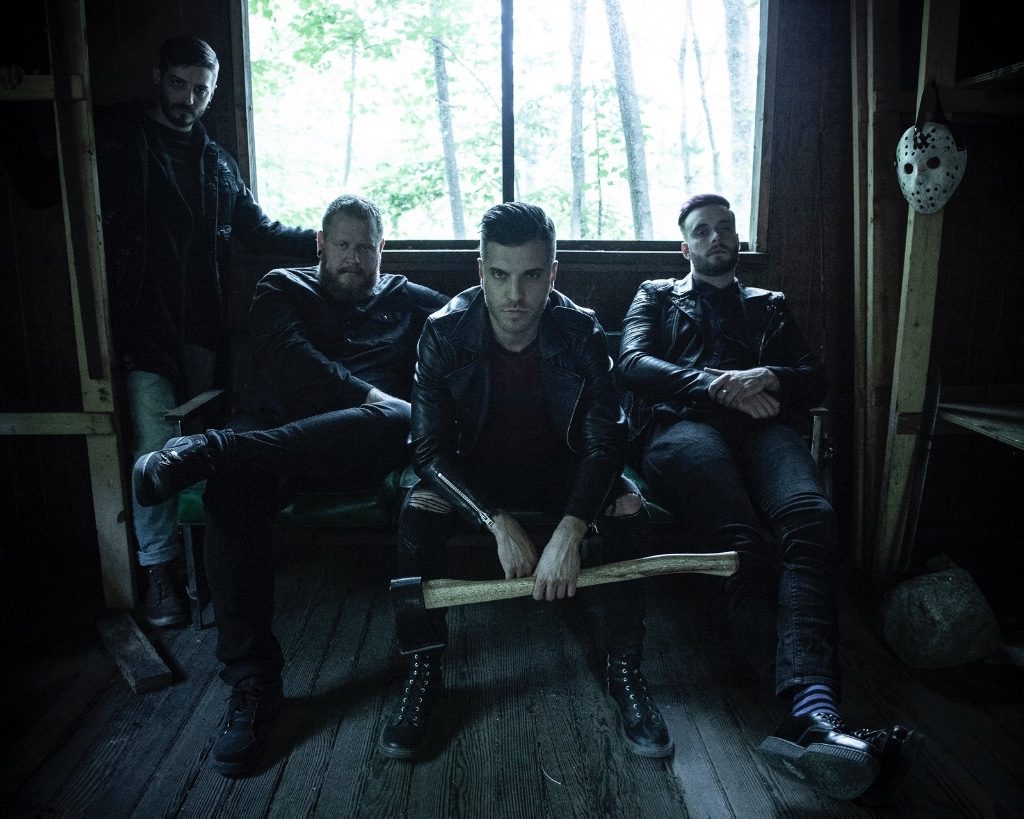 This album is everything good about the Halloween season wrapped up neatly into a 13-song album. As a huge fan of Halloween films myself, INK has perfectly captured these films in song form. It makes sense because they’re huge horror fans themselves and often work that element into their live shows and previous albums.

“Heavy music and horror are both escapes from our mundane struggles,” says lead singer Spencer Charnas. “Horror gets a bad rap with some people who think it’s sick and depraved. But those who love it tend to be the people who get it, who realize you aren’t supposed to see Friday the 13th and then go kill a bunch of people at a summer camp. Aggressive music and horror movies are outlets for your demons not a blueprint for your actions. It’s an escape from reality. You could be having the worst day in the world, with your job or your significant other, and you can go and put on a great metal record or horror movie and forget about all of your problems.”

And that’s what this album perfectly accomplishes: a brief escape from the real world. A cool touch is that Charnas recorded some of the album’s vocals at famous horror locations, like the houses used in the original Halloween and A Nightmare on Elm Street. There are even guest spots from Sam Kubrick, grandson of Stanley Kubrick, Chelsea Talmadge from Stranger Things, and Less Than Jake who lends their horn section to the deliciously creepy, Stephen King-inspired “IT is the End.”

Some other highlights are the Freddy Kruger-inspired “The American Nightmare” and the Jason Vorhees- inspired “Thank God It’s Friday.” In fact, there isn’t a throwaway song on here. Every song is a headbanger with killer lyrics (sorry, I couldn’t resist).

What’s crazy to me is that these guys aren’t bigger than they are. Sure, they have built quite the following over their decade of making music, but these guys are masters at bridging the gap between pop-punk, arena rock, metal, and post-hardcore. They’re versatile maestros of rock. I can’t recommend this album enough for Halloween aficionados, horror hounds, or lovers of mind-shredding metal.

The band hails from Boston and also features Justin DeBlieck and Justin Morrow. 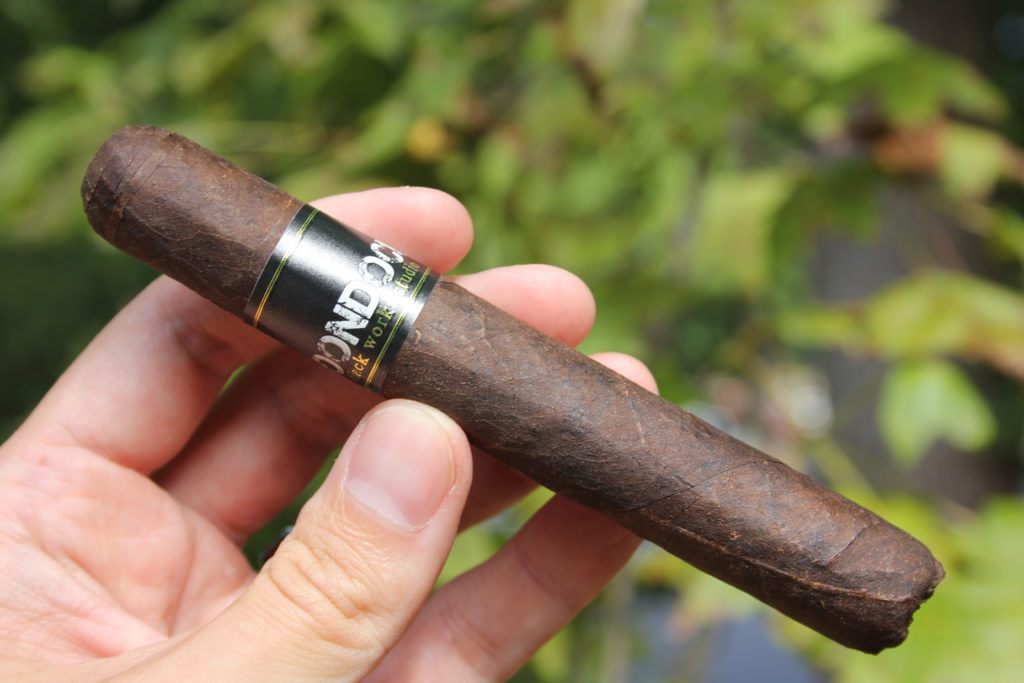 Boondock Saint from Black Works Studio is the perfect pairing for this album. It’s a smoke for the wee hours of the night; it’s dark, violent and oh, so fun, just like the album. Our full review is coming soon!

For more Halloween, check out our guide to Halloween Horror Nights.

Where to Smoke in Michigan