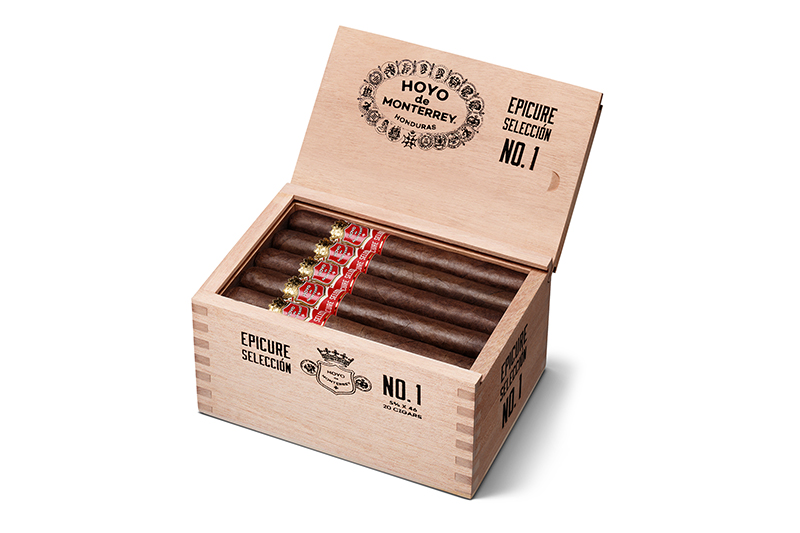 Hoyo de Monterrey Epicure Selección is described as a Honduran puro that channels the brand’s history and celebrates the tradition of Honduran cigars and Honduran-grown tobacco that dates back to the 1950s when the Villazon Cigar Factory was first established. This cigar line is made using proprietary aging techniques and old world craftsmanship. The well-balanced blend features a Cuban seed wrapper, binder and filler tobaccos that combine to make a medium to full-bodied cigar with peppery and earthy notes and complexity.

Hoyo de Monterrey Epicure Selección was made by the artisans at the HATSA Factory in Danlí, Honduras. This cigar is presented in an understated cabinet style box that contains 20 cigars. Hoyo de Monterrey Epicure Selección will come in three different sizes: No. 1 (5.6 x 46), No. 2 (4.9 x 50), and Toro Especial (6 x 50). MSRP per cigar will range between $8.49 and $8.99.

For all the latest news from Hoyo de Monterrey, visit hoyocigars.com.