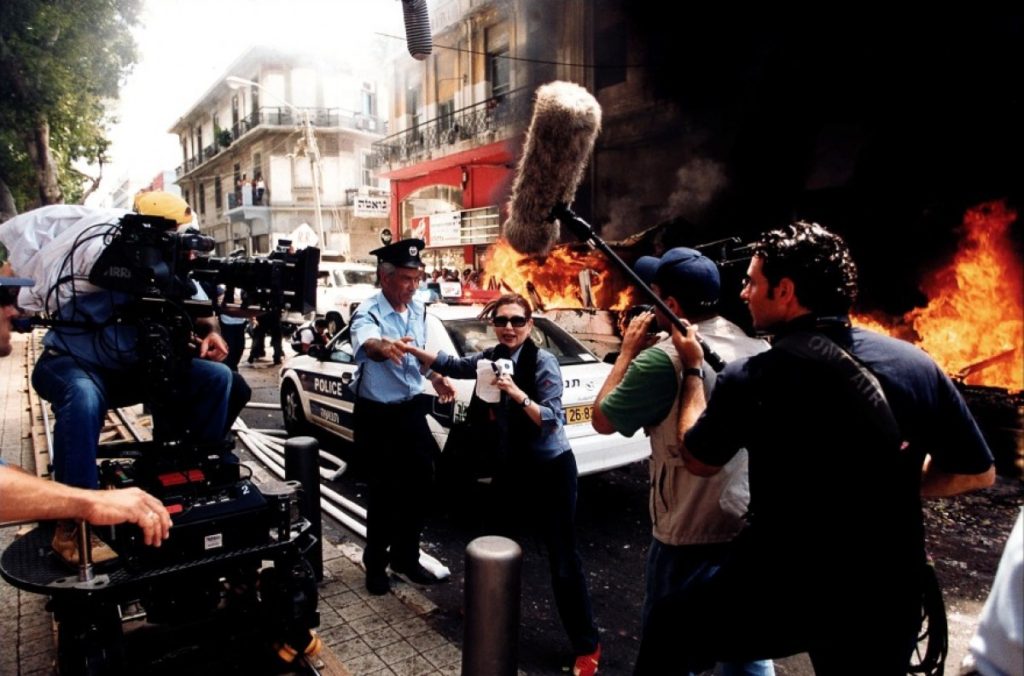 It is a muggy summer day in August on a backlot near Detroit. Dressed in a wool peacoat, mittens, and a hat, I am constantly dabbing at my forehead with a cloth I keep hiding in my pocket as soon as I hear someone yell, “Action!” I am an extra on a film set. Surrounding me and the hundred other extras is a green screen around 50 feet high that will be digitally replaced in postproduction with Arlington National Cemetery.

“Action!” yells the assistant director. A parade of police officers on horses passes in front of us, followed by a casket carrying the body of a beloved superhero. Then one of the horses starts to wander off. “Cut!” Everyone pulls out their cloths and wipes the sweat out of their eyes.

I’m working as an extra on the set of Batman v Superman: Dawn of Justice—a dream come true. Not 10 feet away, actor Henry Cavill, dressed as Superman, strolls by sipping on a coffee. He waves and says hello, and I almost forget to wave back because the Man of Steel just acknowledged me.

I had dreams of being in superhero movies as a kid, and I never thought I’d ever be on the set of one. But getting on set was easier than I ever thought possible. It was so easy, in fact, that I’ve since worked on seven other films, and four commercials. Granted, for most of them I was just a face in a crowd, but that doesn’t take away from the fact that it’s such a fun experience.

Read on, and I’ll fill you in on everything you need to know and what to expect. Soon you, too, will see yourself immortalized on film. 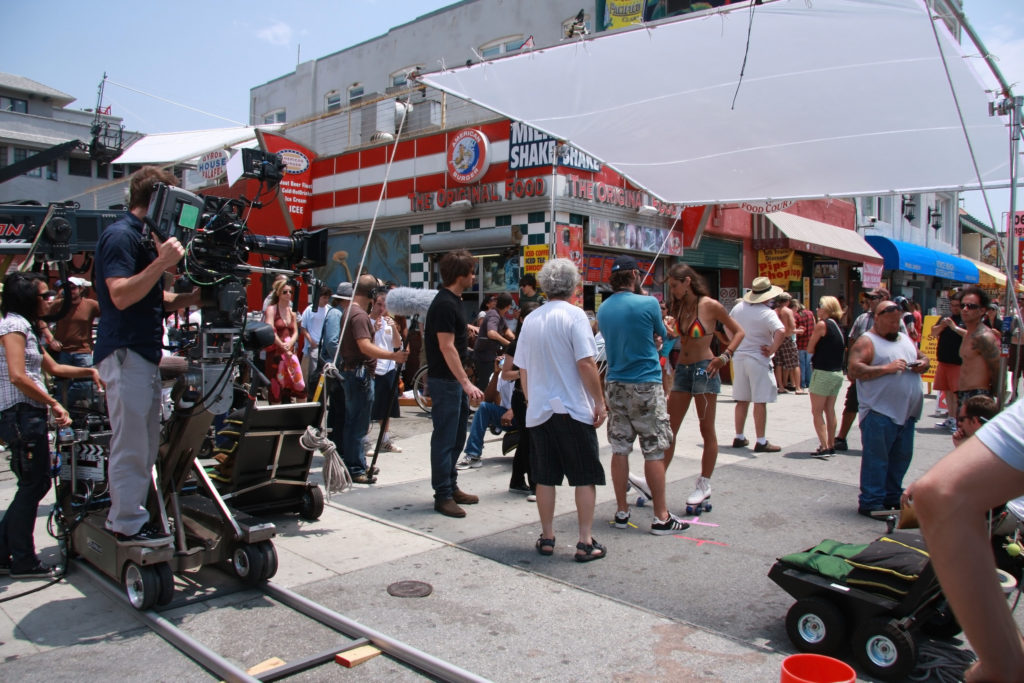 There are numerous perks to spending a day or two on a movie set, but I will warn you: It can get boring. There are copious amounts of time spent sitting around waiting to be on camera. Thankfully there are always people to talk to, food to consume, and you can always read (your phone is usually taken away; they don’t want you divulging any secrets).

The food: Not only do you get paid, but there are always substantial amounts of free food, snacks, and drinks you can partake of whenever you please. These film studios make sure no one goes hungry. I recently did a commercial with a large car manufacturer where we had not only a full buffet of hot food but also a wall of snacks and treats, six coolers full of sodas, Fiji water, expensive fruit drinks, and even Starbucks Frappuccinos. It’s always a cornucopia of delicious options.

The costumes: The last movie I was in, an upcoming horror/comedy from Netflix called Little Evil, I got to dress in black robes and a face mask and spend the day running away from a portal to hell opening in the floor of an old church. Prior to that, I got to be a police officer during the 1960s Detroit race riots in Kathryn Bigelow’s Detroit. Even if no one ever sees you on screen, it’s still fun to play dress up for the day or to live in a different time period, if only for make-believe.

The people: You always meet cool, sometimes weird, people on film sets. You’ll often be regaled with stories of brushing shoulders with various celebrities (sometimes literally only that—“I brushed my shoulder against Chris Pratt!”) and people trying to one-up each other’s stories. This may sound annoying, but it makes for an interesting day. There are normal people, however—I’ve made some good and lasting friends on film sets.

The stars: I joke about people telling silly celebrity encounter stories, but sometimes you do get a cool story. You’re told not to engage with the actors, and taking pictures or asking for autographs is a huge no-no and will probably get you fired. However, if the celebrity starts talking to you, then you can talk the day away. One time I was sitting at a table during lunch, eating a delicious piece of coconut cream pie, and the gorgeous Rosario Dawson sat down across from me and asked how my day was going. Those moments are special.

The money: Sure, it’s usually minimum wage, but you’re commonly on set for 12–14 hours, which means overtime! When I first found out about being an extra, I was shocked to hear you get paid. I was like, “Let me pay you!” And if you land a commercial, then your pay goes up significantly because normally they pay union wages even if you aren’t part of a union.

This is the easy part. Kind of. First, begin by doing an internet search for the area you live in along with the word “casting.” For example, “Detroit casting.” This will pull up all the casting agencies in your area. And no, you don’t need to move to Hollywood or Atlanta to get cast (though if you want to be in a Marvel movie then Atlanta is where you want to be). They film all over the States.

When I lived in Michigan there were lots of movies and commercials being filmed because Detroit makes for a great backdrop as a rundown city or for the apocalypse. Since I moved to North Carolina, there have been significantly fewer opportunities, but they are still there.

Once you find a casting agency, they will usually use their Facebook pages to give you updates on the film studios’ needs for the week. Then you simply email them if you’re available. Once you get selected, they will give you all the instructions you need before you ever arrive to set, including set etiquette.

As you can see, it’s easy to find film extra work, and the perks are numerous. There’s even the chance to get promoted to a speaking role, though I’ve never gotten one of these coveted bumps (maybe I suck at acting?). Now go find yourself a movie to be in and cross it off your bucket list.

Don’t ever—and I repeat, ever—pay money to join a casting agency. This is a scam. What happens is the movie studios pay the casting agencies a hefty sum of money to find extras, and then the casting agency pays you minimum wage while they keep the rest. This is totally fair, as they are doing all the work of finding everyone. But there are places out there that ask you to pay a startup fee of a couple hundred dollars. Steer clear of these agencies—also because they’ll probably never find you a real job.

Check out our interview with the “World’s Greatest Extra,”, our Fall 2018 movie preview, as well as our favorite films of 2017!