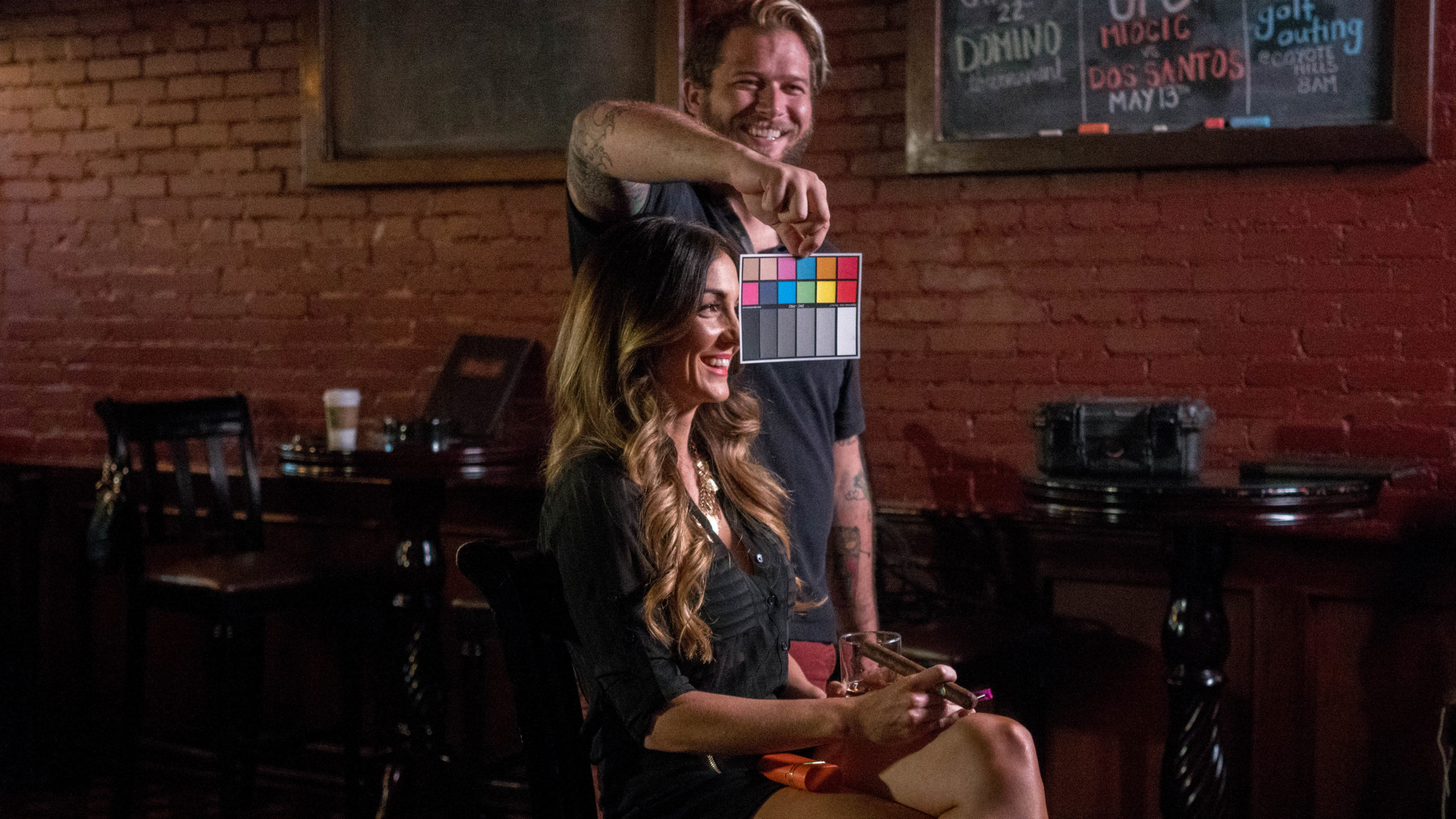 We are an industry under siege. We all know it. Federal and local taxes inflate the cost of our products and create an unlevel playing field for brick-and-mortar stores that are vying to compete with tax-exempt online sellers. State and local regulations ebb away at our ability to smoke anywhere other than in our own homes, and government agencies—most notably the U.S. Food and Drug Administration (FDA)—seek to regulate the production and distribution of tobacco products as if they were pharmaceuticals. As an industry, we are fighting back on various platforms, from lobbying our congressional representatives to initiating litigation on behalf of our manufacturer and retailer members, all the while hoping that the powers that be will discover bigger fish to fry and leave us to carry on as the genial cottage industry we perceive ourselves to be. Where we seem to have dropped the ball is in making our case to the population writ large.

Enter Jesse Mariut and Steve Gherebean, filmmakers and business partners in Render Social, a company specializing in social media content management and creation. Initially inspired by their appreciation of fine cigars by creating a documentary exploring the infrastructure and the people behind what goes into the making of a cigar, they quickly realized that they could be the agents to introduce a story that needed to be told to people outside of the industry. We interviewed Steve and Jesse to understand what propelled them to produce a documentary about the cigar making industry.

Larry Wagner: How did the two of you get together?
Jesse: We’ve known each other for about 20 years now. We’ve been friends since we were young and kind of grew up together. About eight years ago, we started our film company and got into shooting weddings, then slowly transitioned into more commercial and storytelling.

Steve: In 2015, we started Render Social, not for weddings, strictly for business and commercial, advertising and internal company videos.

What was it about your enjoyment of cigars that led you to make a documentary about them?
Jesse: As filmmakers, we wanted to push ourselves to do our first documentary. We were talking about ideas and said, ”Why not do it about something we love? Let’s do it on cigars.” Around December of 2015, we started researching and found out there was nothing like this about cigars. We talked to our local tobacconist, and he told us about the FDA. Obviously, at the time, we had no idea about what they were trying to do, but that sparked our full-blown research and beginning on the path of making this documentary.

Steve: When we found out what was going on, we thought that the industry was doing a pretty good job of informing its own people about what’s happening. You’d talk to an avid cigar smoker and they know about the process. In traveling around, a lot of the people that we meet have gone to the factories and the farms, so they see the processes. But once you step out of our small cigar world, they have no idea about any of that, much less about the legislation, nor do they even care. In doing some of the research, we found it’s more than just about the stories and the history of the cigar industry, it’s also about infringement to individual liberties with all this regulation. We understand the regulation with regard to the targeting of children (by the vaping and e-cigarette manufacturers), but that just doesn’t exist in the cigar industry. And so for us, making that distinction to the end viewer, whether they’re a cigar smoker or not, became super important. It’s just intellectual dishonesty to lump everything together and call it the same thing.

You’ve said you hope to capture the hearts and minds of those outside the industry. Do you think nonsmokers or anti-smokers care whether or not cigars are lumped in with cigarettes?
Jesse: One thing we’ve said throughout this whole process is if we can get people to watch our film—it doesn’t matter if they never smoked cigars, if they hate tobacco or if they’re the biggest cigar collector in the world—if they can watch our film, learn something and never associate cigarettes with a cigar again, then we’ve done our job.

The way to get these consumers to see your film seems to be on Netflix or some other streaming platform to make it accessible to the general public because they’re not going to opt to go to a movie theater to watch a documentary about cigar making!
Steve: Yeah, our goal is to get it on an online streaming platform, such as Netflix, because that’s not even the future anymore; that’s now.

Jesse: And we’ve done our job in making a documentary on a handmade craft product, which people love to see, and we’ve exported the film in 4K [resolution], so it’s beautiful footage.

Steve: We really tried to hit a few different interests throughout the film. One of them is, as Jesse mentioned, craft goods. And then the other side is the history aspect. We’re telling the stories of the families that left Cuba after the revolution, [those] who were kicked out. There’s a secondary interest there that’s not just on cigars themselves but [also] on the people.

That’s why we chose to tell the story the way we did. We don’t focus on any cigars in particular. We don’t talk about ratings. We focus on the families and their stories because you might lose somebody—in fact I guarantee you’d lose somebody who’s not a cigar smoker—if all you do is spend an hour and a half talking about process. I think you can engage somebody if you show the process and you tell some very compelling stories. And the stories in the cigar industry are, in my opinion, extremely interesting.

In a recent interview with Pete Johnson, the founder of Tatuaje Cigars, he mentioned the documentary and his role as executive producer. How large a part did he play, other than financial, in getting the film made? And would you say his endorsement of it attracted other backers from the industry?
Jesse: As far as Pete’s involvement other than financial, it was nice having someone you can turn to who has an expert opinion. If we were going through the editing phase and somebody said something about aging certain types of leaf for a certain amount of time, if we weren’t sure if this was standard industry wide, we could just text Pete, and in five minutes he’d text back, “Yeah, that’s accurate.” It’s so much easier if you have somebody around to bounce things off of who knows these things like the back of the hand.

He was awesome to have around, and even just helping us to get other interviews was huge. He was the first person at IPCPR 2016 [the annual International Premium Cigar & Pipe Retailers Association trade show and convention] to give us the time of day when we brought up the idea. Everybody else was extremely cordial about it, but he was the first one to say, “I’m in.” Once he was in, that led to the next interview, which then led to the next interview, and it became like a domino effect.

Steve: And for the record, he hated the fact that we gave him the title of executive producer! He did not want that title, and we told him, “Dude, there’s no way you’re not getting executive producer.” He loves the industry, and he wanted to see something done for it. He didn’t want it to become “the Pete show.”

How can our readers watch the documentary?
Jesse: We are actively working on distribution currently. We finished the film, and what we showed at IPCPR [2018] is what we’re calling our director’s cut. We’ve cleaned it up and made a few small changes since then, and now the film is finalized, as of a couple of weeks ago. We’re touring with it right now, going with whoever wants to show it at their shop. We’ll be touring around the U.S. until we have distribution. As soon as we book anything, we post about it right away. We’re very active on social media.

What can viewers expect to get from seeing it?
Steve: You can look at the documentary as a 30,000-foot view of the industry. You’ll get a good sense of why the industry is where it is today and who are its key players. But it leaves a lot of stories yet to be told, and I think that whether you’re an avid cigar smoker or whether you’re fairly new, it leaves you wanting a little bit more. If we manage to accomplish that, then we want to give viewers the next part of the story.

What’s the final takeaway you’d like our readers to know about the documentary?
Steve: Everyone in the industry has a role in promoting and perpetuating our ability to enjoy cigars, and we thought our role as creators and filmmakers is a little bit different, and that’s essentially the humanizing aspect. It’s the winning of the hearts and minds, of getting people to see a different story when it comes to cigars, to not associate [them] with other tobacco products. It’s the only part of the tobacco business that pays homage to the history, the culture and the people who create this product, and that actually cares about the heritage. This is not just another product for people to buy in bulk and get addicted to, which is easily apparent when you’re already a part of the culture, but it’s not easily apparent if you haven’t spent years visiting tobacconists and hanging out in the scene. So, we hope, in an hour and a half, to give people a glimpse into that culture and that lifestyle and make them, if not want to join us, at least realize how different it is from every other tobacco product.

To learn more and watch the trailer, visit handrolledmovie.com.

Reprinted with permission from Tobacconist magazine.