A Guide to Candela Cigars 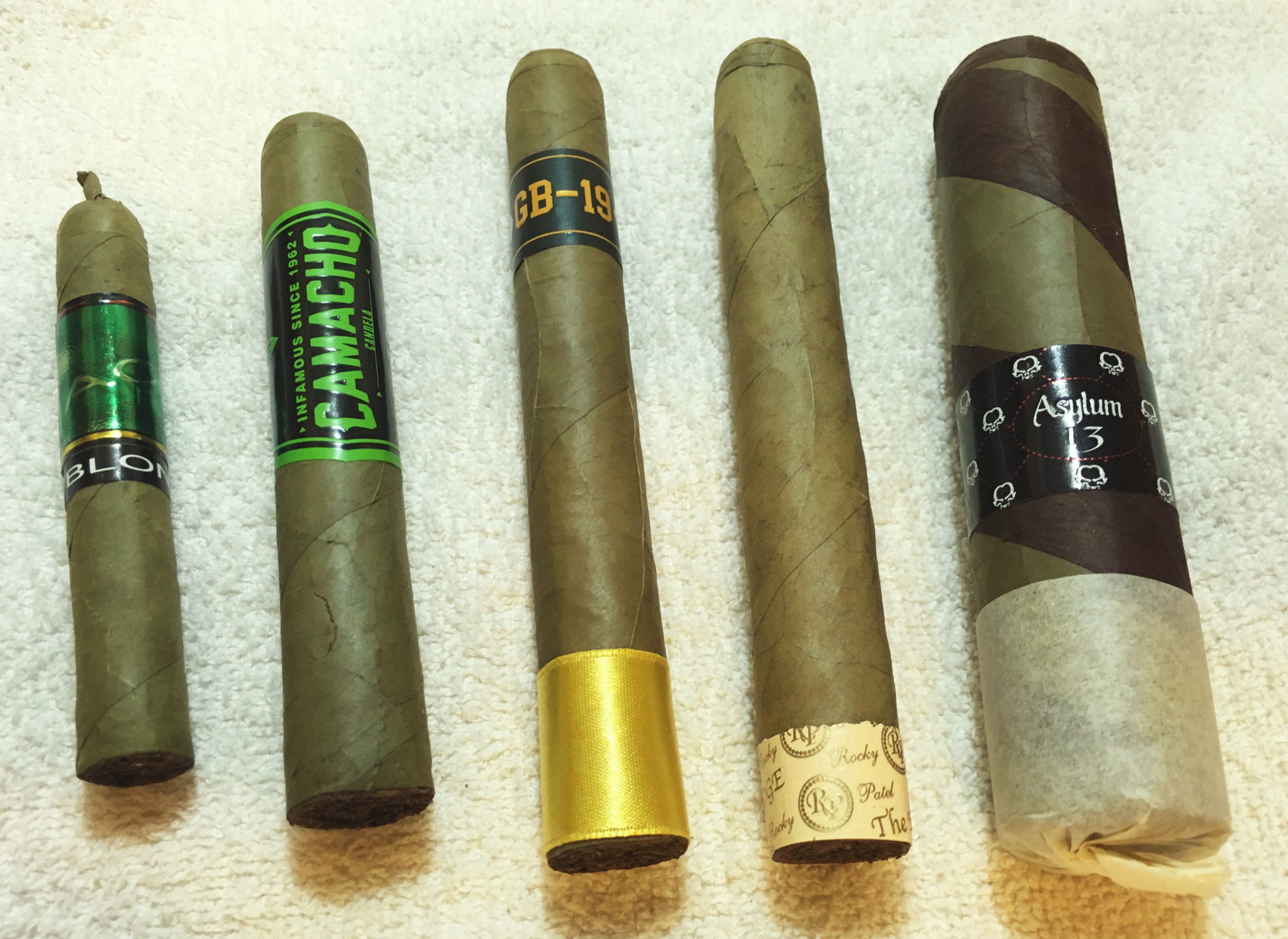 Green wrapper leaf—candela, aka double claro—may not be for every occasion. But don’t knock it until you’ve tried it.

When I first discovered cigars in my late teens, I mainly imbibed products I could easily afford, which meant I burned through a lot of Tampa Nuggets, little blond, cut-filler trifles that I bought over the counter in filling stations and convenience stores. It wasn’t until just before my 19th birthday that a friendly hotel concierge showed me the wonders of top-flight cigars.

This was during the 1970s, and that wise man handed me a Dunhill Montecruz 200, rolled in the Canary Islands (a product now extinct and very much missed). That sage gentleman permanently changed my cigar smoking ways. I can still remember the evening I smoked that wonderful cigar and the place—the north rim of the Grand Canyon. Then and there, a long season of youthful poverty befell me: so many premium cigars to try, so little scratch with which to buy. I started economizing on food for sake of good long-fillers.

Cigars were popular among the blue-collar crowd where I worked, but all of the other fellows contented themselves with cheap, cut-filler cigars like those I’d started on. This made me an eccentric 20-something. My coworkers shook their heads in disapproval when I told them my cigars cost dollars instead of cents.

I do recall one man on the job site, though, who took his cigars seriously enough to send off for boxes of them by mail order. And they were green cigars—wrapped in candela leaf—the first green cigars I had ever seen up close. He invited me to try a few, and I must admit, although they too were cut-filler cheapies, they did taste a notch above the other economy-class sticks going around. But I couldn’t find any long-filler cigars draped in candela, so I dismissed green cigars from my mind and went on exploring the million tan-wrapped classics. For decades, I wondered what it might be like to smoke a fine, long-filler cigar wrapped in green double claro. If only I could find one!

Recently, however, I have taken (perhaps belated) notice that green wrappers are much more in vogue than they used to be. I am seeing more and more candela offerings in most of the mail-order catalogs that come to my home. A quick look at the online houses finds candelas now being rolled by numerous premium brands: Alec Bradley, Illusione, Victor Sinclair, Rocky Patel, Drew Estate, La Flor Dominicana, and Arturo Fuente, to name a few. Just this year, Camacho brought to market its $8 Camacho Candela. A couple of years ago Moya Ruiz introduced a candela Toro called Pickle Juice. Now wrappers of alternating brown and green strips forming “barber poles” are increasingly commonplace. Green seems suddenly to be much more of “a thing” among highfalutin smokes—even a fashion statement. 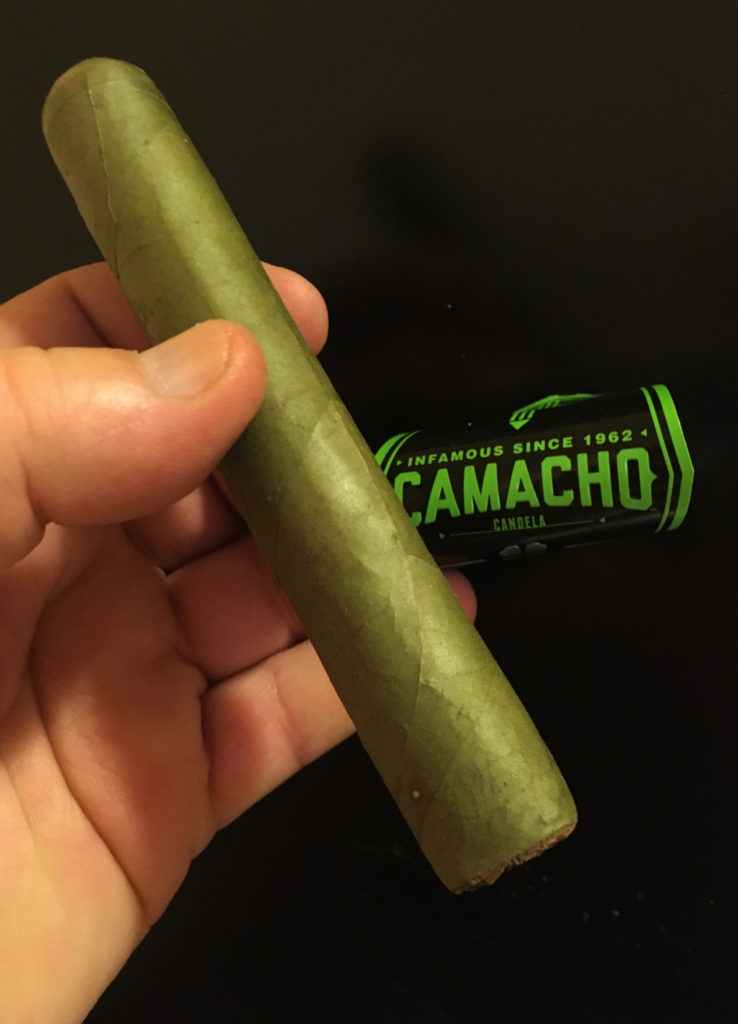 Not all candela wrappers are very green. Some reveal just a slight green tea hue—almost a basic claro. But wherever they fall within the candela range, all double claro leaves are based on the same principle: Wrapper leaf is harvested while still green on the stalk then flash-dried over the heat of propane or charcoal fires, faster than the chlorophyll can cure out of them. Candela is generally considered to be the lightest-flavored leaf in the cigar-leaf spectrum, evincing herbal notes of hay and sweet grass—a much different taste experience from the earthier, richer flavors of candela’s dominant brown cousins.

Before writing this article, I rummaged through my humidors to see what candela cigars had come my way over the years. (I get a few freebies from time to time.) For the life of me, I could not remember the last time I had smoked a green cigar, despite my dormant curiosity. Here, then, was a chance to find out what all the fuss is about. It was easy to reach first for the Camacho Candela Robusto because it looked rich and satisfying; it was just the right size for a before-bed smoke as I typed on my laptop, and it is a recent product reintroduction that perhaps deserves notice.

What a pleasant smoke the Camacho Candela turned out to be! It managed at once to be light and flavorful, offering thick clouds of white smoke mild enough that even cigar novices can gobble the thing without danger of over-saturating the senses. The green wrapper exhibited none of the rough-feeling tooth one looks for on Habano wrappers. Rather, this leaf felt smooth and slick, exuding a mild, natural sweetness distinctly different from even the lightest Connecticut. With that, I am convinced: This may not be a cigar to reach for after a heavy dinner, but it has its place, and I am resolved to getting better acquainted with candelas and adding more to my stash. 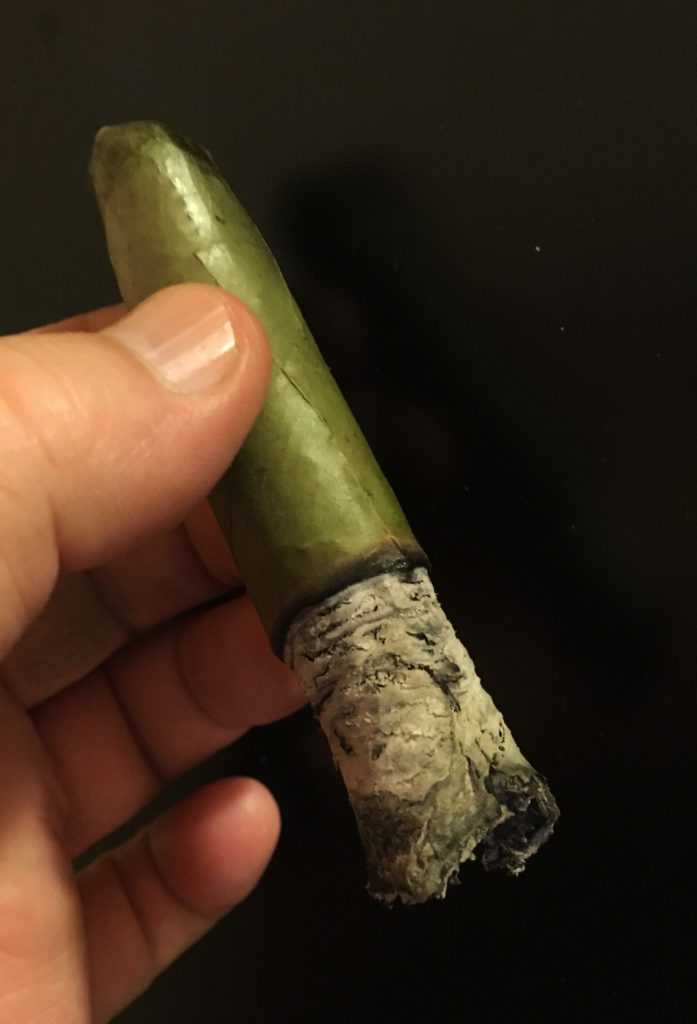 Candelas were once all the rage in the U.S., especially in the 1950s and 1960s. Then tastes changed and double claros faded to relative obscurity—except, as noted, for a few inexpensive cut-filler products and rare anomalies among long-fillers. Today, despite an apparent expansion of candela offerings, green cigars remain a niche-market item; only a tiny fraction of cigar sales go to green sticks. But they have their fans, and now they are sufficiently available so that the cigar-wise have scant reason to omit giving them their chance. Ask your local tobacconist what green cigars are on tap in his humidor. Or visit your favorite online retailer and search for “candela.” You just might be in for a green revelation.

For more guides, check out how to choose a cigar!