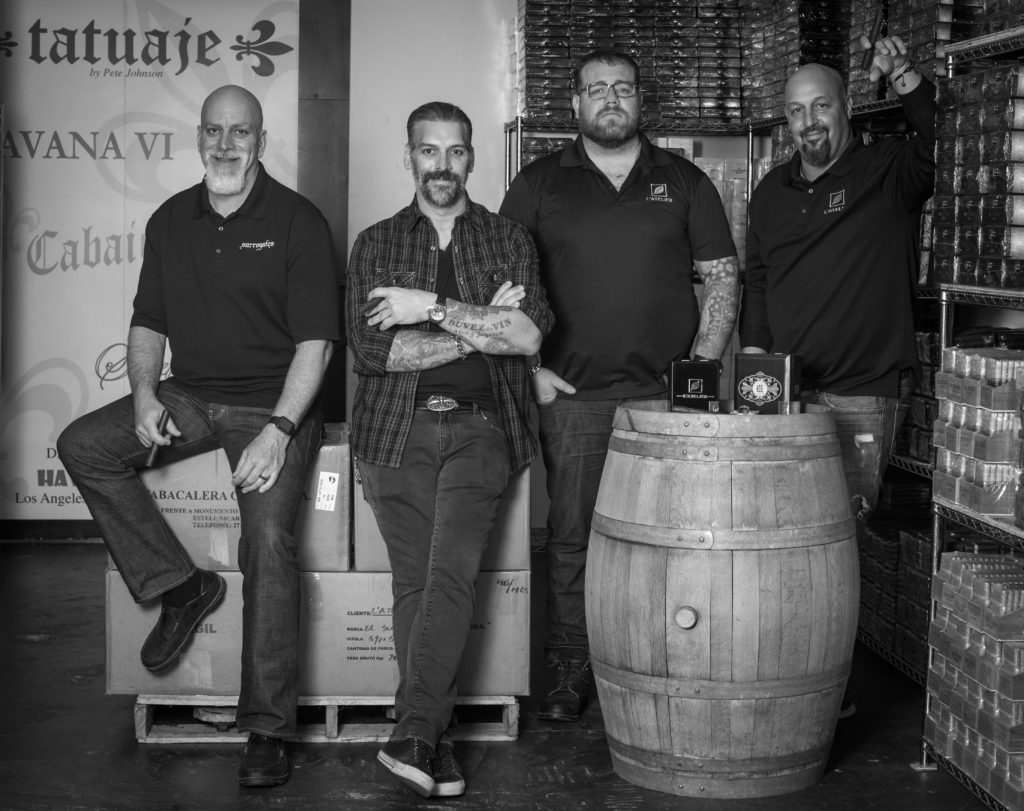 By Stephen A. Ross

From his earliest days of working in premium tobacco retail, Pete Johnson wanted to create his own cigar line. A talented bass guitarist, Johnson moved to Los Angeles from Gardiner, Maine, when he was 18 to pursue a music career. Clearly, the creative urge has always run strong in the now 46-year-old. However, like so many others who moved to LA to pursue careers in the entertainment business, there were few opportunities, and Johnson had to find work outside of music to make ends meet. In 1993, he took a job working on Sundays at one of California’s oldest premium tobacco shops—Gus’ Smoke Shop. Johnson’s part-time gig opened a whole new world for him.

The Cigar Boom had just begun, and the market was flooded with all sorts of new cigar brands, most of which you wouldn’t give to your worst enemies. Yet, there were some gems that shined amid all the muck. Joya de Nicaragua was just coming back after being excluded from the American market for more than a decade due to the United States’ embargo on Nicaraguan products. It was an exciting time for anyone who loved cigars. 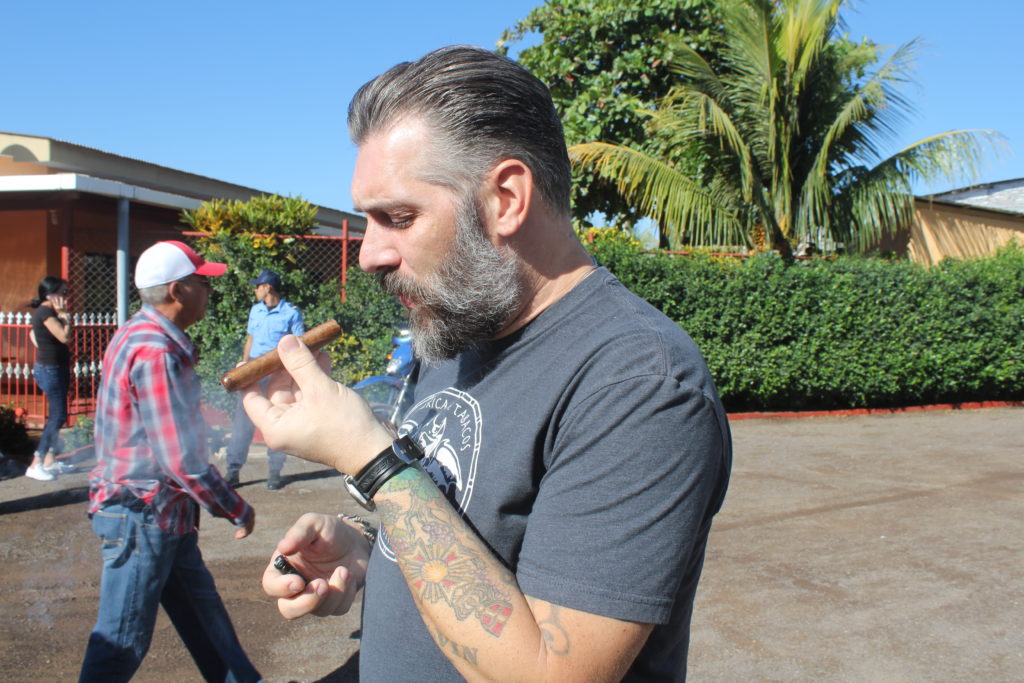 “Smoking some of those cigars was life-changing for me,” says Johnson, who 23 years later is now the owner of Tatuaje, which have had their own profound influence on the industry. “Joya de Nicaragua was back on the market, and people were excited that they could smoke Nicaraguan cigars again. They made you take notice and realize how great a cigar could be.”

And they also inspired Johnson to think about what sort of cigar he would like to have if he were to create his own brand. After a short time working at Gus’, Johnson realized that he was better at cigars than he was at playing music. His desire to be a professional musician faded and was replaced by his interest in retail tobacco. Six months after starting to work at Gus’, his job became full time, and he assumed responsibility for stocking cigars for the humidor. He then moved to The Big Easy tobacco shop, also in LA, where he became general manager. After that, Johnson became director of retail for the Grand Havana Room. Yet even from the earliest stages of his involvement in tobacco, Johnson thought about creating his own brand, one that would allow him to share his love and express what he found interesting about cigars with others.

“I actually tried to do my own cigar as early as 1995, but there wasn’t anyone who could make it back then,” Johnson remembers. “It wasn’t until 2003, when I met Pepin [Jose ‘Pepin’ Garcia] that I found someone who could make the type of cigars I wanted to make.”

Pepin had recently come to the U.S. from Cuba and was working with Tropical Tobacco creating private-label blends for the company. Tropical sent Johnson some samples, none of which he liked. Tropical then arranged a face-to-face meeting between Johnson and Pepin in April 2003. Pepin made yet another blend for Johnson, which he also rejected. Though neither one spoke the other’s language, they figured out how to talk to each other, and they reached an understanding. It was a moment that would change both of their lives.

“I described to him what I loved about cigars, especially the Cuban brands from the mid-1990s,” Johnson explains. “Those cigars were pretty darn good. I went into my private collection and pulled one out and gave it to him. He lit it up, tasted it and told me it would be very easy for him to make a cigar like that for me. He did it right in front of me. A month later, we were in production.”

And one of the most talked-about cigar brands in recent memory was born, though it would take three years before the brand gained traction in the American market. Part of the slow growth of Tatuaje was based on price—at $8 to $13 in 2003, it was one of the more expensive cigars on the market. 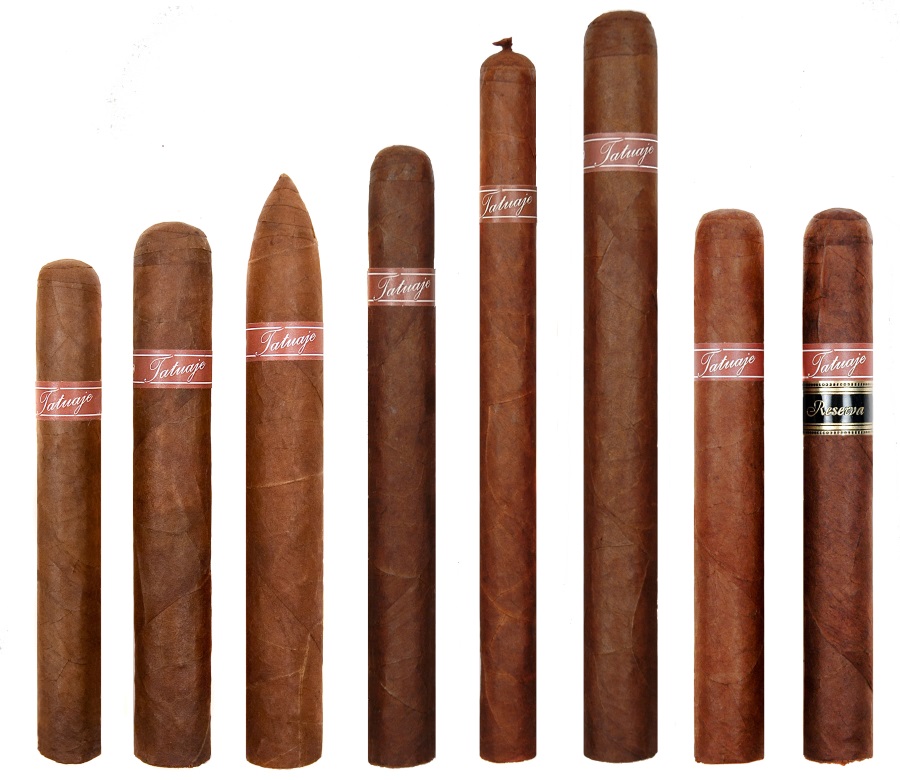 Then there was the whole difficulty pronouncing the name (tah-too-wah-hey), which means “tattoo” in Spanish. Retailers and consumers mangled the word. And of course, in the conservative cigar world, the concept of a tattoo-inspired brand invited skepticism. Many folks wondered what this tattooed American kid was thinking, trying to market his own cigars with such a crazy name. And yet, most of those who tried the cigar brought it into their stores. Consistent 90-plus ratings and placement on Cigar Aficionado’s Top 25 Cigars of the Year listings drove more consumers to retailers asking for Tatuaje.

“I think that Tatuaje Brown Label gave something different to people and changed their perceptions of what a cigar could be,” Johnson explains. “I wasn’t trying to create anything that was already on the market. It was just my opinion of what I thought a good cigar was, and it was Pepin’s style of blending that caught on with smokers. It changed everybody’s opinion, and I think it made everybody else up their game.”

The 2006 IPCPR show was something of Tatuaje’s coming out party. The brand had experienced slow growth to that point, but when the show opened Johnson was surprised at the number of retailers waiting at his booth to place orders.

“I got to the booth that first day and I couldn’t move, and it lasted throughout the show,” he explains. “We were sold out by the beginning of the last day. It’s gratifying to see people get into what I do. When I got into this I was looking at it as a hobby. I figured I might get an extra pay check a year that I could use to buy some wine or something. I was making the cigars to smoke for myself. I didn’t understand that it was going to turn into a business.”

With the Garcia family as the exclusive manufacturer of Tatuaje, it’s a business that’s grown tremendously for both Johnson and the Garcias. The Garcia family opened a new factory in Esteli in 2006 and established their own farms in Nicaragua. The expanded production capability and access to the tremendous tobaccos that Pepin and his family are now growing has allowed Johnson to do what he loves best—explore the extent of his creativity and continue to bring interesting and different flavor expressions to consumers.

“I have so many brands because I don’t want them all to be Tatuaje Brown Labels,” Johnson says. “I make cigars because I love the way they speak to me. The fact that other people enjoy them is the bonus. You can’t get into a business like this and think you’re going to make cigars just to sell. Every cigar you make should be for you to smoke yourself, and hopefully someone else is going to like it too. I want to eat different foods throughout the day. Red Label is different from Brown Label. It’s like the difference between a pizza and a steak.”

For more, check out the cigar Tatuaje makes for the alien rock gods, GWAR. And check out our Q&A with Pete! 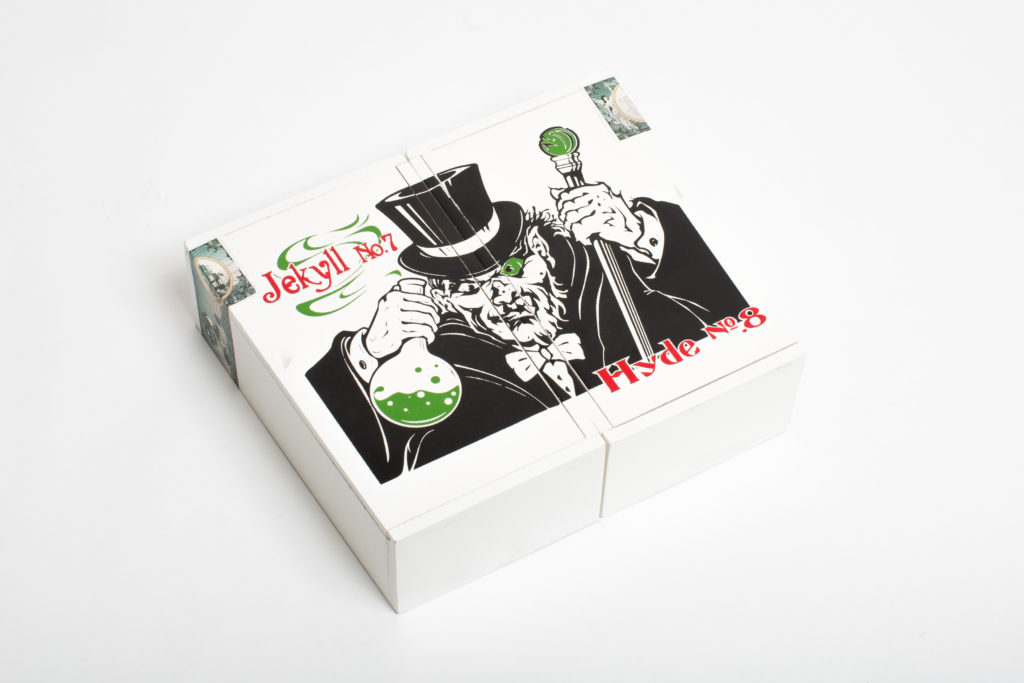