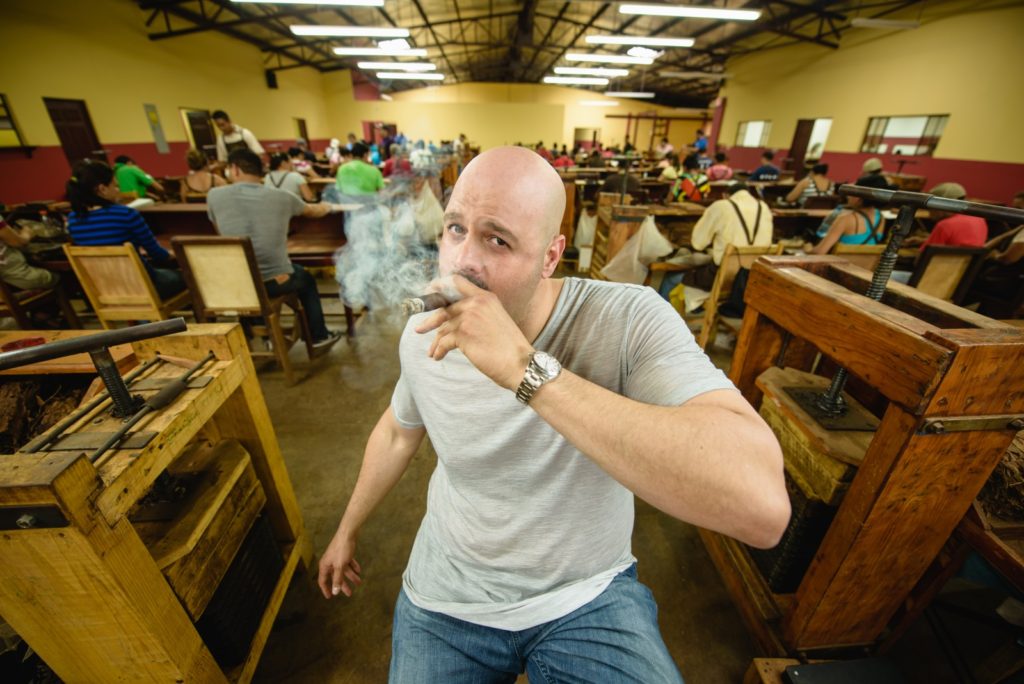 Omar de Frias, the man who willed Fratello into being, is as complex as his cigars

The cigar market is crowded with up-and-coming labels. That’s great news for connoisseurs of the leaf, but for new cigar companies it requires colossal effort to gain attention and market share. It demands nothing less than the embrace of hard work as a thing of honor in its own right. One fairly new label exemplifying that value is Fratello, a company that produces high-quality, chocolate-colored, full-flavored cigars that are winning the praise of reviewers.

The way this promising new brand came to existence tells an intriguing story, even a somewhat improbable story. It is a tale that holds lessons for dreamers of every stripe: Our dreams deserve and require careful planning, but the greatest force multiplier of all is hard work.

Omar de Frias, the man behind Fratello Cigars, hails from a Caribbean family. His mother is Puerto Rican and his father Dominican. So at least by way of culture, de Frias got something of a leg up in pursuing the life of a cigar man. That was his only leg up. De Frias was not born into a tobacco dynasty, nor did he command great independent wealth for launching a new cigar enterprise. He had to forge his own way into the business by the sweat of his brow, by the application of careful thought and planning, and by no small measure of charm.

One thing a researcher looking into the life of de Frias will notice is that people everywhere remark on what a good, reliable and agreeable person he is. In fact, de Frias, who combines an overpowering physical presence with an easygoing, cerebral way of relating to his fellows, is just the sort of man already-successful people in the industry like to see rising among their ranks. The friendships de Frias made in his quest to join the industry and build the Fratello brand attest to his people skills as much as to his way with a dollar. 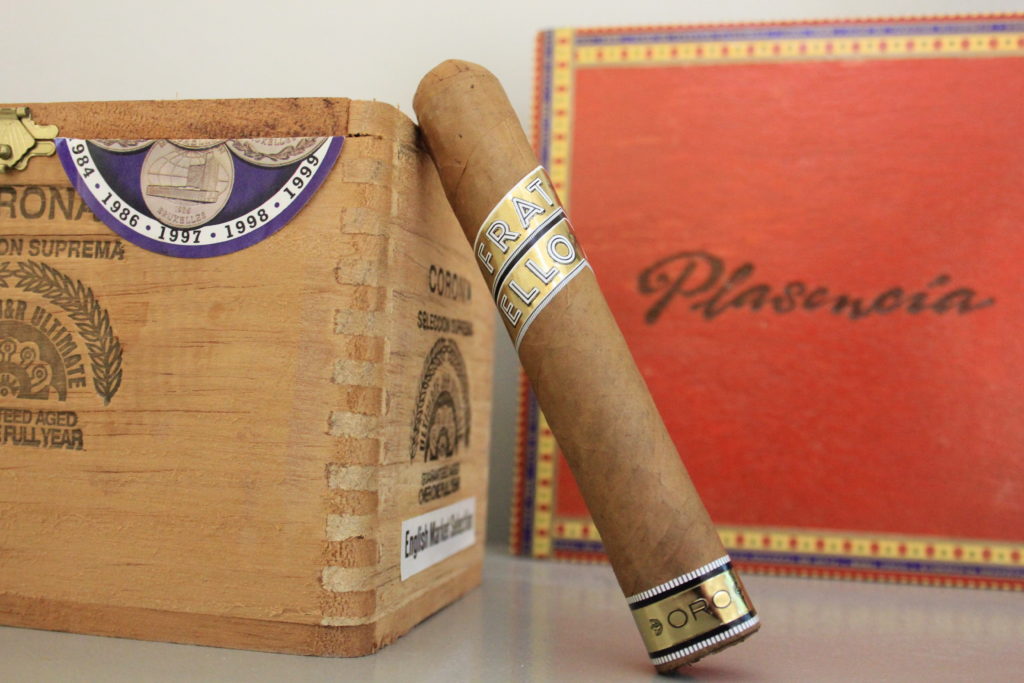 De Frias has covered a lot of ground in just 38 years of living. He moved with his family from his native Puerto Rico to the Dominican Republic when he was only a year old.

“My dad got a job in the Dominican Republic, and that is where I grew up,” he says. “So I went to elementary school and high school there, and I earned my first university degree there, on a basketball scholarship at Pontificia Universidad Catolica Madre y Maestra.”

At that school de Frias finished an undergraduate degree in hotel management and marketing. His next move toward higher formal education was to the state of New York, to take a degree in business management and international relations at the Rochester Institute of Technology. After that, he pressed on to the University of Puerto Rico at Mayaguez, where he finished an MBA.

All very impressive—and a far flight from humble beginnings—but still hardly a predictor of the turns that de Frias’ life would ultimately take. It wasn’t until 2008 that he ever really pictured himself as a cigar man. Even then, he would have been hard-pressed to imagine the gorgeous, silken creations that today bear his college nickname, “Fratello.”

De Frias will tell you that basketball played a pivotal role in propelling him. His exploits on the university court won him a professional contract, playing with Los Prados of Santo Domingo. De Frias says that basketball was just “one of these things you sort of fall into when you’re from the Dominican Republic and 6 feet 9 inches tall. I had always been drawn to basketball.” He is quick to admit he never made a lot of money playing the game. But he does say that basketball taught him priceless lessons.

“It humbled me in a lot of ways,” says de Frias. “It taught me how to interact with all kinds of people from different walks of life. The basketball court is very democratizing in that way.” It is good that the sport taught de Frias these lessons, for after only two years, his professional playing career was cut short by injuries, a fate that left him searching. 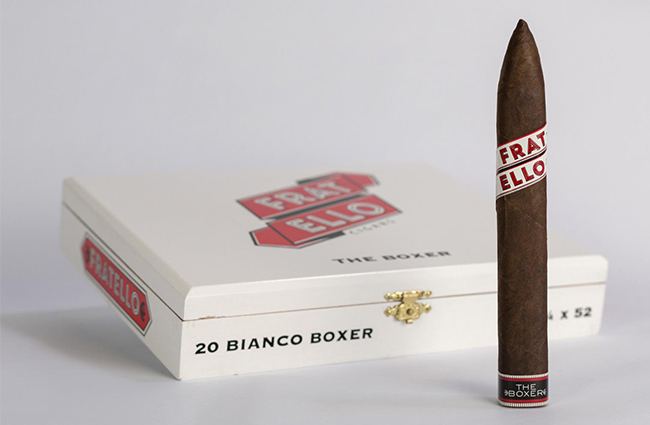 After he had completed his MBA, an intriguing new prospect came calling: NASA recruited de Frias into its ranks of project managers. It was this job that brought him to Washington, D.C., where he still makes his home with his wife of 11 years, Ivonne, and two young children. “Out of some 400 prospects, NASA picked me,” he says. De Frias thinks his high grades in school were part of the reason. In any case, it was a job he has remained with ever since.

De Frias is still a full-time lead management analyst at NASA, a job he holds down during the workweek while dedicating weekends and vacation time to Fratello events at brick-and-mortar tobacco shops across the country. This sort of work ethic keeps de Frias about as busy as one person can possibly be. A lesser man would buckle. “In the last 2 1/2 years, I’ve been on the road every single week,” he says.

Indeed, one might say that de Frias is burning the cigar at both ends. He knows he is in the strength of his best years, and he is tapping that strength for all it’s worth. But then de Frias always was a restless striver. “In the Dominican Republic, I used to do import/export of vehicles, and I was working in the stock market, too—just trying to make a go of a whole lot of little things, too many little things.” It was hard work, he remembers, and it felt like hard work. All the while, de Frias kept recalling a bit of wisdom that Steve Jobs had stated: When you are doing something you love, it isn’t like work. “So I wanted to start something that would be mine—something I could be truly passionate about,” says de Frias.

Still, how does a NASA middle manager—by no means a cigar professional—successfully launch himself in such a complicated new direction? He loved cigars to the point of distraction, but how does an industry outsider go about starting a cigar business from scratch? “The first thing I did when I decided I wanted to be in the business was I started reading like a maniac. I mean, I went neck-deep. I’m a bookworm anyway, so I just devoured every page I could find about tobacco.” De Frias says during those early explorations he was still trying to decide “where in the scheme of things” he would best fit into the industry. Import/export? Distribution? Blending?

“I also read deeply about branding,” he says. “And I traveled to Honduras, Nicaragua and the Dominican Republic, trying to meet cigar people. Eventually I met Jose Blanco, who was director of sales at La Aurora and vice president of Joya de Nicaragua.” It was Blanco, now owner of Senorial Cigars, who introduced de Frias to the people at the top of Joya de Nicaragua, a company where he found a raft of new friends eager to share their expertise.

“Any cigar man needs friends,” says de Frias. “It wasn’t until I started meeting industry people that I started really understanding.” He makes special mention of his friendships with Joya de Nicaragua chairman Alejandro Martinez-Cuenca and his son Juan Martinez, who is now president of that fabled company. “They have allowed me great flexibility to seek blends for my cigars within their inventory of leaf,” de Frias says. 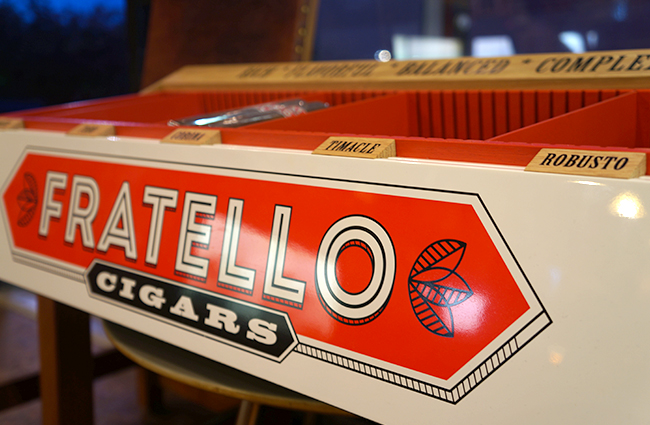 De Frias knew he wouldn’t likely make these kinds of friends if he couldn’t put forward a convincing “business platform,” as he calls it. “I mean a business plan, a marketing plan, a worked-out set of policies and procedures. People who are just starting out sometimes make the mistake of not spending enough time preparing their business plan,” he says. Seeing through this drawn-out process gave de Frias credibility in his pursuit of business relationships, not least of them in the banking community. Then, too, de Frias needed help with packaging. He engaged Dominican designer Freddy Jana to develop the distinctive V-shaped bands and the color schemes that would attract the eye of the cigar shopper.

“I told Freddy I wanted something retro, something 1950s, with the color red in it,” he says. “It took six or seven months, and much iteration, but I really love the end result.” All of this preparation paid off: In 2013, 4 1/2 years after he had originally conceived of the enterprise, the first Fratello cigars went to market.

Now Fratello is manufacturing more than a quarter-million cigars per year, in 10 sizes, priced retail from $7 to $10 each. The line is available at 550 points of sale in 44 states. De Frias recently hosted the company’s first international cigar event, in the Dominican Republic. “We are one of the fastest-growing manufacturers,” de Frias says with pride. Today the company is even working with a Baltimore coffee roaster to bring a Fratello coffee to market. 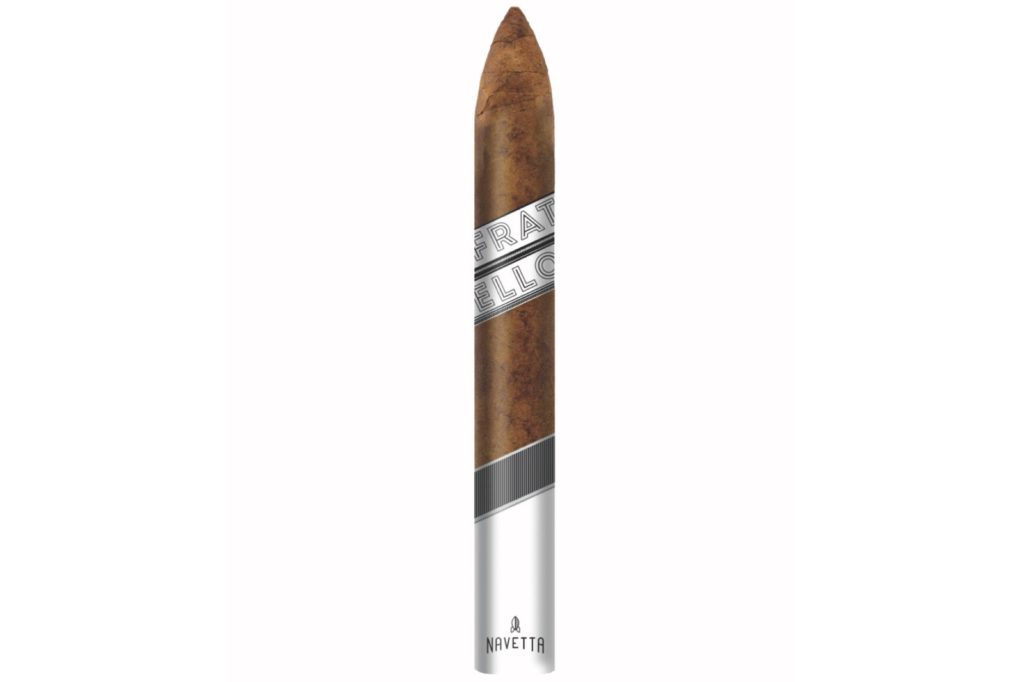 There was a scary moment at first, in 2013, at Fratello’s introductory appearance at the IPCPR show. “By the end of the first day of the show I had not closed one single deal,”  de Frias recalls. “And there I was, with 50,000 cigars sitting in a warehouse! I’d invested everything I had in this venture. And I just felt pure defeat. But I woke up early the next morning and got on my laptop and emailed an invitation to our booth to every single show attendee. It worked. By show’s end, I had 30 accounts,” de Frias says.

Fratello broke even within 14 months of entering the market. “We have some of the best retailers—places like Old Virginia Tobacco, Stogies in Houston and Two Guys in New Hampshire.” He says the brand is showing particular strength in Texas; New Jersey; Pennsylvania; Virginia; Washington, D.C.; and Maryland. “And the Northeast is strong,” he adds, “and Arizona. In fact, I have to say, the support I’ve been getting throughout our brick-and-mortar network has been phenomenal.” He says a typical B&M wholesale order runs from 10 to 12 boxes.

De Frias feels something akin to fatherhood at watching his enterprise take wing. Even the company name is deeply personal to him: Fratello (“brother” in Italian) is a nickname de Frias’ classmates gave him in a university Italian class during his Dominican years of study—a nickname that stuck.

So, it can truly be said that de Frias is ecstatic with the way things are going. But even so, he is not resting on his laurels. He says he won’t be truly content, and won’t feel entitled to take a breather, until he sees clearly that Fratello has permanent staying power. Certainly, the recently announced Food and Drug Administration deeming rule changes are a matter of concern.

“We are excited about 2016, as we grew 15 percent just in the first quarter,” he says. “But we are keeping a close eye on these new regulations. The large unknown is what the potential costs are. Once we better understand the costs of the new regulations, then planning gets underway for everyone. I pray as a member of the cigar community that these regulations won’t erode our freedom to enjoy and share a premium cigar. It will take something greater than an FDA regulation to break the entrepreneurial spirit on which our nation was built.”

We can all smoke to that.

This story originally appeared in Tobacconist Magazine.
Check out Fratello Cigars’ Navetta, and the Navetta Inverso.

In Our Humidor: November Edition