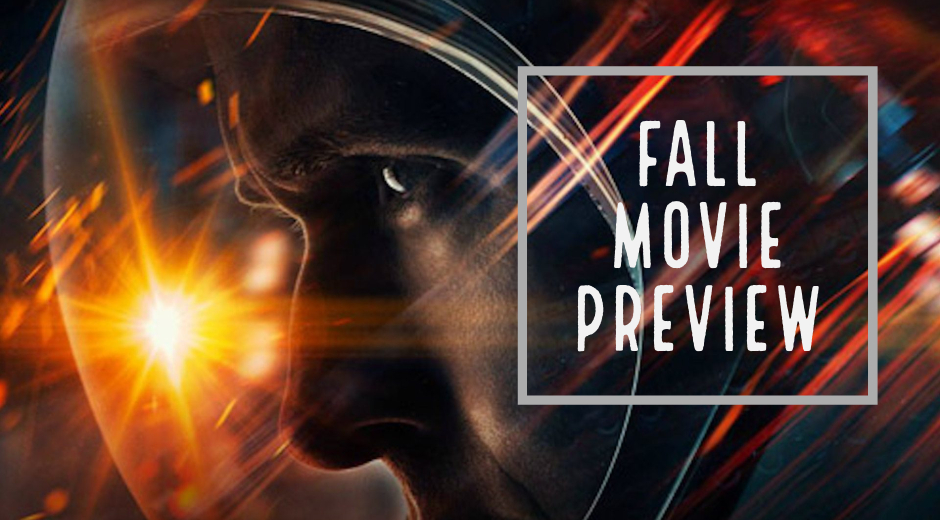 Ah, fall. The air is (finally!) cooling down, and it’s socially acceptable again to sit inside a dark theater. There are quite a few movies coming out this season that we’re excited about. Now if only MoviePass can stay around long enough for us to see them all … here’s hoping and here’re our 10 picks of the fall!

Bad Times at the El Royale

Release date: October 12
Starring: Ryan Gosling, Claire Foy, Kyle Chandler
Director: Damien Chazelle
Fun Fact: Originally, this film was going to be directed by Clint Eastwood, but Damien Chazelle ended up taking the reins, and it’s now his first movie to not be based around music (La La Land and Whiplash).

Fantastic Beasts: The Crimes of Grindelwald

Release date: November 16
Starring: Eddie Redmayne, Johnny Depp, Jude Law
Director: David Yates
What to Expect: Johnny Depp, who plays baddie Gellert Grindelwald, signed on to this series without reading a script because he is such a big fan of the Harry Potter series.

Release date: November 21
Starring: John C. Reilly, Sarah Silverman, Mandy Moore
Directors: Rich Moore and Phil Johnston
What to Expect: All the Disney princesses are appearing in this film, and all are voiced by their original voice actresses, except for Mary Costa (Aurora in Sleeping Beauty) due to her age.

There’re so many good films coming out this fall and holiday season that we couldn’t keep it at just 10, so here’re four more!

The House with a Clock in its Walls

A Star is Born

For more movies, check out how to become an extra in a movie!