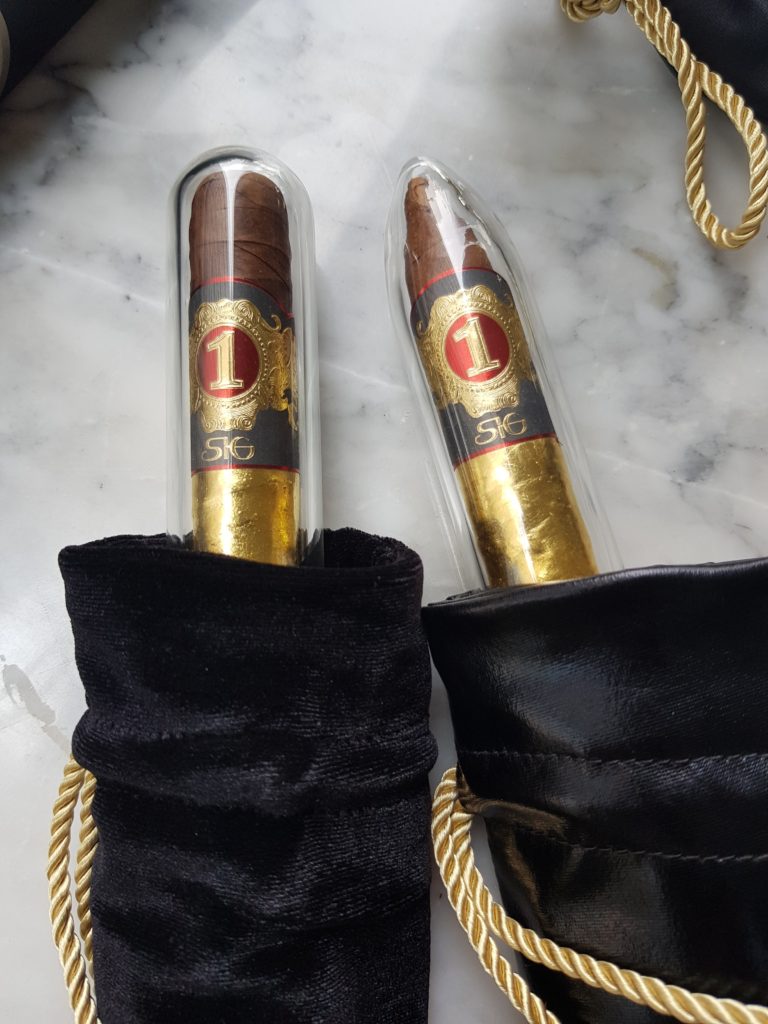 Have you ever wanted to smoke gold? It’s possible! James Wearing-Smith, CEO of Sigar GmbH, has developed Sig 1, a premium cigar wrapped in 24-karat gold leaf. Wearing-Smith is an actor, musician, and producer; has founded an entertainment company; is the CEO of Orpheus Energy in Hong Kong and the executive director of Stark Networks AG; and now has added creating a luxury cigar to his extensive résumé. The best part is that his love of cigars can all be traced back to English actor Sir Roger Moore giving him a Davidoff cigar. 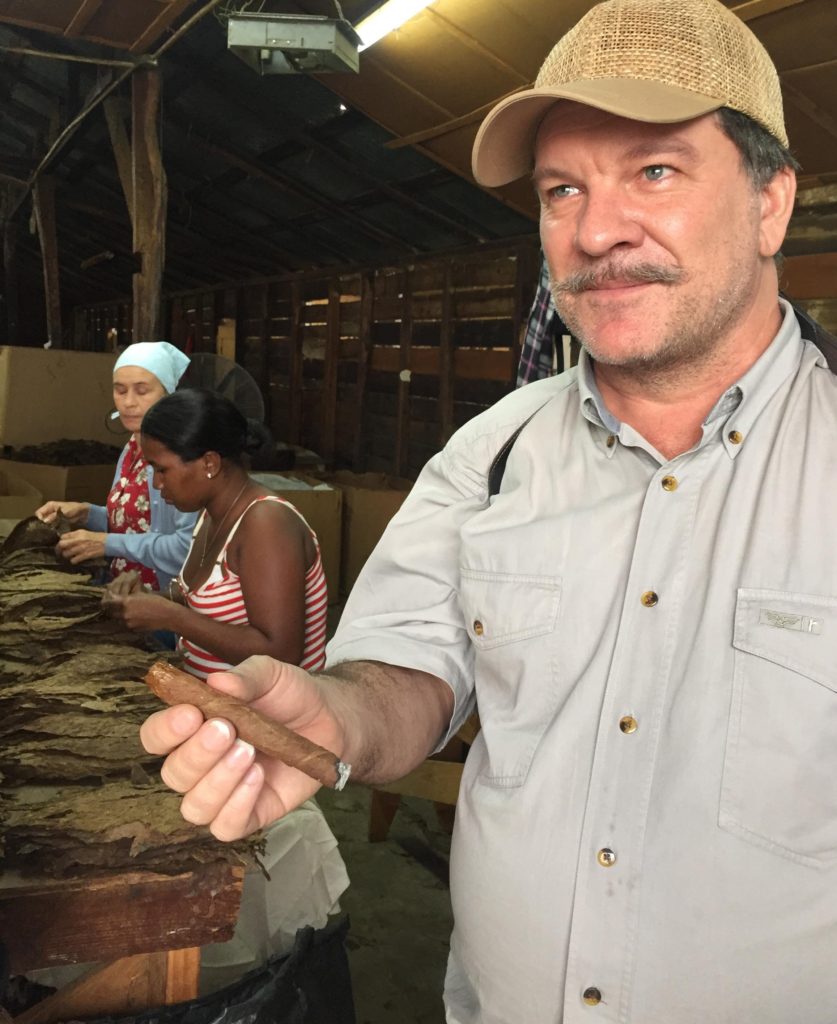 Cigars & Leisure: What gave you the idea to create this premium luxury cigar?
Wearing-Smith: The idea originated from discussions with Peter Mai, a Vienna-based sculptor and painter, whom I met in a Bangkok cigar club in 2009. Peter and I chatted about his idea of a golden leaf cigar that he had launched in 2008, but that idea had failed due to the financial crisis. In 2016, Peter and I decided to begin working together, developing ideas and creating a quality product far beyond anything that is on the market, and in 2017 we launched Sigar GmbH.

Each cigar comes in a humidified Viennese glass tube that is fit with a radio-frequency identification (RFID) Blockchain smart chip. What is the benefit of this?
The RFID chip allows for storage of product information, tracking, and identification. An app is in development that will allow the owners of these products to trade their wares with each other via secure blockchain technology. 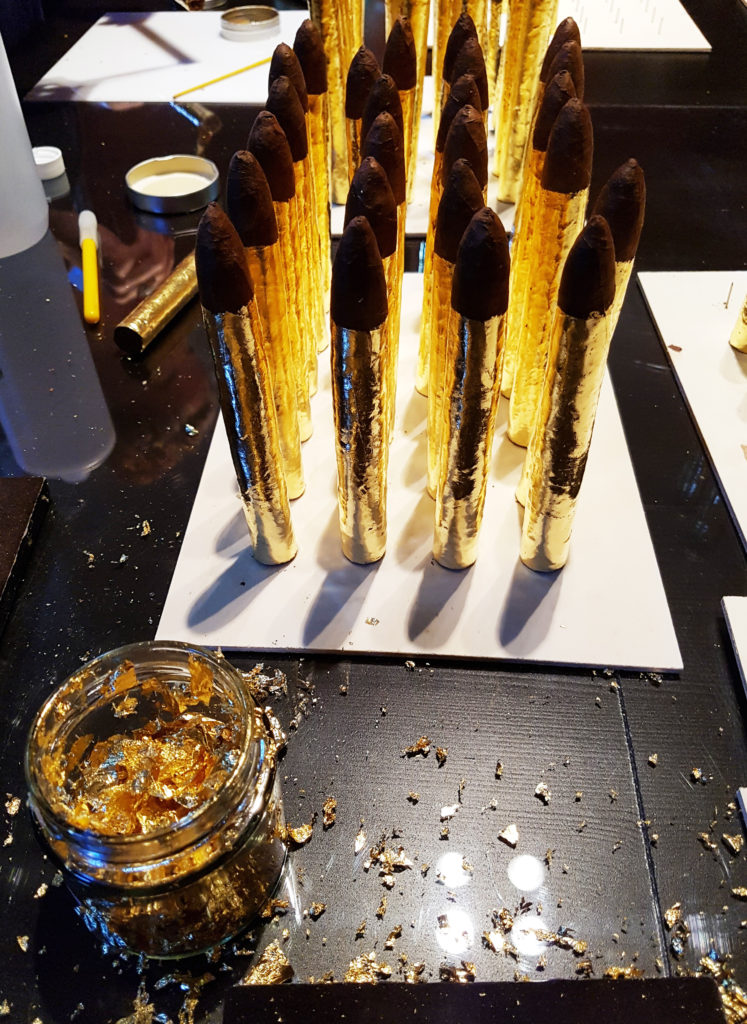 What is it like to smoke 24-karat gold leaf?
The gold leaf helps to contain the ash as the cigar burns, preventing ash from floating all over the place, which can become particularly annoying when there is a breeze. The gold leaf is tasteless, so the blend of the cigar is what matters most. My wife and I attended the 2018 Procigar Festival in the Dominican Republic to meet with friends and associates who are master blenders whom we’ll be producing our special blends with.

How is a 24-karat leaf made? Is the tobacco leaf just dipped in gold?
The process is done by professional gilders and applied by hand, using a careful balance of heat and polishing. Multiple gold leaf pieces are used for each handrolled cigar, depending on the ring gauge and length of the cigar.

Right now, these cigars are only available to a small number of people, like princes in Dubai and celebrities, but will they eventually be made available to the public?
We anticipate the product being available this year, and it is already on display in several locations in Asia. New blends are in the pipeline, and we are not sure exactly how long these will take, considering tastings, time in the aging rooms, etc. The harsh [U.S. Food and Drug Administration] regulations in the United States may make finding a Sig 1 an extreme luxury. 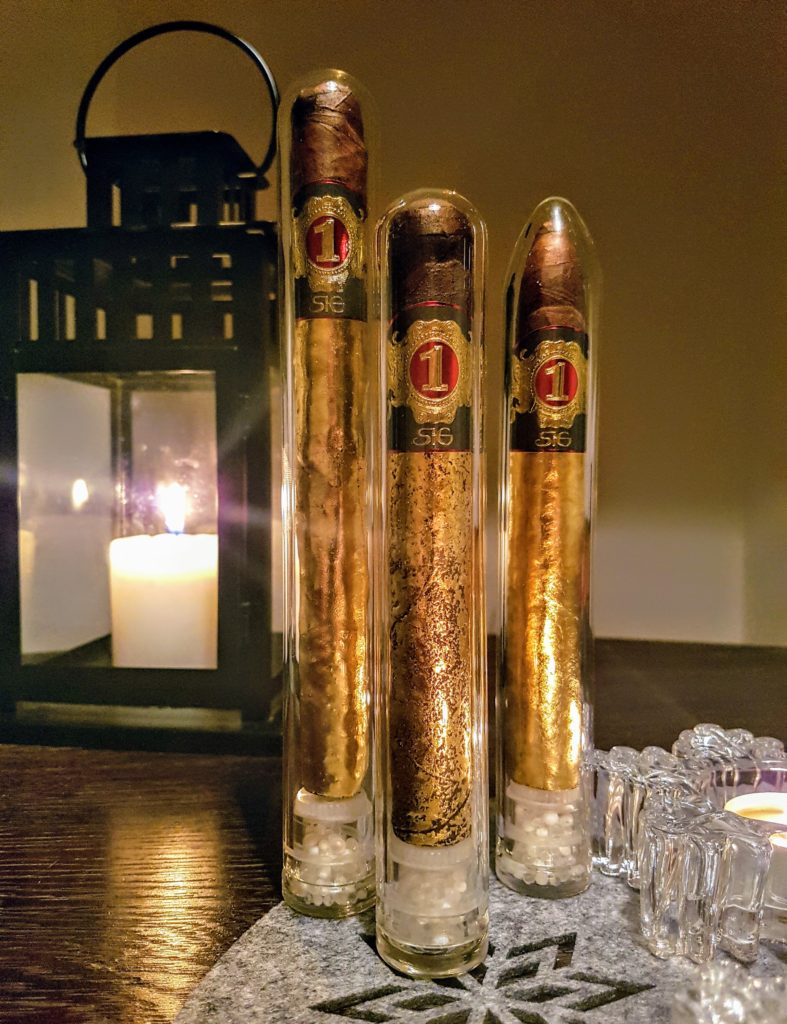 You obviously love cigars. What are a few of your favorites? Do you have a favorite pairing?
I really like E.P. Carrillo’s new products, and with Ernesto Perez-Carrillo and José Blanco teaming up, the blends are awesome. Abe Flores is also capturing my attention lately. It seems he’s going full steam ahead with his rock ’n’ roll approach to blending, which has turned out some really tasty sticks. Pairings-wise, check out my Instagram page @SigarBanker to see how I like to pair cigars and beverages.

How long have you been smoking cigars? What draws you to the cigar lifestyle?
I was introduced to cigars in the early 1990s by the late Sir Roger Moore while working with him on The Quest, a movie also starring Jean-Claude Van Damme. We spent many hours sitting together, and I was in awe of him. He taught me respect, humility, acting, and cigar smoking. My first cigar, a Davidoff No. 2, was given to me by Sir Roger. He said to me, “James, would you like a Davidoff?”—he pauses, due to my hesitation—“I don’t want to force you, you know?” 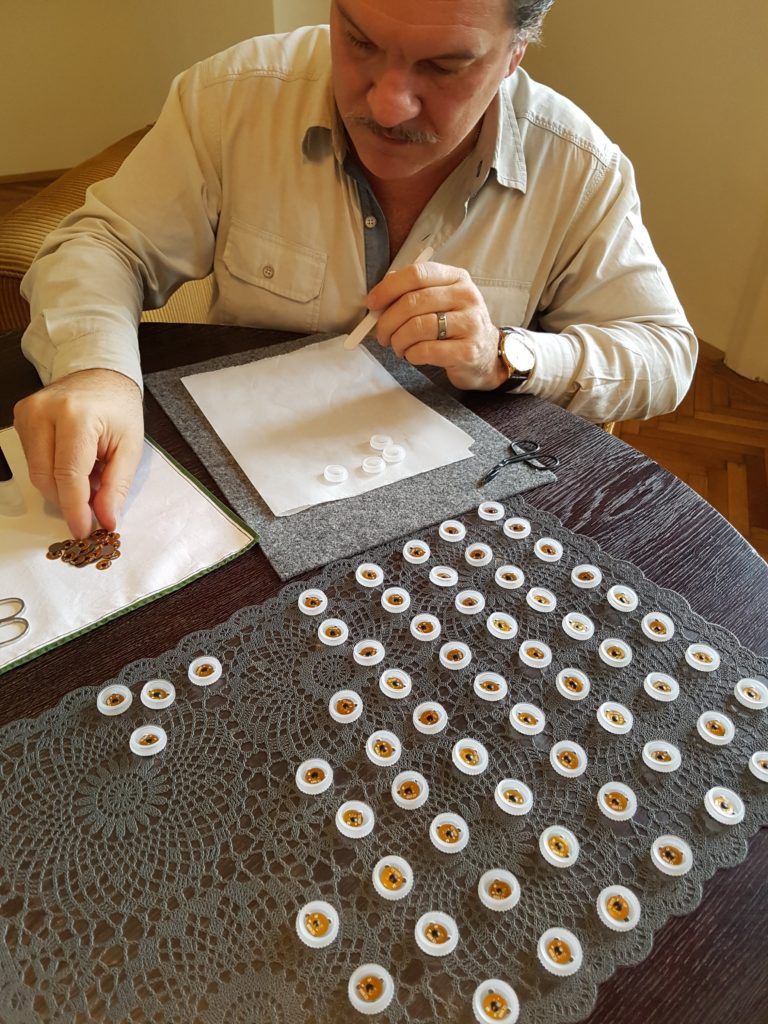