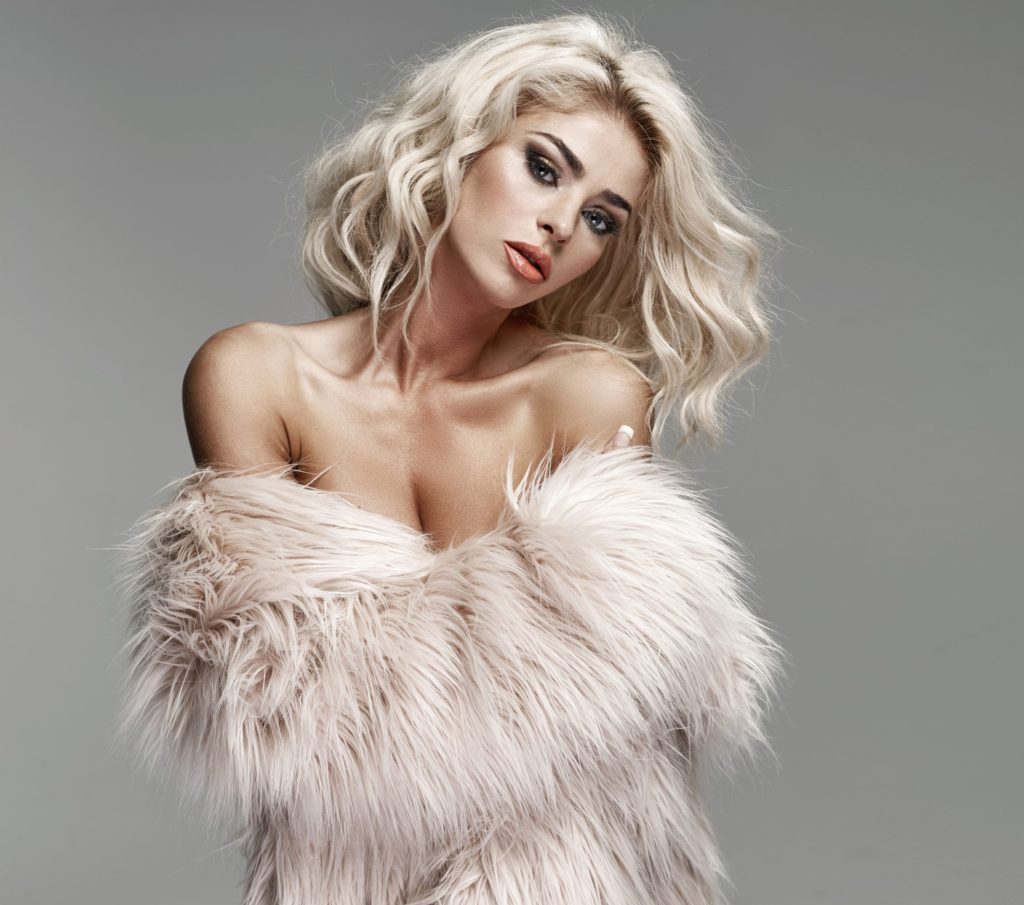 You are a traveler, not a tourist. At home, you are a sophisticated socialite. You are seen at the hottest new restaurants and coolest new bars. You want to take that vibe on holiday—we get you. That’s why we’re rolling out this special travel guide to London.

Travel with us to experience a more authentic side to one of the world’s greatest cities, where hundreds of years of history merge with cutting-edge cool. This isn’t the typical touristy London­—this is the real London. Rediscover the city known as “The Big Smoke” all over again and prepare for what will be an unforgettable winter trip. 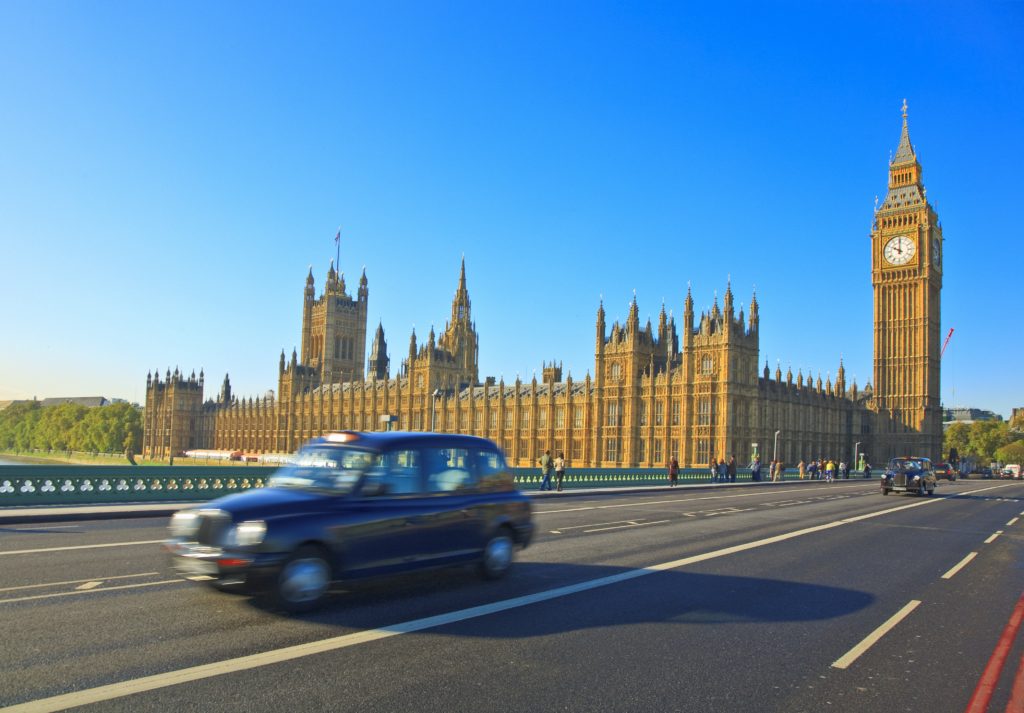 A Day in London

Want to get a true London experience but only have a day in the city? No problem, here is our guide to how a Londoner might spend a rare day off in the city.

London has a huge number of fantastic food markets, though some of the better-known ones have succumbed to their own success and are more of a crush than anyone wants to deal with first thing in the morning.

Tucked away under the railway arches in historic Bermondsey you will find a gem so well hidden many Londoners have yet to discover it. First thing in the morning, those in the know head over to Waffle On (waffleon.net) for light and fluffy continental waffles mixed up with traditional breakfast favorites including maple-cured bacon and egg or smoked salmon. Wash the waffle down with a visit to Little Bird (littlebirdgin.com) for their homemade gin bloody marys.

The Thames Path on a “Boris Bike”

Though officially known as “Santander Cycles,” you will never hear anyone who lives in the city refer to the network of over 10,000 bicycles available for public hire call them anything but Boris Bikes. They got the nickname from the former Mayor of London, Boris Johnson, who enacted the project.

Grab a bike from one of the 700 docking stations, tour our favorite route starting at Westferry DLR station, and take the Thames path toward the city. Cycle along the paths and cobbled streets whilst surrounded by hundreds of years of history of trade warehouses. Stop off at one of the ancient pubs for a local ale, such as The Prospect of Whitby (57 Wapping Wall, London, E1W 3TJ), once a notorious haunt for smugglers, thieves, and pirates, which still has its original flagstone floor from 1520. Ride through the green spaces like Hermitage Memorial Gardens, and admire the Thames and its iconic bankside views as they slip quietly along beside you.

Head away from the river and journey along Brick Lane, the area where Jack the Ripper carried out his bloodthirsty crimes. Brick Lane was the first place in the city where many immigrant communities settled in over past centuries. Jewish and Irish populations fled to London to escape persecution during the 19th and 20th centuries and set down roots here, while today it is the center of London’s Bangladeshi community. This is reflected in a diverse mix of stores and restaurants, from soft, warm bagels to hot and spicy balti curries (a type of curry served in a thin, pressed-steel wok called a balti bowl). 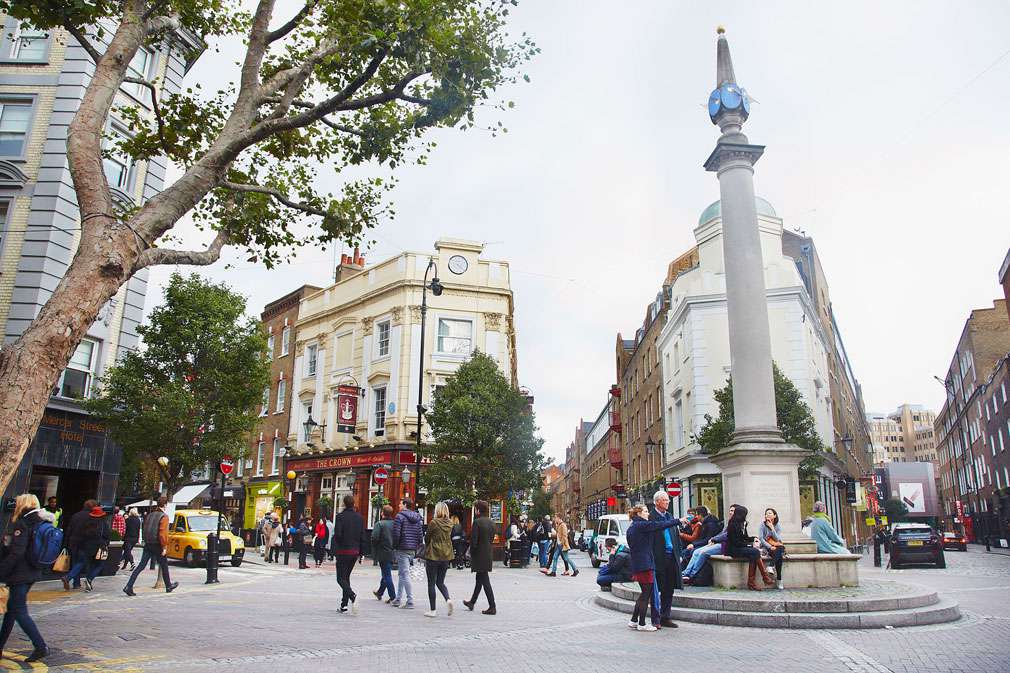 Bus Hopping
After a morning of biking, jump onto the top deck of the number 8 bus back into town. Bus prices are low, and this route will take you through the heart of the capital’s financial district and through to Tottenham Court Road in the heart of The West End the entertainment and shopping heartland. A bonus is that this route is usually operated by the updated and re-launched version of London’s iconic routemaster bus. It’s much more authentic than an overpriced, open-top tourist bus, plus there is a roof if it rains!

Afternoon Tea at the Sanderson

A short walk from Tottenham Court Road is your opportunity to “tumble down the rabbit hole” and enjoy the wonderful world of the Mad Hatter’s Tea party at The Sanderson Hotel (50 Berners St., Fitzrovia, London W1T 3NG, UK, +44 20 7300 1400, morganshotelgroup.com/originals/originals-sanderson-london). Menus hidden inside vintage books, napkins wrapped with riddles, and whimsical culinary treats including strawberries and cream marshmallow mushrooms and a “jelly wonderland” are just some of the treats awaiting guests at what is quickly becoming a London institution. The theme also changes from time to time, so you never know what kind of delicious fun awaits when you visit. Whatever the theme you can be sure of an immersive dining experience like no other. Reservations are encouraged.

In the evening, skirt around the usual tourist hangout of Covent Garden and venture a few streets away to Seven Dials. Should you still be hungry after whetting your appetite, look no further than Native, a tiny, cutesy gem nestled in the corner of the Neil’s yard’s courtyard. Imagine someone took a sponge, used it to soak up all the best bits of British food and then squeezed it out onto a plate, and you’ll begin to understand what dining at Native is like.

Native delivers an original dining experience that encapsulates the country’s best wild and foraged foods, including game, in a laidback, full-flavor adventure through the British seasons. The menu and the décor might be simple, but this allows the quality of the ingredients and head chef Ivan Tisdall-Downe’s skill to shine brighter. The food here is truly sublime and with service that is warm and personal, this is the dining equivalent of a comforting, warm bath at the end of an exhausting day.

St Pancras Station
It would be tempting to describe this place as London’s Grand Central Terminal. The Parallels are clear. Both were designed to radiate wealth and power, and both fell into disrepair before rising, phoenix-like. St Pancras remains one of the most stunning spaces in London. Under its vast wrought-iron and glass ceiling you can shop at miniature versions of London’s most iconic stores in relative tranquility. Famous brands with outposts here include Fortnum and Mason, Hamley’s Toyshop, and Aspinal of London, makers of luxurious leather and stationery items. St Pancras is also home to the longest champagne bar in Europe, which serves more than 15 varieties along its 322-foot length. With a ‘press for champagne’ button and table service, your glass will never be empty.

Kings Cross Station
It is a testament to the skill that has taken to restore them that not one but two railroad stations make this list. Kings Cross can’t match its sister across the street for elegance or grace, however it does have a “diagrid” roof—similar to the British Museum’s Great Court, with a 492-foot span—with not one visible bolt in the entire structure. It also hosts a farmers market Wednesday, Thursday, and Friday afternoons and evenings.

However, the real reason to come here is to follow in magical footsteps. As any fan of J.K. Rowling’s best-selling series will know, King’s Cross is where students of Hogwarts School of Witchcraft and Wizardry catch the Hogwarts Express. Today you to have the chance to disappear through the wall on your way to magic school within the station. Just make sure Muggles don’t spot you ….

Granary Square
Walk behind King’s Cross station and you’ll find the real gem in the restoration crown. Granary Square is the site of a former canal basin where barges carrying goods from across the country

Here is a quick summary of the transport options available. For more information, visit TfL.gov.uk.

Driving
Cars can be hired across the city but driving in London is slow and expensive, and parking is difficult—driving is not recommended. A congestion charge applies in the center of the city on weekdays.

Fares
The cheapest and easiest way to pay for public transport is using a contactless credit or debit card. Alternatively, pick up an Oyster smartcard at Tube stations. Paper tickets can be purchased at stations but are an expensive way to travel.

The Tube & Docklands Light Railway (DLR)
Iconic, extensive, and convenient, the tube should be most people’s “go-to” way to get around London. Most services run 5:30 a.m. – 12:15 a.m., but since 2016 increasing numbers of lines are running 24 hours on weekends.

Buses
The bus network is cheap, extensive, and fully accessible. Buses also announce the next stop so you shouldn’t get lost. They can be slow, however. Pay with your contactless card or Oyster card when boarding, and be mindful that buses do not accept cash.

Taxis and Minicabs
Black cab journeys can be hailed anywhere, but that convenience is expensive. Uber cars are ubiquitous, and minicabs, which must be prebooked, provide cheaper fixed-fare journeys.

For more on London, visit these links:

Where to Stay
Where to Eat
Things to Do
Nightlife

Where to Smoke: Minneapolis