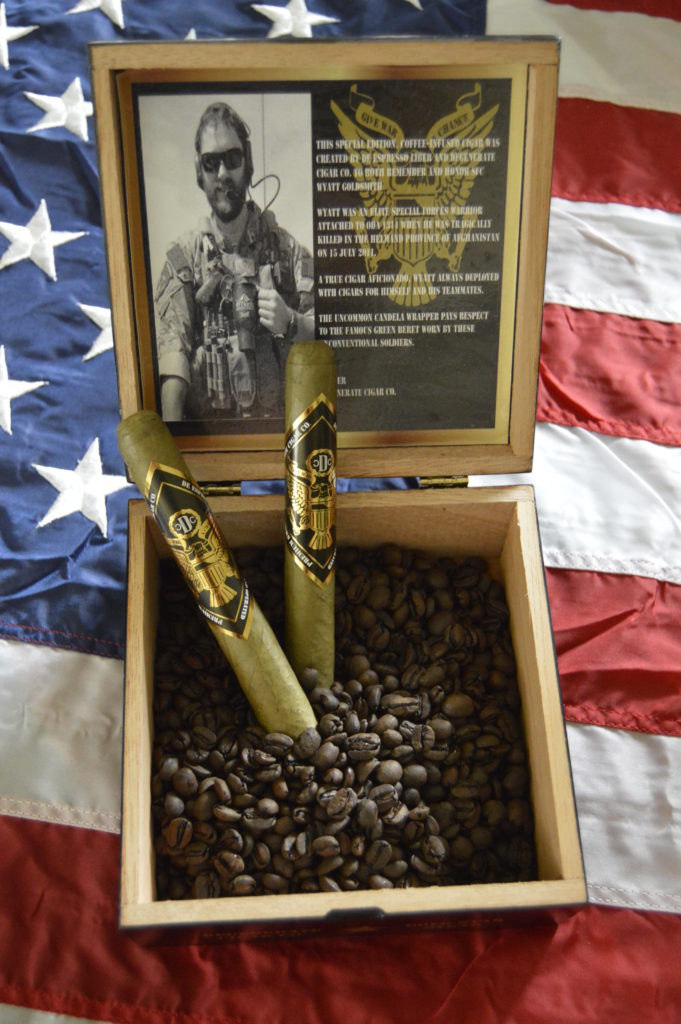 Sawyer Wickersham’s love of cigars began on his 18th birthday, when his grandfather took him and his friend, Nick Post, now co-owner of Degenerate Cigar Co., to Canada for a fishing trip. While sitting on their boat on a serene lake, his grandfather gave them each a glass of scotch and a cigar.

“Truthfully, it was a terrible cigar,” Wickersham said. Later, while golfing, his grandfather tried again and gave them each another cigar. Wickersham said this was the cigar that sparked his interest. Fast-forward four years, and Wickersham says he’s tried roughly 600 unique cigar blends. 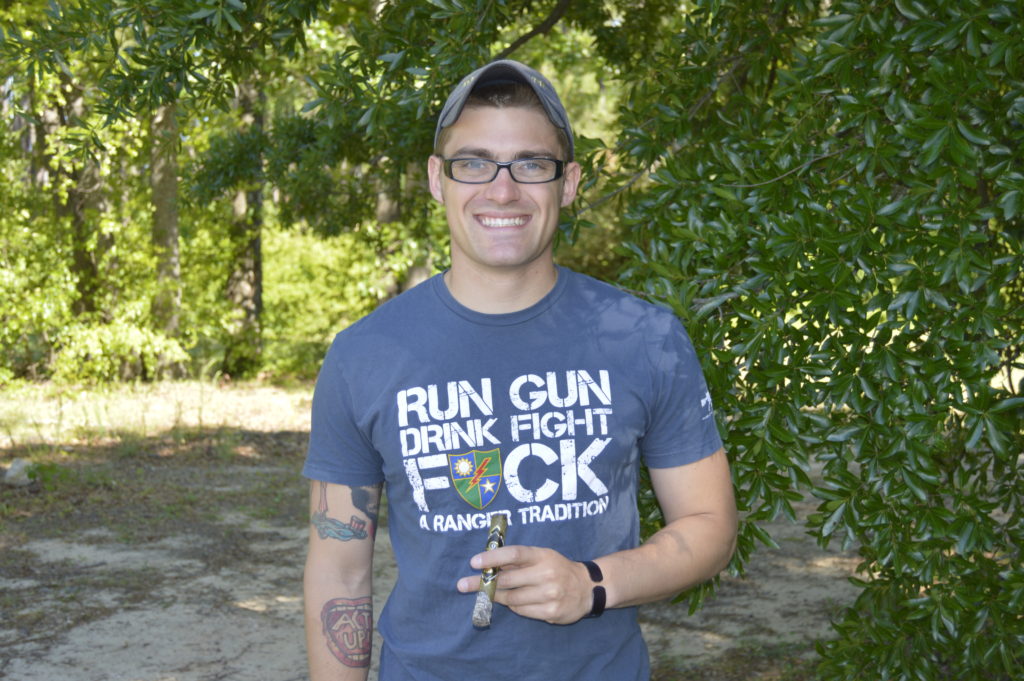 “My wife was noticing how much I was spending on cigars,” Wickersham said. “She told me I should try my hand at my own blend and possibly make a little money in the industry I had spent so much on.”

Wickersham is currently an active-duty Army Ranger with two deployments to Afghanistan under his belt. It was while he was on his second deployment, smoking what he described as “some really bad cigars,” that he began to seriously consider what his wife had suggested about starting a company.

“I figured I would try to apply the Special Operations motto of ‘quality over quantity’ that my Ranger unit has instilled in me,” Wickersham said.

Next was the question of a name. He said it came to him while he was in Washington, celebrating the anniversary of the 2nd Ranger Battalion. “My friends and I were listening to old war stories, and we outdrank most of the other vets there,” Wickersham said. “One of the older vets affectionately called us degenerates. The name stuck.” 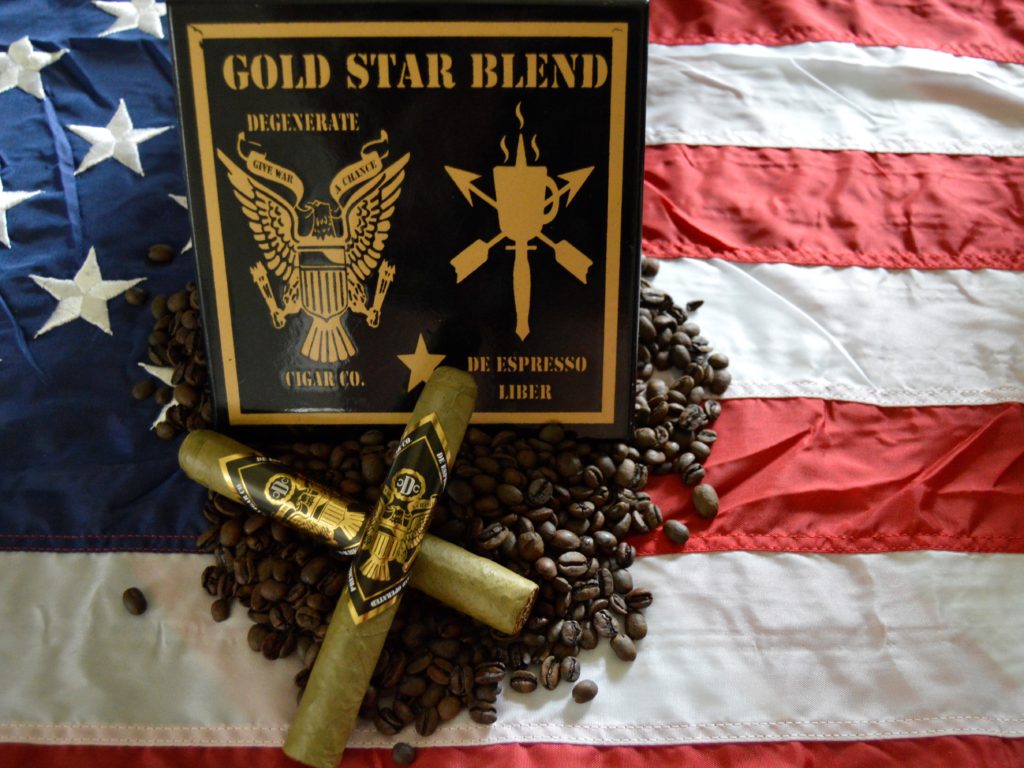 One of the reasons Wickersham got into the cigar industry is because he loves the diversity and range of cigars. “I love that a slight change to a cigar’s shape, size, or composition can have a profound effect on flavor. The diversity is incredible,” Wickersham said.

The first cigar the company released was the Gold Star blend, a coffee-infused candela Robusto rolled in the Dominican Republic. Gold Star is a military term referring to a family that lost a loved one overseas, with this blend specifically honoring Sgt. 1st Class Wyatt Goldsmith, who was killed in Afghanistan in 2011.

Additionally, Degenerate Cigar Co. donates a portion of its sales to the Green Beret Foundation, which, among other things, assists Gold Star families with funeral expenses.

“We hope to leave a mark on the cigar industry, not just as a veteran-owned cigar company but as a good cigar company who raises awareness for our charities,” Wickersham said.

Even though there’s a story behind each of the cigar lines, Wickersham says it can be difficult to sell a coffee-infused candela.

“When cigar smokers hear the word ‘infused,’ most will lose interest,” Wickersham said. “It invokes images of White Owls or Swisher Sweets, with their flavored, sugar-capped cigarillos. It’s a difficult barrier to overcome. But once they smoke it and realize there isn’t a sugar cap, and they hear the story behind the cigar, they enjoy it.”

Along with Gold Star, Degenerate Cigar Co. is launching two more blends later this year, the Degenerate blend and the Quantum Knot. The company’s fourth blend is set for a 2018 release and will honor Navy SEALs. 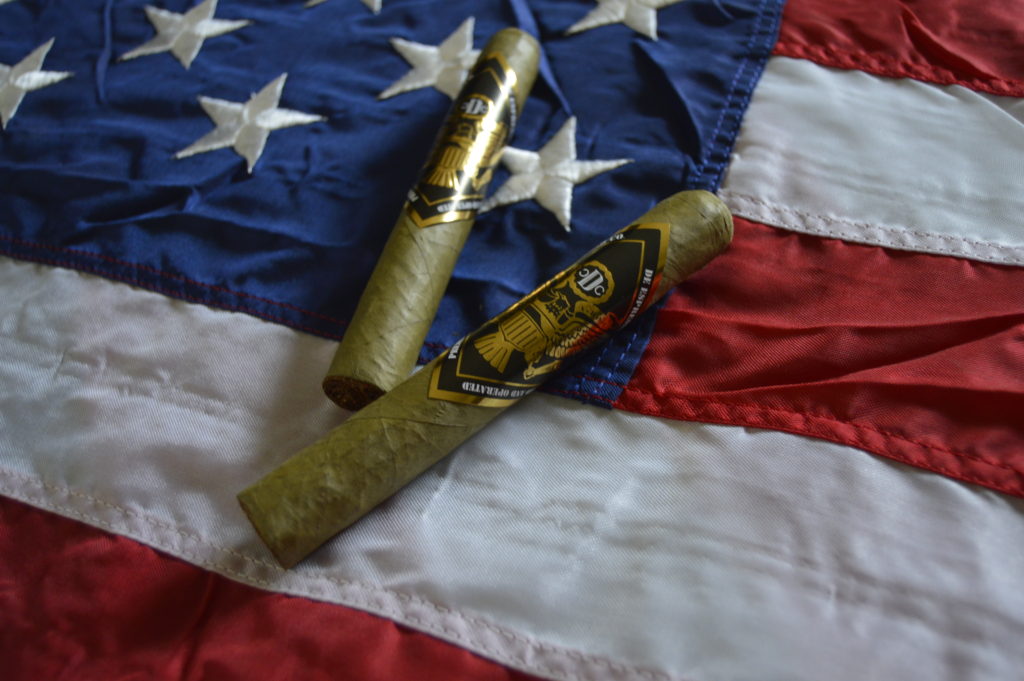 Favorite cigar/drink pairing? I don’t know if I have a favorite cigar. Obviously, I love our blends, but my top five would probably be Aging Room M356, Marcus Daniel Sun Grown, CAO Sinister Sam, Viaje Zombie Antidote, and Drew Estate’s Undercrown. I could smoke an M356 paired with a double glass of Kinnickinnic Whiskey every day and be happy.

Favorite bands? I listen to some pretty heavy metal. I like the Browning, Trivium, and Thy Art is Murder.

Check out our favorite Independence Day cigars, and Epic Shields.

In Our Humidor: Winter Edition

The Story of Micallef Cigars