A Conversation with Seether 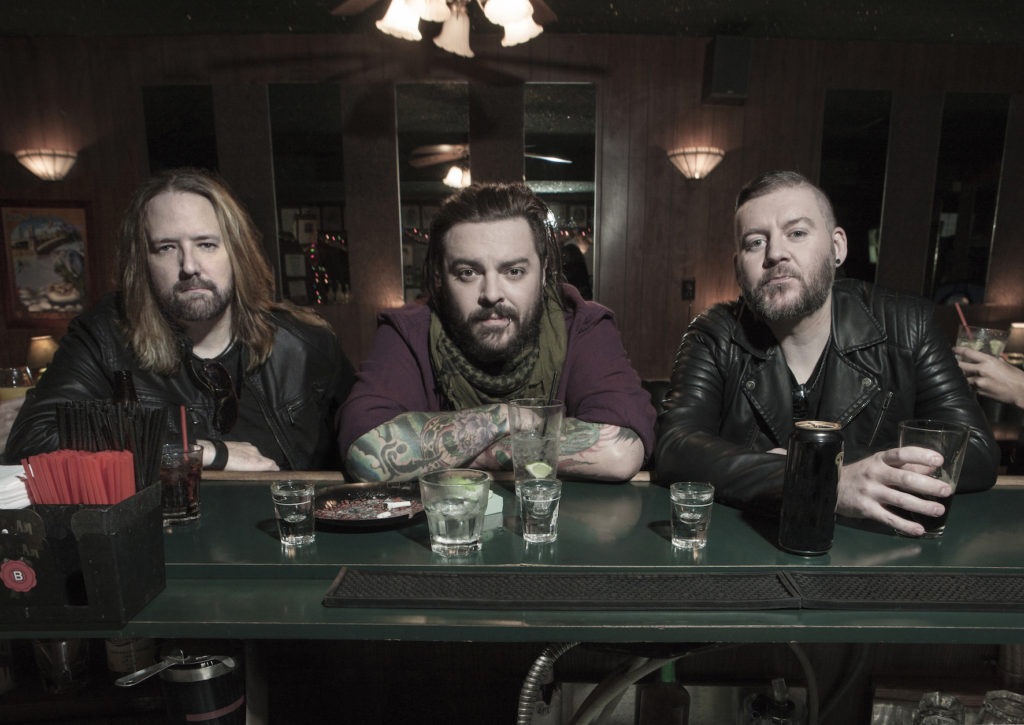 Seether is already having a very busy year. Last month, the rock band released its seventh studio album—Poison the Parish—started a five-month tour in April, and have expanded Rise Above Fest, a festival created by frontman Shaun Morgan that raises money and awareness for suicide prevention, to two days in July. Oh, and they even recruited Sevendust guitarist Clint Lowery to join the band’s lineup for their tour.

“Goddamn, it’s good to be back,” says Morgan. “We spent the better part of a year writing and recording Poison the Parish, and now it’s time to get out there and play that fucker to the fans. It’s going to be loud, heavy, old-school Seether with a couple of twists thrown in to keep things exciting.” 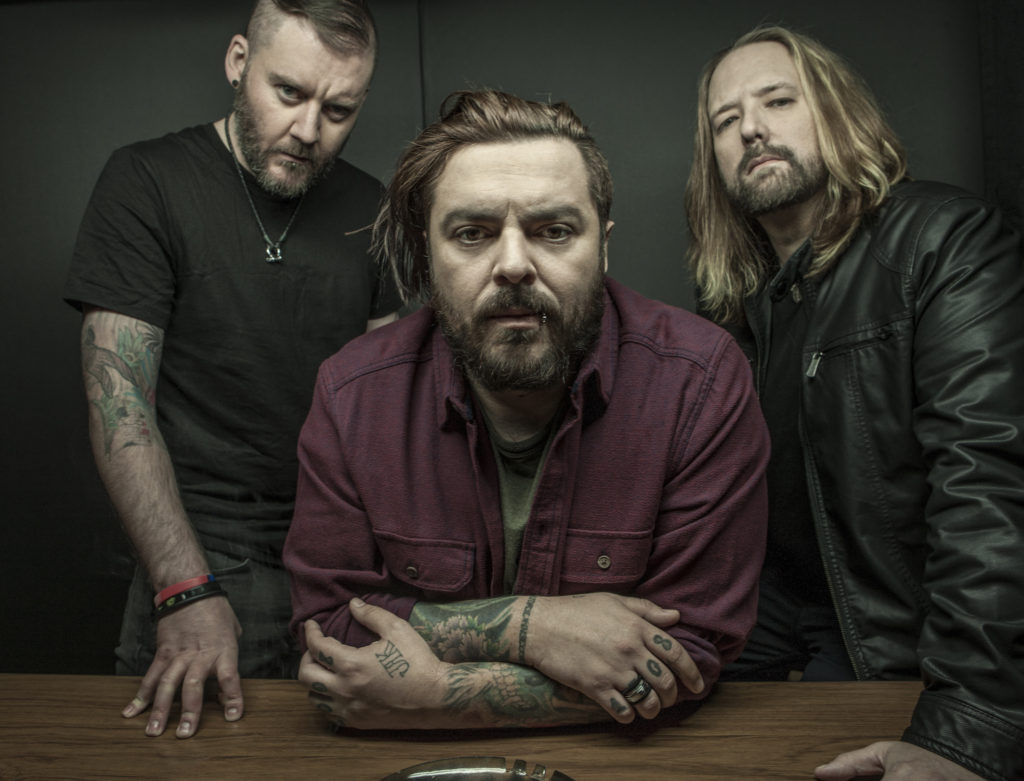 Hailing from South Africa, Seether began in 1999 as a band called Saron Gas, but the name was changed shortly after being signed because it sounded too close to the nerve agent sarin gas. Dale Stewart, vocals and bass, has been with Morgan since almost the beginning, with drummer John Humphrey joining up in 2003. Ever since then, Seether has traveled the world, headlining festivals and averaging 90 performances a year. They have 20 top-five singles, three platinum records and many No. 1 hits, including a much-loved cover of George Michael’s “Careless Whisper.”

As for Poison the Parish, the first album produced in its entirety by Morgan, he says it’s about bringing back musicality, playing loud, and the importance of having something to say that the band can stand behind. And they made certain this album is their heaviest yet. 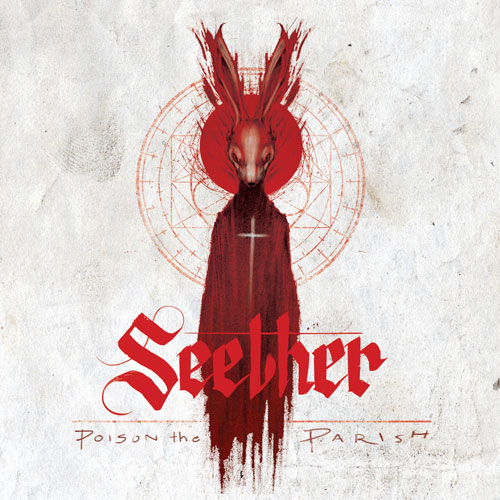 “What it really boils down to is that I am disgusted and horrified by what I see society becoming—the complete idolatry of vapid social media and reality TV ‘stars,’” Morgan says. “It hearkens back to the days of clergy shaping a society as voices of authority; now we’ve got these people glorifying soullessness and lack of talent. They’re preaching this gospel that you can be famous as long as you have the right face or the right body or the right connections. They aren’t saying, ‘Hey, go out there and write a book, invent something, try to cure cancer.’ It’s all about getting the angles right, to create this illusion that your life is great.”

This album has no specific agenda, political or religious; Seether simply wants to give something back to the fans, to “make people’s lives better in some way. That’s really the point.”

It’s apparent their music has made a difference in the lives of many, specifically with Rise Above Fest, which is now in its fifth year. In addition, a portion of all their ticket sales will benefit the Rise Above Fund, a subset of Suicide Awareness Voices of Education.

Cigars & Leisure decided we needed to see them play live for ourselves, so we headed to Carolina Rebellion, one of the biggest rock festivals in the country, to have our faces melted by Seether’s rock. And melt it did. They put on a primal and raw show, and the crowd ate it up. We wanted to learn more, so we decided to call up Stewart to talk a little more about their new album, the current tour, John Denver, and his love of cooking.

Cigars & Leisure: Your new album, Poison the Parish, is the first one Shaun Morgan produced in its entirety. What was the biggest challenge producing the record as a band?
Dale Stewart: The biggest challenge was trying not to overjudge ourselves, especially being a first-time thing. There was a lot of pressure to make something that’s good and to prove to the label that we can do this. We tried to not overthink things and stress ourselves out, but it was actually pretty stressful. We went in and knocked it out in about two weeks, and we’re very happy with the results. It was probably the most honest Seether album in years; there was no outside influence and no extra opinions.

What’s your favorite place or venue you’ve ever played?
That’s hard. There’s a couple places where we’ve had great shows, but one that stands out most for me was a show we played in our hometown of Pretoria, South Africa. There were tons of people, and my parents were there. It was one of those experiences where I felt 10 feet tall.

Do you have a song that you just hate playing live because you’ve done it so many times?
Um, not really. I really like all the songs we play, and if we really don’t like a song we just don’t put it in the circuit. We did a version of “Careless Whisper,” which the fans love and ask us to play all the time, and we’re like, “Well, how about we play this other song instead?”

The fifth annual Rise Above Fest is later this summer. Have you seen a lot of lives changed by its message of suicide prevention and awareness?
Yeah, a lot. The first year we put it on it was extremely modest, and now it’s this huge thing where some of the biggest bands in the world play. It’s been amazing to watch it grow and that it has such a positive influence. We’ve heard from a lot of people that tell some amazing stories, and it’s really moving. It’s managed to do a lot of good. It’s nice to be a positive influence, even if it’s a small one. Yeah, it can be sad sometimes, but the festival is more of a celebration of life. 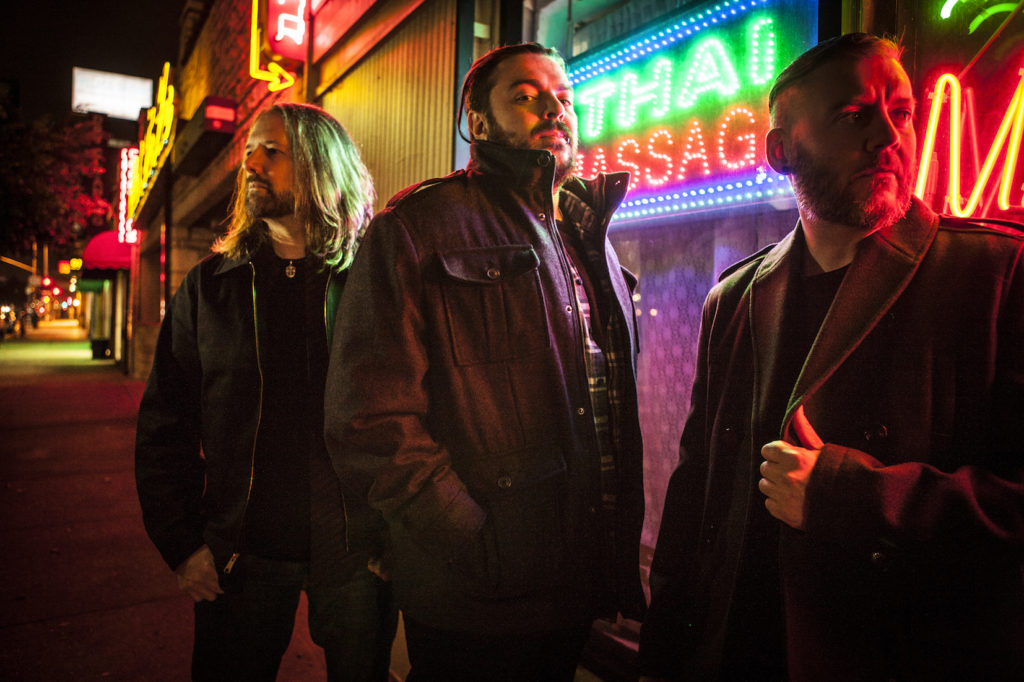 Do you have a favorite country to play in?
Probably Australia. We just always play the best shows there. But Germany is always great, too, and France and South America. It’s a toss-up between Australia and Germany, though, but I’ll stick with Australia.

What’s your favorite drink to have after a show?
Scotch would be my drink of choice; it’s just relaxing, you know? But it’s so relaxing it’s best to keep it for after the show.

Do you have a favorite drink while you’re on stage?
Yeah, probably a vodka mixed with Gatorade or Red Bull. Something that’s cold, will you keep you hydrated, and has a little energy to it.

What’s the most extreme thing you’ve ever done?
I think my whole career choice has been kind of extreme. I don’t know if it’d be extreme, but jumping off things on stage that are really high just trying to look cool. Maybe playing while blackout drunk? That’s extremely stupid.

Do you have a fan encounter that sticks out to you, good or bad, that you’ll never forget?
Just off the bat, one weird one was when a fan came up, pulled his leg off, and said, “Hey! Would you sign it?” That’s dedication.

If you could have any job other than being a rock star, what would you want to do?
I would love to be a Formula One race car driver. That would be my wildest dream. 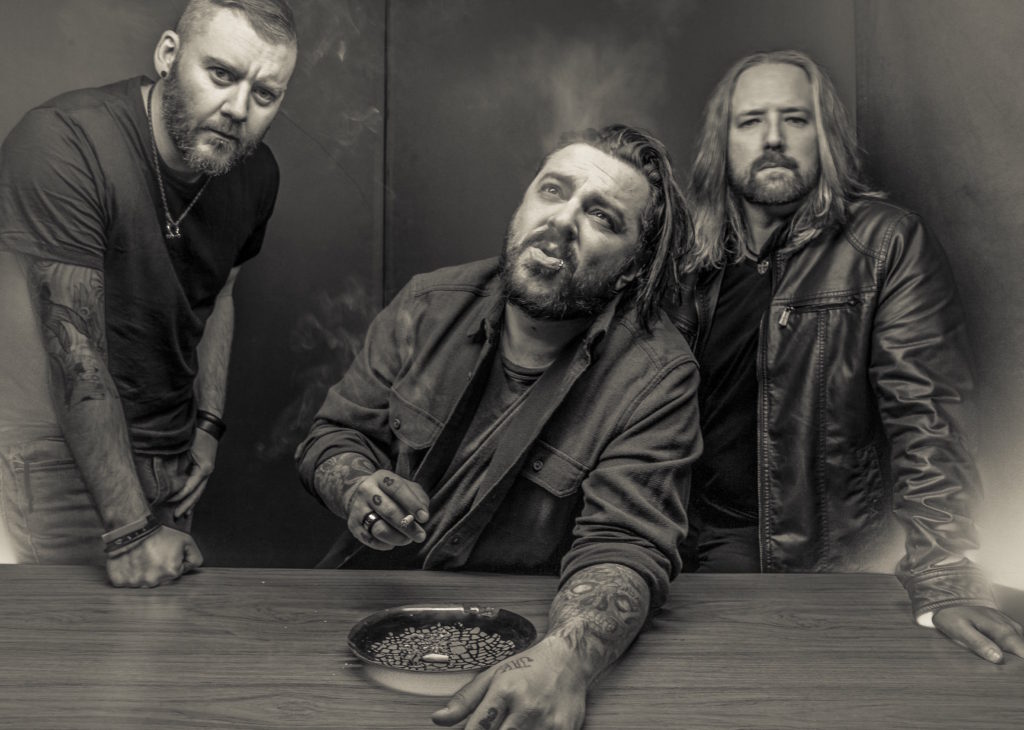 Are there any good bands you are listening to now?
Sigur Rós; they have some amazing stuff. I’ve been listening to Twenty One Pilots a little bit. That’s a fun band, and they’re a little different from what we do. We listen to rock music and do festivals all the time, so when I have a drink or get on the bus I’ll put on like, Explosions in the Sky—something super mellow to wind me down from all the hardcore. Just a lot of mellow stuff and some rock here and there.

Are there any musicians or bands people would be surprised to hear you like?
Yeah, a lot. I listen to some weird stuff, like a lot of John Denver. Just odd stuff like that. When I’m getting ready for a show and have music on, people will be like, “What are you doing? What are you playing?”

I’ve got to ask: Do you have any guilty pleasures? Ones you can talk about, of course.
Yeah, there’s some old shows I’ve been watching. I think it’s more for nostalgia because I remember watching some of these shows with my mom when I was a little kid back in the early 80s. Also, cooking. I enjoy cooking. That’s not really rock ’n’ roll, though.

What’s your favorite dish to make?
Everything. I enjoy grilling a lot and slow roasting. Meats—I enjoy meat. Chicken. Italian food. I like to come up with random stuff, and I don’t really follow recipes; I wing it as I go. If it’s terrible then we’ll order pizza. If it’s good, then I’ll remember the recipe for another time. But yeah, that’s not very rock ’n’ roll either.

You can find more about Seether, including tour tickets, links to their YouTube channel, and album downloads, at seether.com.

Like music? Check out our interview with Greta Van Fleet, and Josh Todd of Buckcherry.