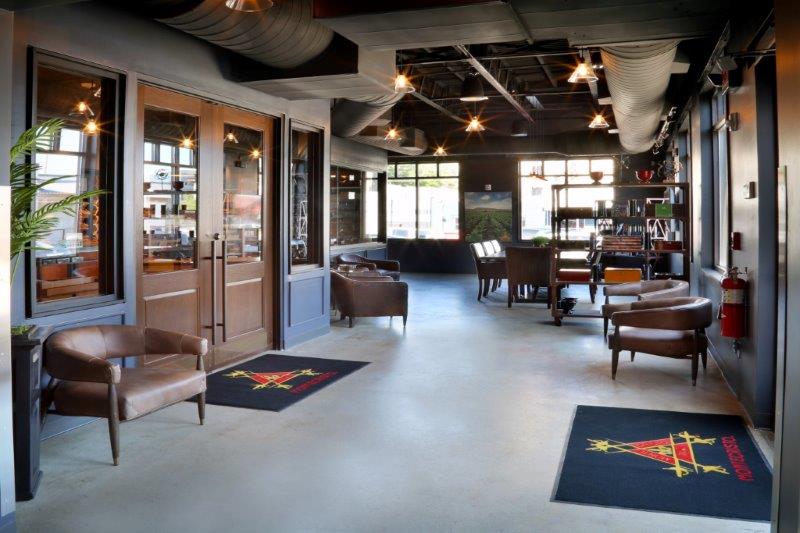 It’s Friday, which means it’s almost time to turn off our computers and head outside. But before you do, here’s the cigar news from this week you should know about!

On June 28, the House Appropriations Subcommittee on Agriculture passed legislation that includes a provision exempting premium cigars from FDA regulations. The provision, which applies the same definition for premium cigars as included in stand alone legislation already introduced and supported by over a quarter of Congress, applies the exemption for one full Fiscal Year (October 1, 2017 – September 30, 2018).

The path forward for the bill remains long. The full Appropriations Committee must now consider and pass the bill – followed by passage by the full House of Representatives, then it must be conferenced with the Senate’s yet-to-be introduced legislation.

This is the first step in a process, but Mark Pursell, IPCPR CEO remains very encouraged by the decision from Subcommittee Chairman Robert Aderholt (R-AL) and Ranking Member Sanford Bishop (D-GA) to include this language. “Their leadership speaks volumes – it provides some reassurance to our small business retailers across the country that they haven’t been forgotten, despite the FDA’s decisions last year.”

IPCPR’s government relations team will continue to engage with the House and Senate as both consider FY 2018 appropriations bills – and the association will continue to pursue all potential remedies to the onerous and short-sighted regulatory burden placed on our industry by the FDA.

For more info, head to ipcpr.org.

When John Mahroukian (“JM”) founded the company in 1996, Española was his first offering to cigar lovers.  Its date of inception and production fully qualifies it to be grandfathered in accordance with FDA regulations.

Española has enjoyed two decades of continued success, even after the company turned their focus more on value-priced cigars.  According to JM’s president (John’s son) Anto, “JM has specialized in all-handmade cigars with 100% fully-aged Cuban-seed Central American and Dominican blends and choice wrappers.  All our cigars share this level of quality and performance, and all retail for less than $3.00.  This market philosophy has made our company message of ‘Your Daily Choice’ a reality for smokers.  Our many blends, wrappers and shapes provide enough variety to satisfy those who enjoy more than one cigar a day.” 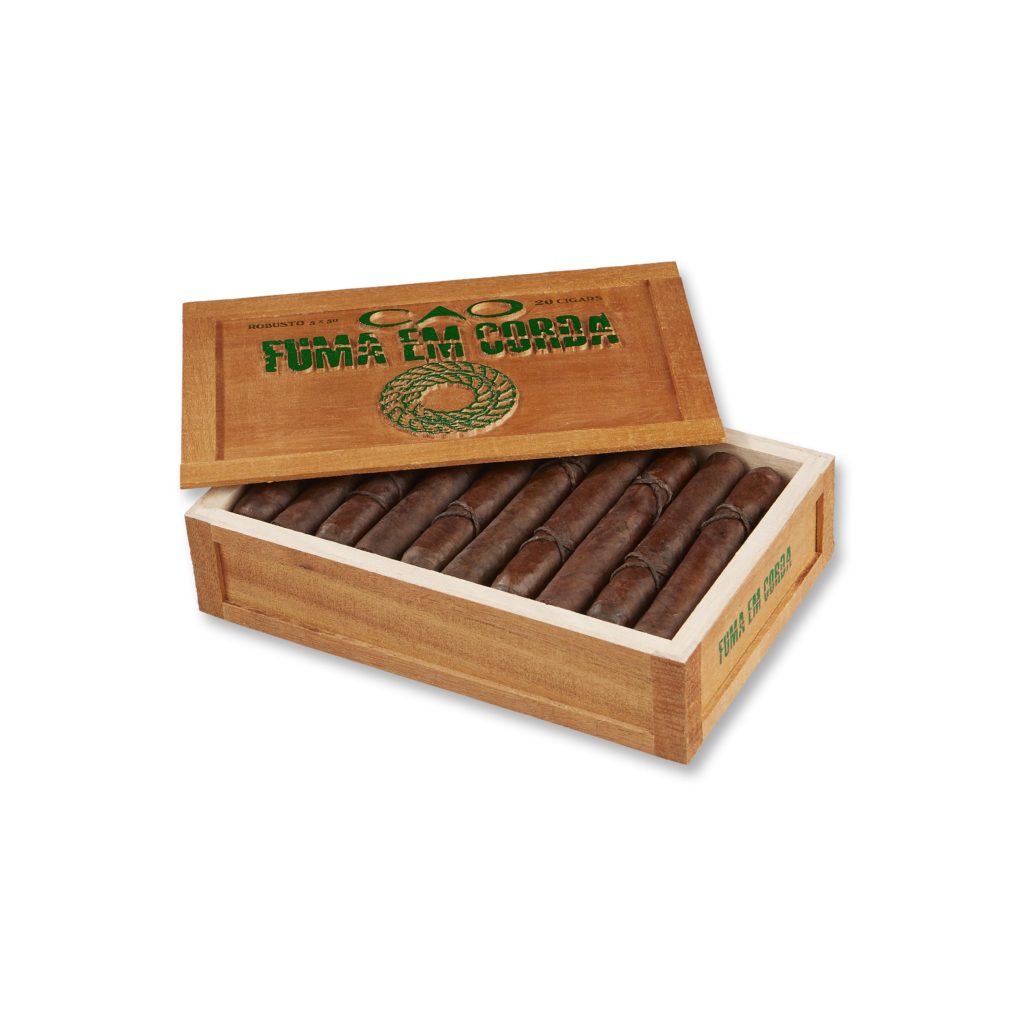 It started with Amazon Basin and the journey continues with CAO Fuma Em Corda, a new limited edition release made with the world’s most rare Brazilian tobacco.

A trilogy is in the making…

Known as the Indiana Jones of the cigar business, Ernest Gocaj traveled to Brazil in 2012. There, in the Amazon, he met natives who cultivated a rare variety of tobacco. The tobacco Ernest discovered was Brazilian Bragança tobacco, the foundation of CAO’s Amazon Basin.

Fast forward to 2015. Ernest returned to Brazil, this time to the Alagoas region in the center of the country. There he was witness to an ancestral fermentation method that produced tobacco with flavor like nothing else.

In the Alagoas, the natives fermented Arapiraca tobacco in ropes and call the tobacco Fuma Em Corda. Ernest put the fermented tobacco in his mouth and chewed it to experience the aroma and flavor. He instantly knew he was on to something. To get his hands on as much of this tobacco as he could, Ernest told the farmers he would take all of that year’s harvest, right then and there.

The tobacco ropes were shipped to Honduras and CAO’s blending team took over. This is the story of CAO Fuma Em Corda.

With the tobacco delivered safely to Honduras, Ernest stepped out and Rick Rodriguez (blender/ambassador) stepped in. Together with the CAO blending team, Rick built the blend around the Brazilian Araparica tobacco. In a nod to Amazon Basin, Rick and the team included Brazilian Braganca in the blend for Fuma Em Corda. They added Honduran and Nicaraguan tobaccos, to bring a deeper dimension of spice to the salty, earthy flavor of the Brazilian leaves. A Cameroon binder was chosen to deliver a solid burn, and the blend was wrapped in a Honduran Colorado wrapper to deliver a cigar with notes of leather, roasted coffee and black pepper.

CAO Fuma Em Corda is a limited edition blend that will never be re-released. Just 3,000 boxes have been made for sale only at cigar shops, and by the time the cigars hit retail later this month, they will sell out in the blink of an eye. The cigars are made in Honduras, packed in rustic wooden boxes and only available in a 5 x 50 Robusto, selling, if you can get them, for $8.99 per cigar. Twenty-count boxes will sell for $179.80.

CAO Fuma Em Corda is also being released in limited quantity, in a 6 x 58 Toro.

One final note: Ernest returned to Brazil for one last time. He scored his last batch of Amazonian rainforest tobacco, for another limited release. Stay tuned for more on the final installment of the CAO Brazilian tobacco trilogy. 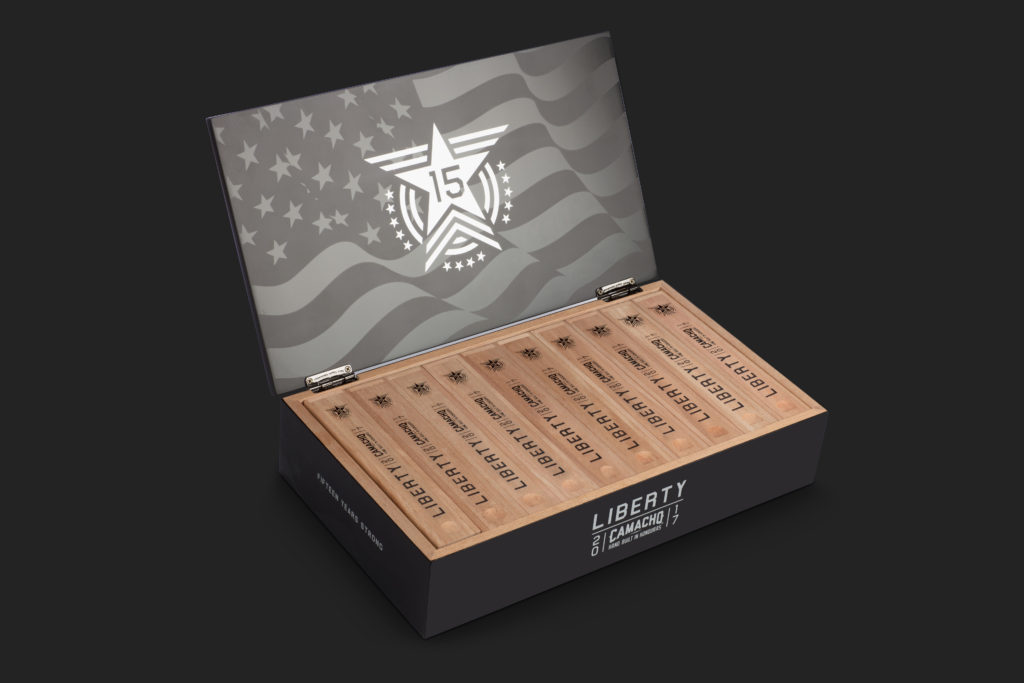 The Camacho Liberty, starting with its inaugural release back in 2002, has become a staple each year for collectors and aficionados of bold, full-frontal cigars. Since its inception, this yearly special edition has launched just ahead of the 4th of July holiday and is a celebratory smoke built to honor the birth of the United States.

The crafting of each Liberty cigar begins 12 months before the tobacco hits the rolling table, with the final selection drawn from the best concept blends developed over that previous year. The cigars are then rolled and left to sit for more than 6 months.

Events take place July 21 and 22 at the lounge at 600 Ninth Avenue, in Nashville’s Gulch area. Events include music by a local DJ, product tasting, premium liquor, raffles and premium goodie bags. Special VIP celebrities also will be on hand.

“This new 3,200 sq. ft. lounge features a walk-in humidor, private patio space for 20 and a full bar,” says Steve Lochan, chief executive officer of Casa de Montecristo. The lounge will house more than 200 brands of premium cigars, including exclusive and hard to find selections. “We’re excited to bring Casa de Montecristo to such a vibrant and central Nashville neighborhood. This will be a great fit for us.”

A decade in the making, the Casa de Montecristo program opened its first Casa de Montecristo location in 2008. The program includes company-owned stores and licensed-based partnerships with some of the top established premium cigar retailers in the country.

The rare Casa de Montecristo moniker is awarded only to premium cigar stores and lounges that exemplify the luxury, quality and lifestyle that have been associated with the Montecristo brand.

Mombacho Cigars, S.A. will debut their latest release, Cosecha 2012, at the upcoming International Premium Cigars & Pipe Retails (IPCPR) trade show in Las Vegas, NV. The Cosecha 2012 will be on display in the Mombacho Cigars booth (#455) starting on July 11, 2017.

“This is a project of historic magnitude, not only for Mombacho Cigars, S.A. but for the whole cigar industry. Through a complex process, we will highlight the best of Nicaraguan tobacco crops every year starting with 2012. Not all tobaccos are acceptable for this line; this is a true vintage,” said Mombacho Cigars’ President and Master Blender, Claudio Sgroi.

The Spanish word “cosecha” translates to “harvest or agricultural yield” in English. The chosen name reflects the genuine nature of this line, which features Nicaraguan tobaccos solely from 2012 in this first release of this limited
edition evoking the “vintage” concept in the wine world: picking high quality fruits from a specific year, and a particular harvest or crop.

The cigars in this first release have been in the aging room at Casa Favilli, Mombacho’s factory in Granada, Nicaragua since late 2013. Additionally, Cosecha 2013, 2014 and 2015 have already been rolled and feature tobacco exclusively from the corresponding year and all of them are 100% Nicaraguan puros. These future releases are currently resting in the aging room at Casa Favilli for a minimum of four years until ready for distribution.

Each Cosecha release will be a 6 x 52 toro with a pigtail cap. The total number of cigars produced will depend on the crop yield of each year. The Cosecha 2012 has an MSPR of $21.95 and will be available in boxes of 10. Only 5,000 cigars have been produced and they will ship to retailers at the end of August 2017.

For more new cigars, check out new offerings from Gran Habano and Tabacelera Falto, and a new humidor from Foundation Cigar. 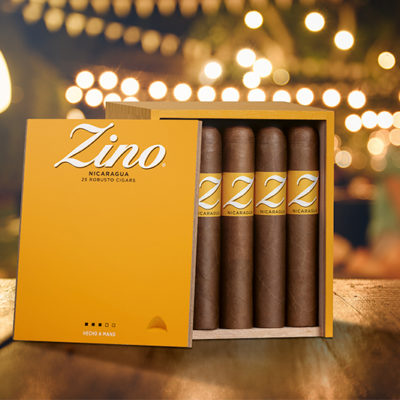 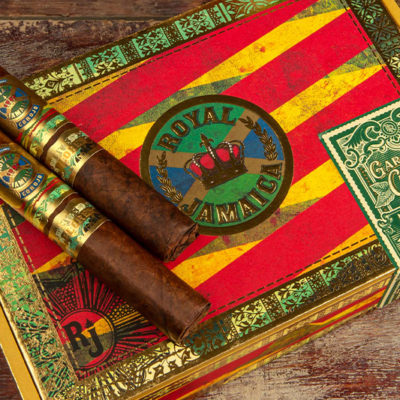 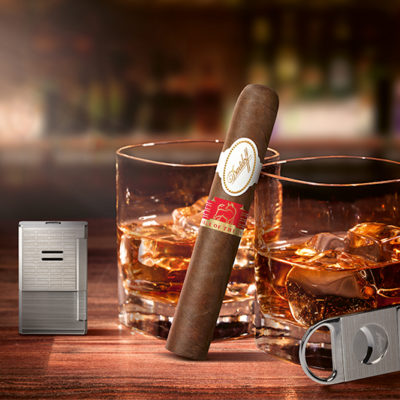 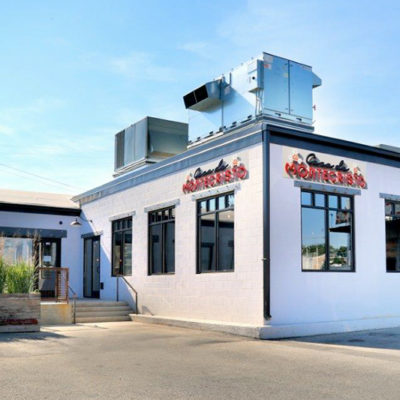