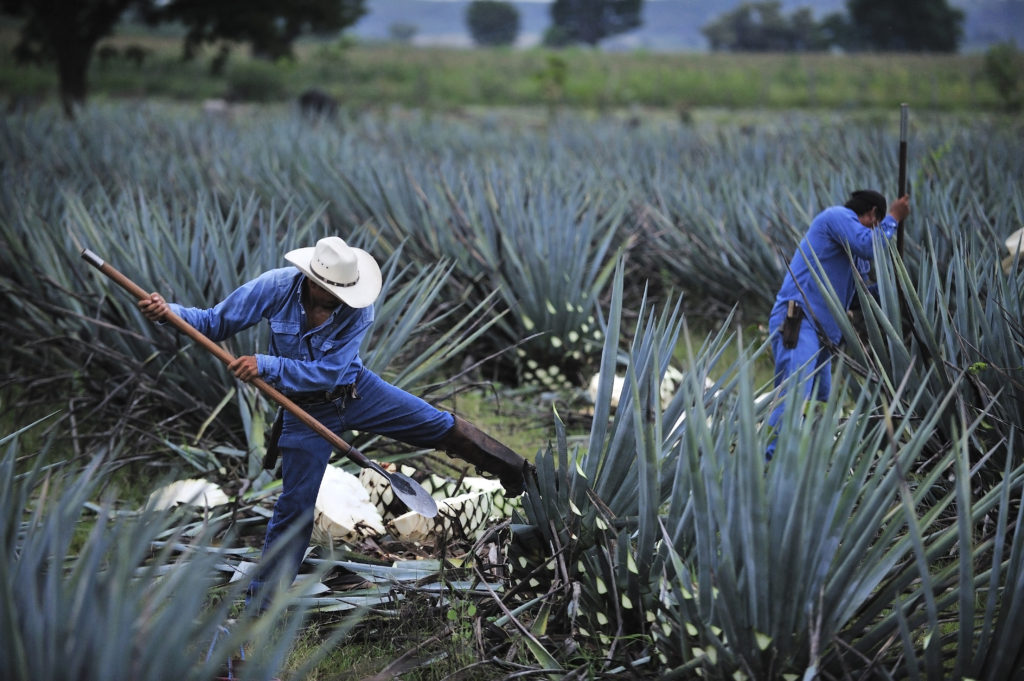 In life, we often start purchasing what we can most readily afford before graduating up and spending more on what should thusly be a better value. Electronics, haircuts, and toilet paper are just a few examples, but nowhere in life is it more gravely critical than with tequila. You can get hammered drinking cheap shots, but you’d be better off giving your buddy $25 to hit you in the head with a frying pan. At least then he could take you out for breakfast the next morning and you’d avoid the vomiting. Before we get ahead of ourselves, though, let’s back up a second.

Tequila often gets a bad rap because many have had bad experiences with it—and a bad experience with tequila is about as bad as it gets. But that’s bad tequila. Good tequila, on the other hand, is as great a spirit as you’ll find. The challenge is finding the one that best suits your taste. There are about 100 distilleries that account for the more than 1,000 brands of tequila on the market, and as tequila is one of the more complicated and labor-intensive spirits to make, the quality spectrum is every bit as wide as you’d expect. The good news—this was going to be the secret ending that I’ll share now—is that the only way to find the tequila you like best is to go out and sample like crazy. But keep reading, as a little knowledge will improve the journey. 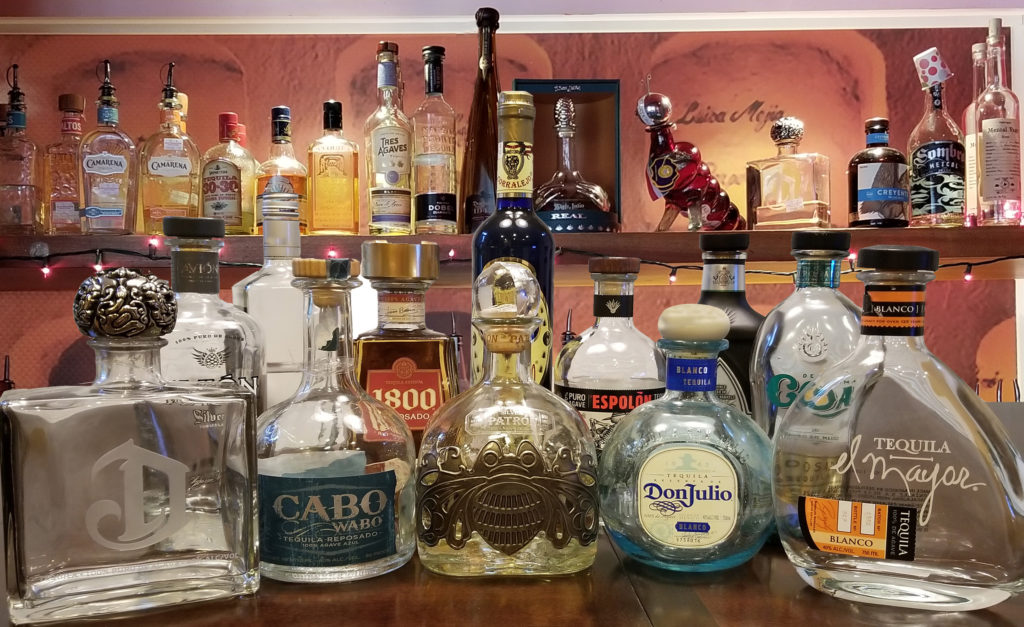 First, why do you want to drink tequila? If it’s because you just want to get wasted, then the good news is that you can stop reading right now and get on with it. Grab a bottle of Jose Cuervo, strain it through ice, lick some salt, slam the shot, and shove a lime wedge in your mouth (all four actions are designed to cloak the flavor). Repeat as needed.

Good tequila, however, is best sipped neat out a snifter (or a caballito if you want to be truly authentic) so its complex tastes can be savored. The taste of tequila is unique and difficult to describe. It’s more vegetal than a grain spirit, with brighter notes. Depending on where it is produced, it can be acidic or earthy, fruity or peppery.

If you want to drink tequila as part of a mixed drink, the rules are similar to drinking it straight. If it’s getting mixed with cheap, syrupy crap, then adding a quality tequila won’t save the drink. If you’re starting with quality, fresh ingredients, on the other hand, then bring on the good stuff. To a point. So figure out where your point is and when you’ll start seeing diminishing returns on your investment.

The making of tequila is fascinating and tremendously complicated, and when you understand it, suddenly the prices you pay don’t seem as outrageous. Words on these pages can’t do the process justice, so if you’re interested, there are numerous videos/documentaries on the process to check out.

Tequila is distilled from the blue Weber agave plant and can legally be produced in only five Mexican states (like Champagne in France and bourbon in Kentucky)—mostly from Jalisco in the central western part of the country. Beyond the legalities, agave is arduous to grow. It needs a hot, arid environment, thrives in volcanic soil, and takes on different characteristics at different elevations. If that weren’t enough, it takes the plant anywhere from six to 12 years to mature in order to produce its “heart,” from which this nectar of the gods is made. So it’s not about shepherding the temperamental crop through a single growing season; it could be up to a dozen. And growing the plants actually isn’t the hard part.

A mature heart, known as the piña, weighs anywhere from 100 to 250 pounds, with at least 100 pounds needed to produce one case of booze. The higher elevations produce larger piñas, which take more time to mature, and because of higher carbohydrate content (generally) produce sweeter tequila than what is found in the valley. Once the piña is harvested—manually, by jimadores using a coa, which is essentially a long, razor-sharp ax—the heart is baked and processed. This is where the quality really starts to diverge. Knowing the exact details of how your tequila is processed probably won’t help your enjoyment of it, but it may at least help you understand why there are such variations. The traditional baking method uses a wood-burning oven, but today more efficient gas ovens are common.

The baked piñas are “juiced,” with some distilleries still using old-fashioned stones (some still powered by mules) to crush the liquid out, while most others now use mechanical shredders. The extracted agave juice then goes into vats to ferment. The longer it’s allowed to ferment, the better tequila flavor you get. Some distilleries give it seven days to ferment naturally, while others add agents to speed up the process to as little as 20 hours. From there it generally gets distilled twice.

What happens at this point is where most of your tequila-drinking opinions will develop. Tequila is split into three traditional—well, now it’s four, or maybe five—basic categories based on how it’s aged. The main three recognized categories are blanco, reposado, and añejo (which all confusingly have multiple names). In 2006, the “extra añejo” category was introduced for tequilas that have been aged especially long. Conversely, you can lump all the cheap tequilas together as “gold” or mixtos even though they aren’t official categories.

With aging categories established, the tequila characteristics can then be divided again via geography, which greatly influences flavor, and all that is before we get back to the distilleries, where generations of knowledge has been passed down to skilled artisans who tweak the 300 known compounds that combine and interact to create each brand’s distinct flavor. 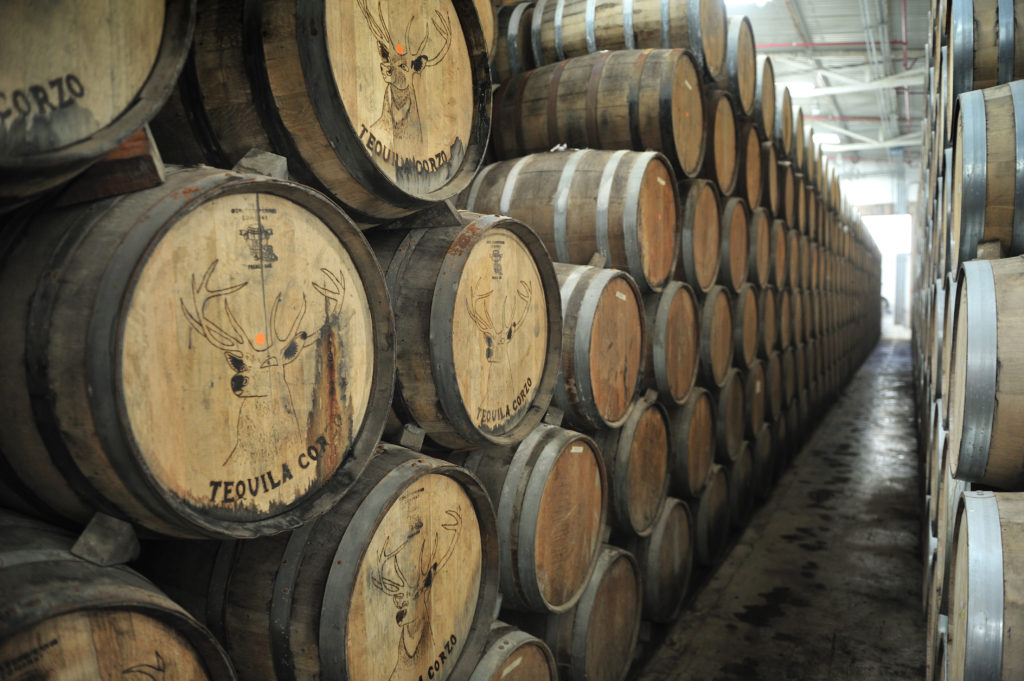 Sounds way too complicated, right? For most people it is. As stated previously, though, if you want to find the tequila perfect for you, keep sampling. Find a bar that sells tequila flights so you can try three or four at a time for a reduced price. It also allows you to put them head to head. Take notes as you do it, because too many at once will become hard to distinguish later on (for various reasons). There are even apps out there to assist. My personal favorite is Tequila Matchmaker, which at the very least helps you track which ones you’ve tried and liked.

Once you find several you like (or don’t like), do some research and see if they have anything in common. Hell, they may come from the same distillery. That can help guide as you start hunting for new variations. It’s going to take some work, and a lot of trial and error, but in the end, finding some go-to tequilas will likely be the most worthwhile endeavor you will ever undertake in your life! (At least it was for me. Sorry, kids.)

Gold, Joven, Mixto, Oro
It’s not a true category; it’s just where the lesser tequilas get lumped. All the tequilas worth talking about are produced from 100 percent agave; however, a distilled spirit from the region that contains 51 percent agave can legally be called tequila. These are the well brands with which most margaritas are made. This category is home to most “gold” tequilas, or mixtos (also known as joven and oro), because colorings, flavorings, and cheaper alcohols are mixed in to fill the other half of the bottle. (Confusingly, some gold brands are 100 percent agave tequila, combining a quality blanco with reposado or añejo, so they are actually very good.) Why drink? If you’re having a mixed drink where the tequila taste is going to get overpowered anyway, this will save money.

Blanco, Silver, White, Plata, Platinum
After distilling, tequila can go straight to bottling, but more often it sits in vats to mellow. Tequila that sits for less than two months is classified as blanco, also known as silver, white, plata, and platinum. This is the agave spirit in its purest form. It’s clear, naturally sweet, and has a spicy, peppery bite. Why drink? This is what tequila tastes like, and it’s wonderful. A bottle of blanco is usually a few dollars cheaper than its reposado counterpart.

Reposado
Reposado means “restful” and represents the category for tequilas that have been aged more than two months but less than a year. This is the most popular category because the tequila has had time to mellow but still retains its true agave flavor. These tequilas can be stored in tanks, but most end up in small, wood barrels. Those in wood start to take on a golden hue and will pick up the flavor of the container. If it’s a new oak barrel, you get that slightly woody smoothness. If the barrel is charred, you get a smoky flavor. If it was previously used to age bourbon, cognac, or wine, it takes on that flavor. Why drink? The barrel aging helps mellow the spirit without killing the tequila taste. For most tequila lovers, this is the favorite.

Añejo
Añejo means old and is used to describe tequilas that are aged longer. These are tequilas stored in barrels for one to three years. Most of these barrels previously stored other spirits (mostly bourbon but sometimes even other tequilas), so the extended time causes the tequila to take on a darker amber color, and the flavors become smoother, richer, and more complex. You have to be careful here, though, as the true tequila flavor can start to get lost. Why drink? These are definitely meant to be sipped, savored, and appreciated. No shots here, please. The complex flavors pair well with foods and cigars, very similar to bourbon.

Extra Añejo
These “ultra-aged” tequilas follow the same rules as añejos except they remain in barrels for more than three years, thus taking on a much darker mahogany color. At this point you lose much of the tequila flavor, but you gain a luxurious spirit that is smooth and complex. Sometimes much older tequilas are blended with the three-year-old batches to “speed along” the process. Why drink? If you enjoy high-quality, aged spirits, this is tequila’s offering.

If you love tequila, check out these other three recipes for the warm summer days.