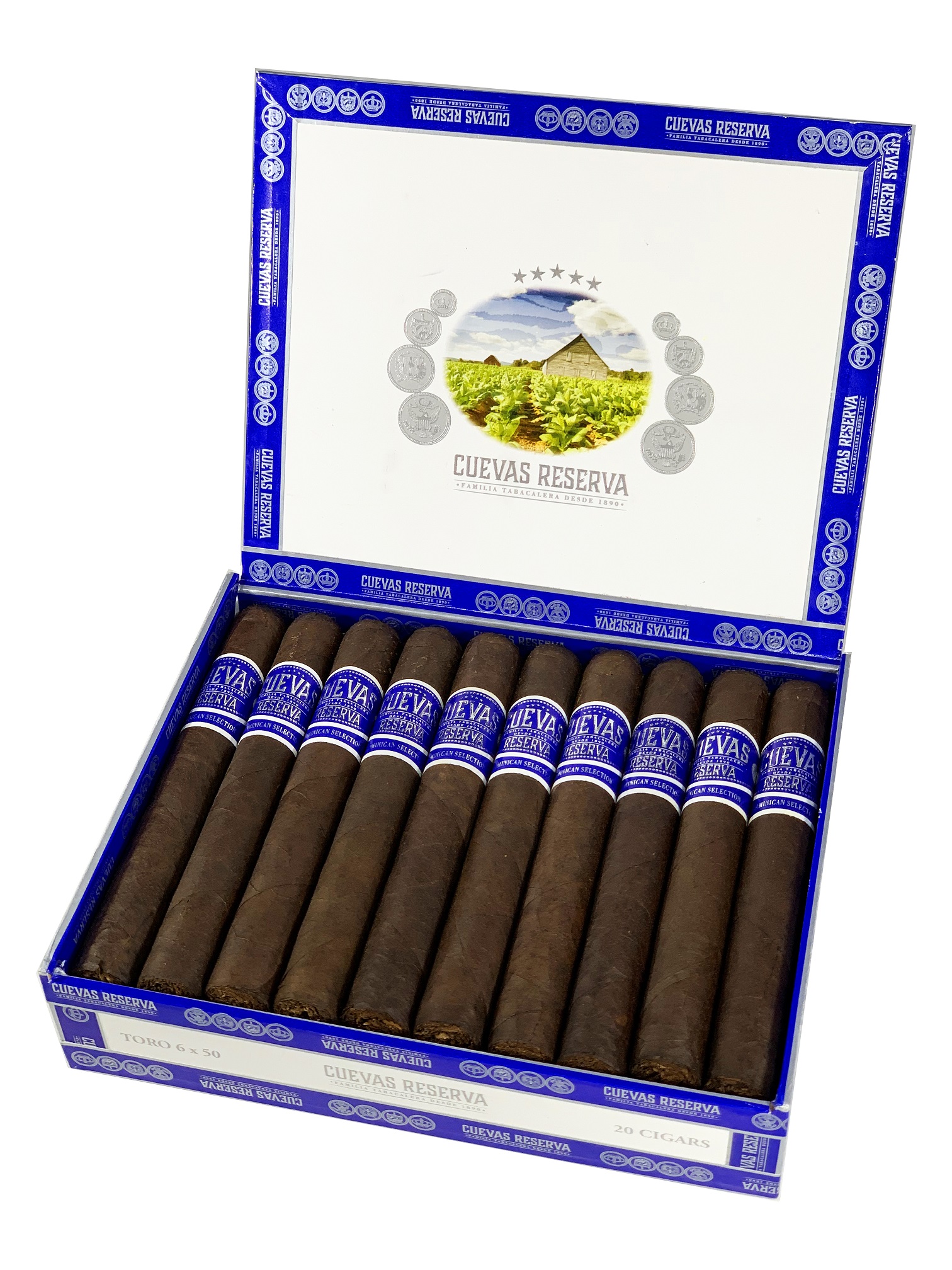 Luis Cuevas Sr., the patriarch of the four-generation tobacco family, introduced the Cuevas Reserva brand in the early 2000’s but was faced with a huge dilemma. At that point, it was either take a chance and put forth efforts (and capital) to introduce his own brand, or concentrate on his newly thriving factory, which was blending and rolling quality private label cigars for other companies.

Luis Sr. decided to sacrifice potential glory for long-term stability for his family. Years later, in 2016, his son Luis Cuevas Jr. convinced his father to create their own line of cigars, Casa Cuevas Cigars. The father and son team decided it was now time for the full-scale distribution of the Cuevas Reserva brand.

The Cuevas Reserva Maduro features a Mexican San Andres wrapper, a Dominican, Pilloto Cubano binder, and Dominican and Nicaraguan (ometepe) fillers, this blend is a personal favorite of Luis Cuevas Sr. as it boasts a full-flavor smoking experience, in a perfectly balanced medium to full bodied cigar.

The Cuevas Reserva Natural features an Habano binder with a mix of fillers from the Dominican Republic, Nicaragua, and the U.S.A., all wrapped in an Ecuadorean Connecticut wrapper. This blend provides a perfectly smooth smoking experience which features nuanced earthy flavors.

“The Cuevas Reserva for my father was supposed to be the Cuevas signature brand back well over a decade ago,” said Luis Cuevas Jr. “As with all things in life, plans always change. I am proud to have worked closely with my father and my son Alec Cuevas, who is now part of the family business recreating this blend. I am ecstatic that this brand has come full circle, as we can now present it as a family project to the consumer.”

Both blends are initially released in three vitolas (toro, torpedo, and robusto) with more to follow in the future. MSRP ranges from $9.50 to $11.40. 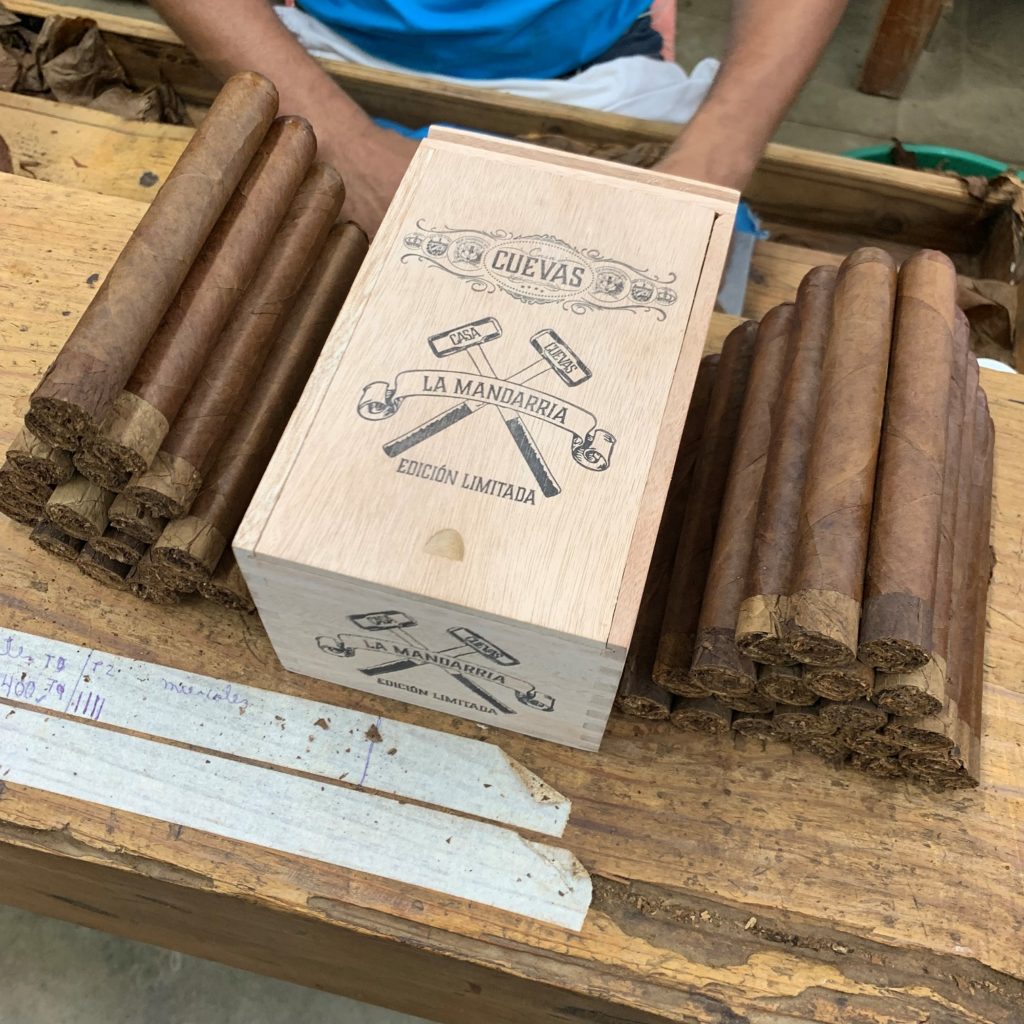 La Mandarria was born out of the unfortunate robbery which occurred in February 2019 at the Casa Cuevas Cigars distribution center in Miami. Burglars used sledgehammers to break in and steal over 25,000 of the Casa Cuevas brands which included the Casa Cuevas Limited Edition Flaco and Casa Cuevas core line of cigars. The Cuevas family made the decision to forge ahead and create a cigar that will mark the era where they faced and overcame adversity.

“La Mandarria is a testament to the values that my father taught me as a child,” said Luis Cuevas Jr. “He was a fighter who optimized the American dream. As a small cigar company, the robbery was an obstacle, but nothing he hasn’t been able to deal with in his storied past. The Mandarria represents the principal tool used against us, but also represents the strength and will of my father. We look forward to sharing ‘La Mandarria’ with the public in Las Vegas at the 2019 IPCPR.”

The Mandarria is a full-bodied cigar that will be offered in only one vitola. The 6 x 52 Toro was chosen as Cuevas Sr. felt this vitola was a perfect balance between its strength, which is a representation of the “Mandarria” name, and the cigar’s nuanced flavors.

Wrapped in beautiful Ecuadorean Habano wrapper and featuring a pigtail and shaggy foot, these cigars will be the first full-body and full-strength cigars in the Casa Cuevas line-up.